What do you do with 365 used rubbers?

Turn them into a tire and call it a GOOD YEAR!

A girl promises to teach her boyfriend what 69ing is. He lies down on the floor and she squats down over his face to assume the position and farts. Embarrassed she stands up and apologizes. She squats down for another go but farts again, she gets up and apologizes again. Before she can have a third go, her boyfriend gets up and goes to walk out saying “yeah this isn’t really for me, I’m not having 67 more of those in my face”

A newlywed couple in a whirlwind romance took off for a honeymoon on remote islands.

After a passionate night, they woke the next morning, ate breakfast, and went to explore the island via horseback.

They made their way to the stables and found their steeds. While leading them out, the mans horse nipped at him. He laughed momentarily, turned around, and said “That’s one,” to the horse.

They got outside, and as he attempted to saddle the horse, it bucked away from his attempt. He sadly shook his head, and sternly said, “That’s two.”

They tried one more time and the horse whinnied playfully and loudly at the man. He dropped the saddle and walked to the stable. Walking back out with a shotgun, he firmly said, “That’s three,” and shot the horse.

The woman had no clue as to what just happened, and she started yelling at the man. “Why did you do that, why!?”

The man calmly turned around and looked her in the eyes and said, “That’s one.”

The lookout sees a pirate ship sailing their way. The captain shouts to his first mate, "Bring me my red shirt." The first mate brings the red shirt and the captain puts it on, and when the pirates try to board, the brave captain leads his men to victory. A few days later, the lookout screams, "Two pirate ships!" The crew is shivering like scared mice. But the courageous captain hollers, "Bring me my red shirt!" After the battle, the first mate asks, "Captain, why do you call for your red shirt before battle?" The captain replies, "So that if I am stabbed, you will not see me bleed." The next morning the lookout screams, "Ten pirate ships! We are surrounded!" The crew goes silent. They all look to their brave captain, waiting for his usual command. Calm as ever, the captain bellows .... "Bring me my brown pants!" 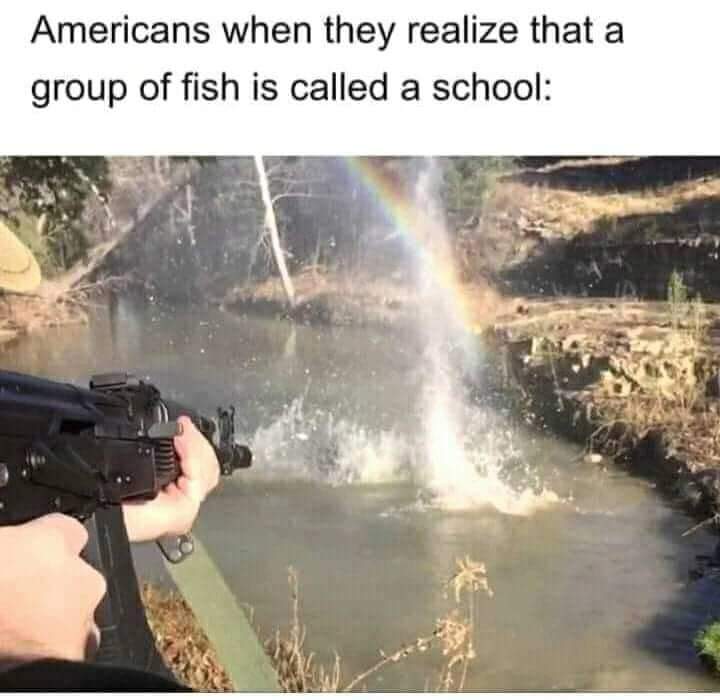 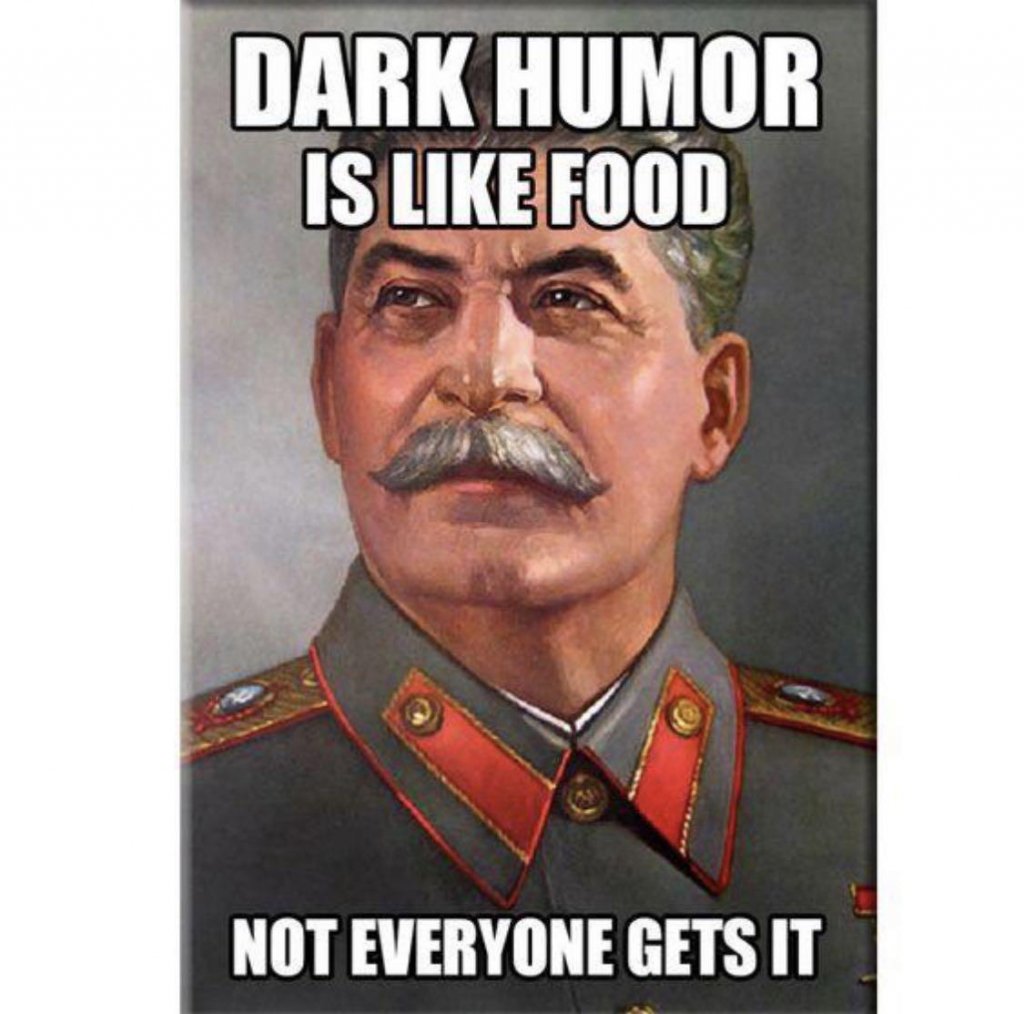 After an amazing 69 with his girlfriend, Mark remembered he had a dentist appointment. He was afraid that the dentist would smell pussy on his breath so he brushed his teeth 7 times and on top of that 2 liters of mouthwash. As he arrived at the dentist he chewed 5 strong mints too. The dentist told him to take a seat. Feeling confident & relaxed he opened his mouth wide. The dentist got close enough & said, "Man did you have a 69 before you came here?" Kevin Mark, shocked says, "Why, No! Does my breath smell like pussy?"
The dentist says, "No, but your forehead smells like ass!!!"
Last edited: Feb 11, 2021

This is obviously Russian disinformation; the use of an AK, instead of an AR, should have been a dead giveaway.

Plus fishing is always easier with dynamite.

A man goes home with a woman he met at the bar. When they get back to her place, she says, "I didn't want to tell you before, but I've got a fetish. I'd love it if you fucked me with your big toe."
The man, an agreeable sort, goes ahead and does it. Has a pretty good time. But a few days later, he notices his toe is red and inflamed, then it starts itching and burning.
He goes to the doctor, who seems very confused. But after a few tests, he says, "I don't know quite how to explain it, but you seem to have toe syphilis."
The man says, "Well I'll bet that's about the strangest thing you've ever seen."
The doctor responds, "Oh, you'd be surprised. I mean, just the other day I had a woman in here with athlete's vagina."

If you had to choose between your wife and finding your holy grail chip set, how would you display the chips inside the coffin with you?
T

RiverKingCali said:
If you had to choose between your wife and finding your holy grail chip set, how would you display the chips inside the coffin with you?
Click to expand...

Isn't the wife the reason why I am in the coffin in the first place?
I can have the coffin special made to accommodate the chips too

If I had my grail set, I wouldn't be able to afford the coffin.

Couple of Aussie legends...and one bloke who got my vote in the 80's

So this guy flops a set of Jacks and thinks he has a lock on the hand... 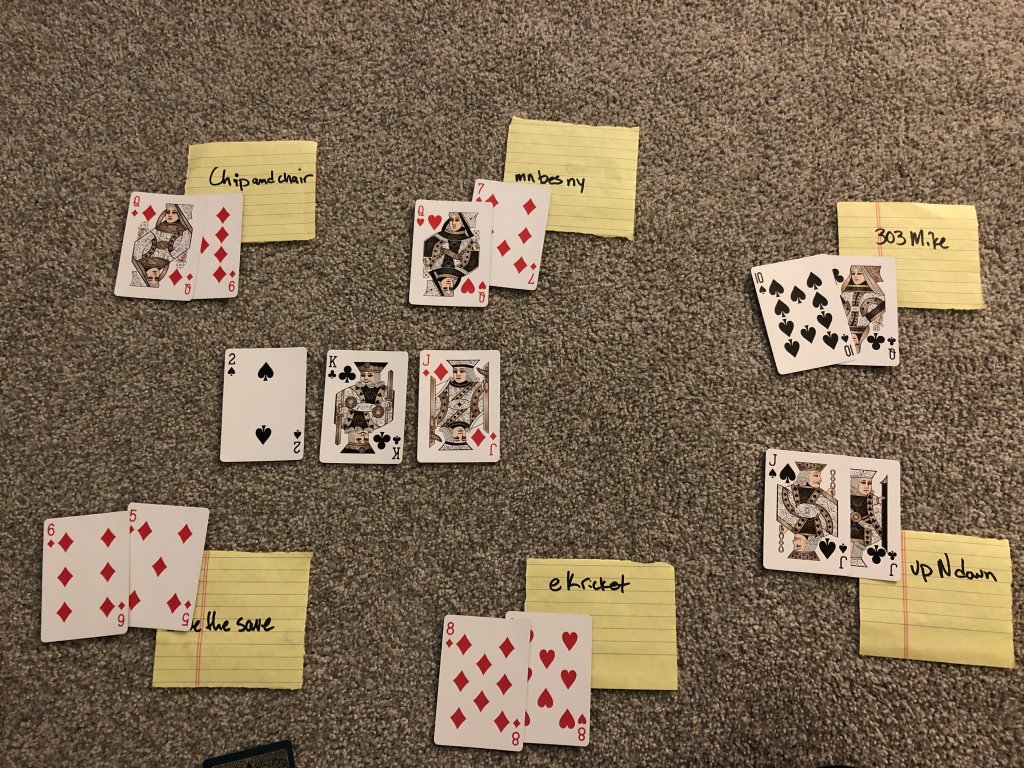 WedgeRock said:
So this guy flops a set of Jacks and thinks he has a lock on the hand...
Click to expand...

That’s what he gets for limping pre, and then checking the flop.

Im giving away my Empress set for free.....

Yoda says to baby Yoda, “what did I say to myself when I saw myself on one of those shiny, crystal clear 4K televisions?

(even Yoda has dad jokes)

Himewad said:
Yoda says to baby Yoda, “what did I say to myself when I saw myself on one of those shiny, crystal clear 4K televisions?

Best if said with the Yoda voice.

I hope Elon Musk never gets into a scandal. Elon-gate would be really drawn out.

Mr Winberg said:
I hope Elon Musk never gets into a scandal. Elon-gate would be really drawn out.
Click to expand... 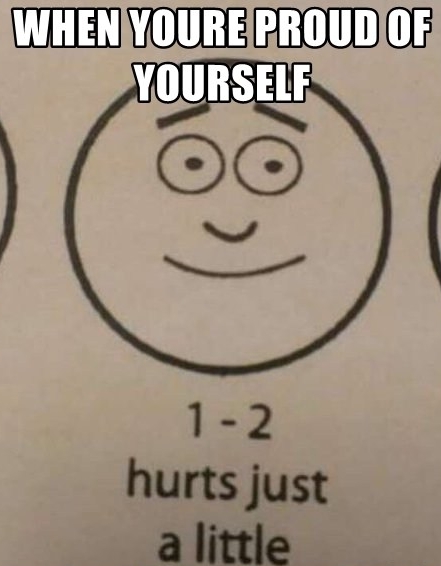 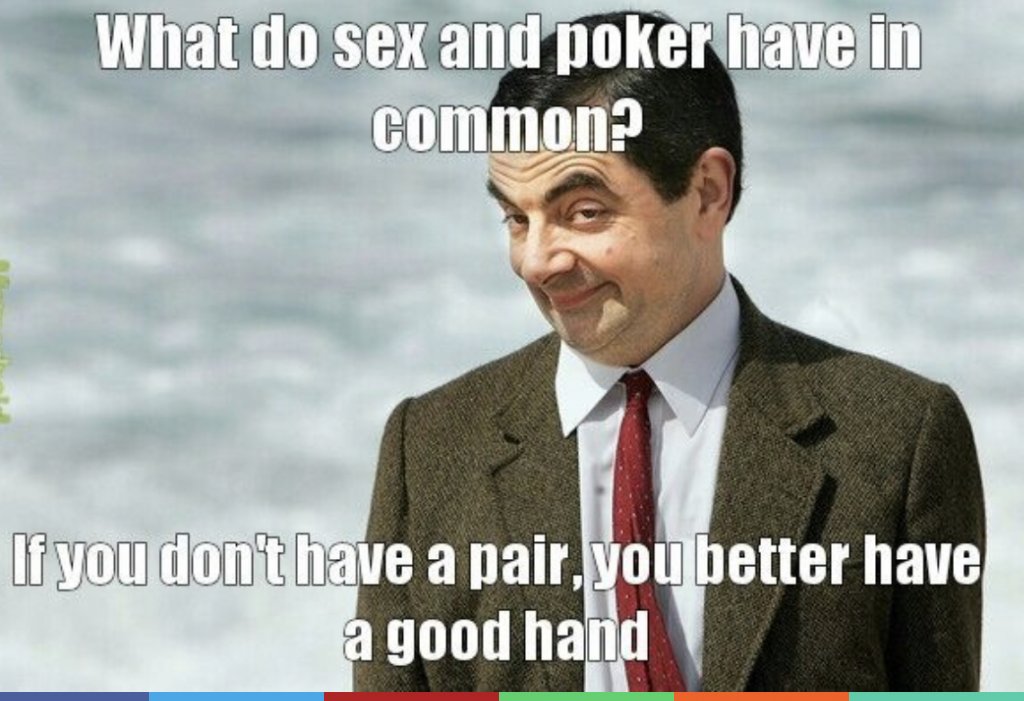 What do Olympic sprinters eat before their races?

Nothing. They fast! (They’re fast)

I prefer this joke in original version

Sex is like a bridge, if you don't have good partner you need to have good hand

surfik said:
I prefer this joke in original version

Sex is like a bridge, if you don't have good partner you need to have good hand
Click to expand...

That actually makes more sence (Though edit out the "a" before bridge, as that makes it sound like a chasm crossing device).

Poker Zombie said:
That actually makes more sence (Though edit out the "a" before bridge, as that makes it sound like a chasm crossing device).
Click to expand...

Still struggling with my English

surfik said:
Still struggling with my English
Click to expand...

Poker Zombie said:
That actually makes more sence (Though edit out the "a" before bridge, as that makes it sound like a chasm crossing device).
Click to expand...

I’m not an English major, but I don’t think “sence” is a word in the English language. It’s a homonym of a lot of other words in the language.
But the dictionary seems to change everyday, so who knows, it might be the only proper spelling anymore, because 5 letters in the correct order is much much harder than 5 letters in some random order.

The National Park Rangers are advising hikers in Glacier National Park and other Rocky Mountain parks to be alert for bears and take extra precautions to avoid an encounter.
They advise park visitors to wear little bells on their clothes so they make noise when hiking. The bell noise allows bears to hear them coming from a distance and not be startled by a hiker accidentally sneaking up on them. This might cause a bear to charge.
Visitors should also carry a pepper spray can just in case a bear is encountered. Spraying the pepper into the air will irritate the bear's sensitive nose and it will run away.
It is also a good idea to keep an eye out for fresh bear scat so you have an idea if bears are in the area. People should be able to recognize the difference between black bear and grizzly bear scat.
Black bear droppings are smaller and often contain berries, leaves, and possibly bits of fur. Grizzly bear droppings tend to contain small bells and smell of pepper.

Weak Pair and Flush Draw On The Turn - Opinions Please!