I knew the name of this company at one point but have forgot and failed last time I searched. Not Christy and Jones. It was like S and K or something? Historians won't even need to look at the pic. Medium quality, brittle, don't stack great and they made mostly (all?) greek key. Think the company might have used Roman and other old molds? Not the clay-i-est material but they seem to have had some kind of compression molding. 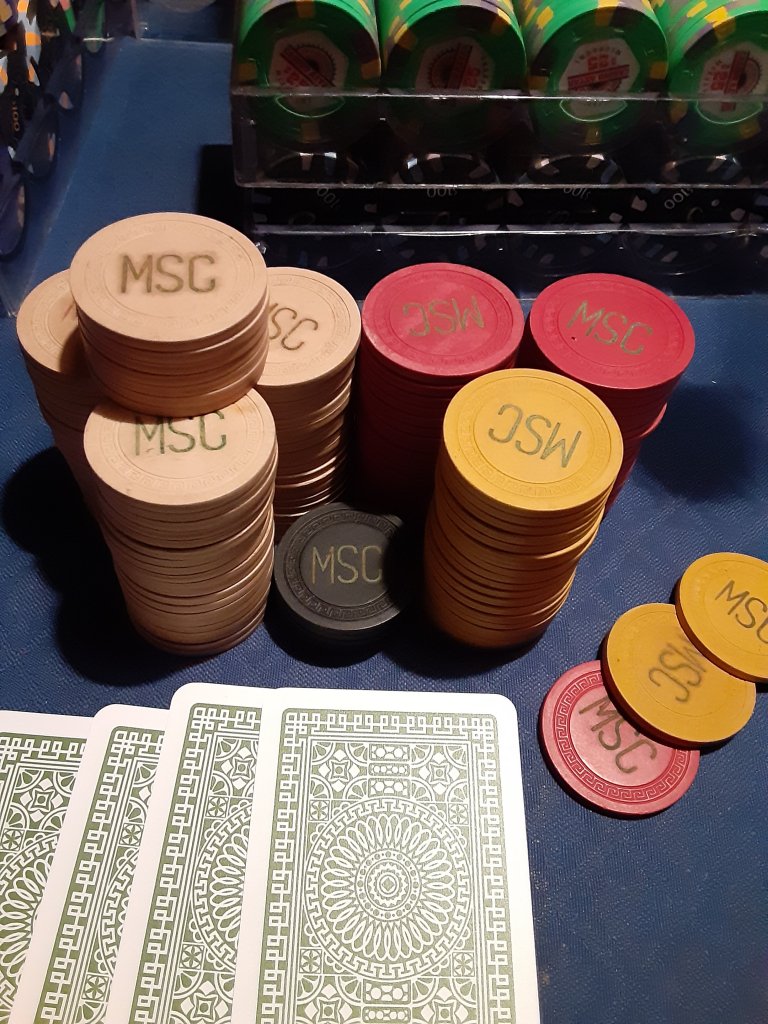 I'm 99.9% sure I could've PMed 'old greek key maker?' to AKchip and got the answer, but I'll give someone the chance to snatch my likes if they are so kind.

Anyway I had this set for like 4 years and just finally got them on my felt last night and the set is just soooo CUTE! They're like 38mm and stack like a bobblehead doll but the breakdown is adorable and the colors are really nice. Also they are apparently prone to shattering so if you ever come across some, don't drop them...

Nice chipes! Love the vintage look. As an FYI, the BC Wills chips were made by Burt & Co, predecessor of ASM, then CPC. 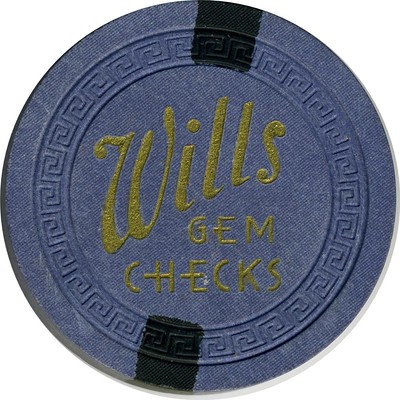 Chips Missing From my Shuffle Stack and Card Collection - Can You Help?

Finally, an end to the story of 1,000 wayward Key West chips