How to Prevent Cards From Warping

Many people on CT and other forums have complained about how their cards have warped or bowed with time (sometimes very little time) so I thought I would share how I prevent my cards from warping.

While in storage, it is the top and bottom card of a deck that is most likely to warp, so I always sandwich my decks between the jokers and other “non-cards” such as ranking-of-hand cards. If there is an odd number of “non-cards,” place the odd card on top of the deck as the top is more susceptible to warping. However if there is only one “non-card” place it on the bottom of the deck.

After the deck is sandwiched, place a cut card on top of the deck and then place two 11.5 gram OFFICIAL CASIO WEIGHT chips (or heavier) next to each other on the cut card. If the deck is already warped, place two rows of two chips on the cut card; this will not undue the warpage but after a deck is warped, it takes more weight to prevent it from warping more.

If the deck is already bowed, make sure to store the deck so that it is concave-up. This way the two chips press down on the two parts of the deck curving up. When the deck is stored concave-down, the cut cart usually tilts to one side so that the weight is not pressing into the middle of the bowed deck as much as the weight would be pressing on the upward curves of a concave-up stored deck.

If your deck does not have Jokers or other “non-cards” be sure to place a cut card on the bottom of the deck as well. 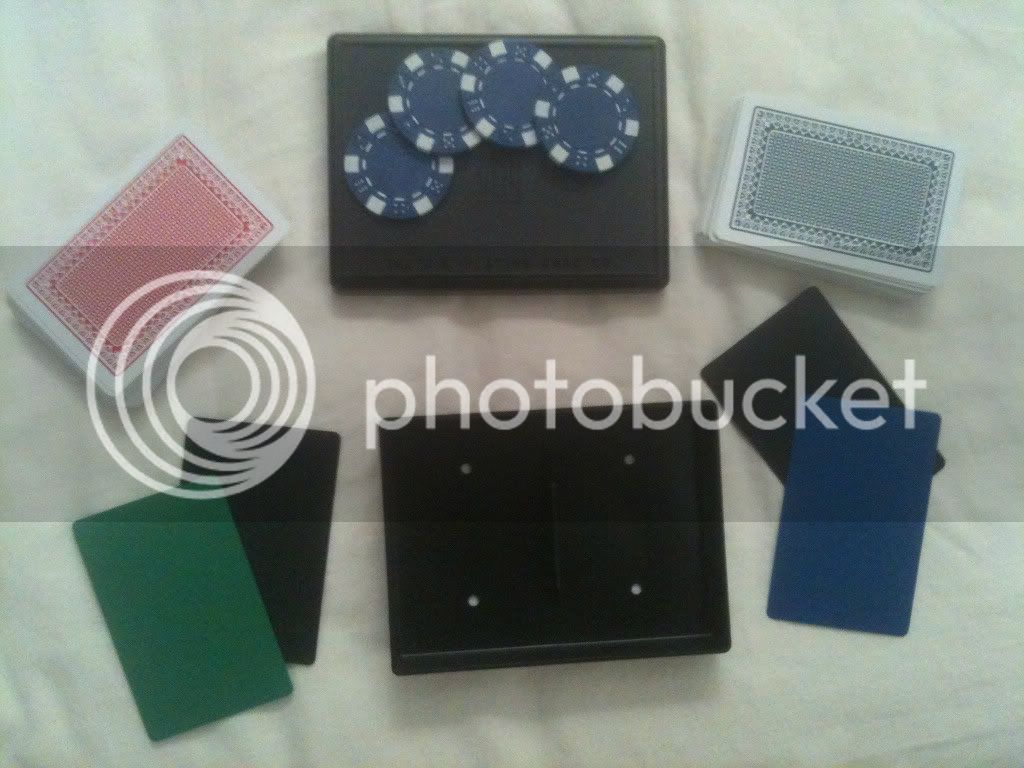 Place cut card on bottom (if jokers or "non-cards" are not available [or if you want to preserve the “non-cards” as well]): 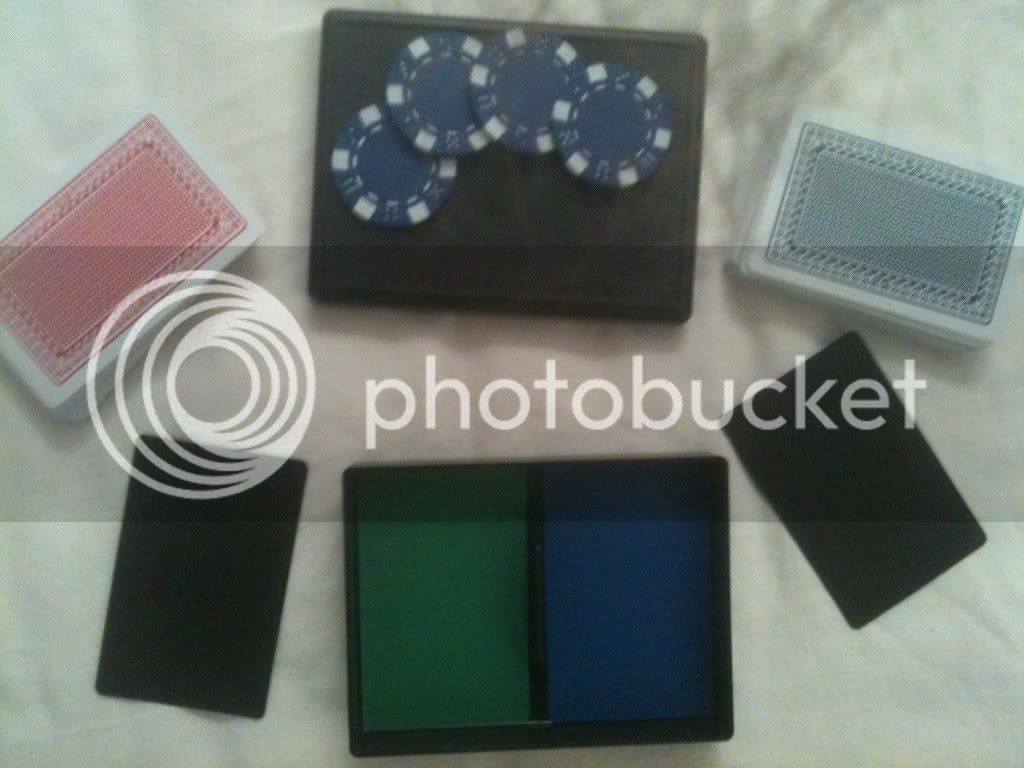 Place the deck in the tray (sandwiched between "non-cards" if possible): 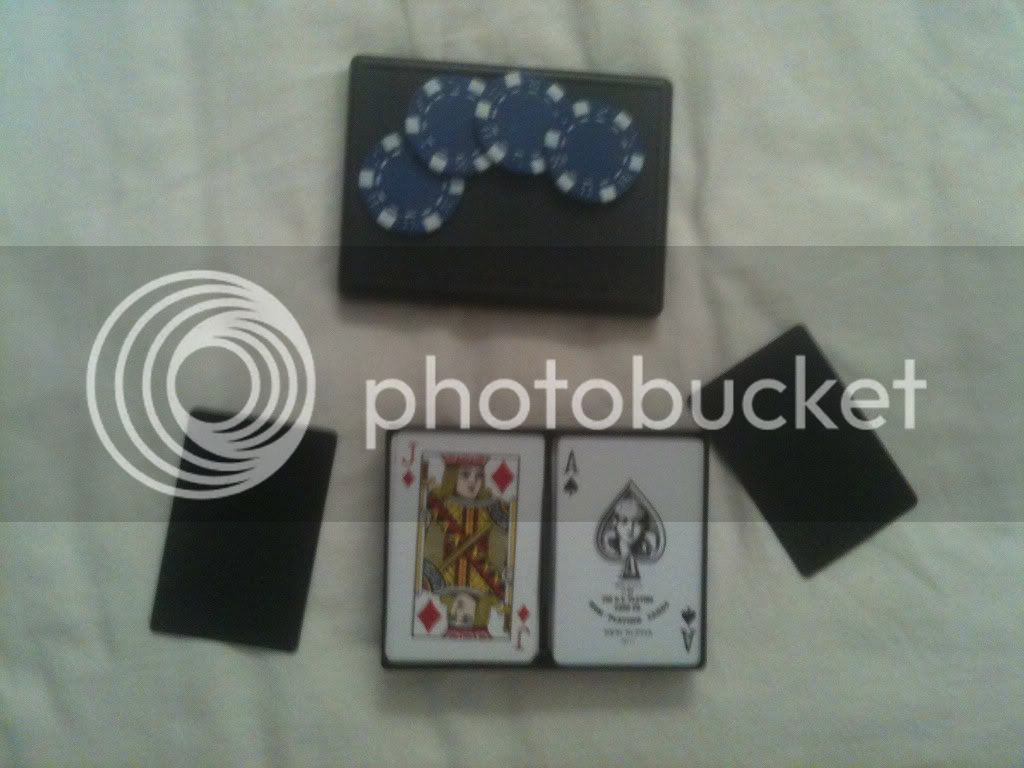 Place cut cards over the decks: 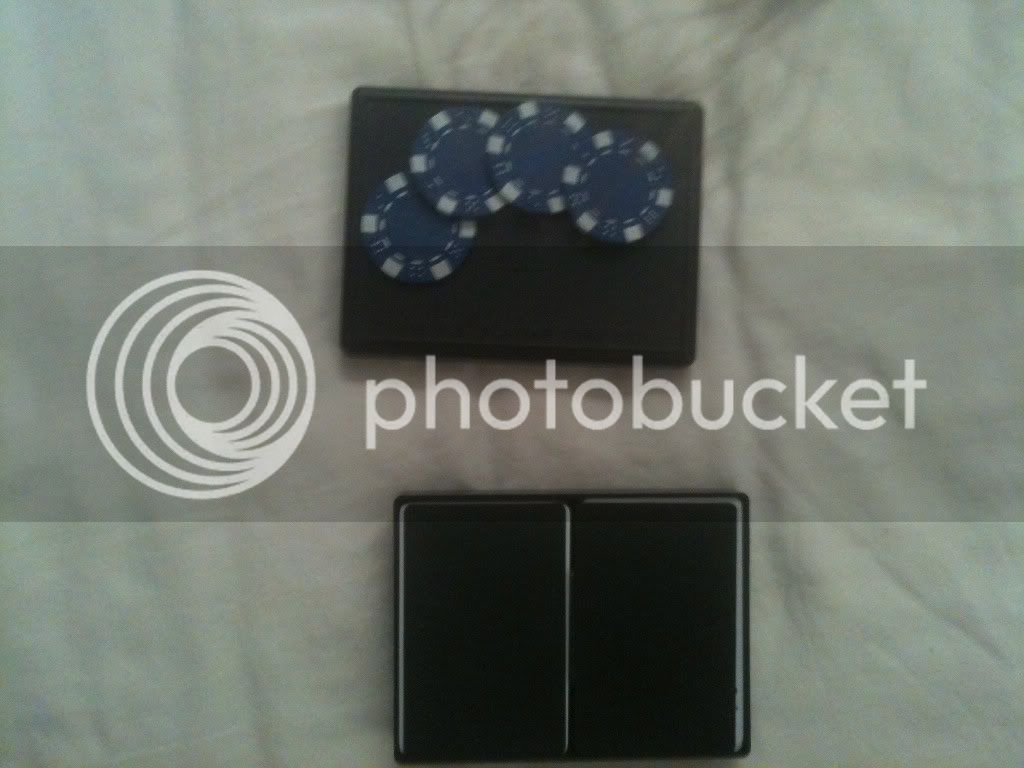 Place two chips on the the cut cards (double the chips for an already warped deck): 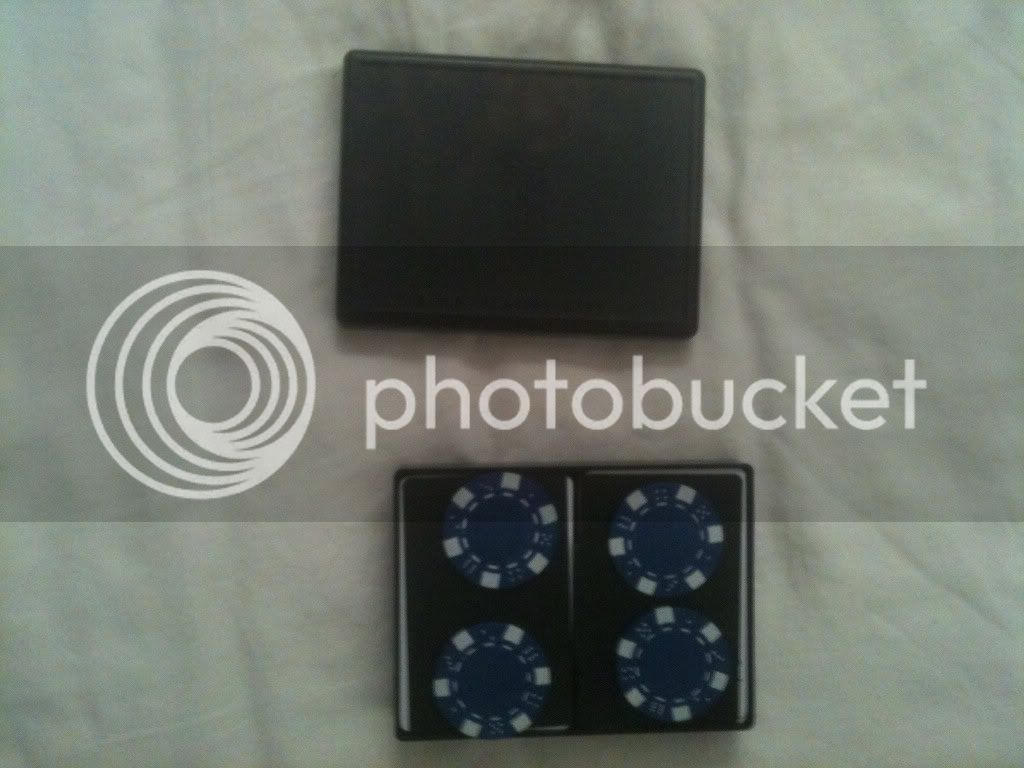 Close the lid and store away: 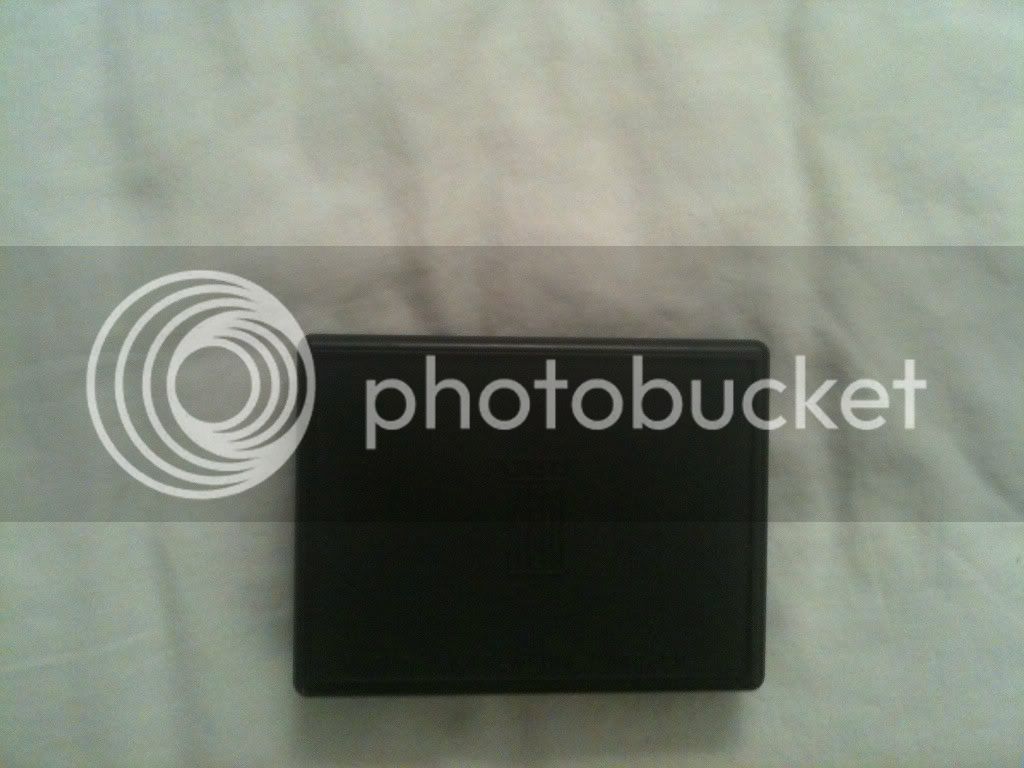 Using this method I have kept all my Kem and other decks of cards just as flat as they came despite living in high humidity levels that seem to offend cellulose acetate. Note that this only prevents unwarped decks from warping.

It is important to note that ALL decks warp with time, Kem cards are just much more susceptible to warping than most (get Modianos!). I do this to all my plastic decks, regardless of the material they are made of. Your decks WILL warp with time if they are not weighted!
Last edited: Nov 24, 2014

Very nice, thank you for the INFO. I really like the use of the dice chips......

Thanks for share try this method with some Gemaco bridge size , hate need buy some dice chips

Wouldn't you know. I am fresh out of official casino weight chips.

L
questions about decks I own

What is your dream/ideal playing card?