What distinguishes a jeton? (1 Viewer)

The glossary just says "A type of token used in European casinos." but I don't know what would distinguish it from other casino chips, either in appearance or in what is used for.

I'm not very knowledgeable about this, so if there's something that would be obvious from looking at the listings described as jetons, I'm missing it.

I actually got curious from reading a book about counting boards, which referred to casting-counters or jettons. But the period of history the book covers is from 13th to 17th centuries, and the jettons it talks about were typically made of metal, not ivory or clay, etc.

Yeah that definition is a little "light" in description. The CCA glossary ( http://www.ccgtcc.com/glossary.html )


Here's a pic of one in my collection. Very light weight. 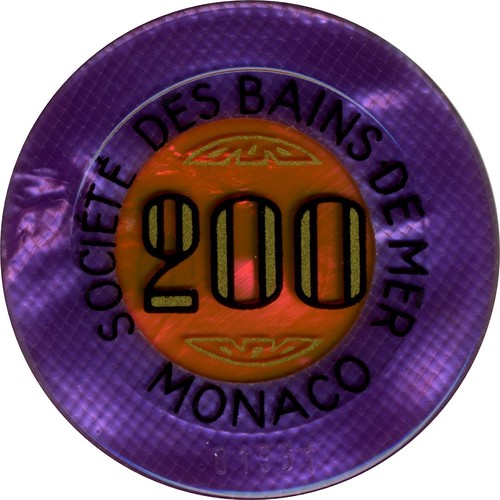 There was also a guy on PCF selling his set of Jeton's.

Here's the sales thread. Some nice pics of Jetons.

English is a weird language; we take words from other languages and end up using them in ways that were never intended.

"Jeton" is simply a French word which means roughly the same thing we mean by the word "token", and there are related words in other European languages (such as "żeton" and "zseton") that mean roughly the same thing. So the tokens used in casinos in Europe are called "jetons" by the Europeans because that's the word used in Europe for coin-like objects such as tokens. Meanwhile, in the US, we call the tokens used in casinos "poker chips" because of the historical prominence of poker in American gambling, and even before poker was big we called them "checks" because they represented a debt owed by the casino to the player.

Once upon a time, if you took a European to an American casino and pointed to the piles of chips and asked him "What are those?" he'd answer "Jetons", meaning coin-like tokens representing monetary value used in circumstances such as within a casino. And if you as an American went to a European casino and asked one of the natives "What are those?" while pointing at the piles of acrylic doo-dads, he'd likewise answer "Jetons". And then if you brought some back and showed them to your friends, and they asked "What are those?" then you'd say "Jetons!" because that's what your friends in Monaco said they were.

There's similar examples for other words. A very old example is "beef" meaning the meat from a cow, whereas in French "boeuf" is both the meat and the animal; we borrowed the word but changed the meaning to be more specific. Something more recent is the word "gelato" which in Italian simply means "ice cream" but in English means "the kind of ice cream that they serve in Italy".

Welcome to the forum!

That’s also why the dealer announces “check change” when you trade in high denom chips for lesser ones. They don’t say chip change, as chips are checks, or really should be spelled cheques. Tokens are what was used in slot machines

*Gasp* We should have been calling this place Poker Cheque Forum all along!
C

allforcharity said:
*Gasp* We should have been calling this place Poker Cheque Forum all along!
Click to expand...

coolguy101 said:
That’s also why the dealer announces “check change” when you trade in high denom chips for lesser ones. They don’t say chip change, as chips are checks, or really should be spelled cheques. Tokens are what was used in slot machines
Click to expand...


allforcharity said:
*Gasp* We should have been calling this place Poker Cheque Forum all along!
Click to expand...

Or "cheques" if you prefer. It's fancier that way.

Pulling out the obligatory reference to "the Movie"

MeridianFC said:
Or "cheques" if you prefer. It's fancier that way.

Pulling out the obligatory reference to "the Movie"

I wouldn’t expect the movie to be the Bible of poker terminology, but since it was a cash game, it should have been cheques you savages.

I just want to bring back "high society"

Dice Chips - Are They Edible? If Not, Then What

What chips are these? Boba Fett