200 Motels said:
I appreciate the testing. I'm very tempted to grab an US and some Simple Green to clean my filthy CPC set.
Click to expand...

No problem, just remember to do a test if you can

Finally got some time to do some cleaning.... 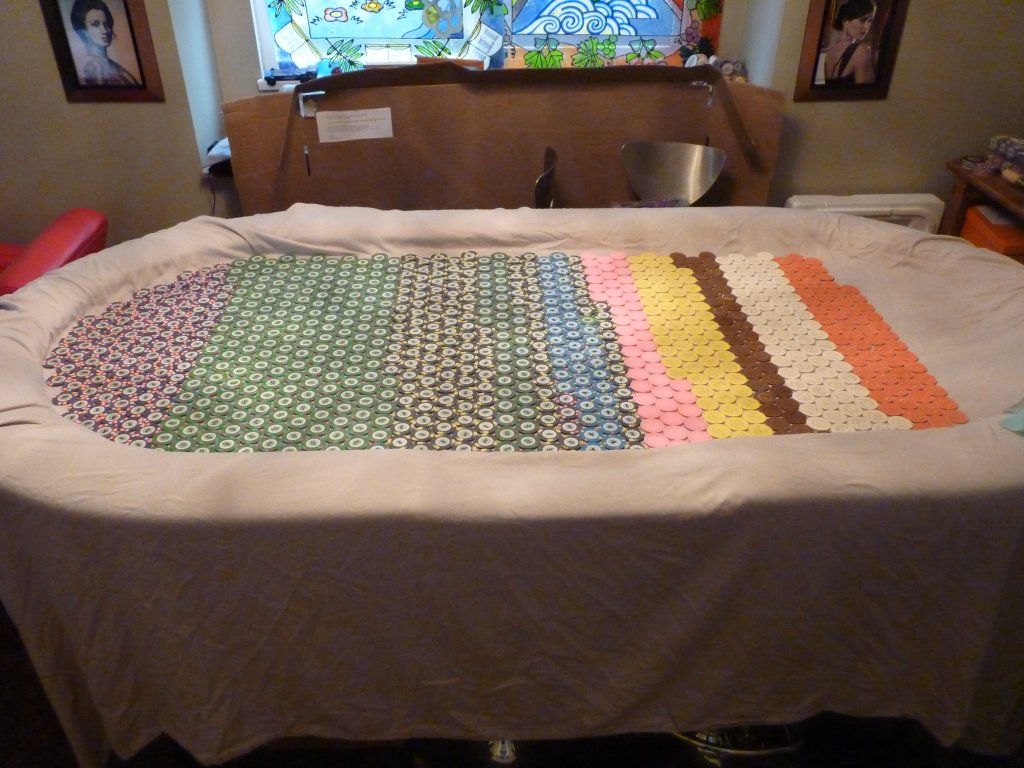 Man, those TRK (solid roulettes on the right) were DIRTY. The nastiness after cleaning just 2 barrels of them was worse than the previous 6 racks of chips combined.

allforcharity said:
Finally got some time to do some cleaning....

Man, those TRK (solid roulettes on the right) were DIRTY. The nastiness after cleaning just 2 barrels of them was worse than the previous 6 racks of chips combined.

Are those cpc chips on the left?

jbomb1018 said:
Are those cpc chips on the left?
Click to expand...

Nope. All the inlaid chips are CDI98. The Hot Pinks near the middle are milled THC solids. All the TRK are on the far right - not really playable quantities (except maybe heads up), bought them more as a curiosity.

BigSlick4523 said:
I am using a hard bristle big scrub brush and dawn dish soap on $1 clevelands its unreal lol
Click to expand...

How big of a brush?

BigSlick4523 said:
Its one of those brushes with two sides one is blue with harder bristles and the other side of the brush is white bristles thats softer it was like $4 I think its like a brush to scrub dishes with
Click to expand...

Will have to look into that, sounds like it may be better then a tooth brush

jbomb1018 said:
Will have to look into that, sounds like it may be better then a tooth brush
Click to expand...

jbomb1018 said:
Will have to look into that, sounds like it may be better then a tooth brush
Click to expand...

I heard of it, ill have to look into it

I thought this thread was about ultrasonic chip cleaning.

I had the opportunity to do some testing on Burt/ASM chips using Simple Green.

The results were acceptable, but not as good (or fast) as Paulsons with TSP. 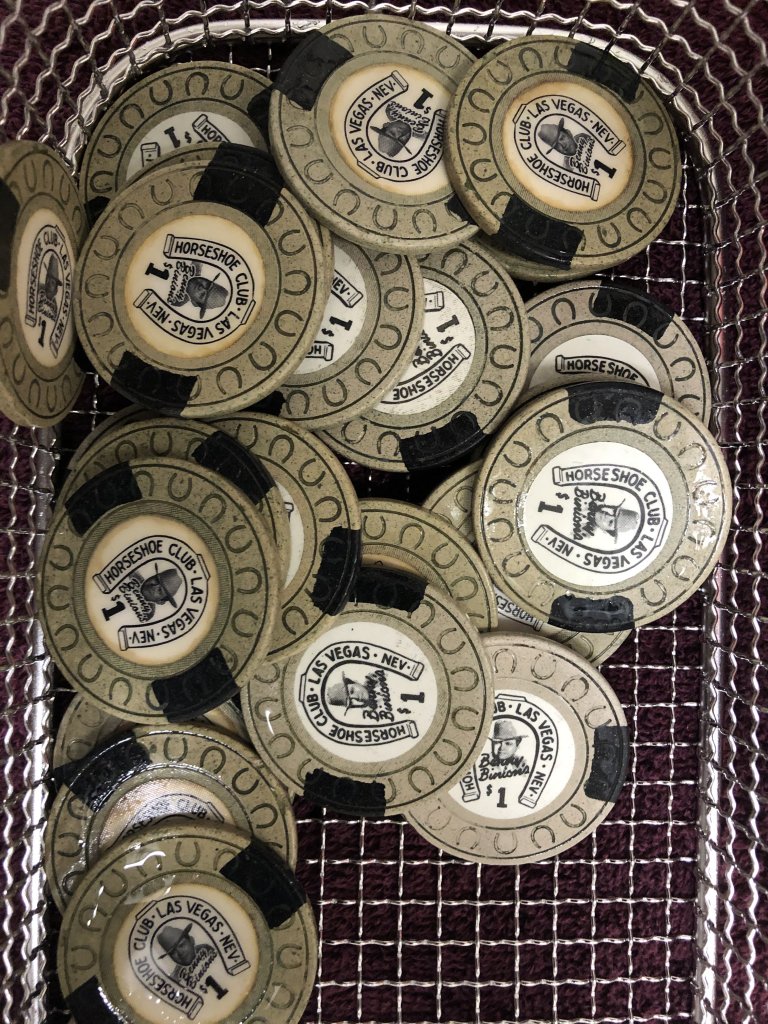 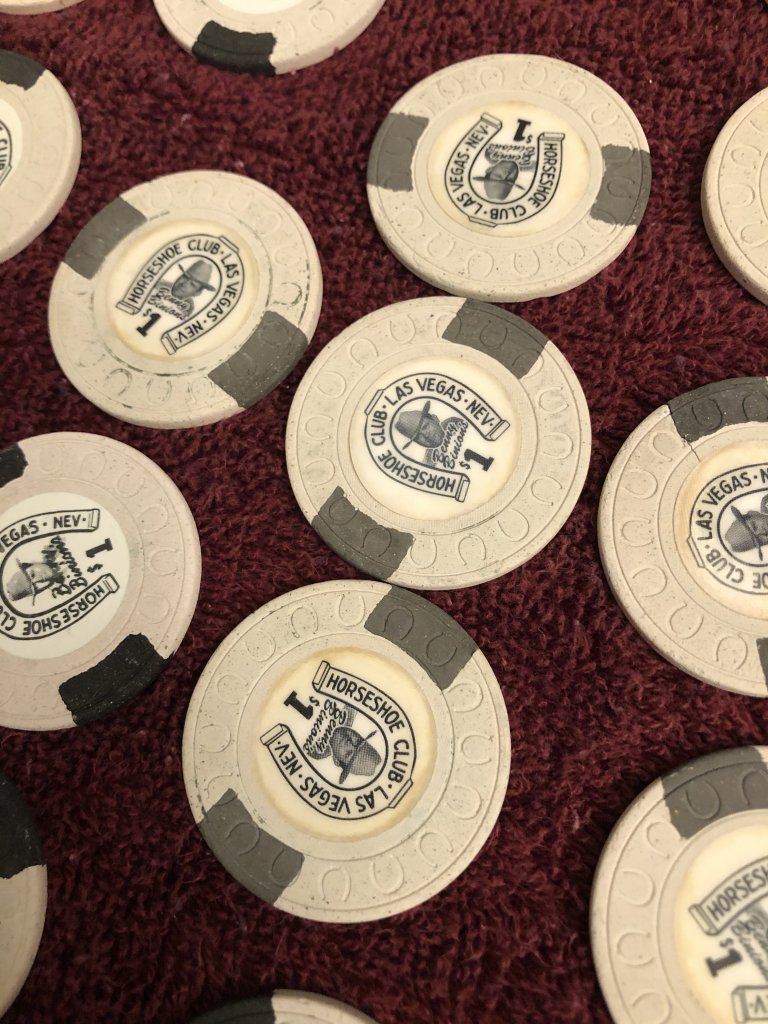 Some of the chips experienced some fading. This is presumed to have been caused be the long cleaning times in an increased temperature environment. The long duration caused the water temperature to increase continuously without additional heat being added. At the start of the testing, the water was 110 deg F... after 30 minutes of cleaning, the water had increased to ~135 deg F. I was in “Fuck it” mode while doing the tests, so I didn’t do anything to try to bring down the temperature. 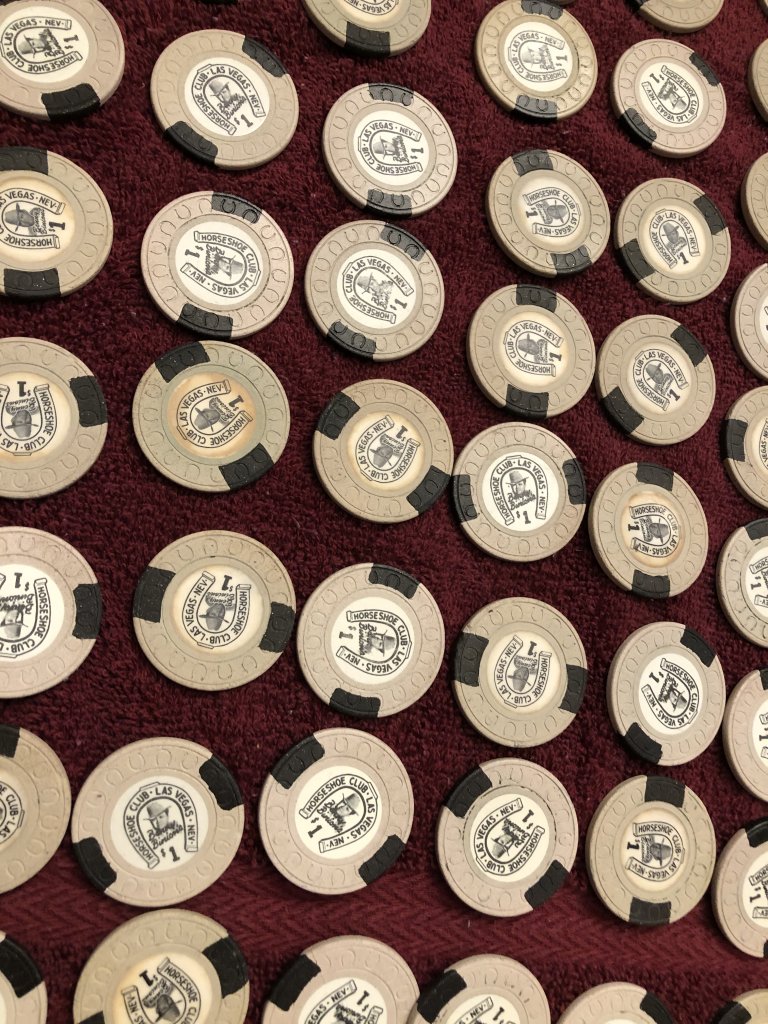 A bit of oil worked well to bring back the boldness of the black edgespots. Some of the gunk was stubborn. An additional 10 minute run was made on some chips with varying amounts of success. Notice some chips still have gunk in the horseshoes.

Conclusion
In general this methodology is less effort than Dawn and a scrub brush. It also results in cleaner chips. There is a bit of a rough texture on some of the chips. Oil helped reduce this texture. This texture might be a result of the high temperature. I don’t think the Simple Green attacked the chip. Nothing like Oxiclean or TSP.

Recommendations:
The following recommendations are suggested for anyone that is considering trying this method. It is plausible these recommendations will yield better results.
1. Higher concentration of Simple Green. Suggest double what was used in the tests above. i.e. 12 Tbsp.
2. Alternate cleaning solution. This ultimately is the challenge. Perhaps another biodegradable cleaner will yield better results.
3. Motor driven salad spinner. It is plausible that the agitation caused by the salad spinner can provide improvement. I have no interest in standing next to the machine for 30 minutes manually rotating the salad spinner. Devising a drive system solves that problem... whether it offers a benefit remains to be seen.

Thanks for posting your results. We'll see if I can replicate or experiment with the formula.
There seems to be many different products under the Simple Green banner. Any chance you can give us a snapshot of the one you used?

Thank you for the update and cleaning.

allforcharity said:
Thanks for posting your results. We'll see if I can replicate or experiment with the formula.
There seems to be many different products under the Simple Green banner. Any chance you can give us a snapshot of the one you used?
Click to expand... 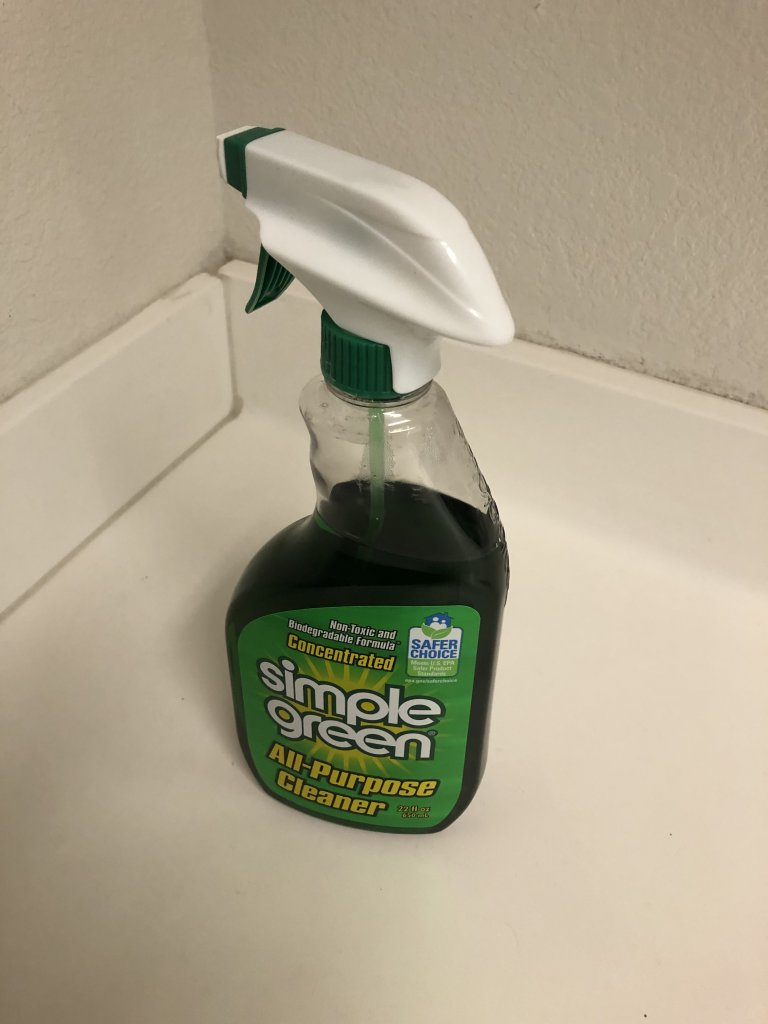 Hey, thanks to OP and all to contribuate this Bible thread !


I have a lot of chips to clean (50k), and one half is paulsons .. I dont want to brush them all one by one

I already have an ultrasonic machine, just have to bough the salad cleaner and .. TSP.

I'm asking about TSP, because in france we dont have access too !

Does Sodium Phosphate with distilled water will work in your opinion ?

Is there any risk ? For sure i can try on 40 of them to test. But i'd like to be sure before buy Sodium Phosphate

Disclaimer: I’m not a chemist.

I think the “sodium phosphate” you have found in France is likely the same as the TSP we have in the states. TSP is shorthand for “trisodium phosphate.” You may see mentioned in this thread the jargon “real” or “fake” TSP. I think most of us in the thread use what is referred to as fake TSP for cleaning the chips. There are definitely some that have used real TSP with success. The fake TSP is actually sodium metasilicate. Perhaps you will have success in France finding sodium metasilicate.
If you can’t find it, I would recommend trying the sodium phosphate on just one chip to see how it reacts. Just hold on to the chip with your fingers and insert it half way into the solution while the ultrasonic is running.. don’t insert your fingers. You should see the debris just melt away. Good luck.
Last edited: Dec 24, 2020

Thanks for your aswer, i'll try sodium metisilicate before trisodium phosphate, and i'll check with one chip to test that.
I think i can have Trisodium phosphate in France, it's hard to find but i'll have some i think.

I'll keep you informed by my tests 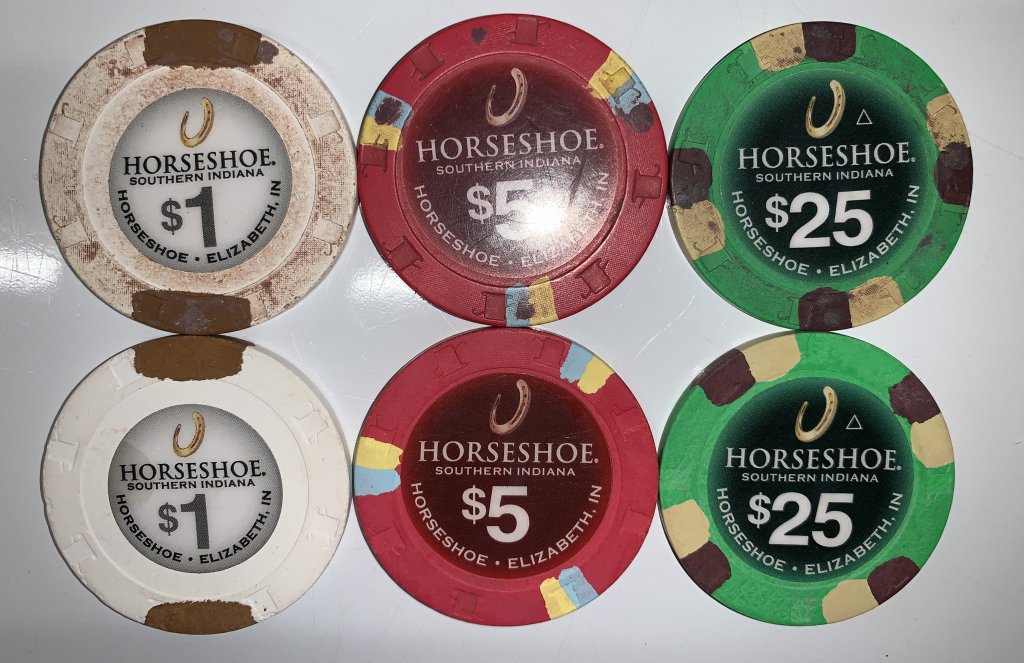 the whites also got a quick pass with a magic eraser.

dmoney said:
View attachment 615079
the whites also got a quick pass with a magic eraser.
Click to expand...

Wow those turned out nice 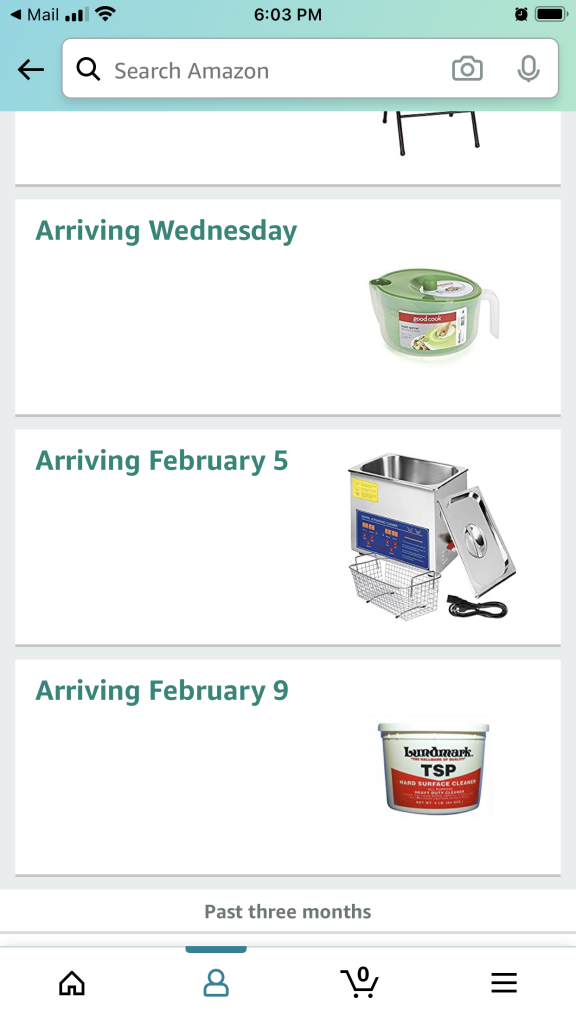 you all are a bunch of enablers.

Barberp said:
View attachment 620045
you all are a bunch of enablers.
Click to expand...

Is sodium metasilicate pentahydrate 99% what I want to get? The tsp seems to be sold out everywhere I’m looking. Amazon keeps refunding me.

Barberp said:
Is sodium metasilicate pentahydrate 99% what I want to get? The tsp seems to be sold out everywhere I’m looking. Amazon keeps refunding me.
Click to expand...

I used the Red Devil brand available on Amazon, if you're having a lot of trouble getting the Lundmark.

The salad spinner what a great idea but thanks for all the detailed info because I have a jewlery sonic cleaner and according to you it will not to the job so will use soap and an electronic tooth brush it will take longer but should do the job, any idea if it is bad for the chip paulson ? If the head of the tooth brush is medium to hard Thanks again

I have these chips arriving in the next week or so, and I have an absolute baller US cleaner available to me. Now I am reading that my things are mutually exclusive. Would love to hear what I can do besides hand clean, as I have 1200 coming.

Do you have extras you can test with?
You must log in or register to reply here.

Fading on ultrasonic cleaning: dependent on unit or agents?