Anyone try these yet...nice price. I have no affiliation FWIW.

^^This. Really nice-looking, if nothing else. Will let y'all know.

I will eagerly await some reviews

The question is, which one? The designs don't really jump out to me....

Apparently, they are made in India, and are available in standard index, bridge size only. Would have liked to see a poker-size option. Oh well...still looking forward to any reviews.

CdnBeerLover said:
they are made in India...
Click to expand...

I think they're shit!
M

Meh, got them today. Nothing special. They have a grainy finish. Slippery as shit. Seem very thin.

Probably use them for drinking games or something

Thanks for following up... Too bad.

Yes thanks. I was gonna buy some but not now.

Mental Nomad said:
Thanks for following up... Too bad.
Click to expand...

Yes, Thanks for the review

I'll second MAK's review... They do have a grainy finish on the pips side that resembles some Modianos but opposite to those, the OROs might be the thinest plastic cards I've ever seen... They are a bit slippery but not as slippery and plasticky as some of the really cheap cards... Even for $10, there's better value deals out there... I'd buy Copags all day for $15 compared to those at $10... I won't buy them again but it's worth trying at least for a few hands... Face doesn't look that bad and pips printing is not that bad either... 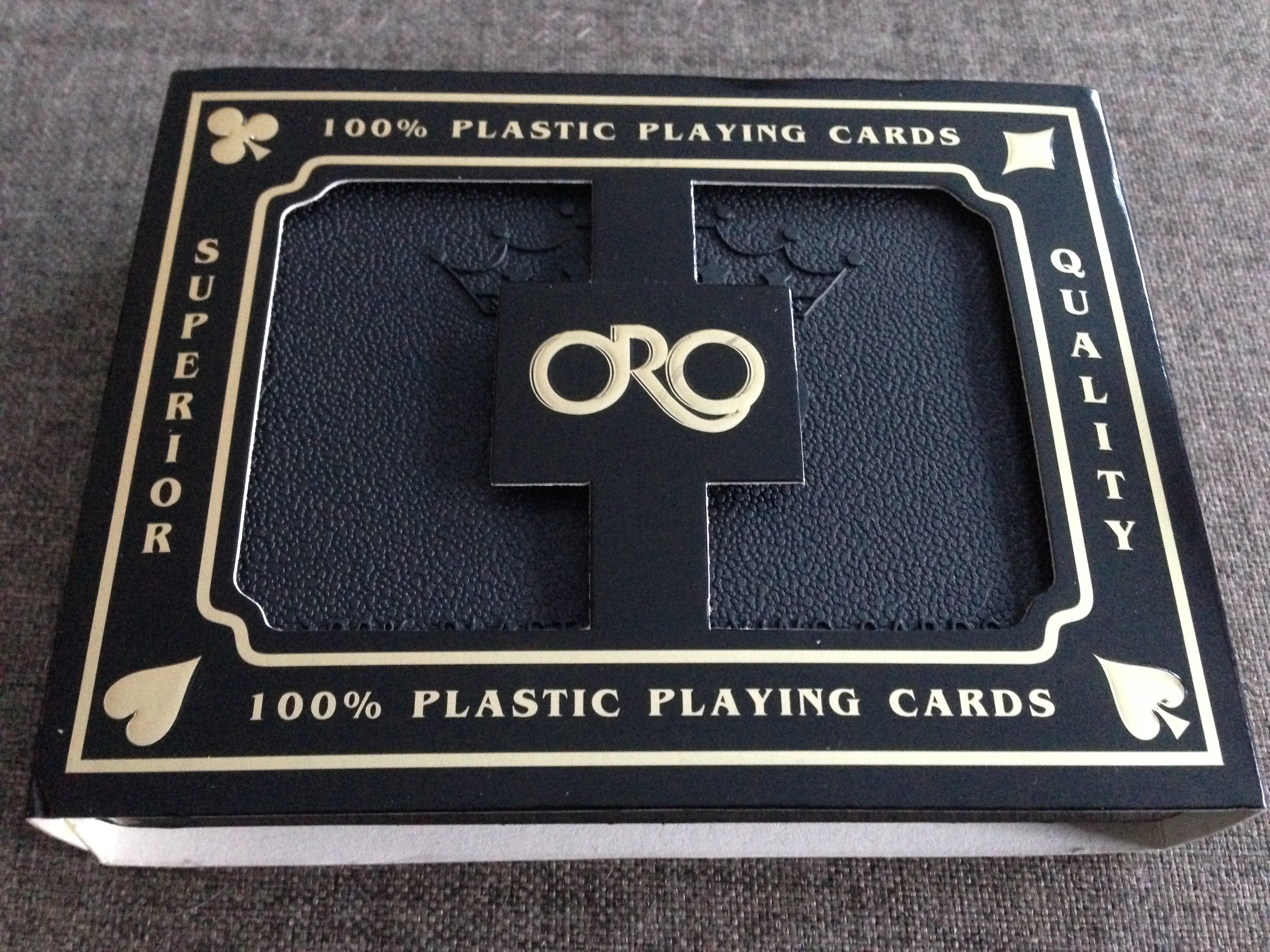 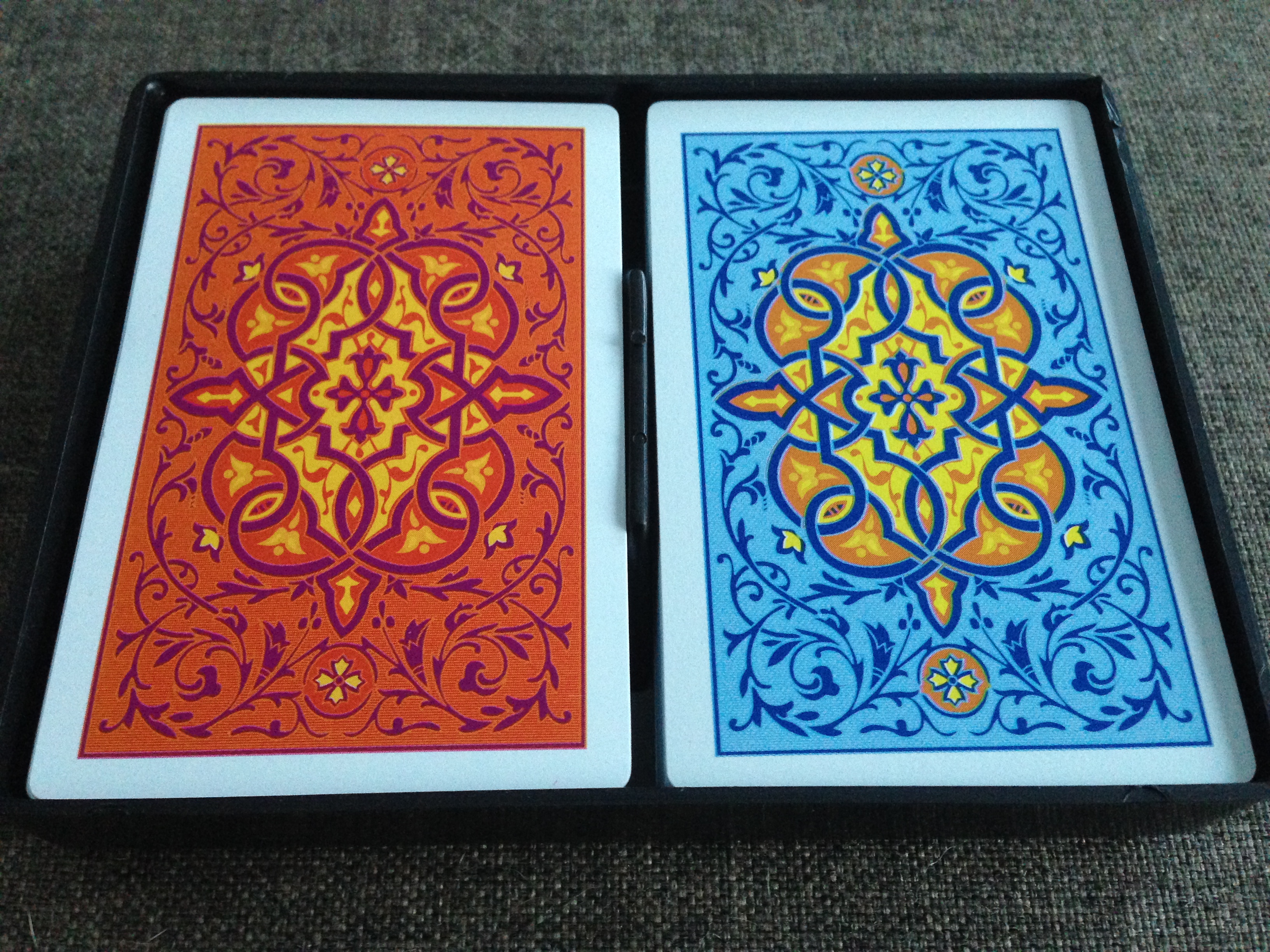 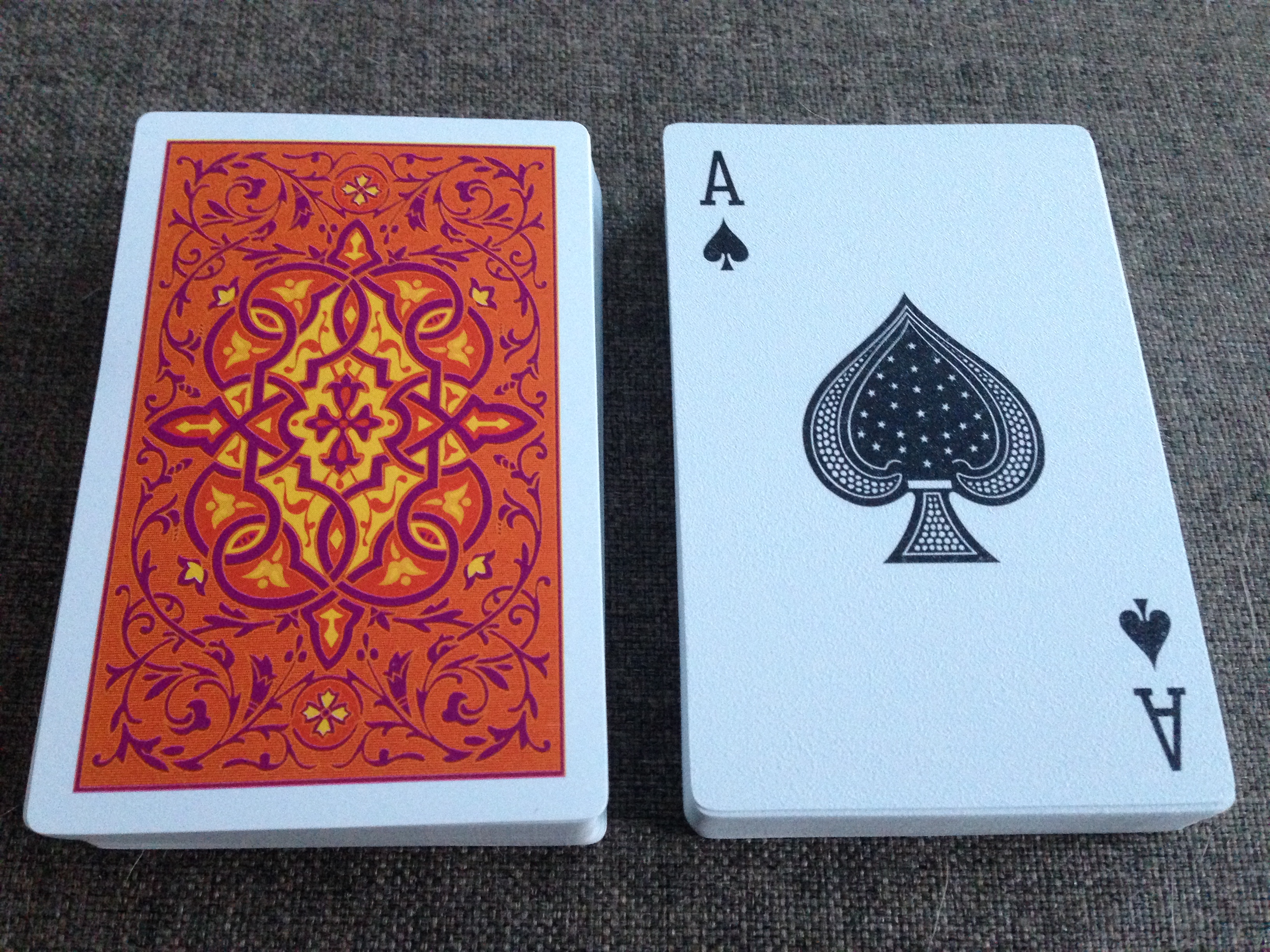 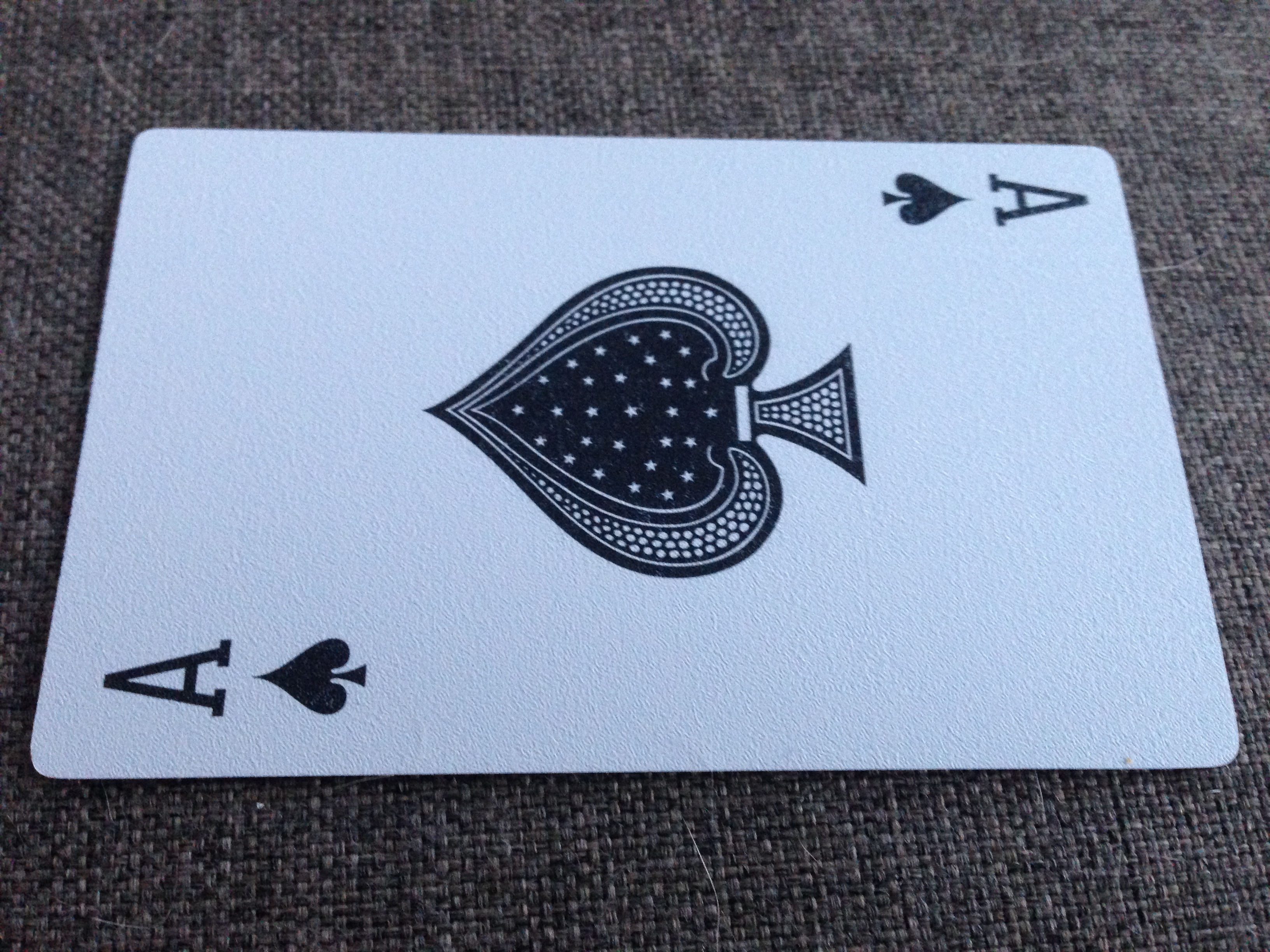 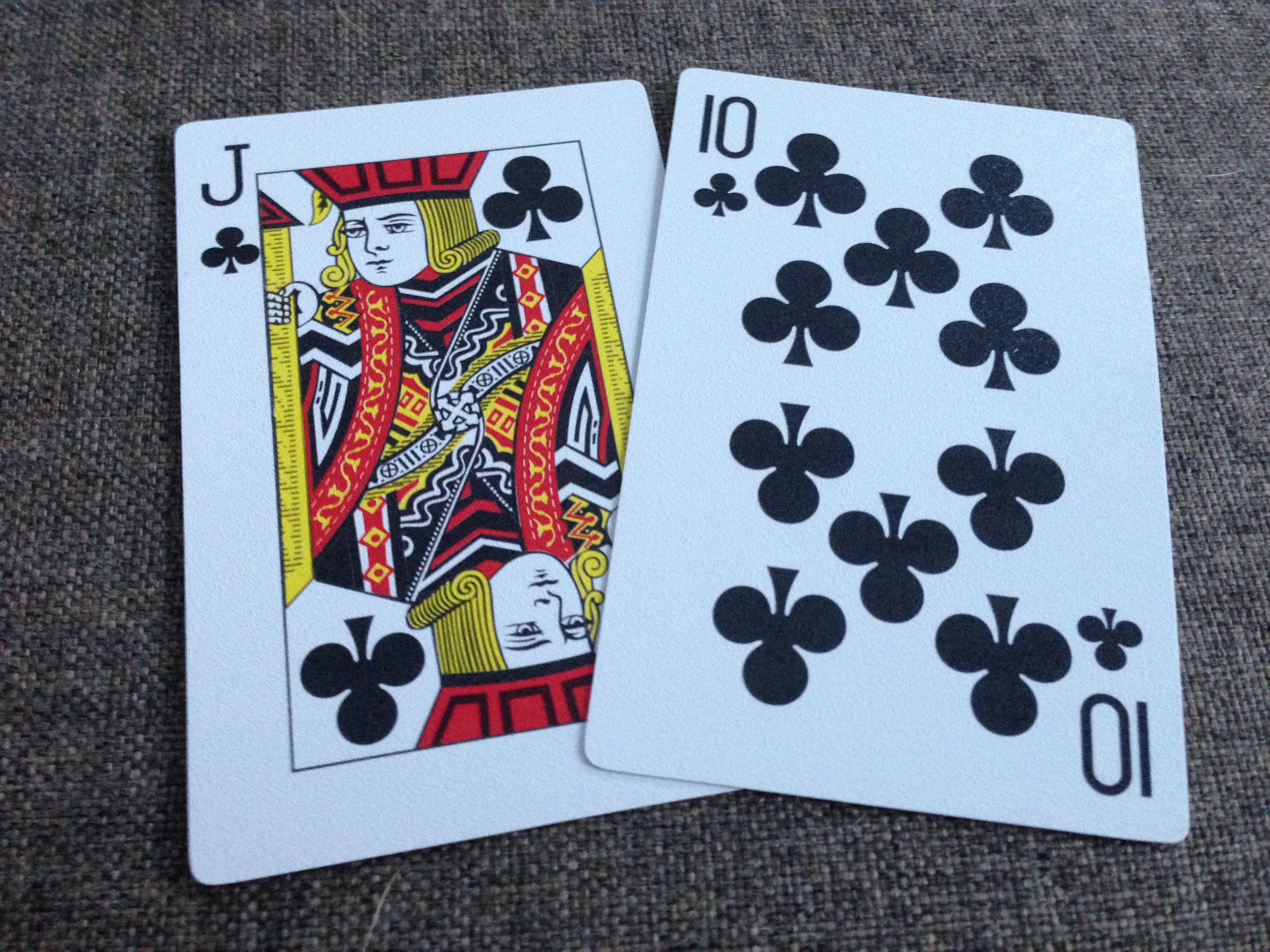 manamongkids said:
Meh, got them today. Nothing special. They have a grainy finish. Slippery as shit. Seem very thin.

Probably use them for drinking games or something
Click to expand...

Thx for the review. Glad I read this before making a purchase.

Paulo I put a setup of A Plus cards in with your chips which hopefully you will get soon. These cards are unopened but I also have a setup. They are extremely thin and kinda cheap feeling also, but for free to you what the heck. They are literally about 2/3 the height of a normal deck, maybe thinner than oro who knows?

You know, a few weeks back I was in a tourney in Royal Oak, for which I had to bring a chip set, and the cards were, what it seemed, 20 year old paper cards... Worst shape cards I've ever seen... It almost ruin the experience for me... After that, I will ALWAYS, ALWAYS carry a couple of set ups with me when going to a new game... The OROs might be thin but they are definitely much, much, much better than the cards we played there with...


mike32 said:
Paulo I put a setup of A Plus cards in with your chips which hopefully you will get soon. These cards are unopened but I also have a setup. They are extremely thin and kinda cheap feeling also, but for free to you what the heck. They are literally about 2/3 the height of a normal deck, maybe thinner than oro who knows?
Click to expand...

I just busted these open to check them out, and I have to toss in a dissenting opinion. They ARE very thin and a bit slippery out of the box. That can be a problem, but not necessarily all bad though - I find them easier to shuffle, wash, box, and pitch accurately than probably any other card straight out of the box, and despite their thinness they feel like they are more "resilient" to bending than most others - i.e. that guy that loves to bend the shit out out of your cards when he peeks at them can't/won't do that much damage. The face printing is not the best but not the worst, and the backs are gorgeous. I'd put them around the middle of the pack in overall quality (around where I have Copags as well) - I'd still prefer to buy Fourniers or Modianos if/when I can find them at a decent price, but for $10 these aren't a bad buy and I WOULD definitely buy them over Copags at $15 if those were my only two options.

Ben, wait until you see how they wear. I have a similar-sounding plastic deck of unknown origin (left behind by visitor who didn't know where they got them) with thin cards, and they just can't take any abuse. They're thin and easy to handle, and very flexible - but have a variety of dings and marks in them from fingernails and what-not.

Not Mine Tons of chips One seller
2

Not Mine Vineyards, Mesquite Star, PNYs

Not Mine Pharaohs $300/rack on ebay

Not Mine Hi Desert $1 on ebay