He is expected to enter the formal plea at a later date to one count each of travelling to engage in illicit sexual conduct with a minor and distribution and receipt of child pornography.

The agreement released by prosecutors said Fogle will pay $1.4 million in restitution to 14 minor victims, who will each receive $100,000. He will also be required to register as a sex offender and undergo treatment for sexual disorders.

The government agreed not to seek a sentence of more than 12½ years in prison, and Fogle agreed not to ask for less than five years, according to court documents

Federal prosecutors allege in the documents that the married father of two traveled to pay for sex acts, including with minors, from 2007 until as recently as June and that he repeatedly planned business trips to coincide with his sexual pursuits.

Fogle is accused of having sex with two 16-year-old girls at hotels in New York City. One of the girls told investigators she had sex with Fogle three times in November 2012, when she was 16, and again two months later, when she was 17.

The girl told Fogle her age when they first met, according to the documents.

After that meeting, Fogle allegedly texted the girl and offered to pay her a fee if she could find him another underage girl to pay for sex acts.

During these discussions, Fogle "stated that he would accept a 16-year-old girl, while stating that the younger the girl, the better," the documents said.

Between 2011 and 2013, Fogle also repeatedly sent text messages to other escorts, "soliciting them to provide him with access to minors as young as 14 to 15 years," the documents said, adding that he would only make such requests after engaging in sex acts with the escorts to "insure that they were not undercover police officers."

Two months before Fogle's home was raided, authorities arrested Taylor on seven counts of production of child pornography and one count of possession of child pornography. Investigators said they discovered a cache of sexually explicit photos and videos Taylor allegedly produced by secretly filming minor children at his home.

Prosecutors also allege that Fogle received from Taylor multiple images and videos, some of which were taken by a video camera hidden in a clock radio that filmed children changing clothes or bathing. Some were taken in buildings were Taylor lived.

The documents said Fogle knew those depicted were minors, some as young as 13 or 14 years old, and in some cases knew the minors involved by name and had met them "during social events in Indiana."

In other cases, the documents said, Taylor allegedly obtained sexually explicit images taken by others outside the U.S., including videos of children around age 6, and shared them with Fogle
Click to expand...

Kinda reminds me of this guy 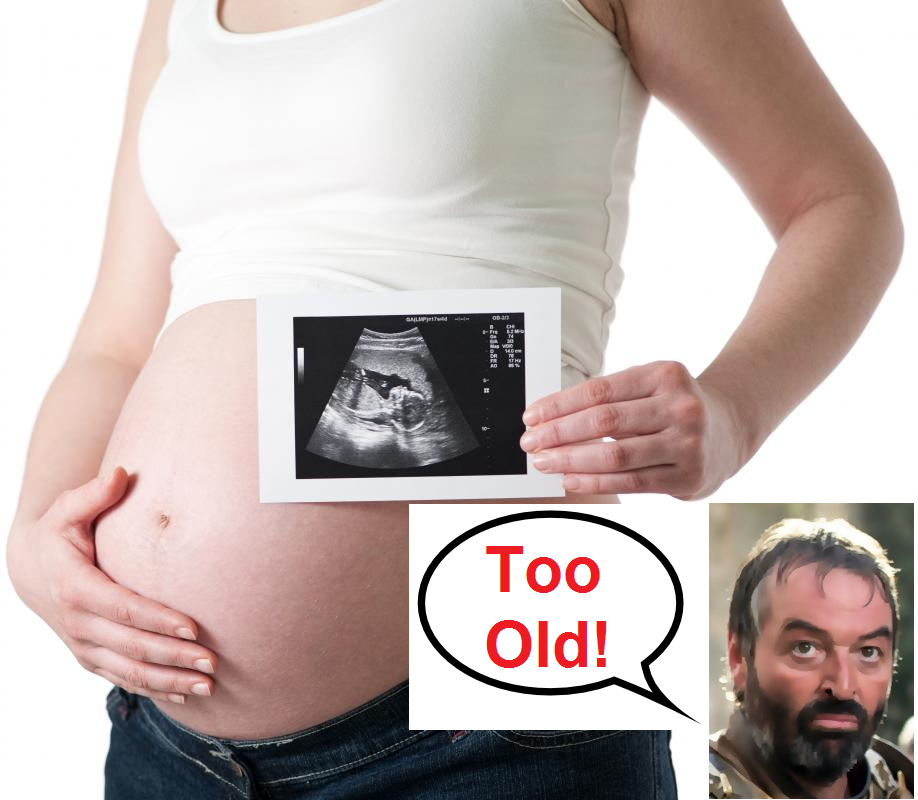 Wow, that news really pissed off this Subway eating lady who had the hots for Jared

Dear lord. He's going to get a foot long in prison, or whatever length plunger handles are nowadays.

guinness said:
Dear lord. He's going to get a foot long in prison, or whatever length plunger handles are nowadays.
Click to expand...

Nah, I'm sure they're regulated now to a max of 3 inches for "wood conservation."

(I'm just pissed off that, apparently, in 2015, I can't go buy a toilet that isn't "low flow." They are now relegated to back-alley transactions involving briefcases of cash and guys named "Alexei." Goddamnit, even in the FUTURE nothing works!)

Eat more fiber and that won't be a problem.

He's the guy who lost like 200 lbs eating only at Subway, and signed a mega endorsement deal with them to promote the fact that you could eat a "healthy" diet there.

In other news, Subway sucks.

So apparently he's been eating 4fts?
B 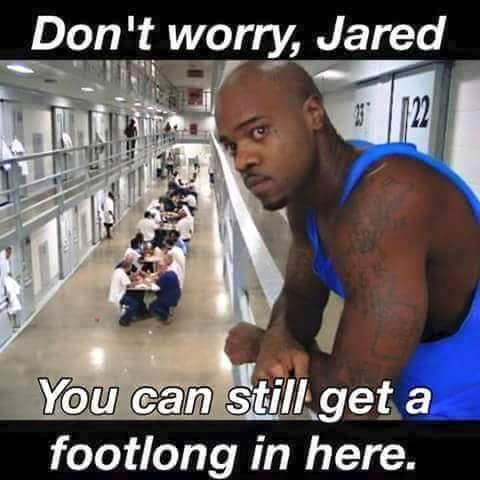 J
Tough one: whether to write to friend from years ago in prison for awful crime
2 3

J
Can you enjoy/support an artist/athlete/public figure whose actions or politics you find deplorable?
4 5 6

CardPlayer has the nerve to call this a Home Game