The Background Story
These were found in an estate sale in San Jose CA. There was some chip controversy related to these that can be found in this thread: Looking for chip IDs.

My side of the story. I contacted the estate broker (let's call her D) for the chips and never received word back. Later that day, in the above thread, Dan confirmed he had the deal locked in. Seems like he beat me out by a hair, which made sense as to why D never got back to me. No hard feelings, I congratulated Dan on the awesome pickup and I left it at that. The estate sale was on my way to the office, so I decided to stop in to see if anything else was for sale. Spoke to the D about the chips. She confirmed they were sold to a person in PA (which i assumed was Dan). D asked if i was interested in the cards or anything else and i said no, just the poker chips. She mentioned the family might have more chips that they might be willing to sell and to leave my contact info and she will contact me if there was news, i did and was on my way.

Later during the day, it seemed a bunch of stuff happened and the deal with Dan was sabotaged. Just to be clear, i had nothing to do with sabotaging Dan's deal. I did not make any offers or even asked how much the chips sold for. Later that night i received a text from D that some poker chips were for sale after all. Please note the timestamps. 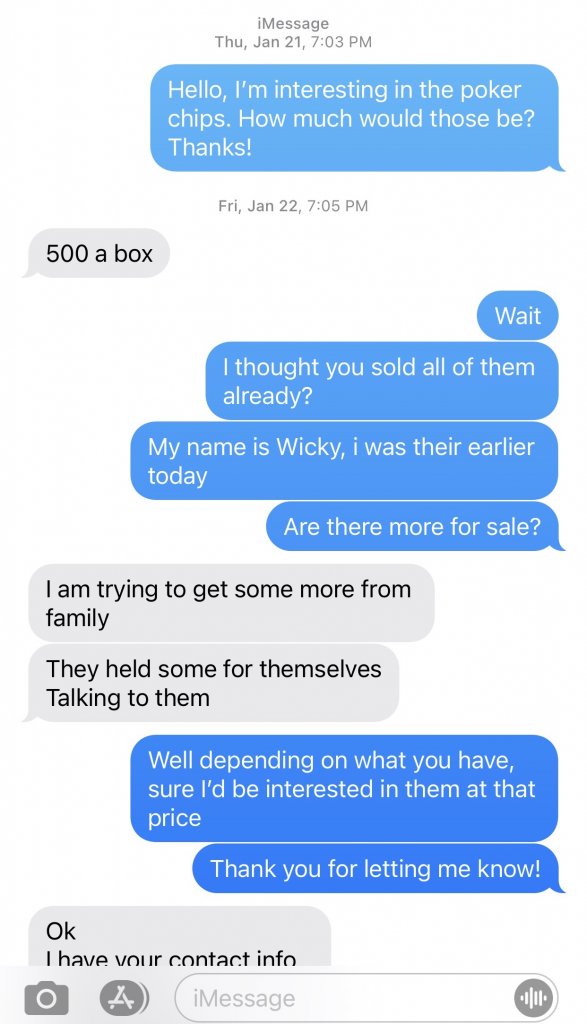 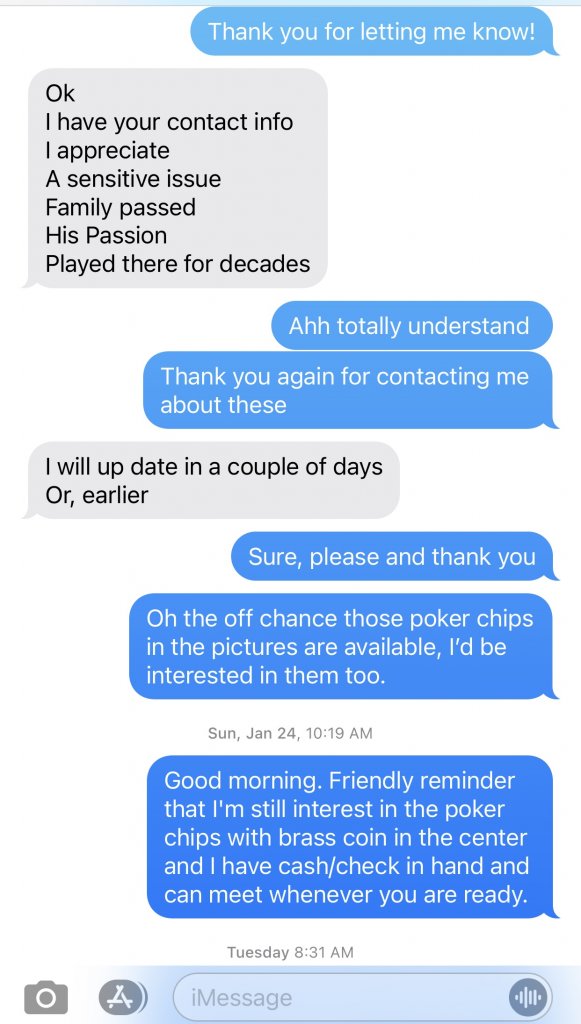 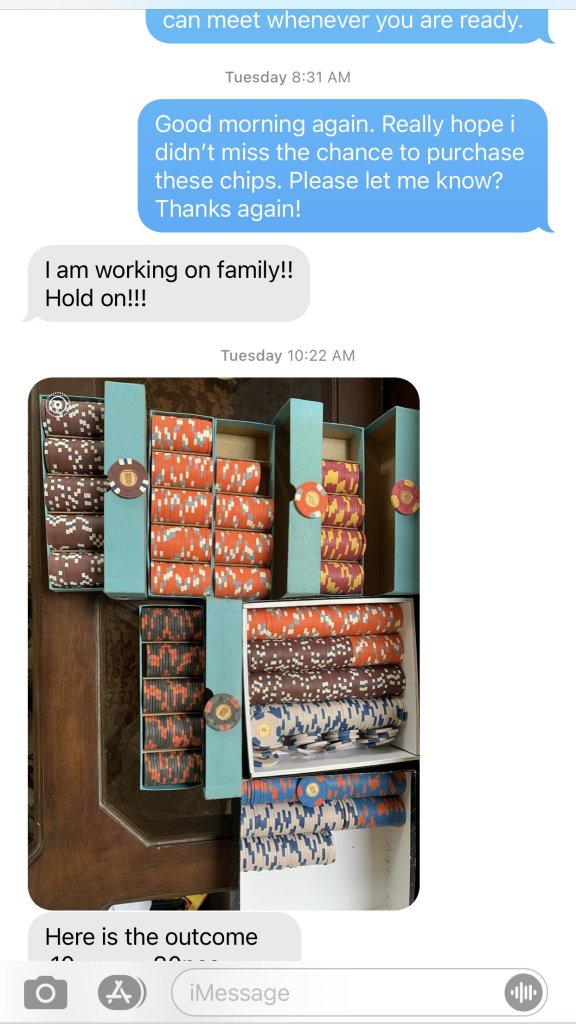 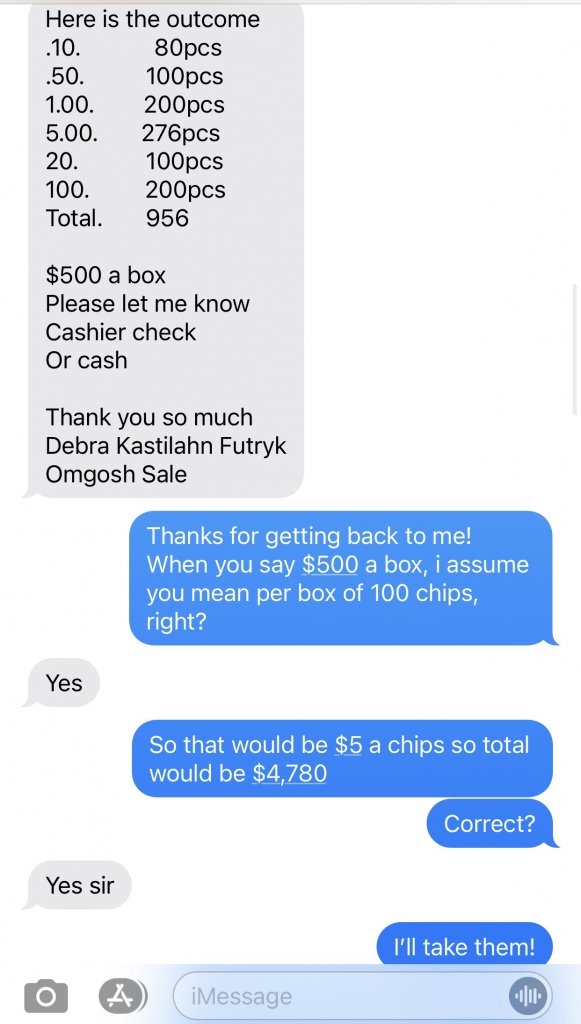 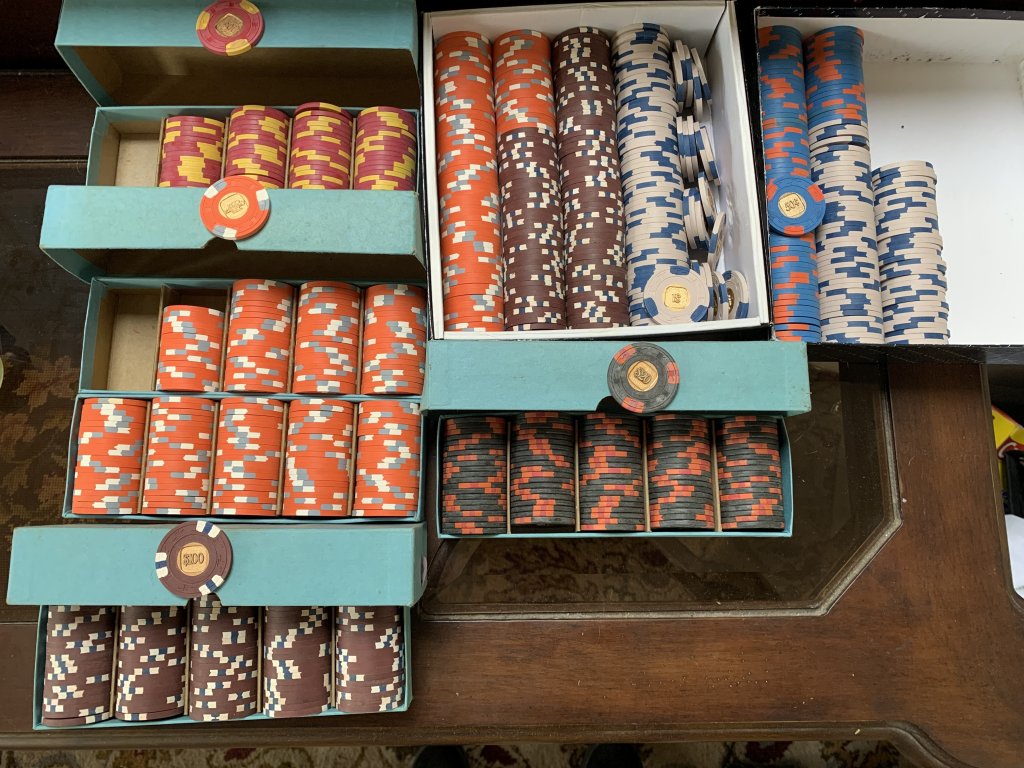 So I got a cashier's check and picked up the chips in person from D. So I don't know what the "real" story is behind the chips I bought. D said it was additional chips, separate from the ones in the estate sale, that I purchased, but who knows. All I know is, these are mine now.

The Chips Received and finally Pron
The breakdown of the chips I actually received was different than what was on the list.

The chips themselves are in GREAT shape considering how old they are, but they are NOT mint. There are a few flea bites here and there, showing some signs that they have been used in a few games. The $20s are the most worn, looking like they are in casino used condition. Finally the pron! 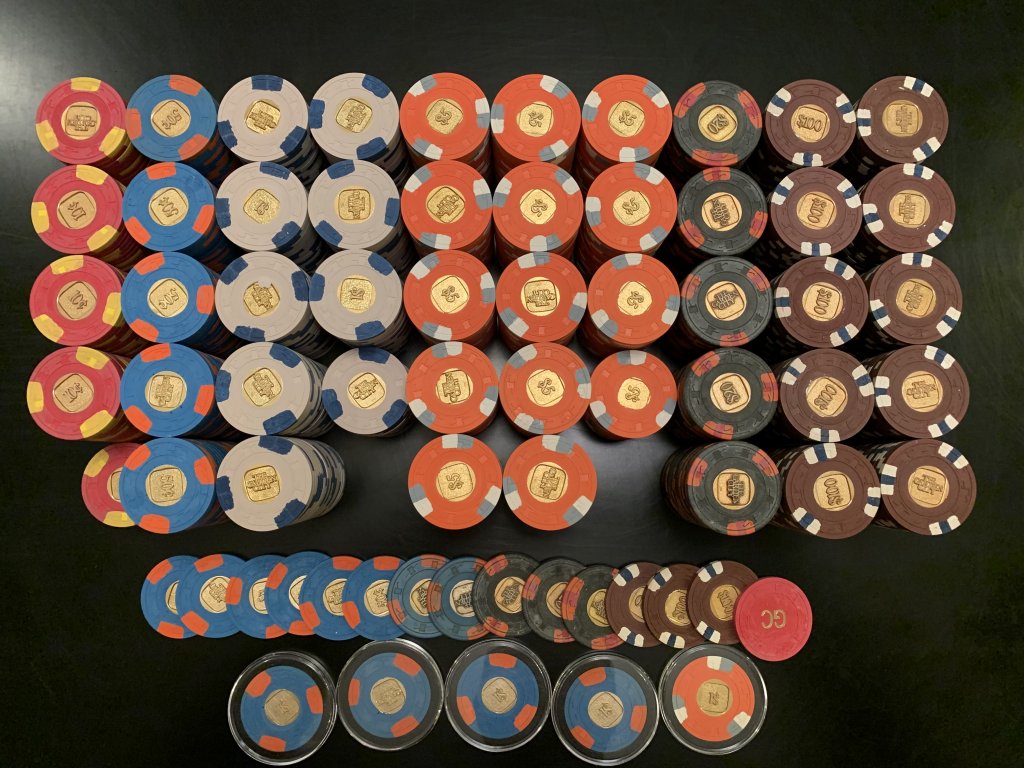 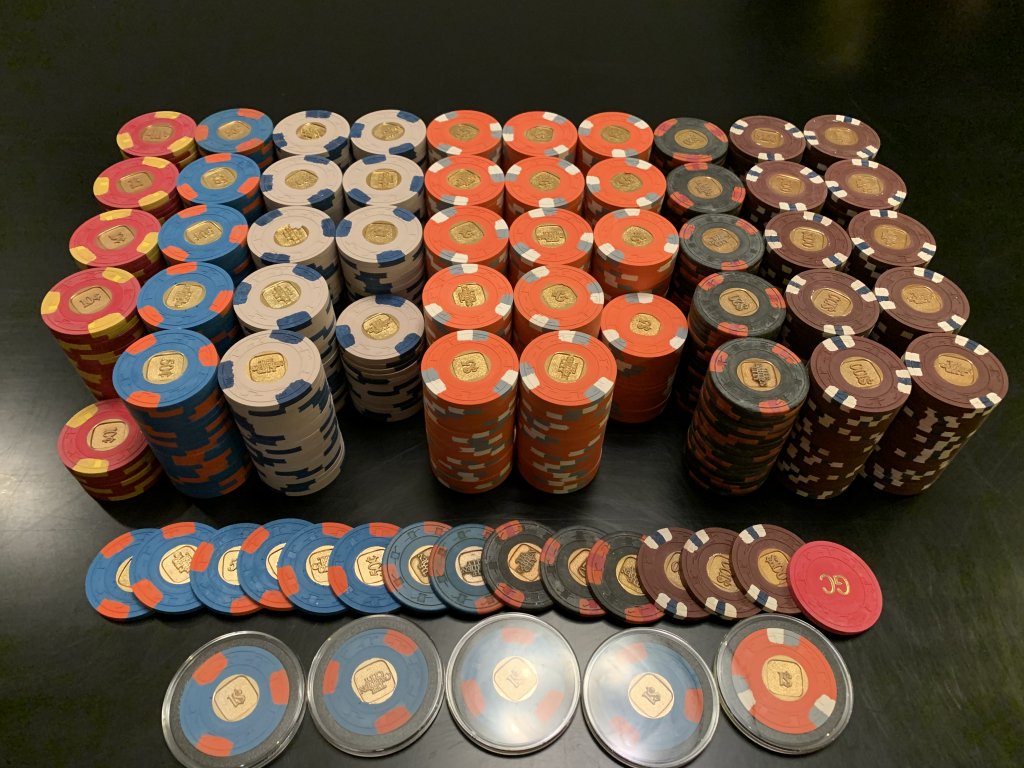 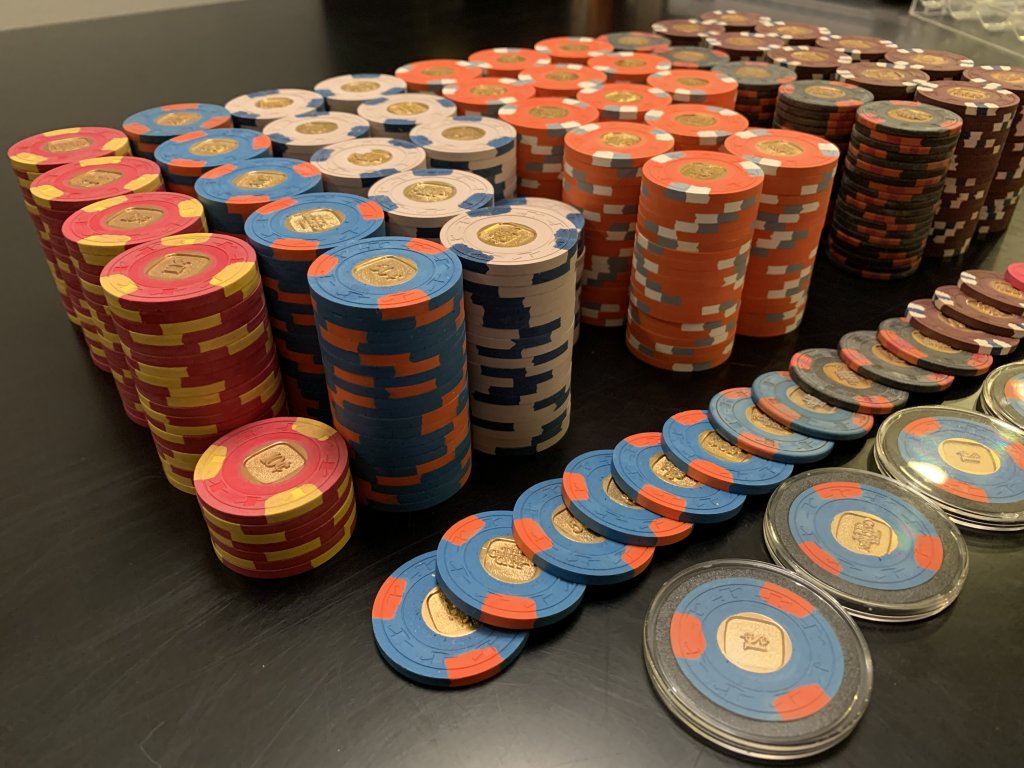 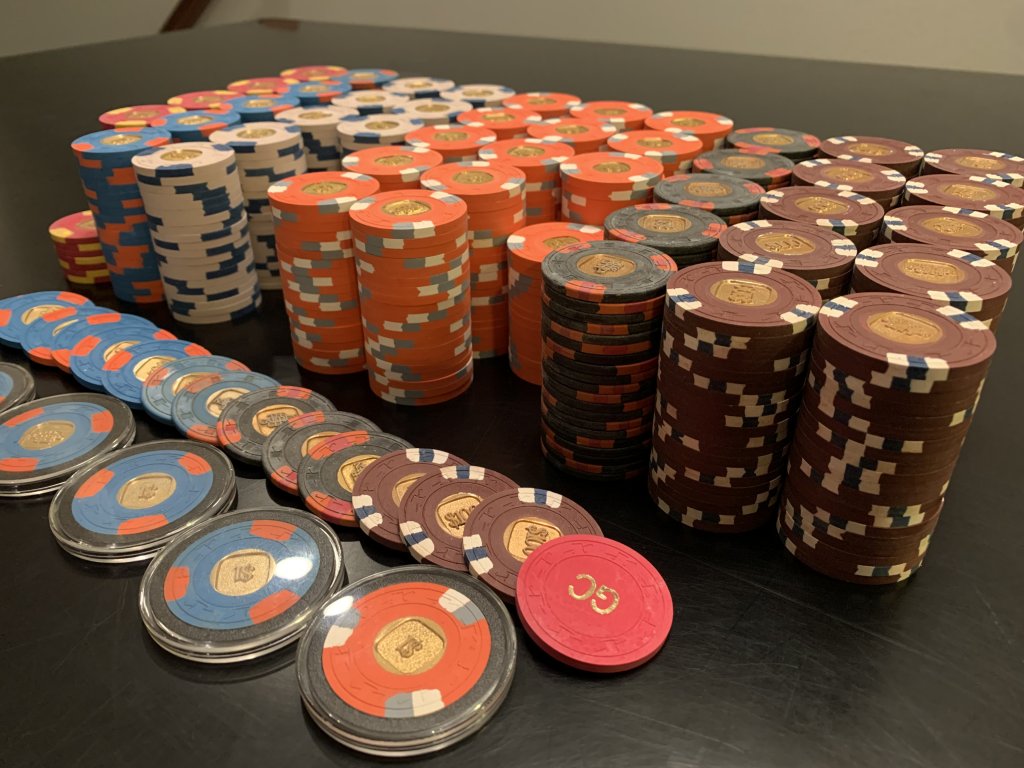 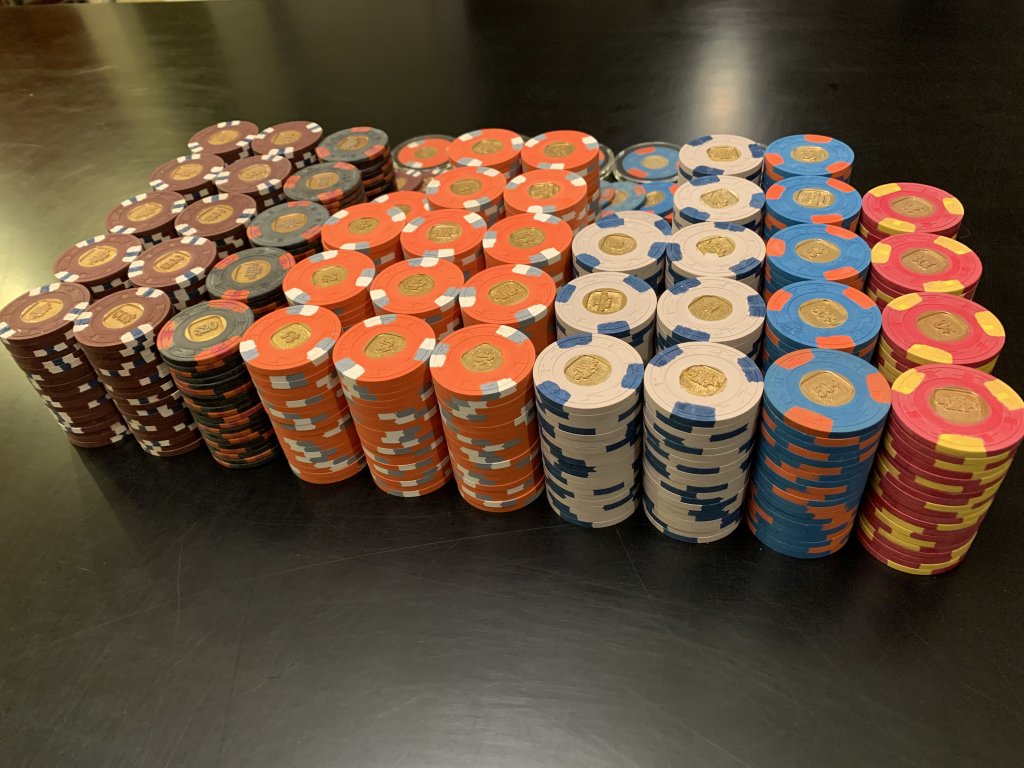 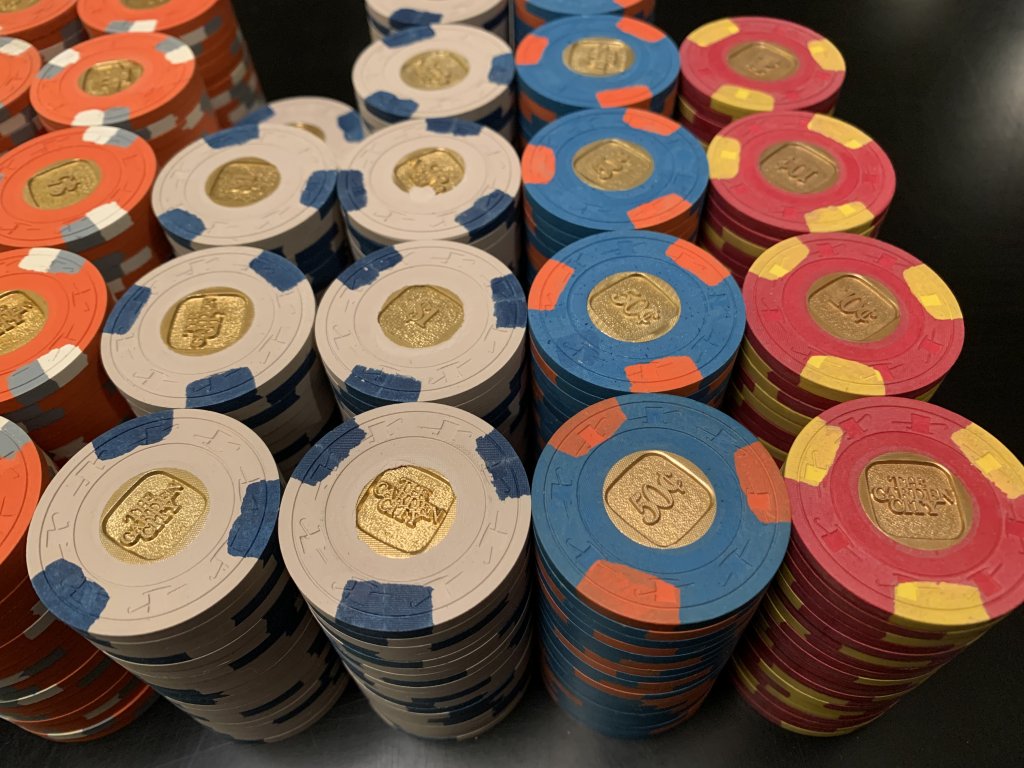 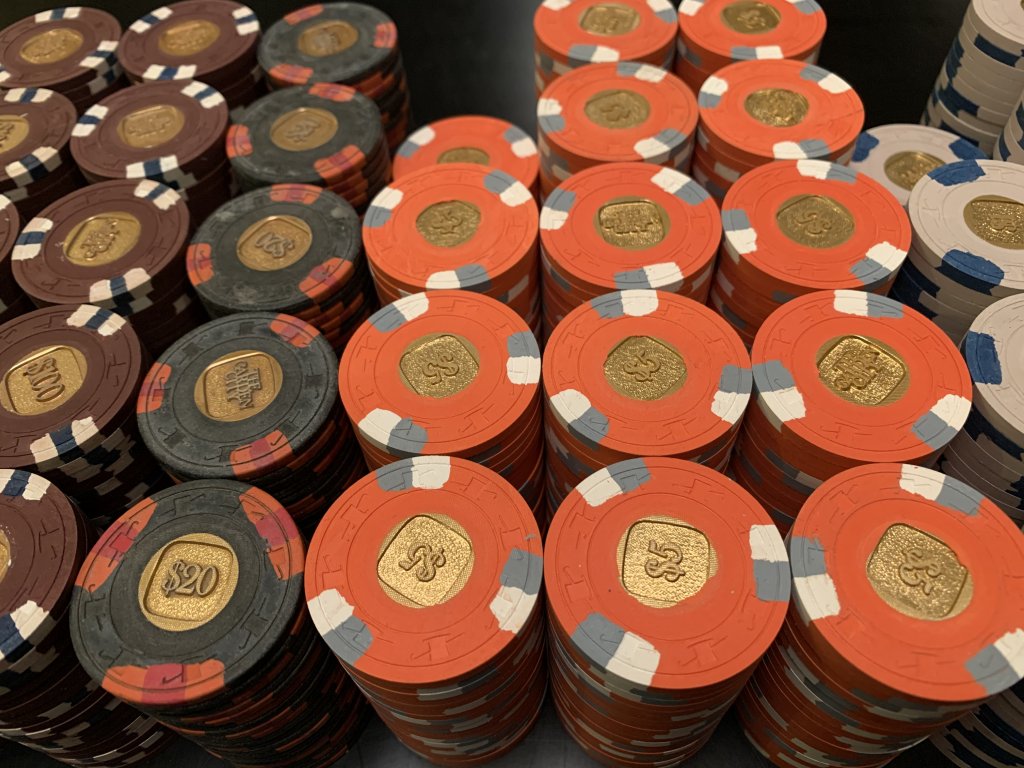 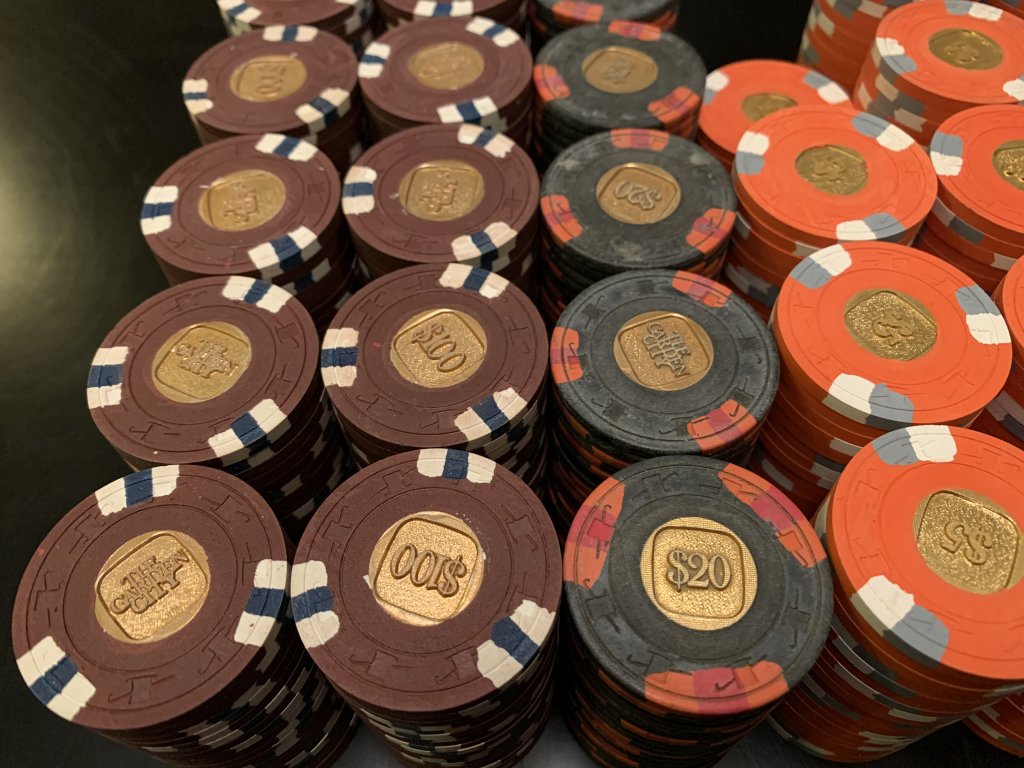 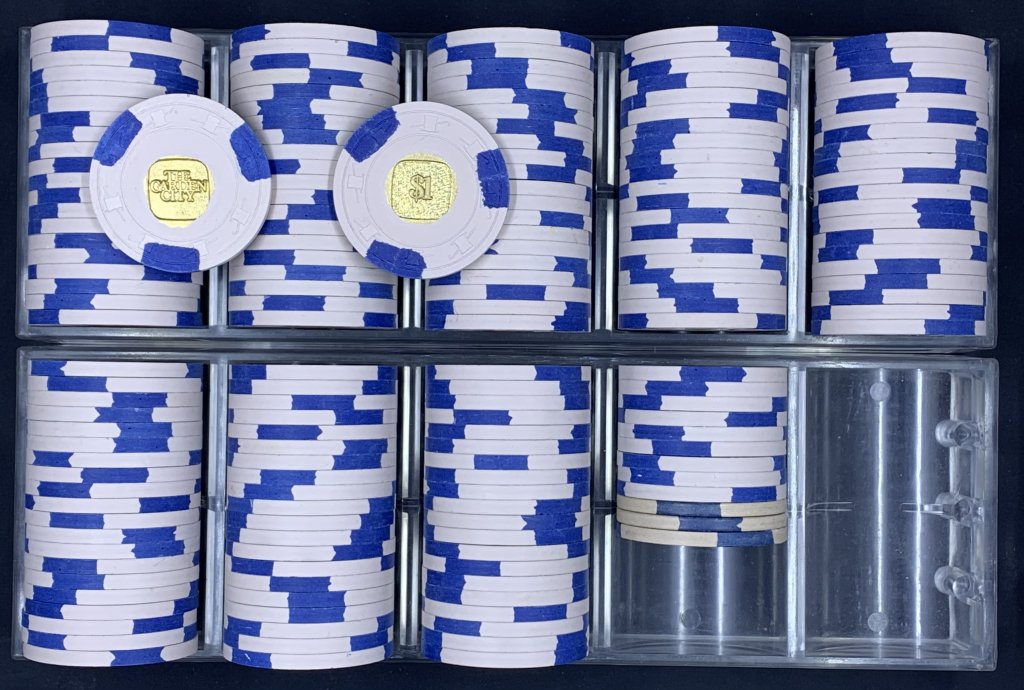 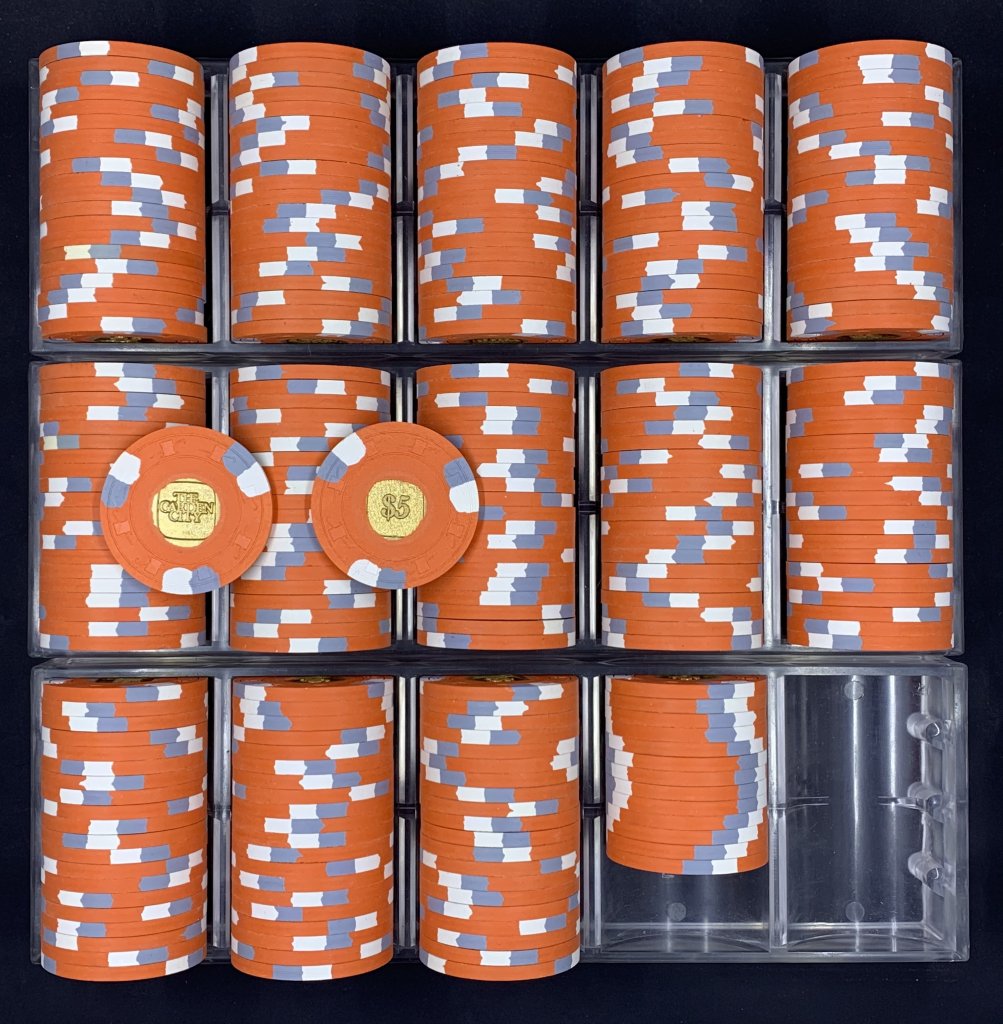 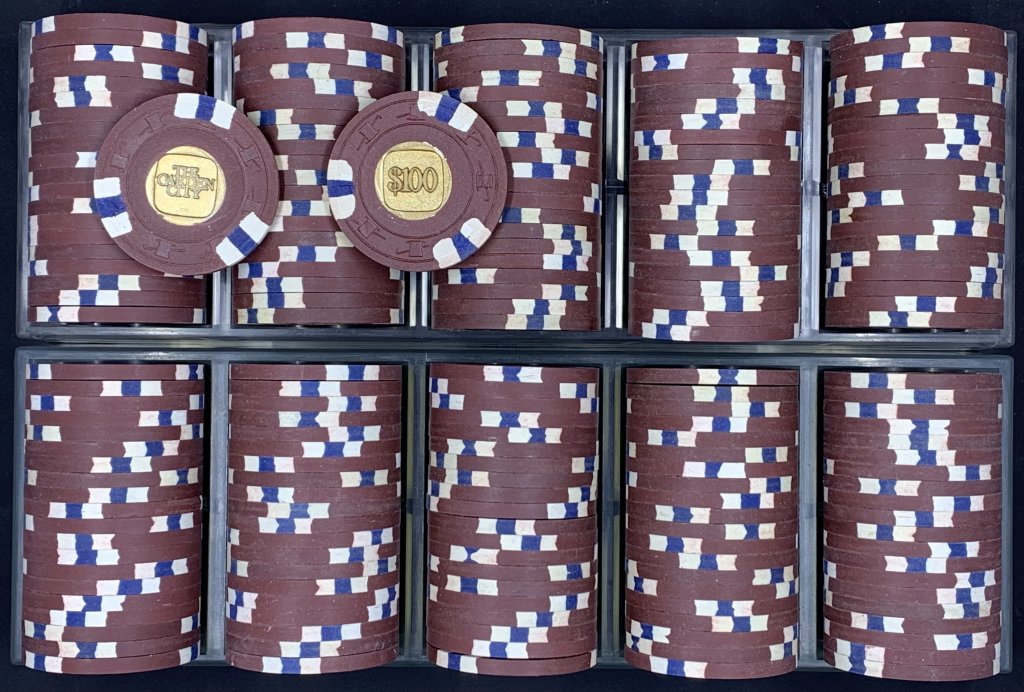 I also found a few error chip surprises which include four blue errors and one orange error: 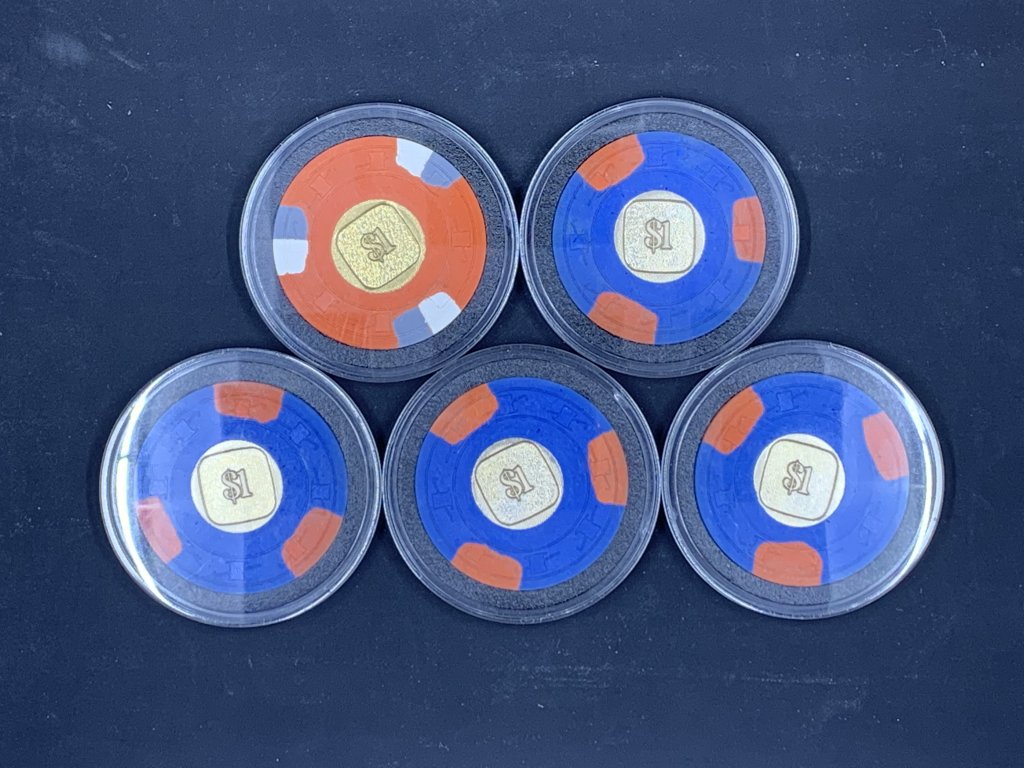 Since someone asked for the weight of the chips: 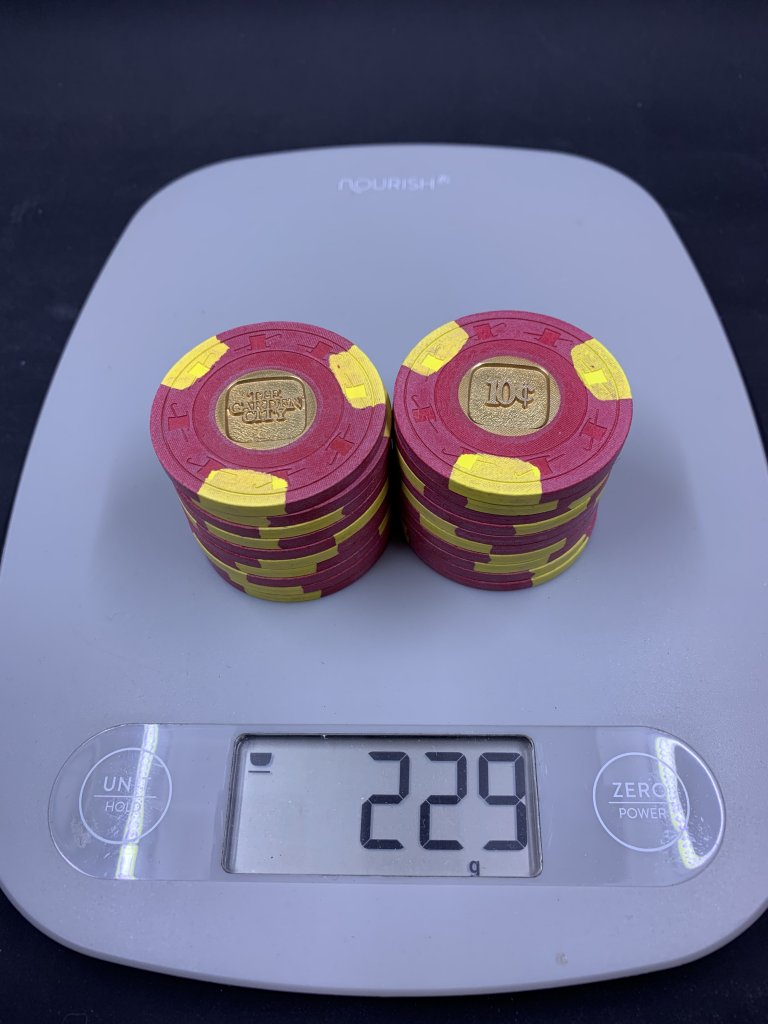 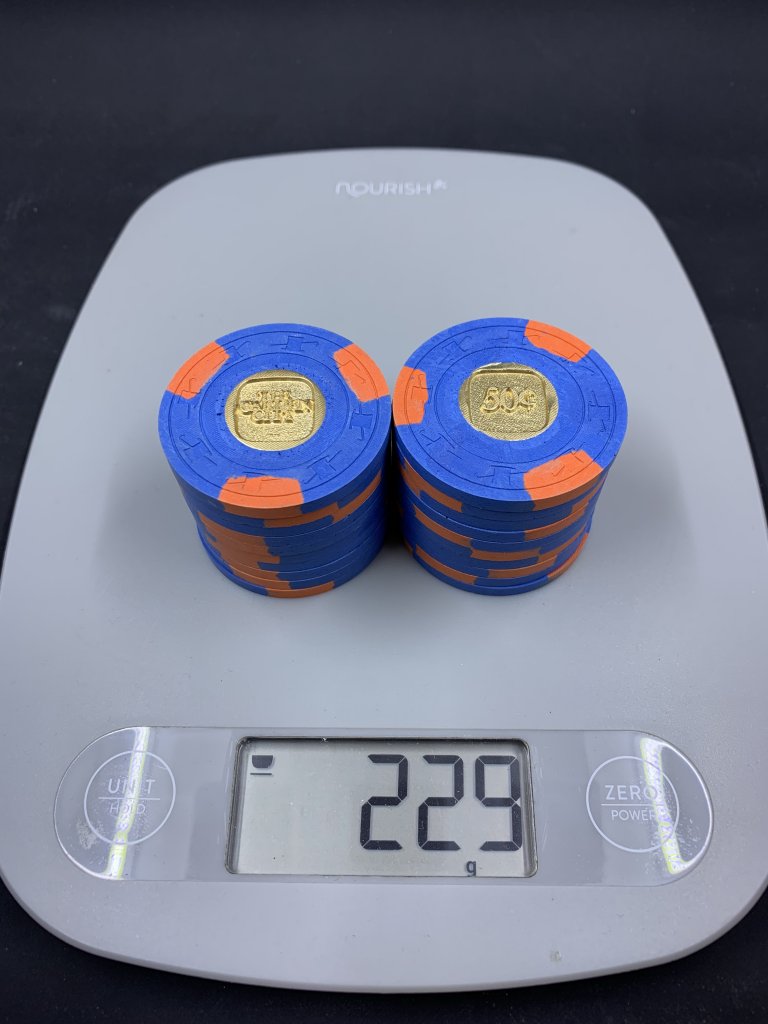 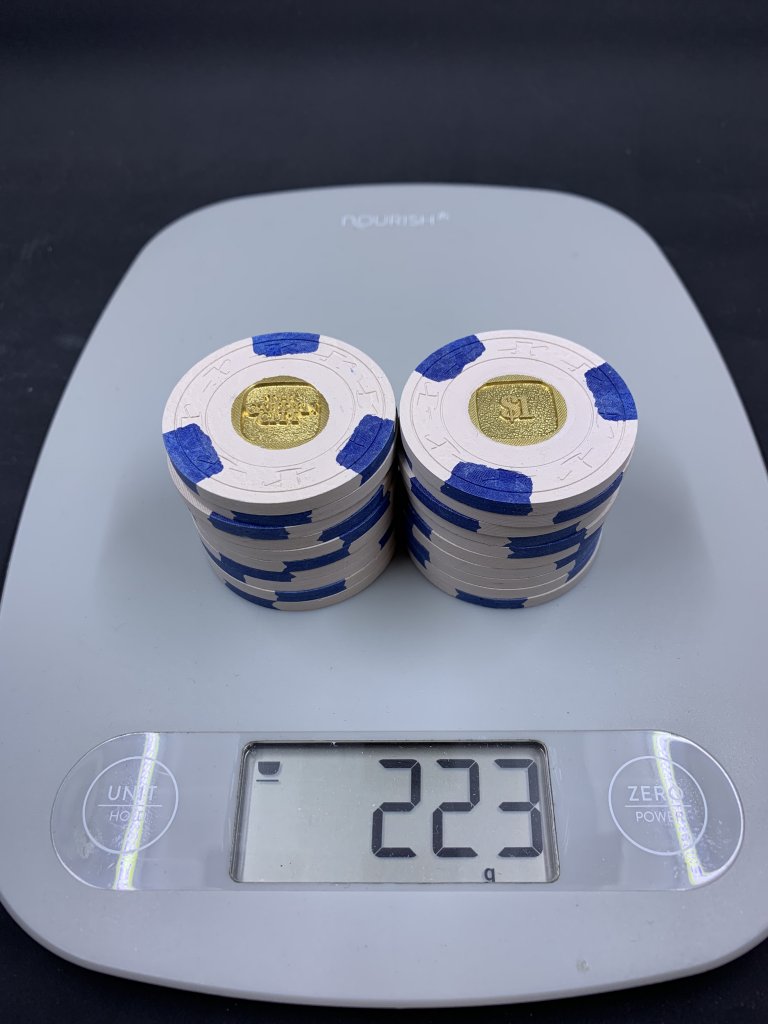 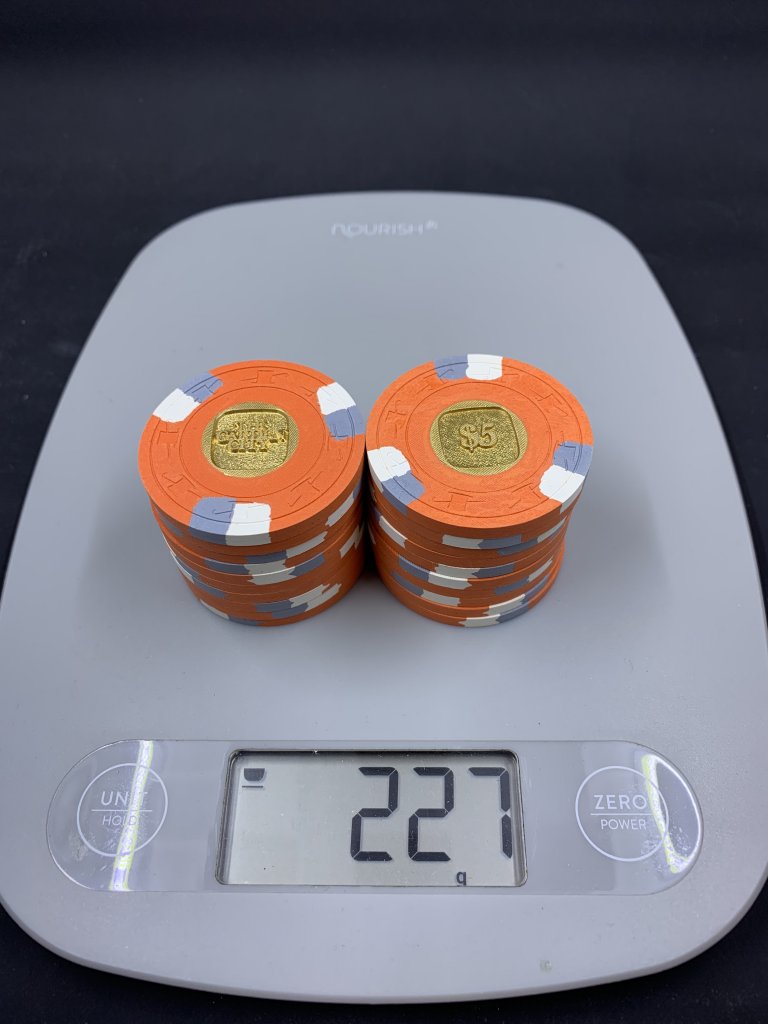 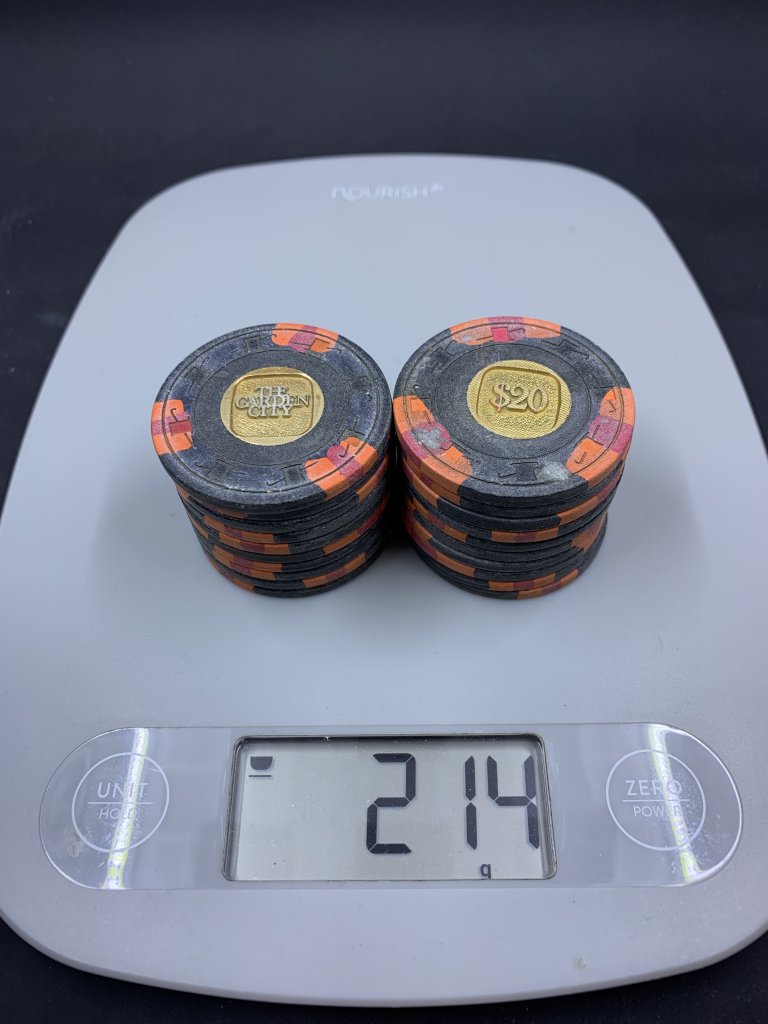 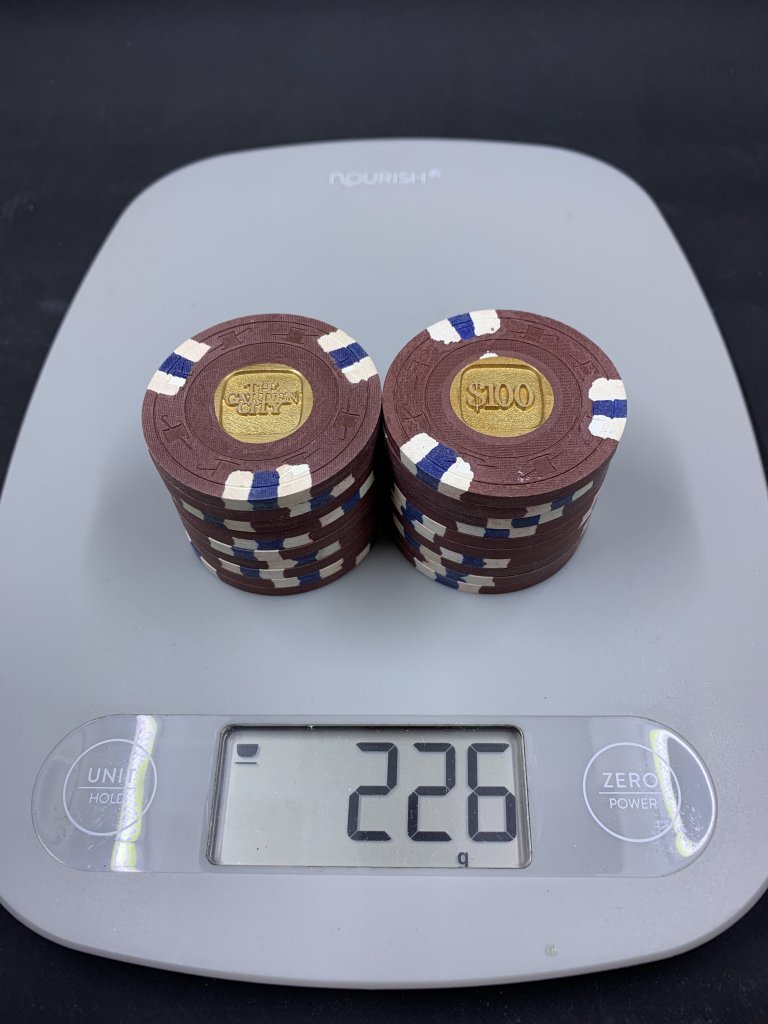 That is a very playable breakdown. Gorgeous set. Gorgeous chips. I don’t think I have ever seen a playable set of CIC Paulsons.

Can't stop myself coming back to this thread to admire the pr0n. Those orange fivers and brown hundos are pure fire!

Hahah, was only joking — would be sacrilege to do so!

Hahah yeah I know, but wanted to put it done for the record.

I have singles of those on eBay pop up often. Very nice chips
S

Hammer2171 said:
I have singles of those on eBay pop up often. Very nice chips
Click to expand...

yeah i know. thats going to be a long long road to use. lol

Love these chips, amazing score
You must log in or register to reply here.

Found a sweet China Cabinet: Can I stack chips on the glass?
2

Something wicked this way comes