I just stumbled across this article from "Collector’s Weekly". It is undated and unattributed. Interesting, with a number of errors and omissions. (https://www.collectorsweekly.com/games/poker-chips)​

For poker players, the old days are the glory days—when players tossed expensive, monogrammed chips into the pot, passed around a box of fine cigars, and relaxed at their private casino table while waiting for a fellow magnate to bid or fold. Well, maybe that wasn't us, but we can still enjoy some the vintage poker chips.

Collectors are particularly attracted to chips from the heyday of casinos, the glamorous era of Las Vegas and Atlantic City after World War II. On stage, the Rat Pack was the headliner. On the casino floor, businessmen in swanky suits and elegant ladies in evening gowns crowded around the high-roller tables. Chips from long-gone casinos like El Rancho Vegas, which operated from 1941 to 1960, evoke a particular nostalgia.

That’s why it is important to distinguish “poker chips” from “casino chips.” Poker chips are mass produced and widely sold for private play. These chips, which have little value, usually have a picture on them (a portrait, animal, or object such as a car, crown, or lighthouse) and no denominations—players determine their value by the colors. They’re often made of inexpensively of compressed plastic while vintage poker chips from the 1920s to the 1950s in particular were often made of Bakelite or Catalin. A full set of poker chips for home use, vintage or not, generally consists of 100 white, 50 red, and 50 blue chips.

In contrast, casino chips, usually made of clay composite, tend to be marked with the name of the casino, the city, state, and denomination. These are treated like money at casinos and are often destroyed when removed from circulation. Others are cancelled by having a hole drilled into them, getting notched, or being overstamped and then sold as souvenirs. For these reasons, vintage chips won or bought at a casino are rare and highly collectible, particularly ones of higher denominations. Chips from casinos that have gone out of business, like the Playboy Club in Atlantic City or the Dunes in Las Vegas, are most desirable.

Newbies should be aware, though, that some poker-chip manufacturers produce new fantasy casino chips, which resemble casino chips but are worth far less. Most of these are just made for fun, like a James Bond-themed chip from the fictional Casino de Isthmus City. Other fantasy poker chips have been made to celebrate the memory of a defunct casino.

Serious collectors are drawn to even older chips made of ivory or bone—in 18th century Europe and China, chips were even made out of mother of pearl. The common man of those days, though, had to make do with poker chips made of paper or wood.

Then there were chips made in the 1930s, ’40s, and ’50s, when anti-gambling sentiments were running strong in the United States. The underground speakeasies, card rooms, and gambling halls of those days flourished, creating the current market for illegal chips produced during those decades.

Chips are weighted in grams, and the standard weights include 8.5g, 9g, 10g, 11.5g, and 13.5g. Typically, chips found in casinos weigh 10g or less. Composite plastic chips are cheap to make, which why they are also sold for home use. Of the two kinds of clay chips made today, injection-molded and compression-molded, the latter is favored by poker purists, but they are difficult to clean.

Plastic chips were first mass-produced in the U.S. in the early 1930s by the Portland Billiard Ball Company, using an early plastic known as Plaskon, also know as Breaknot. Those first chips were a single color with no design on them. In 1935, when the firm changed its name to the Burt Company, it began producing poker chips with die-cut metal designs, made through a process similar to hot-stamping.

While composite clay chips were made as early as the 1880s, the standard clay chip as we know it today was made starting in the late ’40s and early ’50s. It has several parts to its basic anatomy: the base, the inserts, the mold, and the inlay.

The base of a chip is the color of the main piece of clay. It may have several other pieces of clay of different colors inserted into it. The mold determines whether the chip has shapes embossed or incused into it, or ridges around the edge. The inlay is the center of the chip with the casino logo and denomination—it could be a solid piece that goes all the way through the chip or just a piece of plastic or a paper decal that’s glued to the surface.

In 1975, esteemed chip manufacturer Christy & Jones Co. (the first company of Bud Jones, who still makes chips today) patented a chip with a metal inlay, usually of aluminum or brass, with the details stamped into them. These chips, known as brass core, are made by a plastic injection mold over a metal core—collectors should note that counterfeit brass core chips have been discovered.

The type of inlays in descending order of value are lithographed inlay chips, engraved-style chips, die-cut inlaid chips, and embossed-style chips. In 1985, ChipCo introduced its ProTech chip made of a patented clay compound that allowed a full-color photographic image to be printed on the entire chip.

Some of the most collectible chips today are known as Crest & Seal chips, made by the U.S. Playing Card Co. between 1907 and 1939, and then the Burt Company from around 1940 to 1985. These flat chips have no mold or design on the rim and feature a round lithograph embedded into the clay.

The “Hat and Cane” pattern around the rim of the chip is a particularly popular mold with collectors. It comes in three varieties: standard, the “Long Cane" version and the “Reversed Hat and Cane.” Christy & Jones Co. introduced this pattern in 1955, and theirs can be identified by the shiny surface inside the hat. When that company dissolved in the ’60s, it sold this pattern to Paul-Son, which makes most of the chips used in Vegas casinos today.

Other important chip types to note include dovetail chips made from two different colors of clay that have been dovetailed together like the carpenter’s joint. A hot-stamped chip has a casino’s logo and/or the denomination stamped onto it in metal foil or ink. Stackable chips create an image when they are stacked and viewed from the side.

An LE, or Limited Edition chip, is one that is produced for events such as holidays, concerts, car rallies, horse races, and grand openings. These chips, which must be embossed with “LTD” and the number of chips in production, are coveted because they are usually beautiful, but some collectors reject them for the fact they’re made to be collected rather than used. Commemorative chips are similar, but they don’t have limited runs.

Finally, chips with warped surfaces are less valued, so collectors should look out for those. When it comes to collecting ivory chips, cracks in the surface diminish the value, but nerve holes or spots do not. Ivory chips with numerical and animal designs hand-scrimshawed into the surface are worth more than those featuring geometric or planet patterns. And those with circles are worth less than ones with flowers.

Well, this took at least a little bit of effort.

I lol'd at the James Bond Casino de Isthmus City reference. "which resemble casino chips but are worth far less." Tell that to my PayPal account!

allforcharity said:
Well, this took at least a little bit of effort.

I lol'd at the James Bond Casino de Isthmus City reference. "which resemble casino chips but are worth far less." Tell that to my PayPal account!
Click to expand...

I thought the exact same, lol

Looks like a hack job. Written by someone with zero knowledge nd just copy and pasting bits from google searches.
M

All I can sat about this is that "Collector's Weekly" clearly pays for articles. This is to be commended, unless of course, they pay for articles written by people with no clue what they are talking about.

EDIT: Also, if an article is to be sold, it should be COPY EDITED.

Lots of errors, and agreed that it was a lot of cut/paste with very little actual understanding of the content.

Most amusing to me was the claim that C&J applied for a design patent in 1975, then later stating that the company had disolved ten years earlier. That's quite a trick.

Don’t call it a comeback.
A

a copy paste job and yet I read the whole thing! A pseudo informative comedy? Thanks for posting I enjoyed it!
A

I'm new to this forum. Maybe you could explain what a pseudo informative comedy is.

I enjoyed reading this article !!

apple102 said:
I'm new to this forum. Maybe you could explain what a pseudo informative comedy is.
Click to expand...

Yes new here too... such a cool community. Apple I didn’t mean anything negative. Just all that info frantically strung together mixed with a few misguided assertions, and the links to the auctions below the article made me smile a little bit. Or maybe it was just the whisky.
A

Ok then help me to correct those misguided assertions. I'm always willing to listen to someone with more knowledge than me.
I will admit my post was strung together on the fly. I never was much of a writer more of a talker. I await your corrective reply.
jimb

I assume you were trying to correct my poorly strung together post and not the original article?

Absolutely not my good sir! I was merely commenting on the article itself. Sorry for the confusion.
A

In that case the drinks are on me. Las Vegas in June? 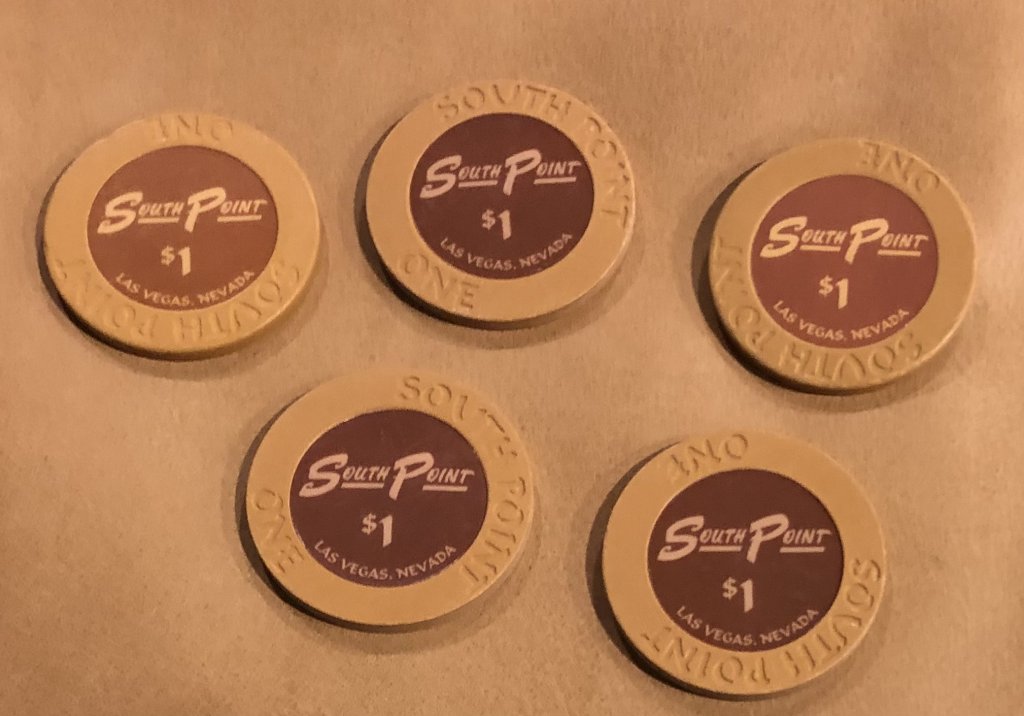 A great spot!
You must log in or register to reply here.