Dunno about big but this was my first non dice chipset purchase back in 2005, from Apache 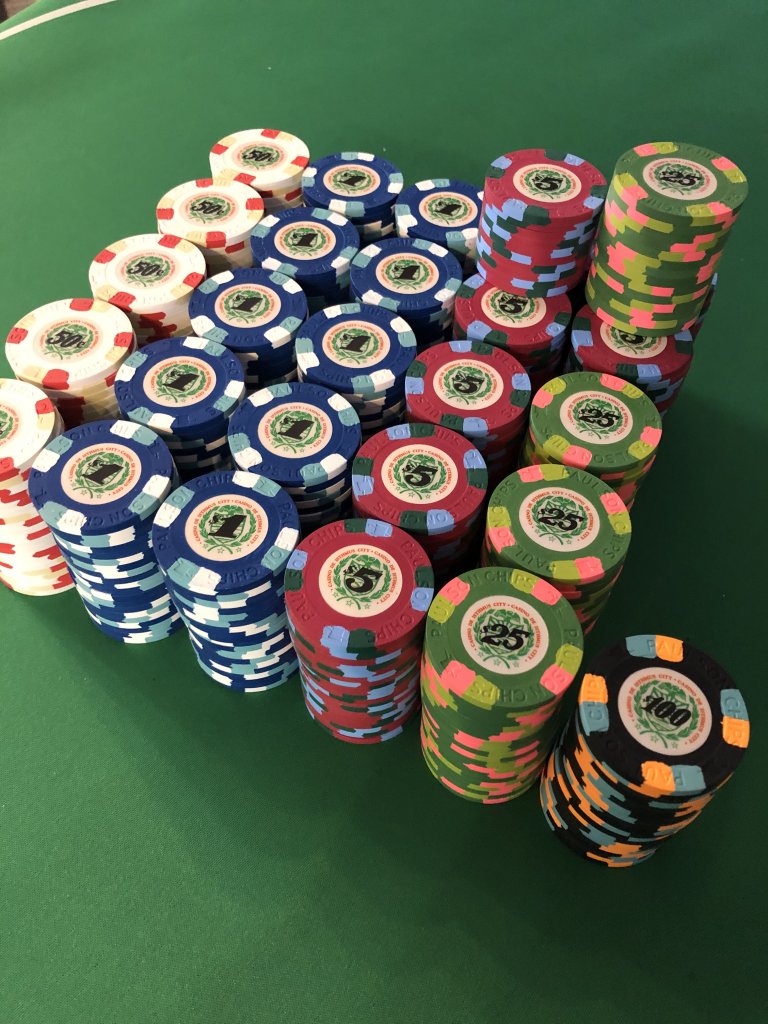 My first "real" chip purchase was about 1000 chips or so from the first Chip Room sale for the Grand Victoria chips. I bought used chips, because at the time, I thought the prices were ridiculous to spend on poker chips! After hand cleaning all 1000 chips, I could already tell that casino used chips were not for me.

A few months later, I got in contact with Jim, and talked to him about a tourney set of the Grand Victoria secondary chips. Chips from the sale, of course, were long gone. He sold me what he said was his "personal set", and it set me back something like $5000, which at the time, felt like a million dollars to me. I mean, I literally had heart palpitations about it, felt like I had to keep it a secret because if my family found out about it, they would all think I was stupid, and could not be trusted with money (they wouldn't be wrong). I couldn't sleep at night, tossing and turning over what I had just done. It was terrifying.

Fast forward a year or so later, and someone taught me the difference between RHC and THC, and introduced me to TRK. I still stress out quite a bit over big chip purchases. But nothing like that first one. I didn't know at the time that for the most part, if you buy quality chips, they can be considered rentals. Some chips are long term rentals, while others are short term, "catch and release" (that was for @superchromix, haha).

Miss those Grand Vic secondaries. The RHC and ugly-ass inlay led to the short-term rental status. But the chips themselves were pretty awesome.

Haha well that is going to be different for everybody of course. I considered dropping $500 ish on my pharaoh CCs to be big, but I've been blown away by some of the other sets in this thread. I'd say a mortgage/rent payment is a big purchase. So maybe mine doesn't quite qualify. It's open for debate.

My first purchase to hit $1000 in a single transaction (something I previously hoped I'd never do), was the awesome Cali Rounders set. 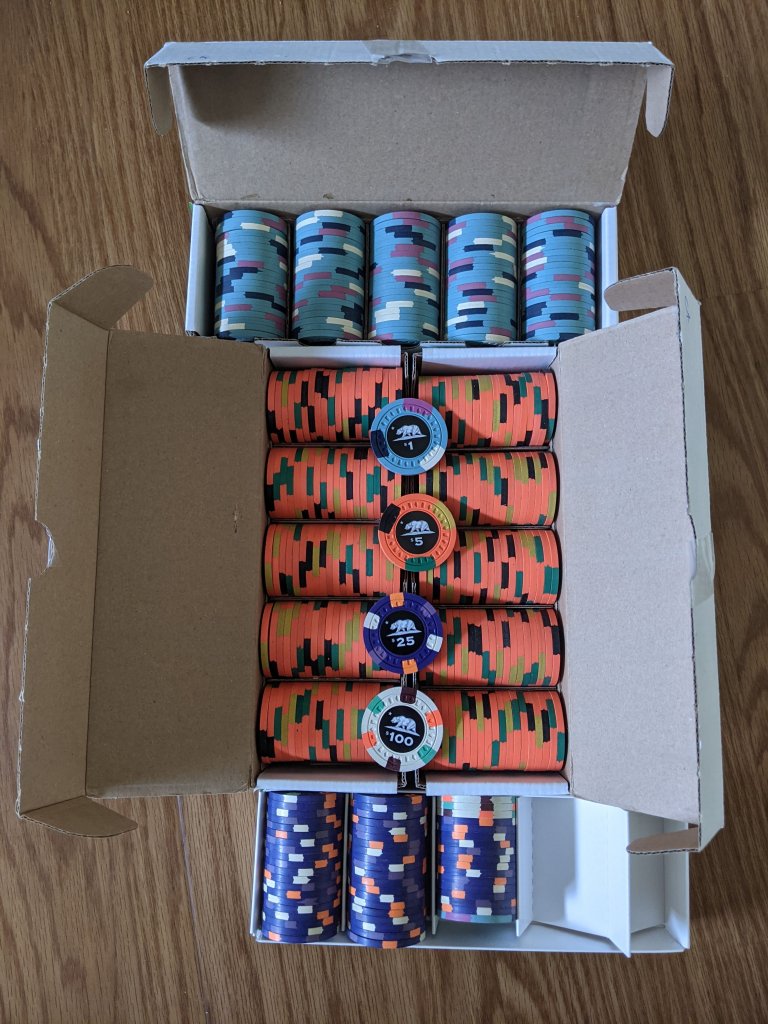 ... and accordingly my first big purchase was 300 dead-mint Starbursts in an original Paulson retail store case, spotted on ebay within a few minutes of being posted, and grabbed at a pretty reasonable BIN price.

I felt pretty good about that. I'd already fallen in love with Starbursts, and I was thrilled at my first "score". 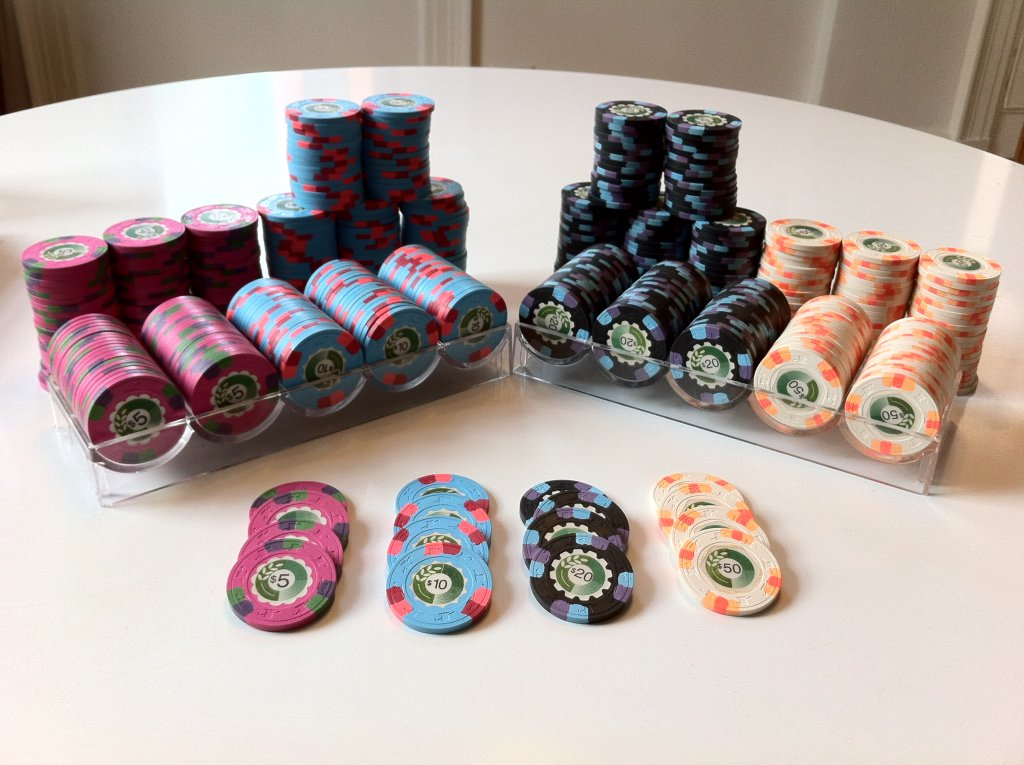 Then I sold it and regretted it for years. Then I bought these... 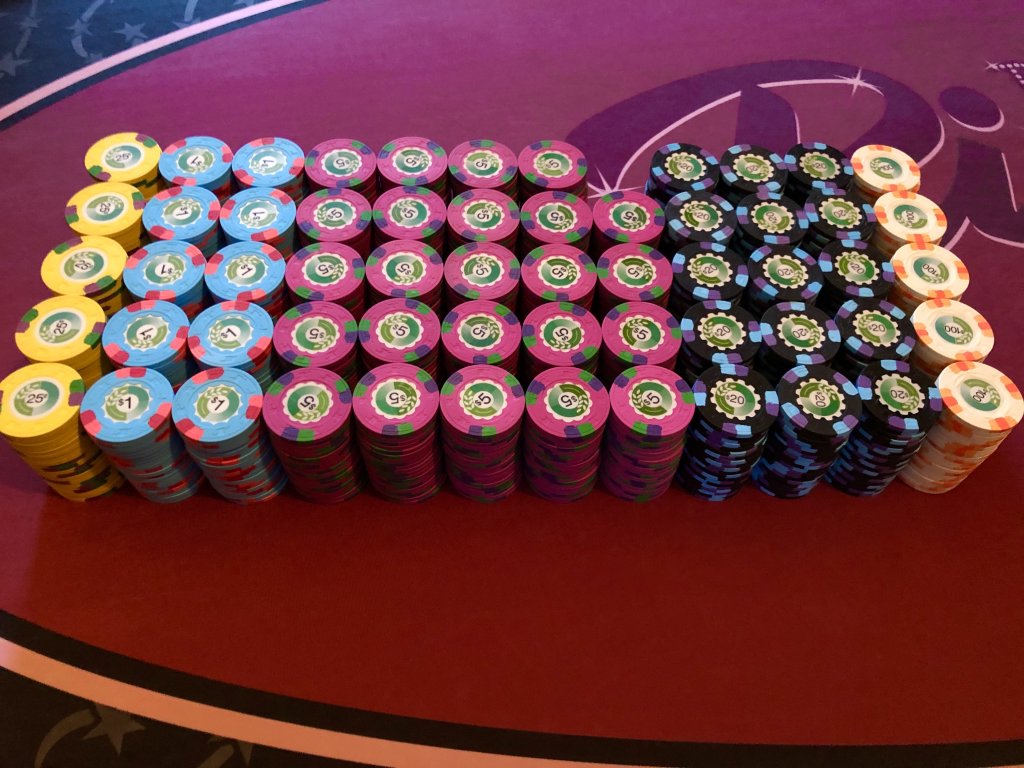 Not making the same mistake twice.

gopherblue said:
The first set I ever bought. For $299, IIRC.
Click to expand...

First BIG purchase? About 1000 Paulson Pharaoh's NCV (for around 60 cents each).
Absolutely loved those chips.

Might’ve been less. I can’t remember. 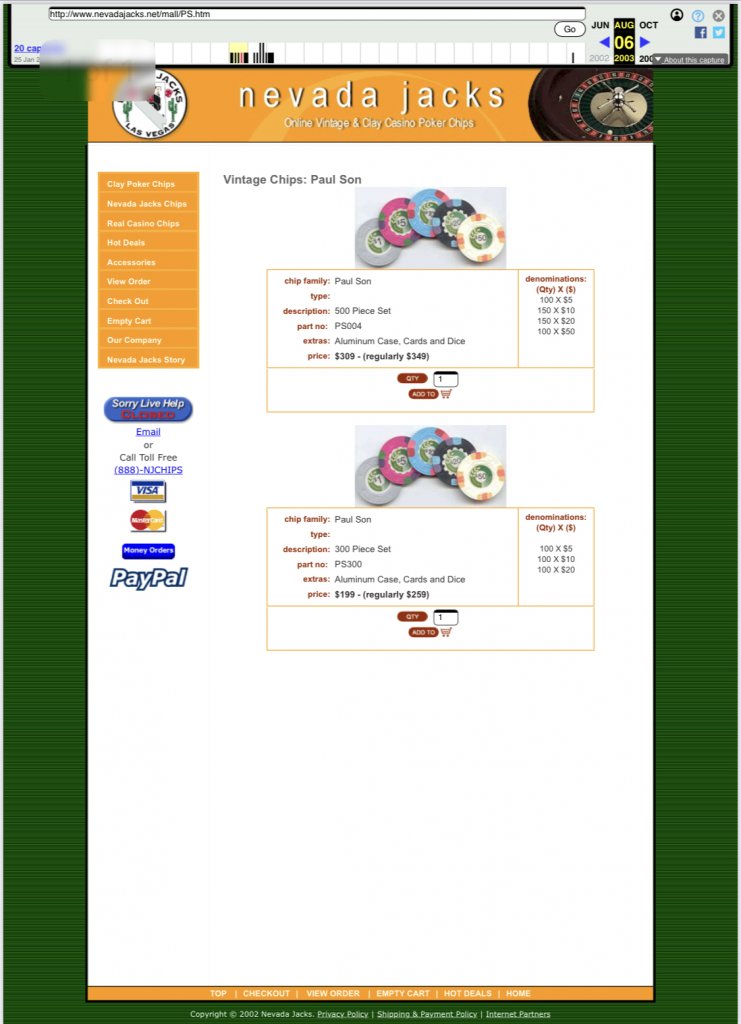 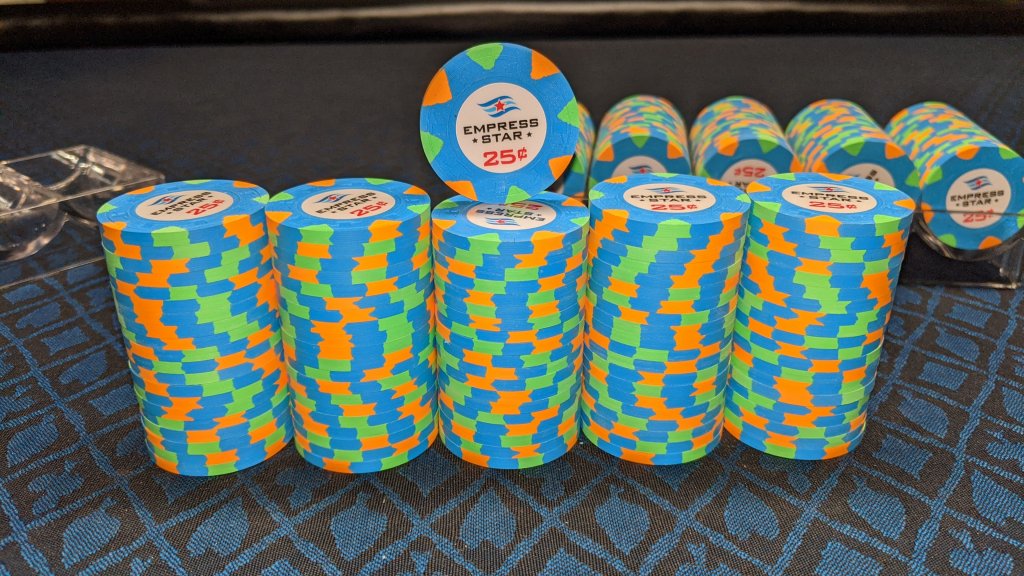 Didn't care for them. Sold them. This purchase trumped that one. Still have these. 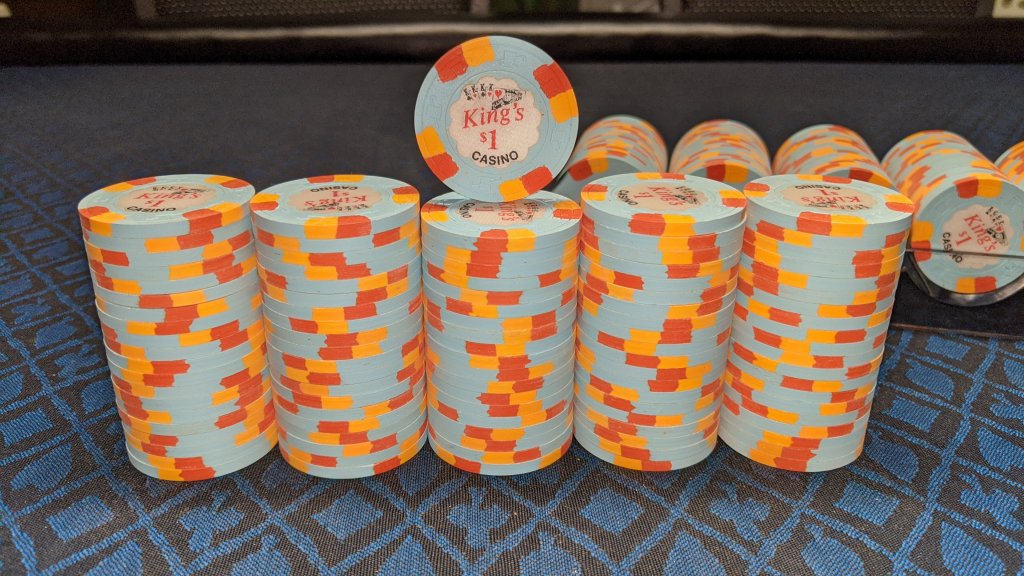 KrisPringle said:
I became a member here right after the hsi sale. I did get a barrel of hsi 1s in the same order as these chips (I ordered Cincinnatis, so I ended up with hsi through an error. I just wanted to feel paulsons though, so I'm not going to make a big deal out of it) and I agree I'm not a big fan of the brown. Still tho, the hsi chips feel WAY better than the china clays. I don't blame you for going that route.
Click to expand...

This is the receipt from my first big chip purchase. I never imagined then what would be. 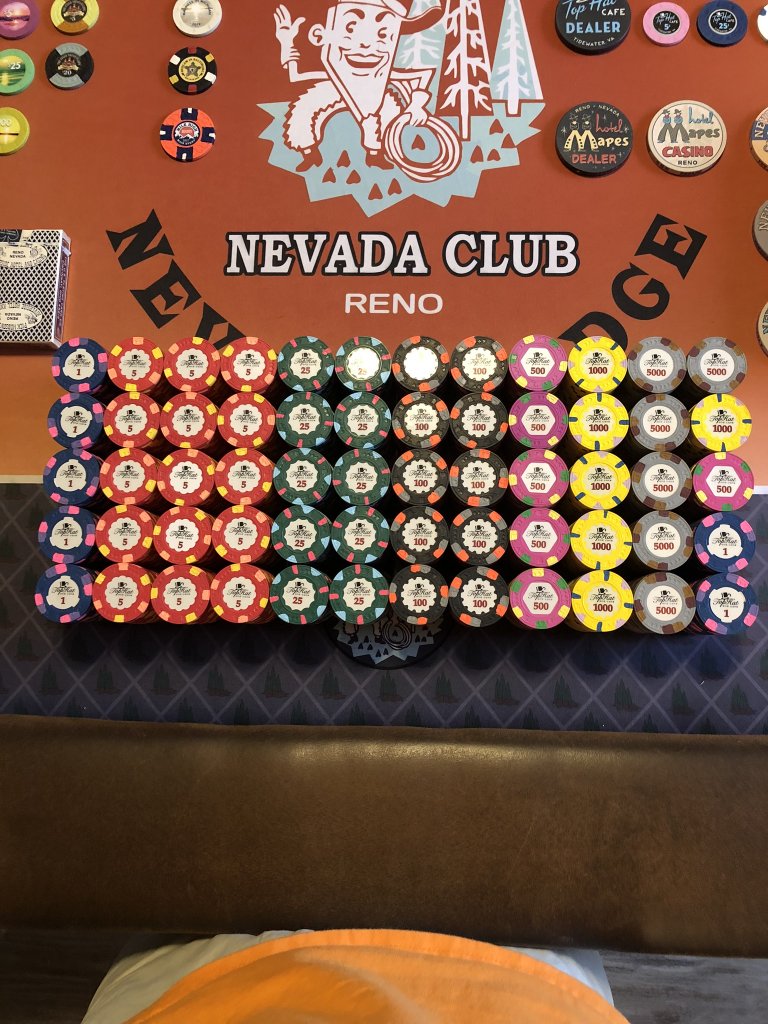 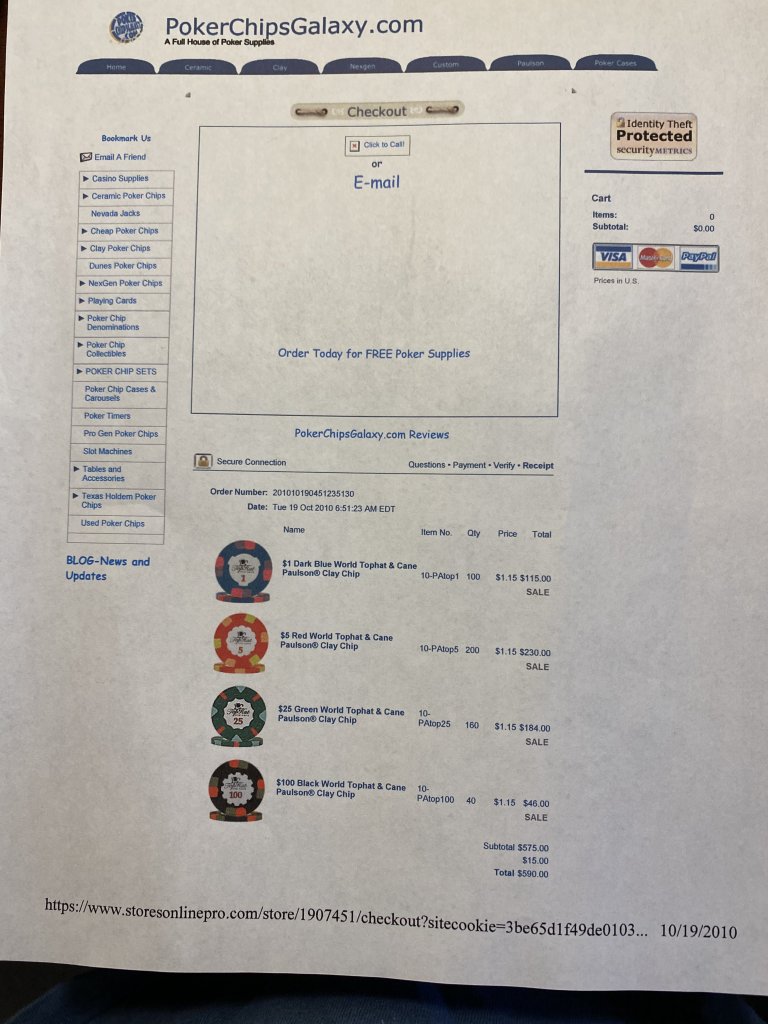 That’s an awesome pic. How values have changed!

A few weeks prior I'd have never thought I'd spend this"much" on a set of poker chips.

November 2020...not even that long ago, but prices for this set have certainly changed as well: 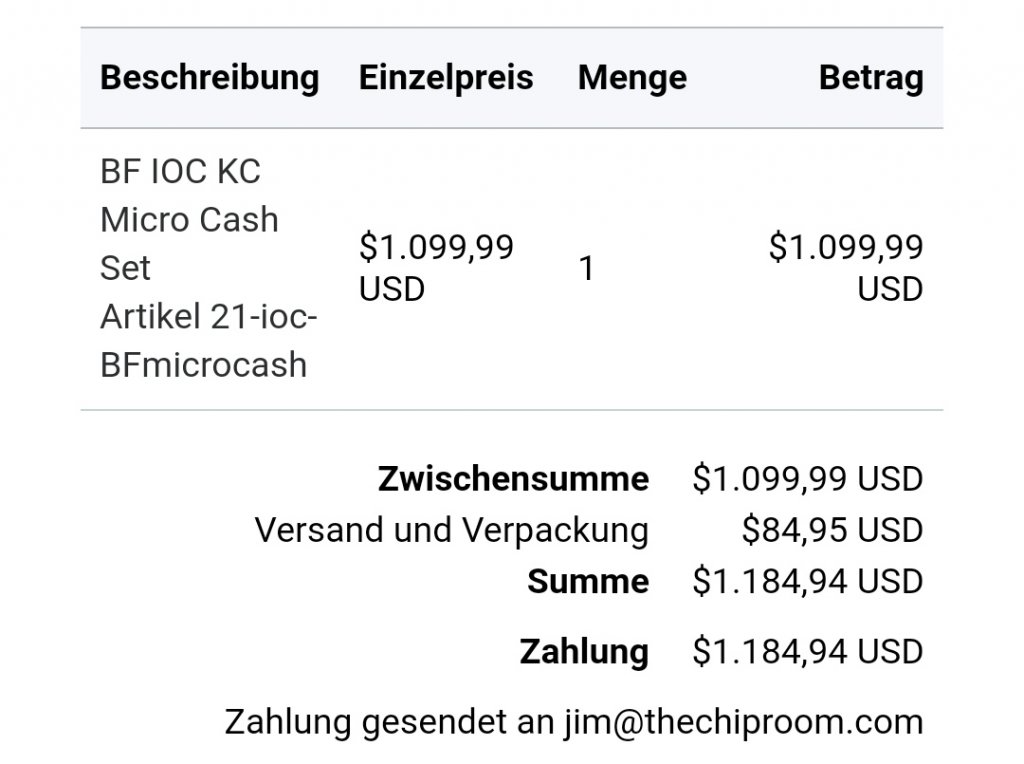 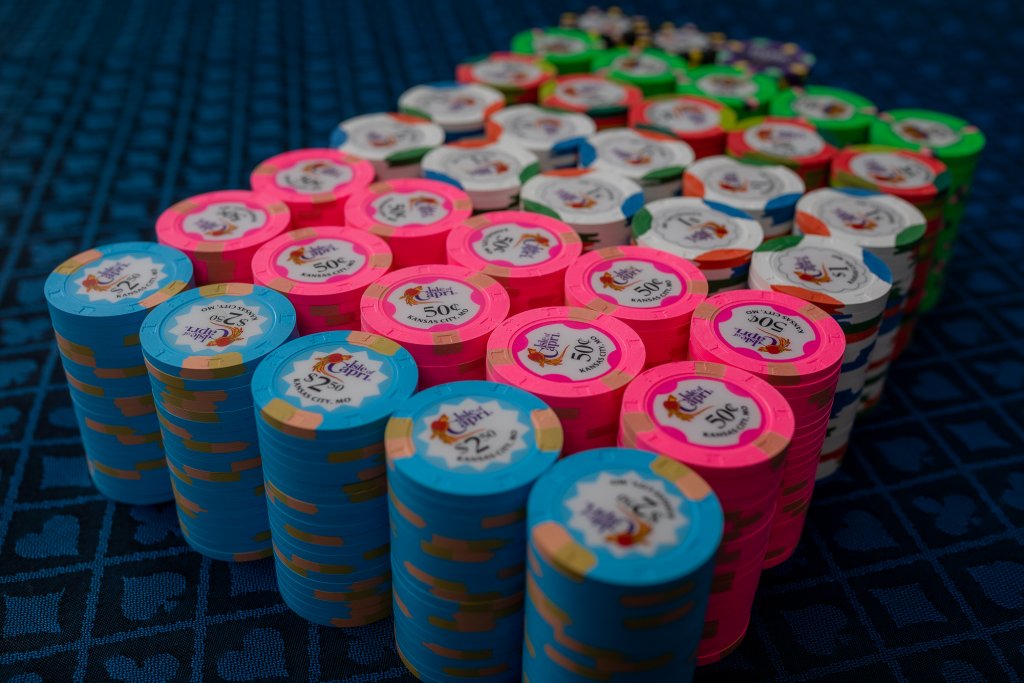 Changed it up and trimmed it down a little to fit my needs and for me it's the perfect microstakes set now. 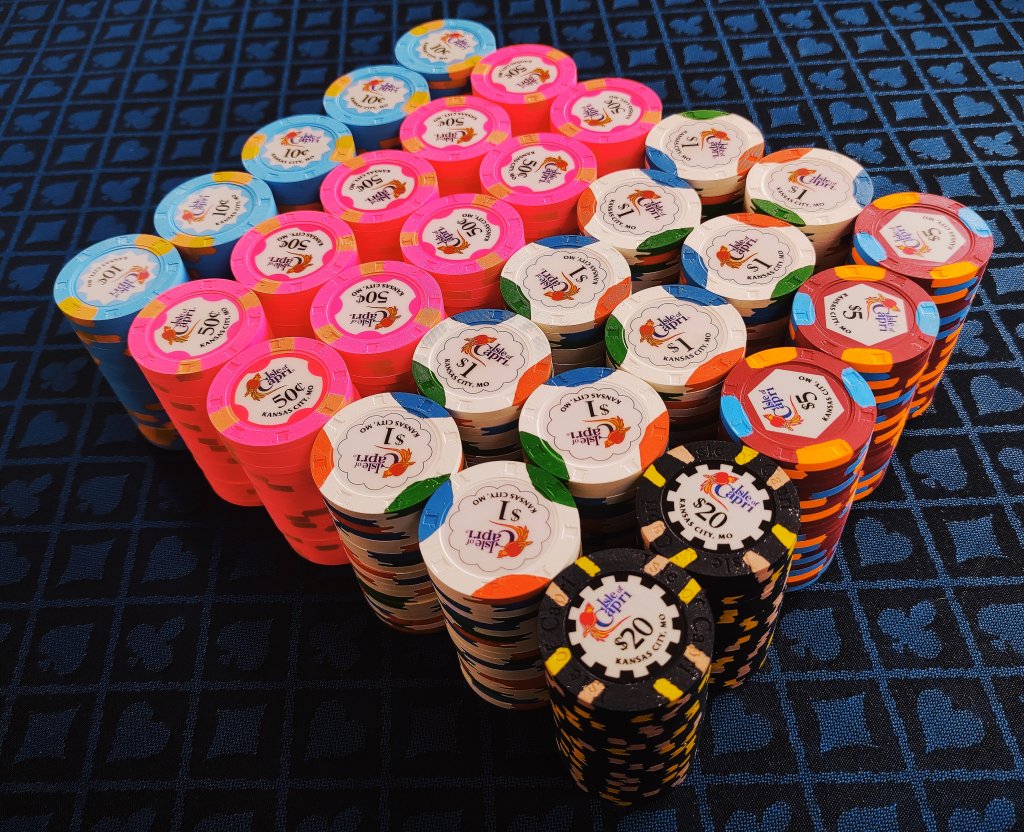 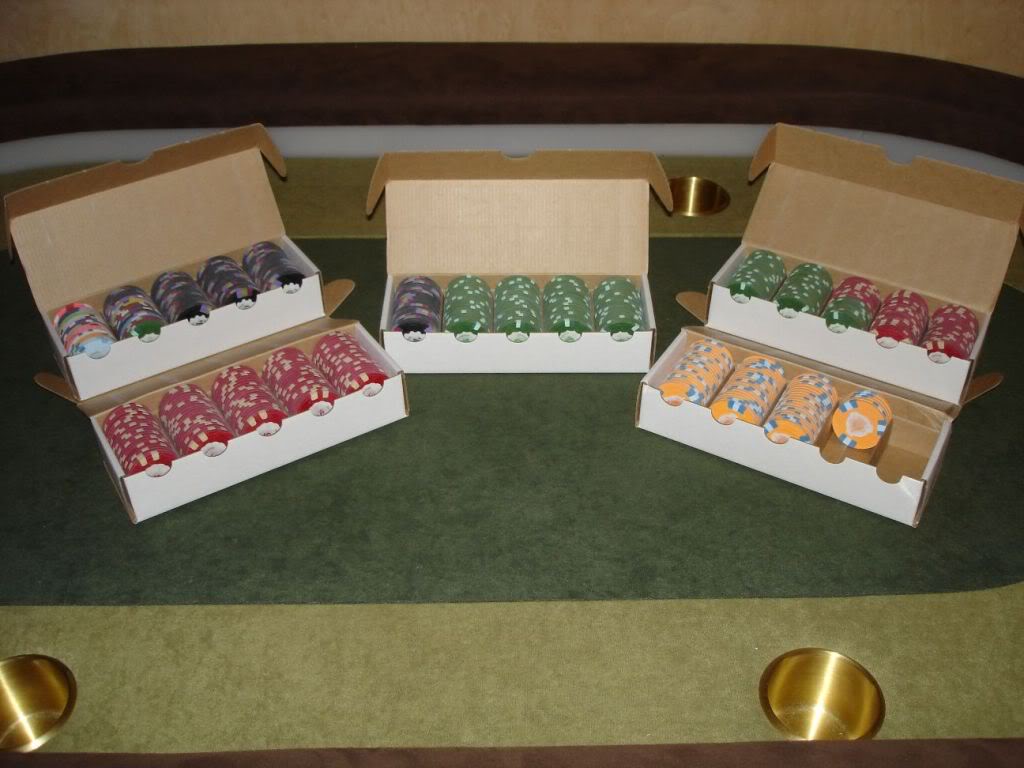 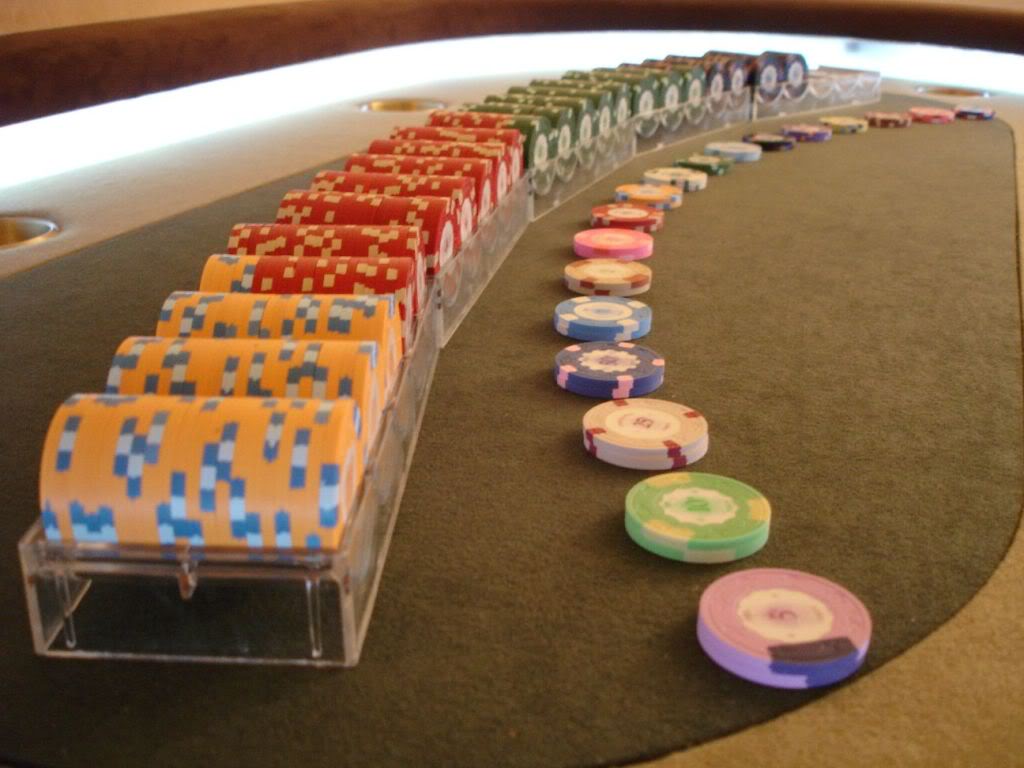 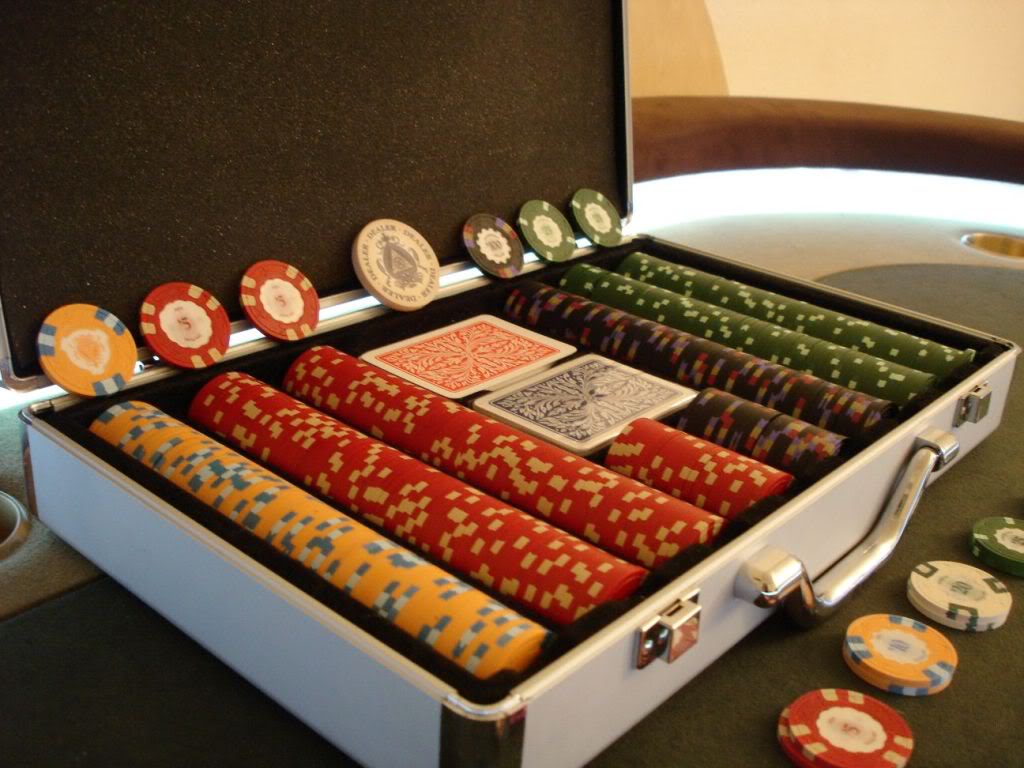 My first 800 where $1.49 a piece from Sidepot, sold my slugged set to a guy at work who looked at me all funny-like when I told him what they cost, so I reflected back to when me and the boys loved everything rocknroll (still do)…..but I also liked a few Abba tunes. 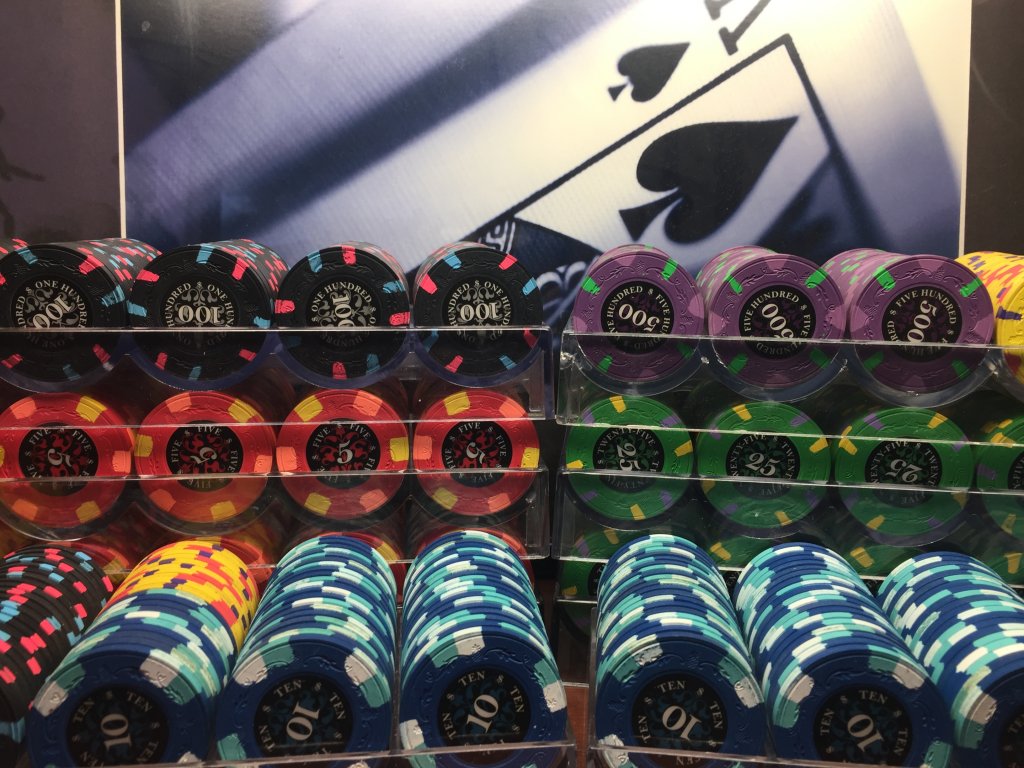 But none of my mates knew that
You must log in or register to reply here.

B
Paulson with CPC mixed set