When I posted the design for President Casino New York (PNY) Cards Mold Tribute (one of my favorites of all time - you can see them here) in early October, I received a number of emails. We eventually included them in the group buy run by @justincarothers this month.

However, @Tommy PMed me and asked to borrow a sample set, which we exchanged. Then a short time later he asked if we could build a PNY tournament set around the $1000 chip, but print the entire set in 43mm instead of 39mm.

So that kicked off a series of email exchanges where we played with various designs and spot colors. We initially focused on the 5K and up chips which he wanted to keep in a Northeast color scheme. So he researched some NJ chips and sent me some sample images from Atlantic City. Most of the 5K's were grey, so we went with a grey 5K, and eventually found an image of the Chrysler building that went well with the pink/black edge pattern we selected.

Next up was the 25K which we agreed should be yellow. I had already found a dramatic shot of the Met museum that would fit well and I tried bumblebee spot colors (yellow/black) but that was too close to the 5K. Tommy eventually pushed me to brown and tan, which worked well. It was the only chip without a bright spot color, so we went with a bright yellow to make it stand out.

I had been pushing a flag design for some time so that seemed like the obvious choice for a 100K chip. I found a classic shot of the Empire state building to use. Then I added a fairly simple red bounty chip (Grand Central clock) and pink Rebuy chip (Skyline with Twin Tower lights) selected to be distinct from the other narrower spot patterns.

The final touch was to select new images for the lower denomination chips. We kept the classic spot patterns from the PNY set, but swapped out images on the 25 (Statue of Liberty with skyline in back), 100 (Wall street bull) and 500 (closeup of Brooklyn bridge) to keep them in theme with the original set, but be distinct.

The only chip we kept the same was the 1000, as we both agreed it was a perfect chip (Prometheus statue), so we just removed the '$' on it.

So we had Tina print a set for me and a set for @Tommy both in 43mm and here's the results: 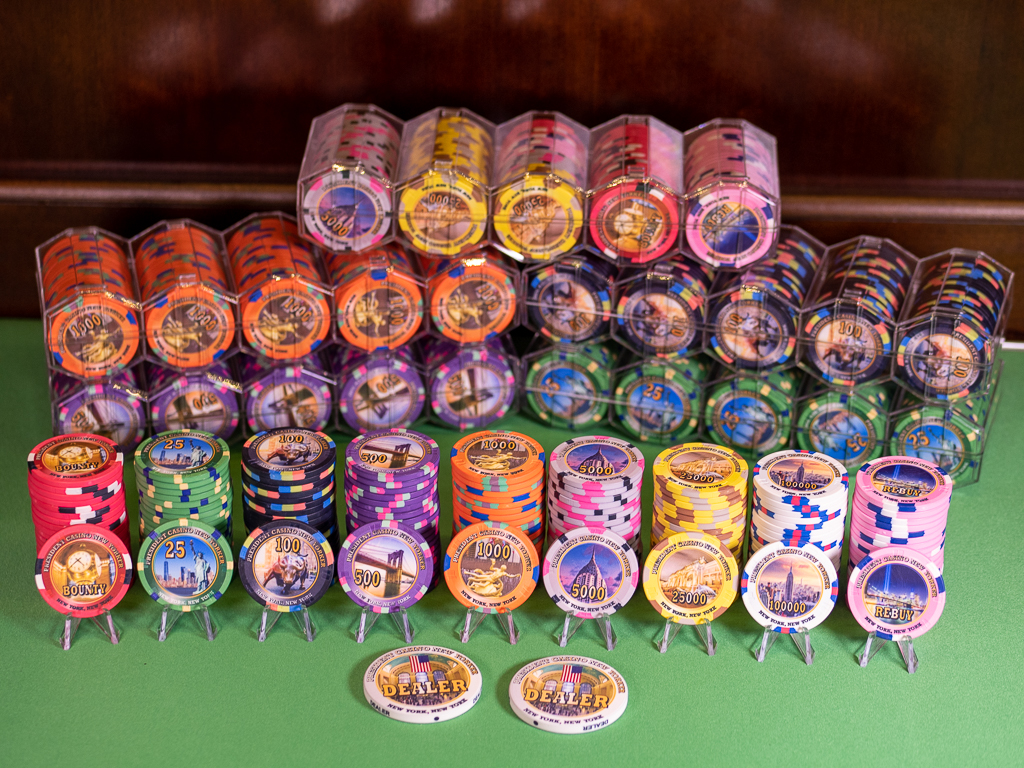 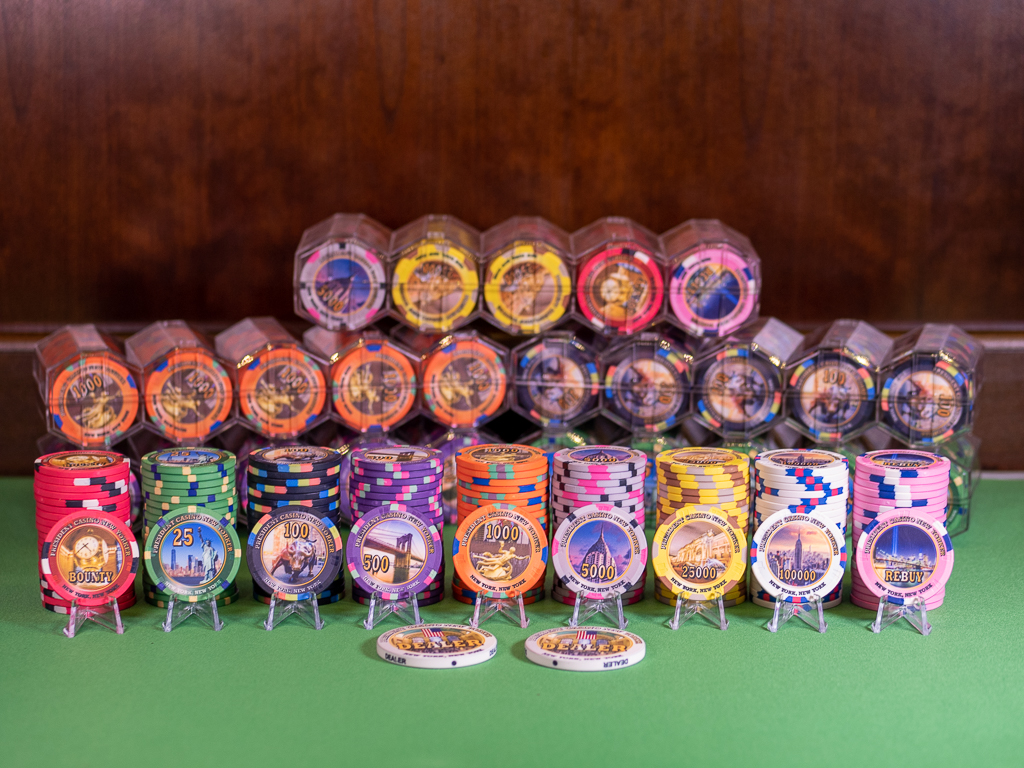 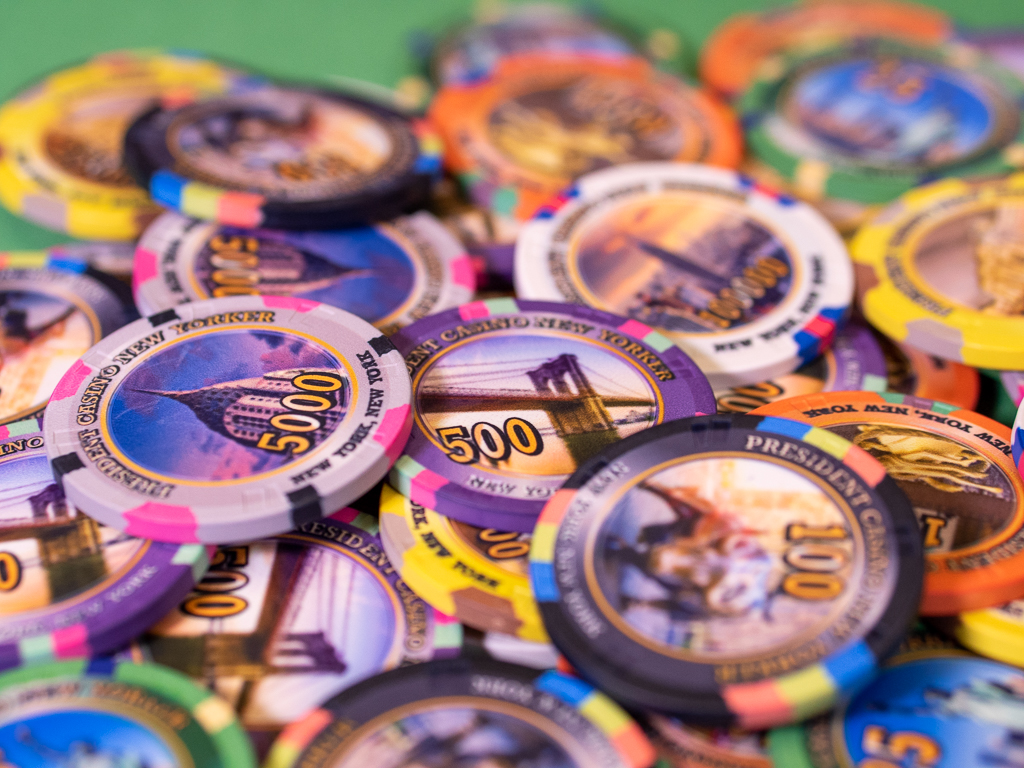 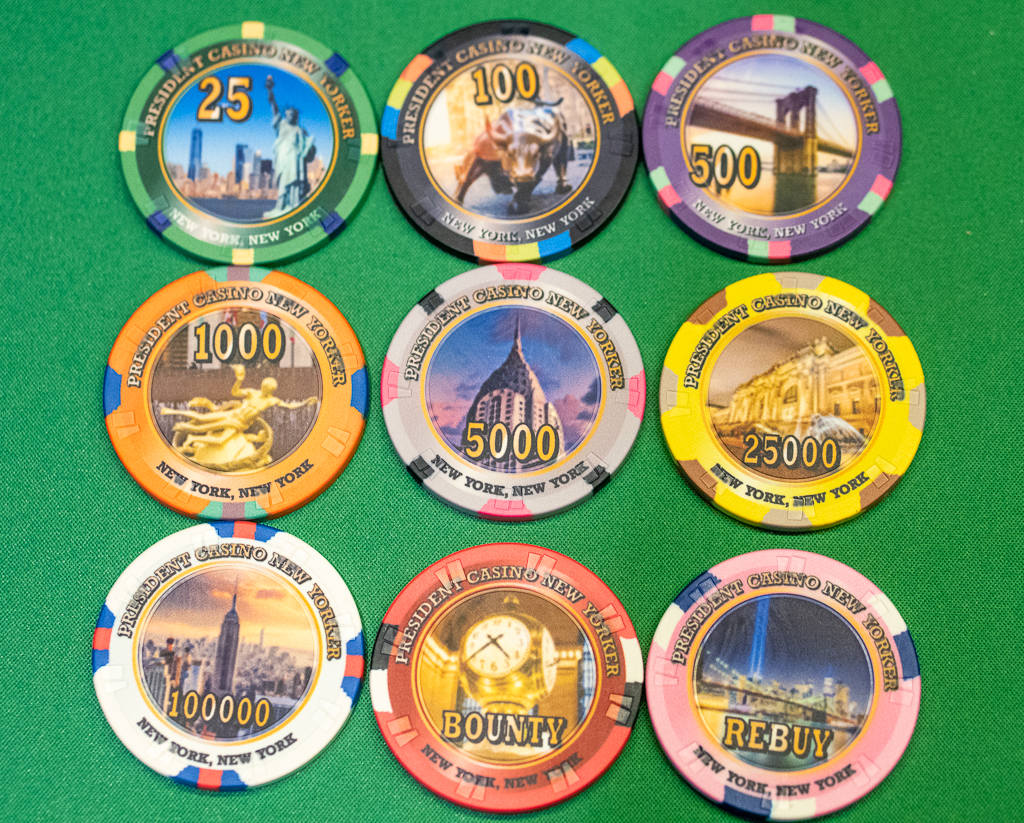 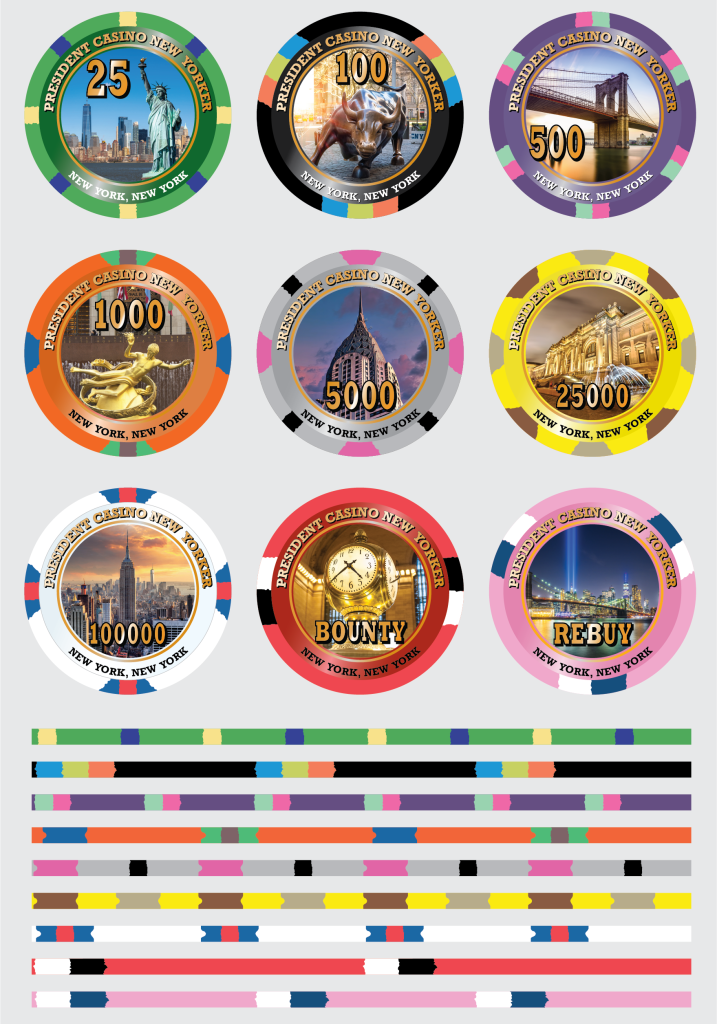 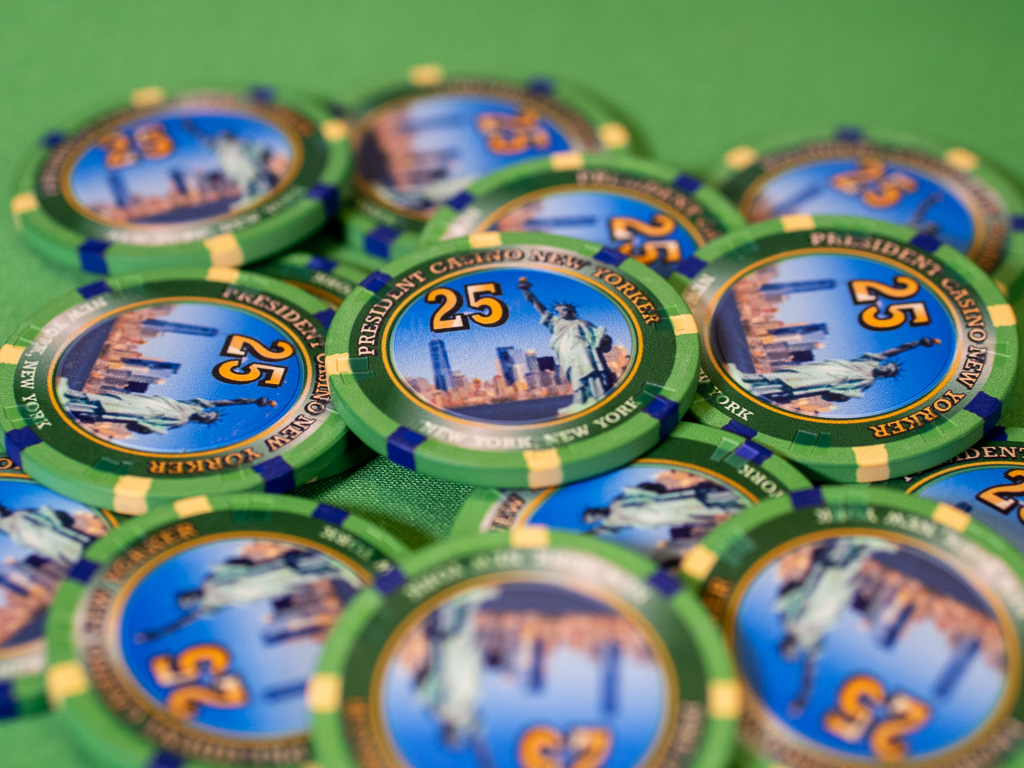 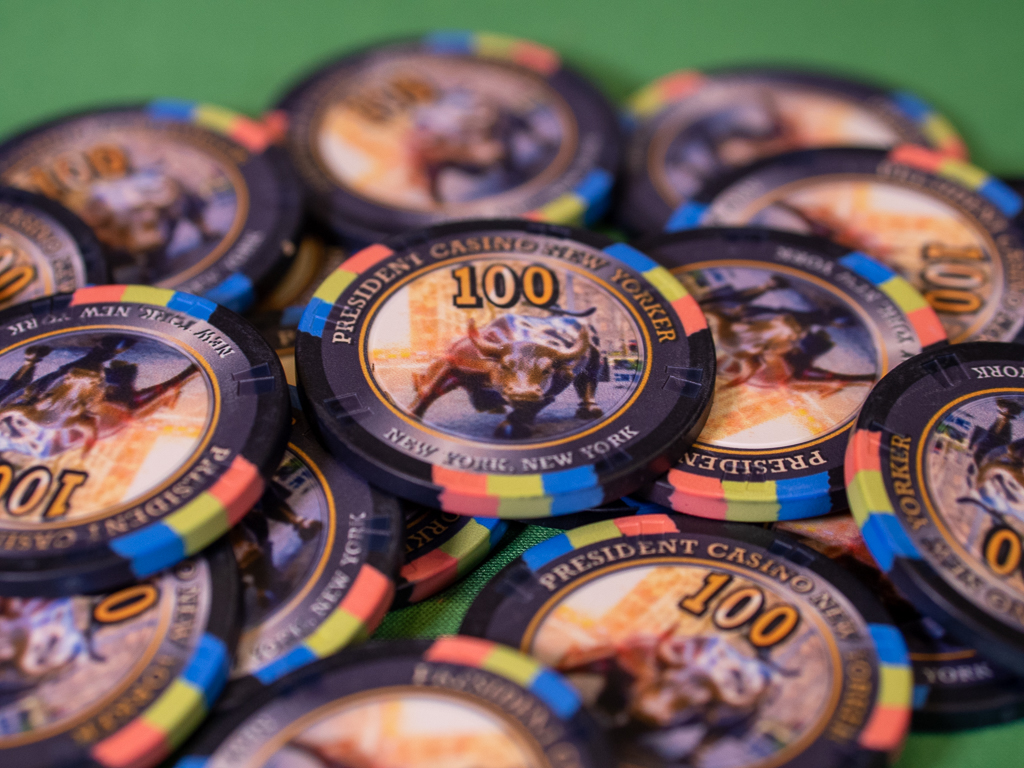 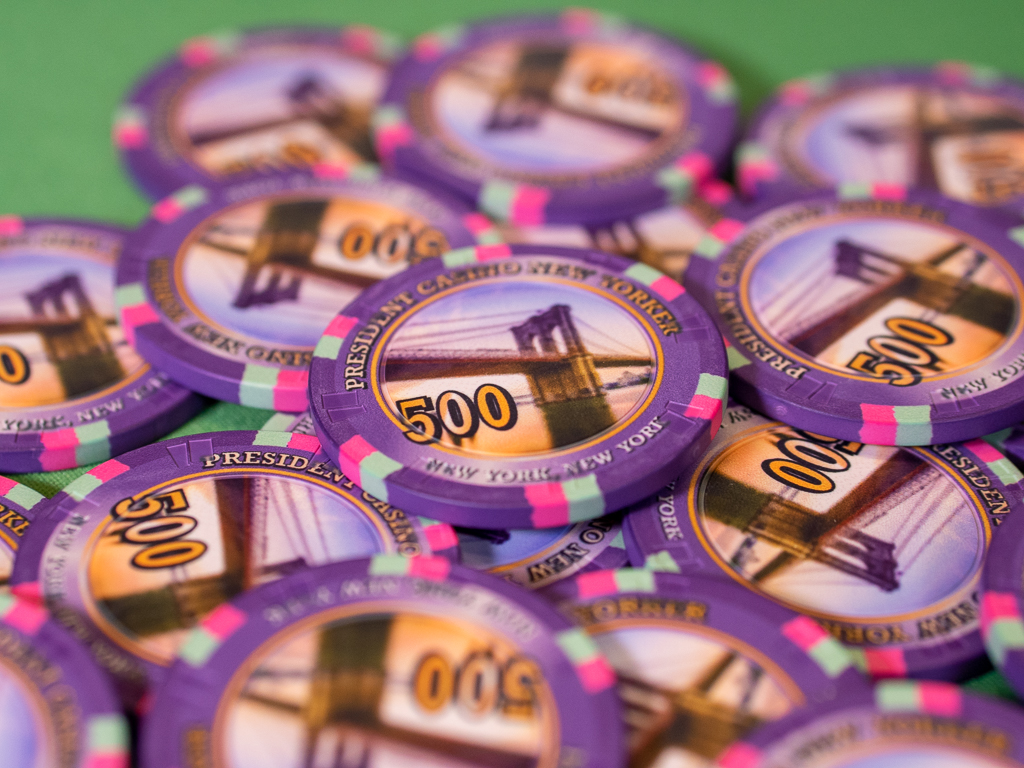 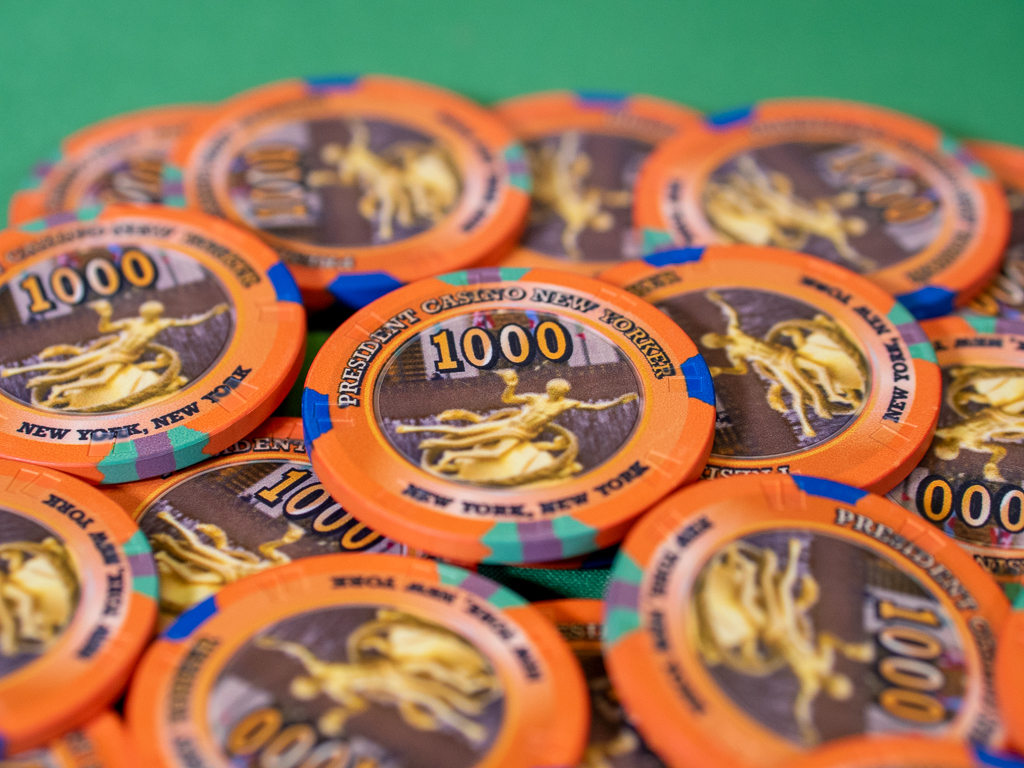 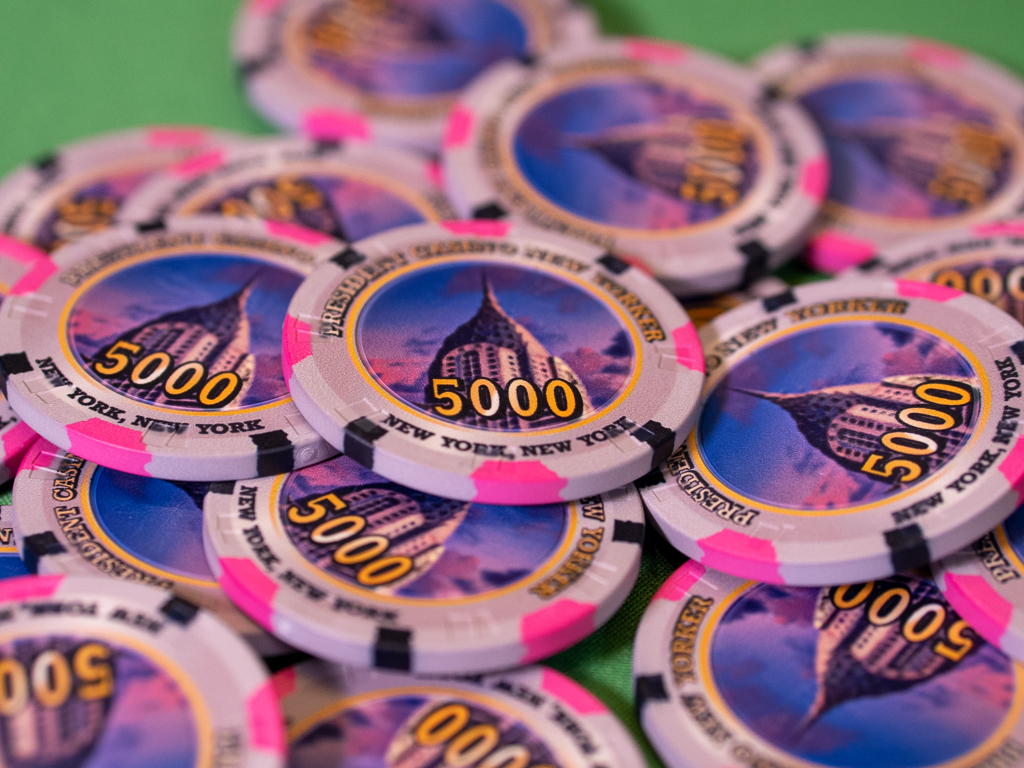 Excited to get my own set! 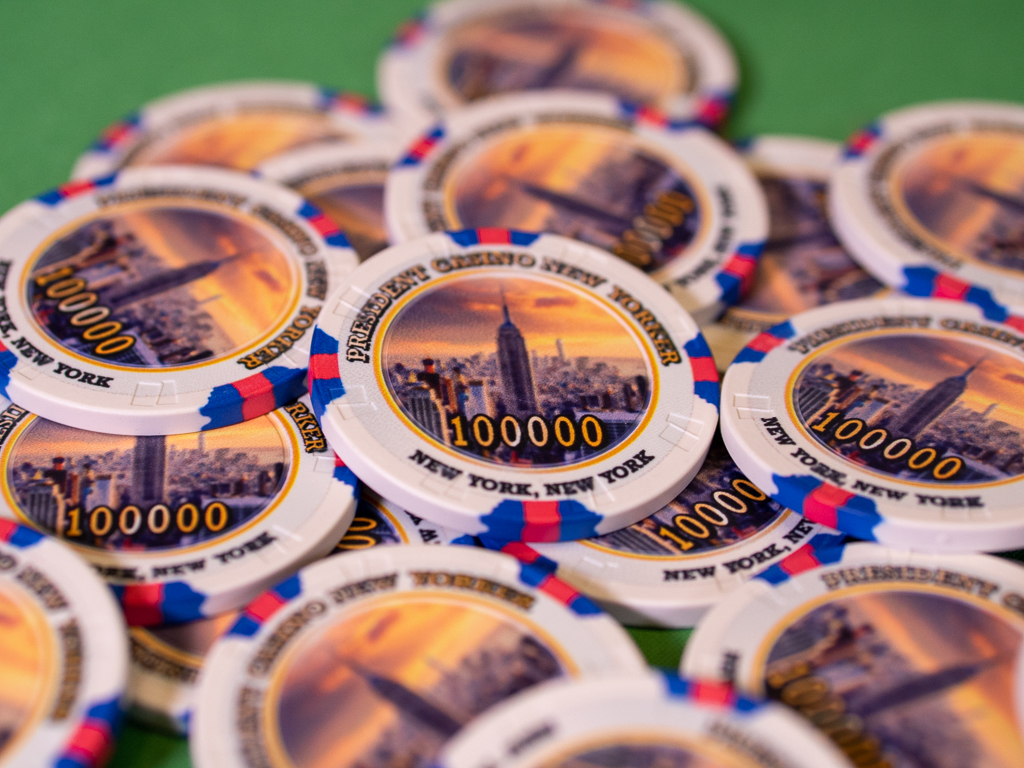 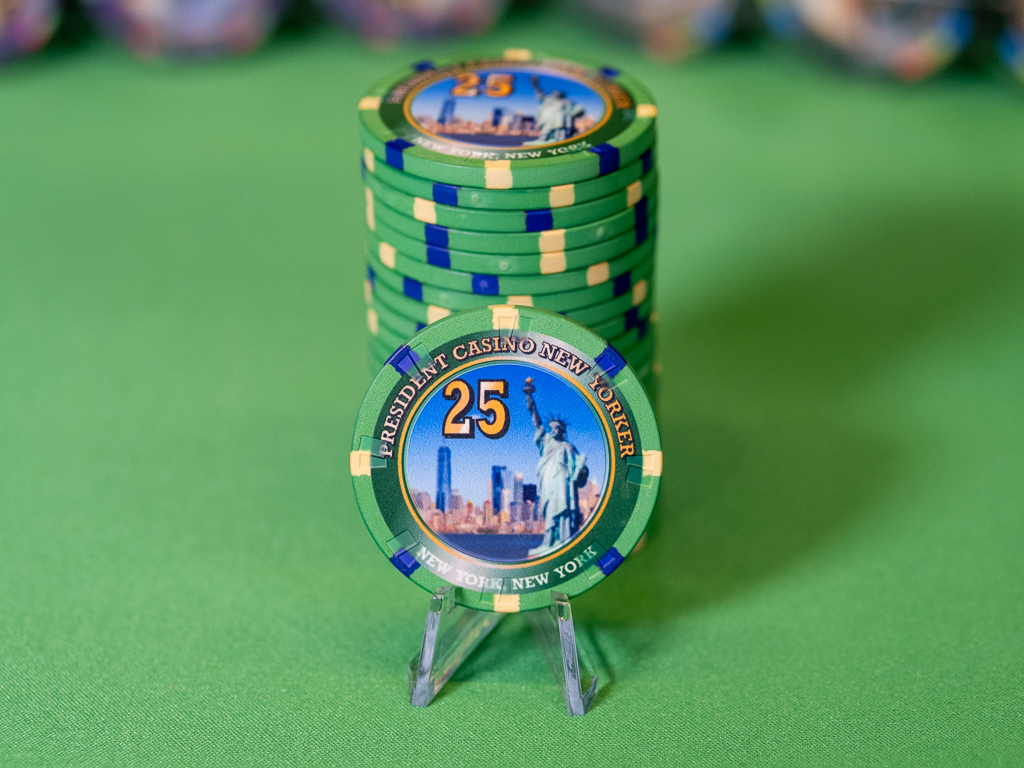 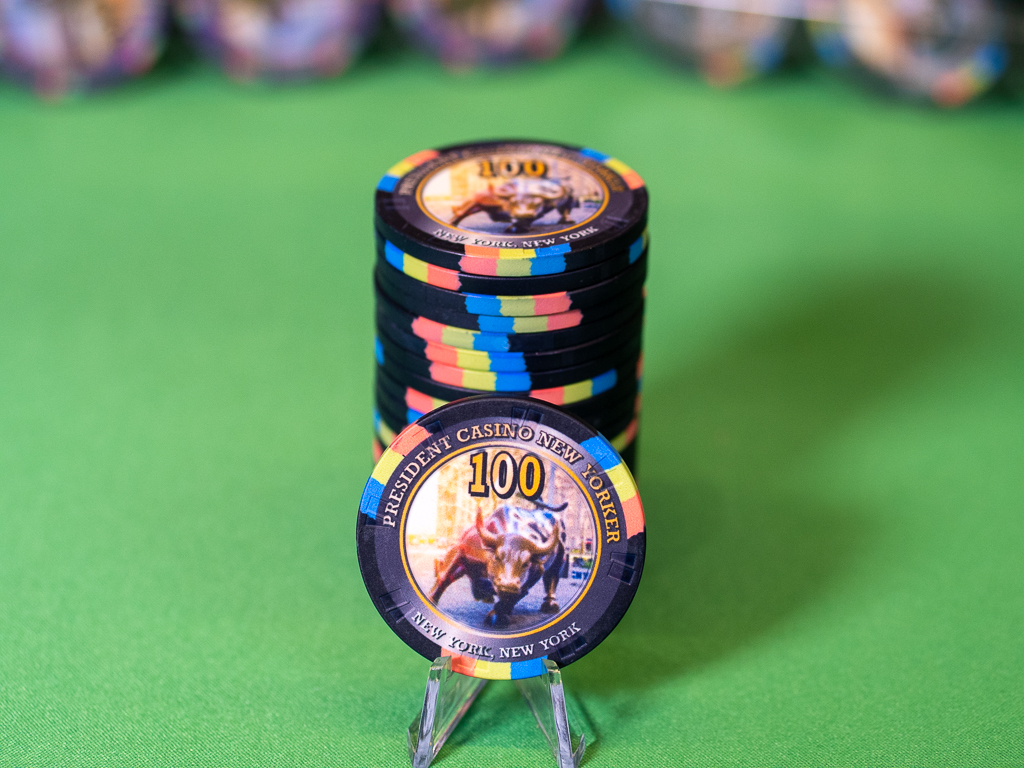 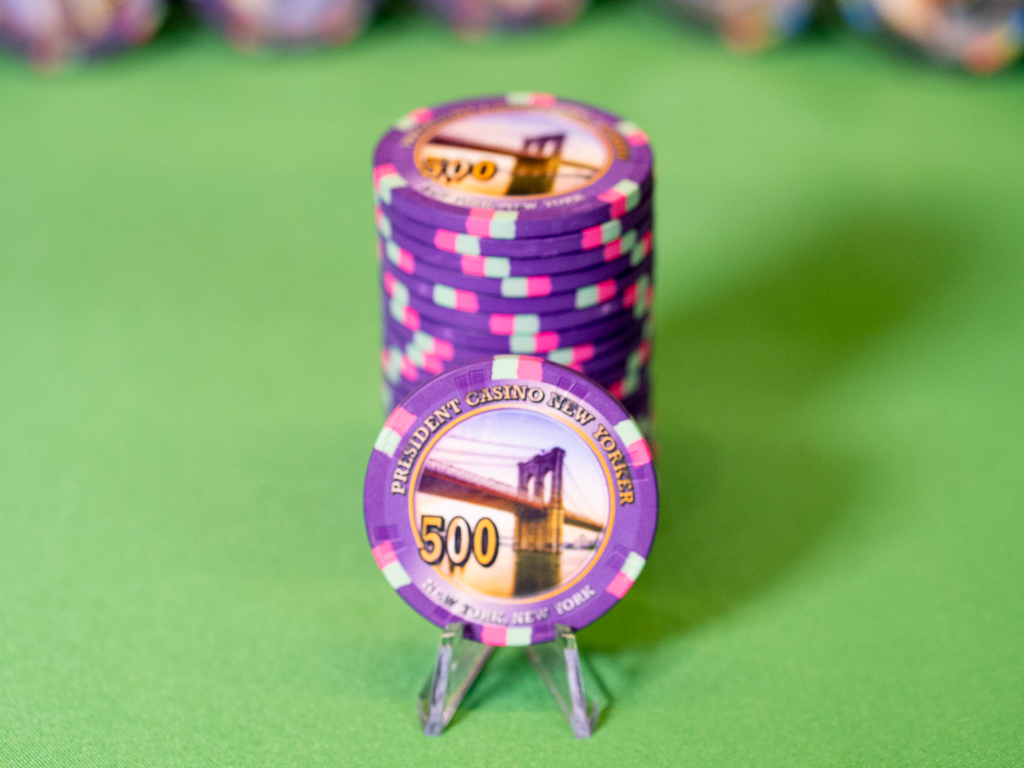 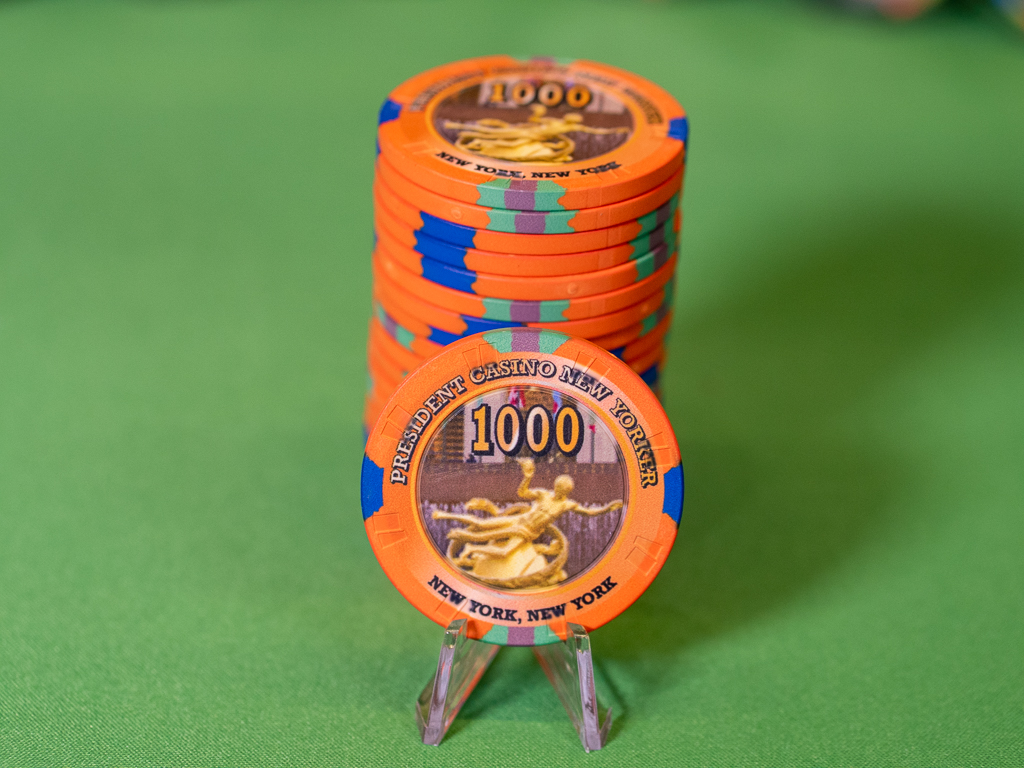 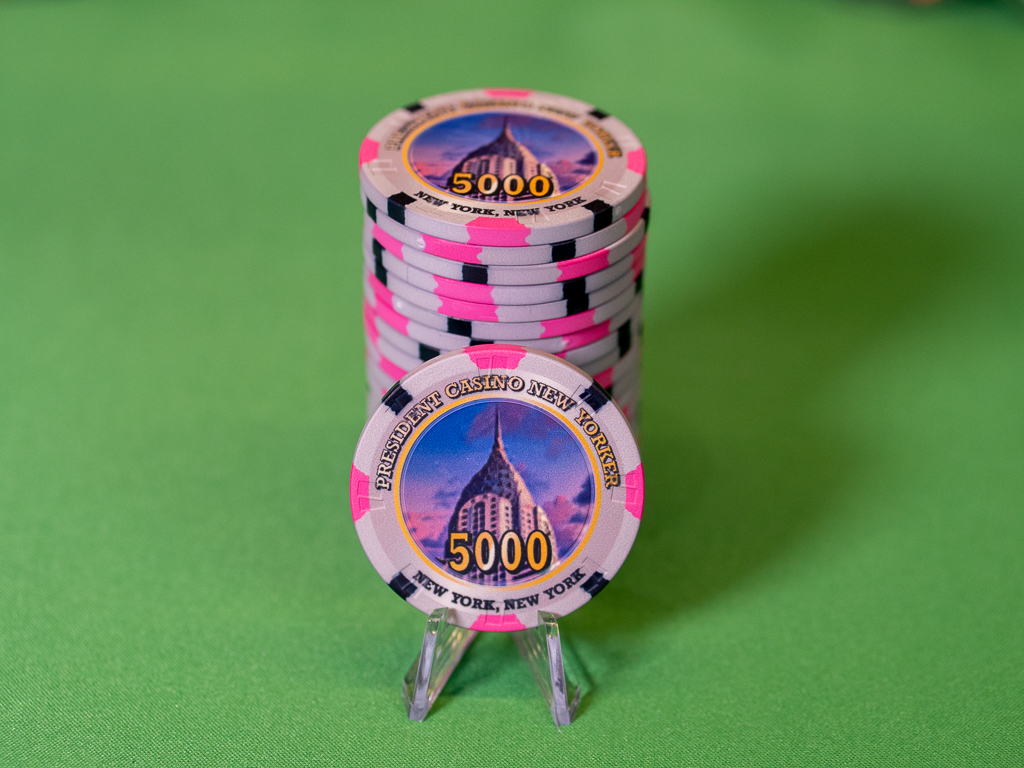 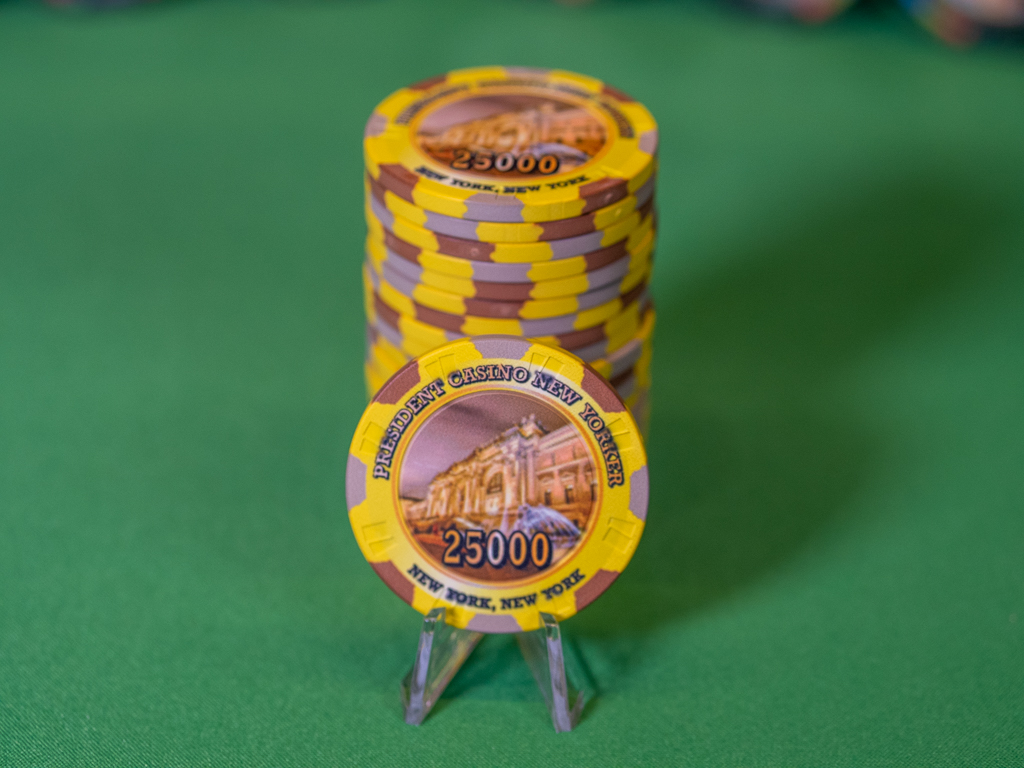 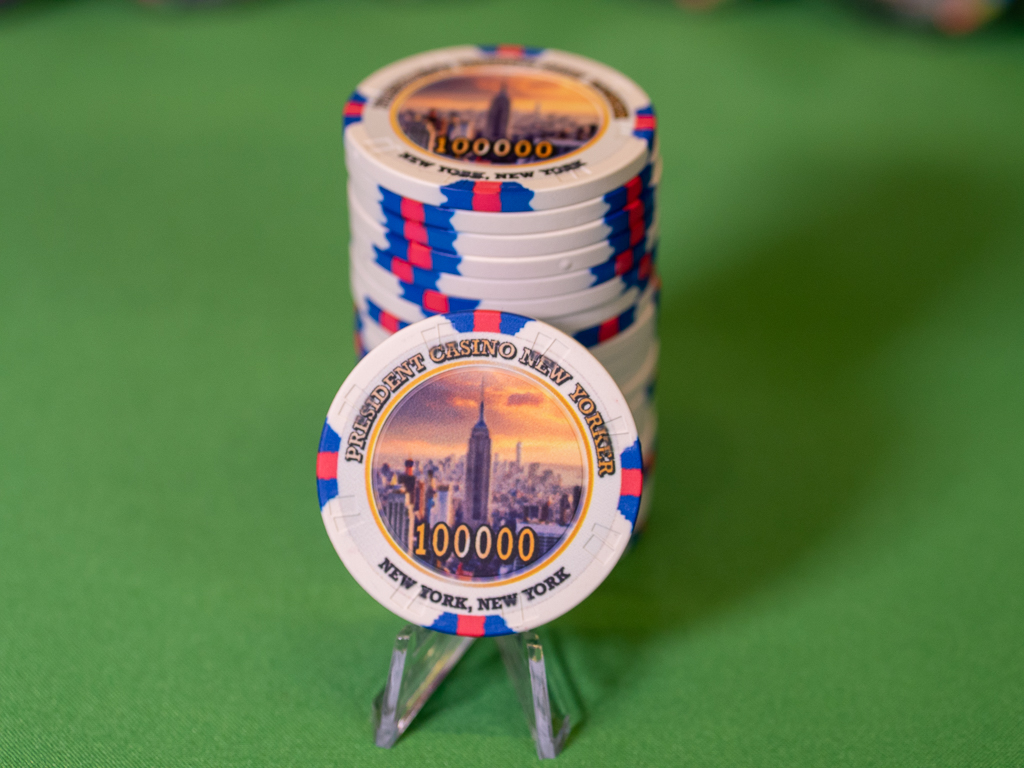 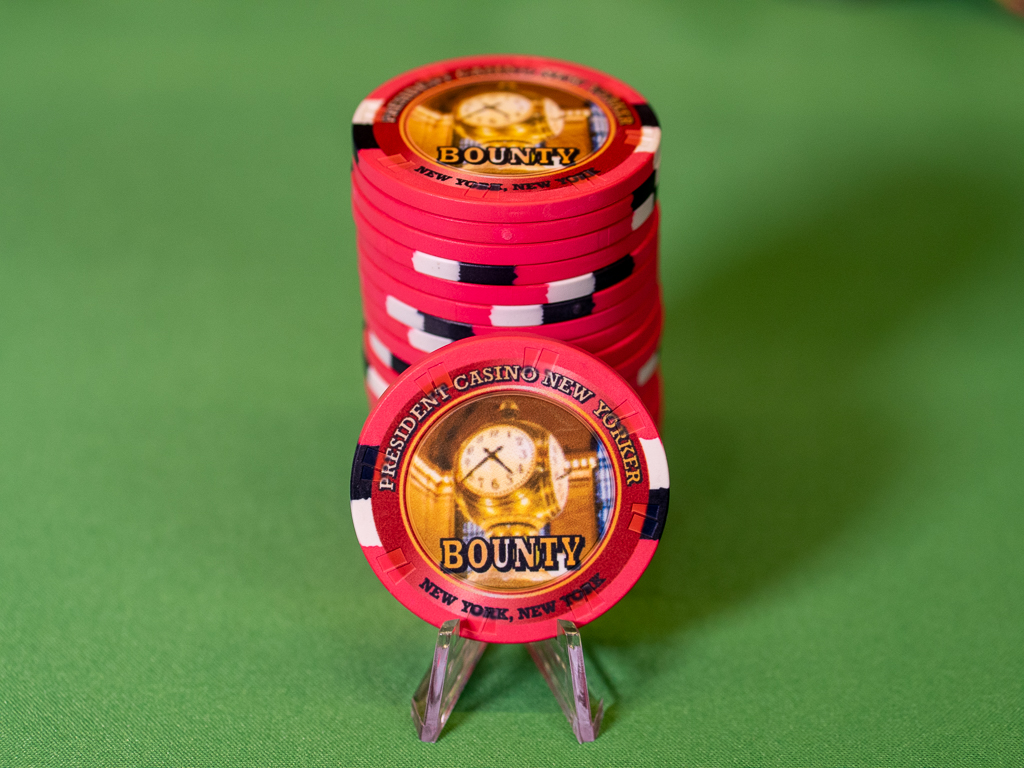 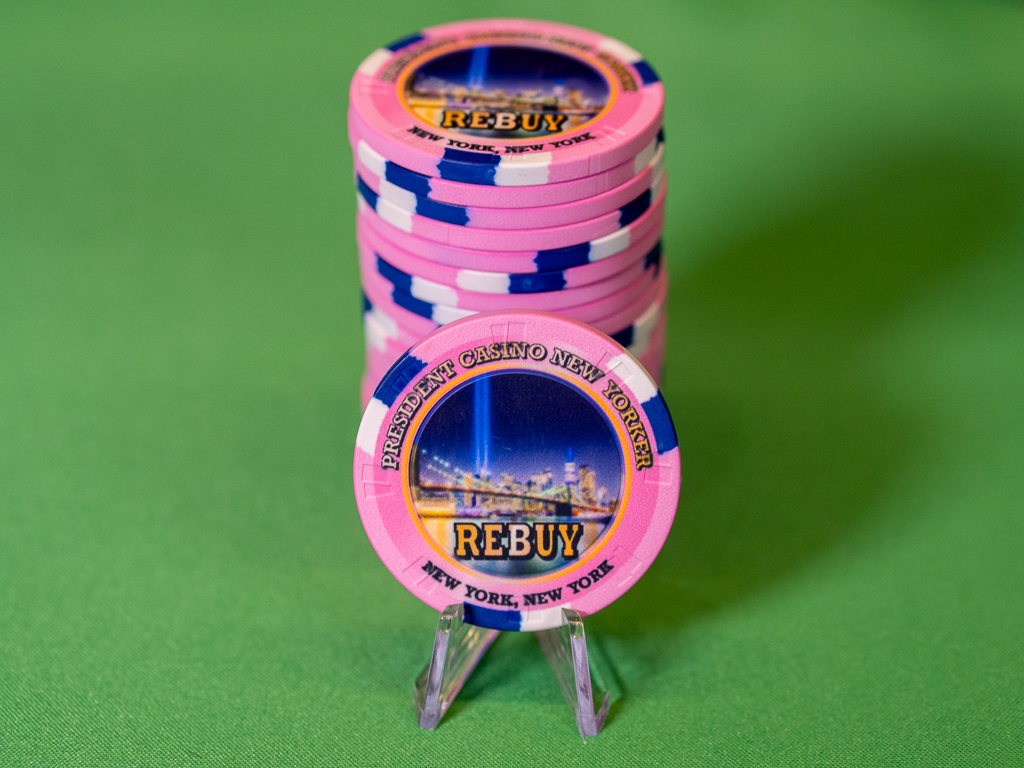 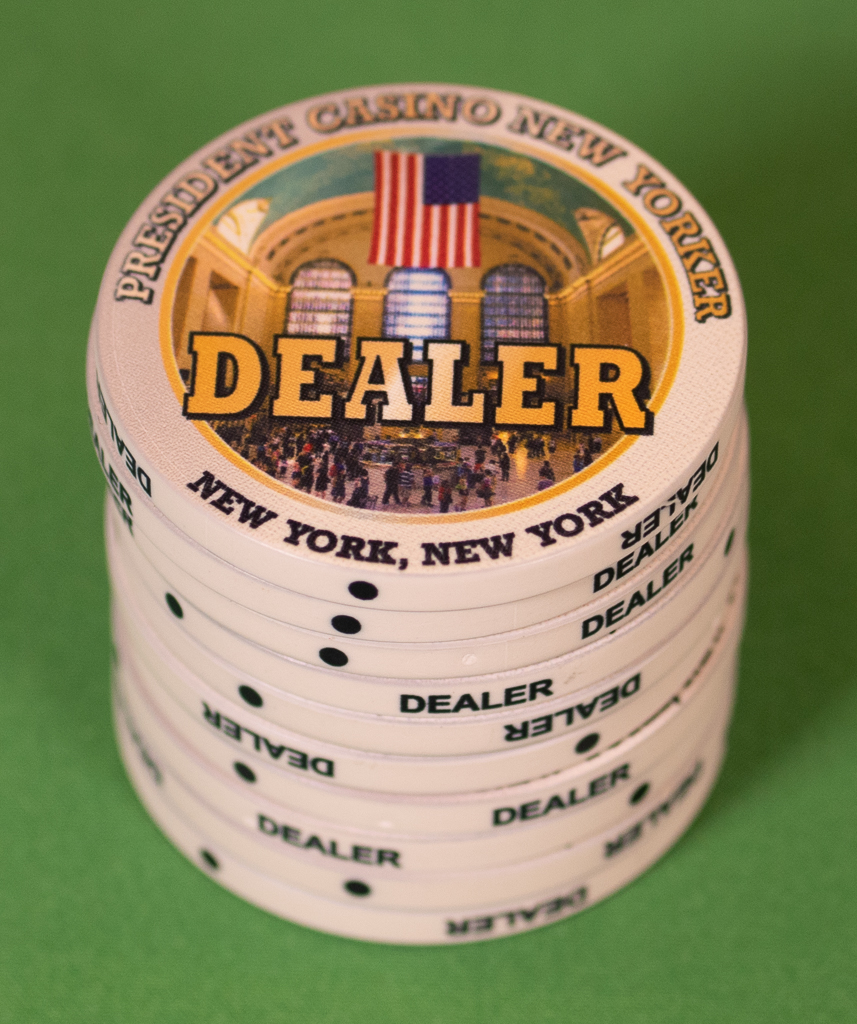 justincarothers said:
Excited to get my own set!
Click to expand...

Yes - I think Justin is going to include these in the next group buy as well. I recommend the 43mm as the larger size is awesome! 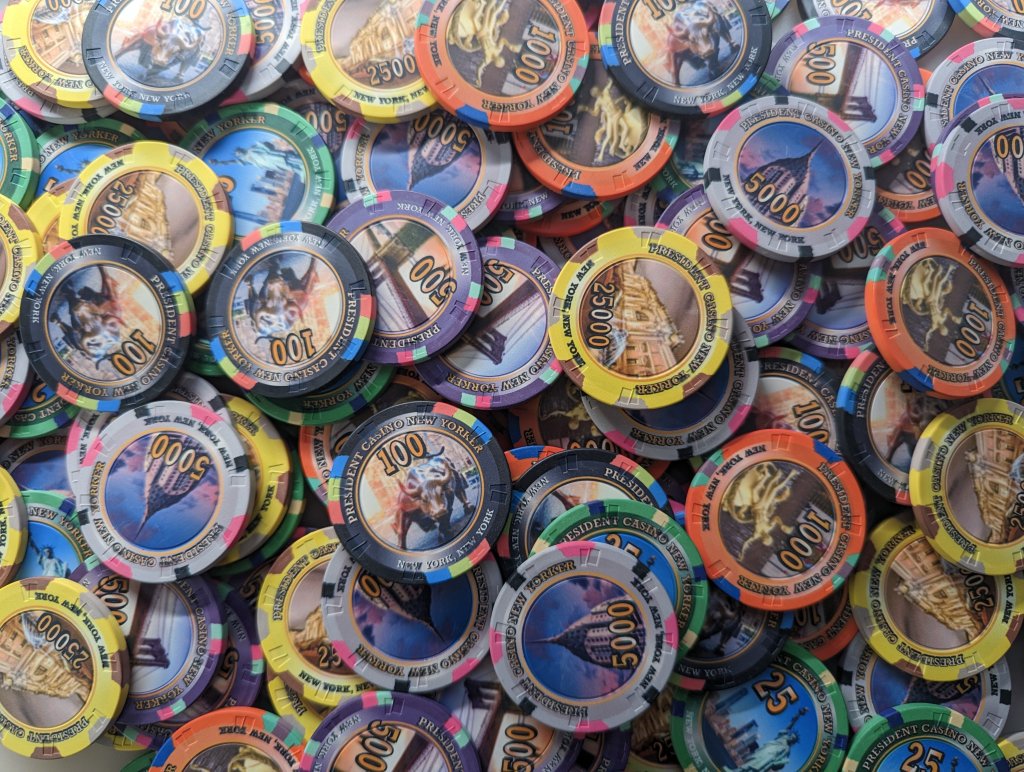 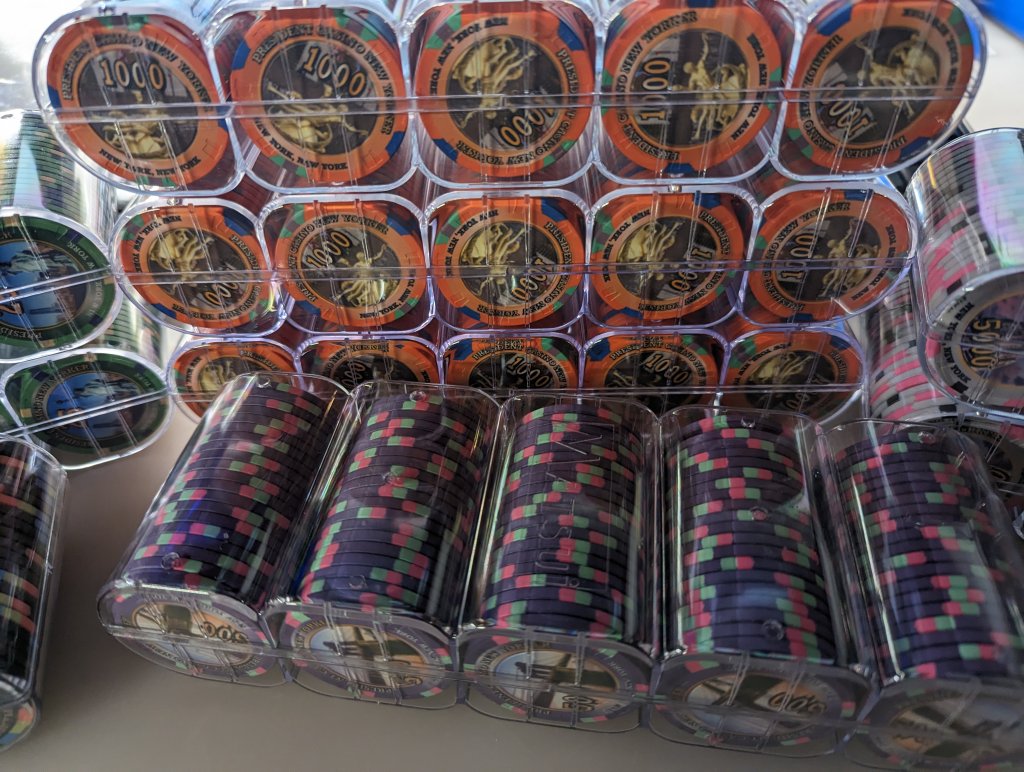 I have a limited number of sample sets for the PNY tournament 43mm available here in a dibs sale: