Going to be a crazy western conference finals matchup.

Can't wait to see the media ask Doc another 60 questions about playing Treez and if he's ever looked at advanced stats.

I can’t believe what I just witnessed.

shorticus said:
I can’t believe what I just witnessed.
Click to expand...

I don't know what to do. I'm literally walking downstairs to go open a beer and sit on the couch. I'm empty. Happy for Nuggs at least. I may just have to let a tear out tonight. 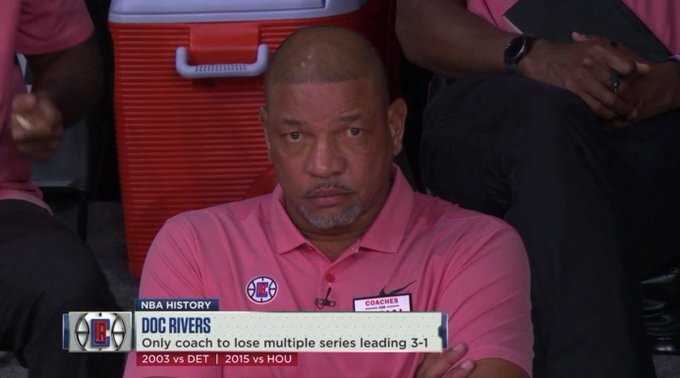 It's unfathomable. On paper it didn't work. One of the most exciting and close knit teams playing much higher than their ability as a team, playing under a stern but fair coach, with an excitable owner not afraid of paying luxury tax. It's the picture perfect setup to hit on one solid draft pick and pick up a superstar in free agency.

INSTEAD, break up the entire group and trade away players and picks to bring in two quiet max contract players under a coach who historically treats premier players differently.

They don't have a single glue player. Montrez and Pat and Lou play for eachother, but that's it. There's not one other player that plays for anyone else, which is why they play "up" when they become emotionally upset at the other team, because it gives them juice.

Clear, CLEAR sign of Doc's teams. Paul Pierce, Garnett, Ray Allen, Rondo, Chris Paul, Pierce again, Austin Rivers, Griffen, Beverley, Barnes, Big Baby, Gortat - All of those guys were able to create their own chip on their shoulder, make up slights or get people talking during games. They were at their best when in a fight.

I think it's just what happens when your an elite players coach, it's the environment that's fostered. Unfortunately, unless you can run a whole team out there that plays everyday with a chip on their shoulder (Celtics anyone?), you're just not going to consistently beat teams that play for each other.

Half hour of post game interviews, and Kawhi/George/Rivers all just lament it's the first year and they didn't have enough time together. Note one note of support for eachother, no real shout out to any of the secondary cast, nothing.

10 minute post game interview with Malone? Grit, determination, etc., but mentioned playing for eachother and loving one another multiple times.

Why the NBA is one of the most fun major sports to watch, because emotions and relationships have such a large impact on the final product.

BarrieJ3 said:
but mentioned playing for eachother
Click to expand...

I think Denver plays like old school basketball.
Each attacks are posed, it plays slow.
I have the impression of seeing European basketball sometimes.
Old school style team with its 1-5 axis when other teams play small ball or shoot a lot at 3pts. Interesting to see VS the Lakers because they play with size too.
I love Porter jr but the coach is right to put Grant in the starting line ... with Paul and Nikola there is size to defend.

I am Just hoping and hoping that Championship Chuck on Friday guarantees the Lakers to win the Western Conference finals. Maybe he'll do a double Guarantee like he did with the Clippers. I despise the Lakers. 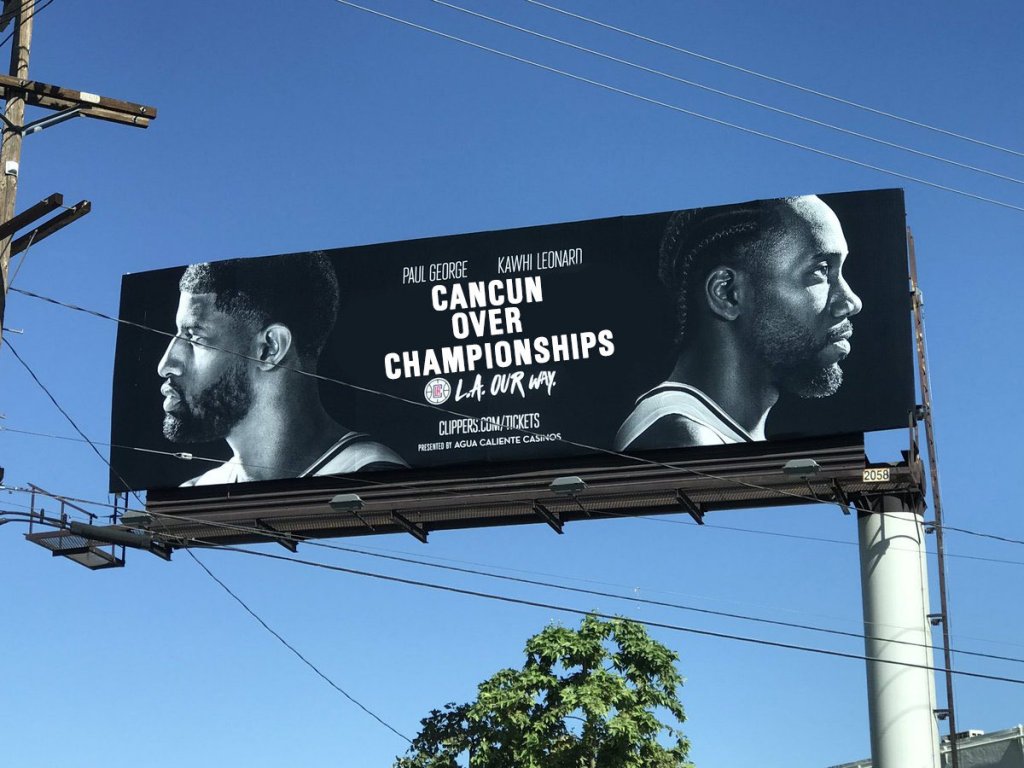 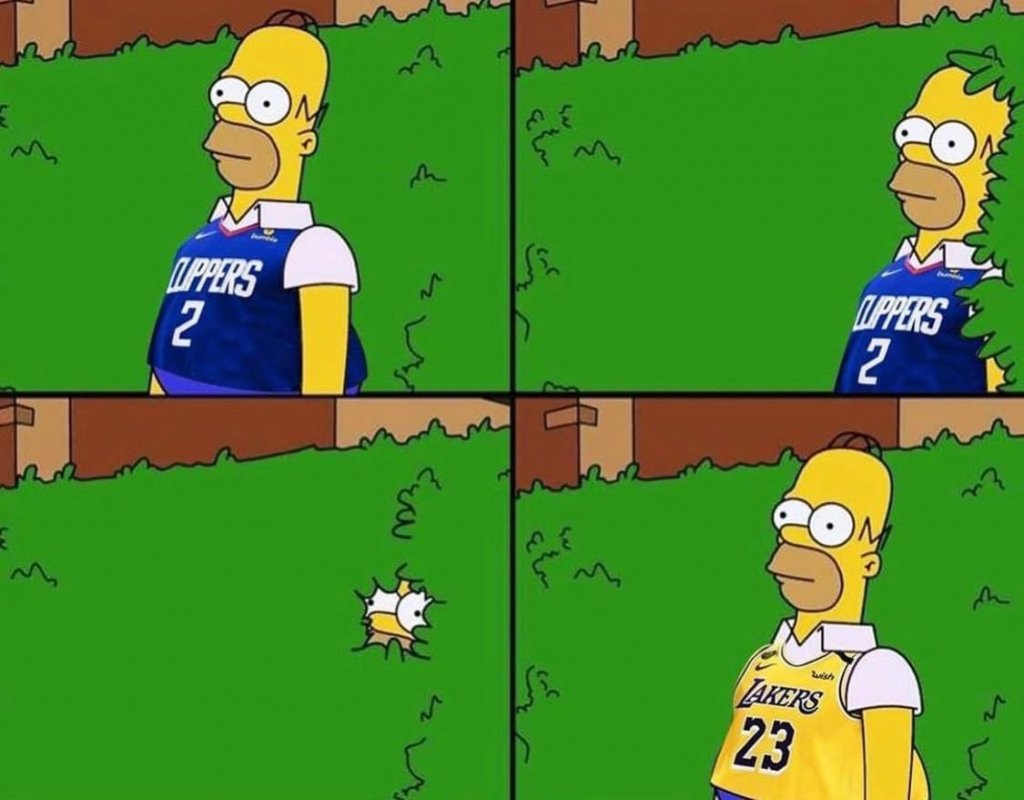 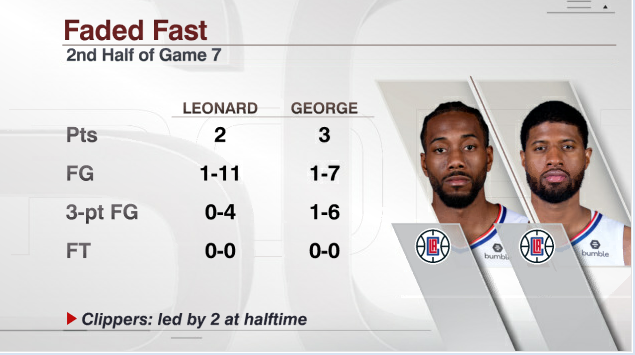 Wow, Clippers just fell apart. Lol that their excuse was they didn't get to play enough together.

Love seeing the Canadian Murray just crushing it in the playoffs this year! 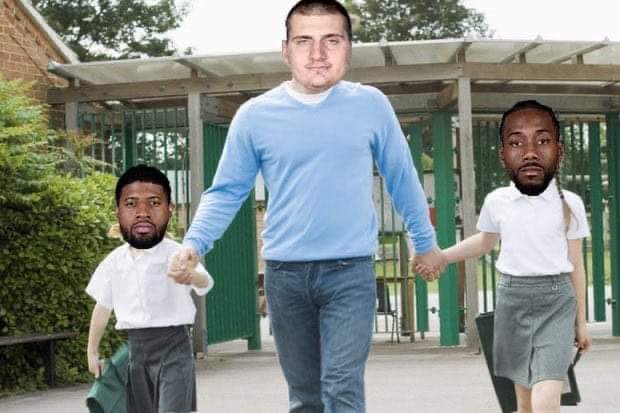 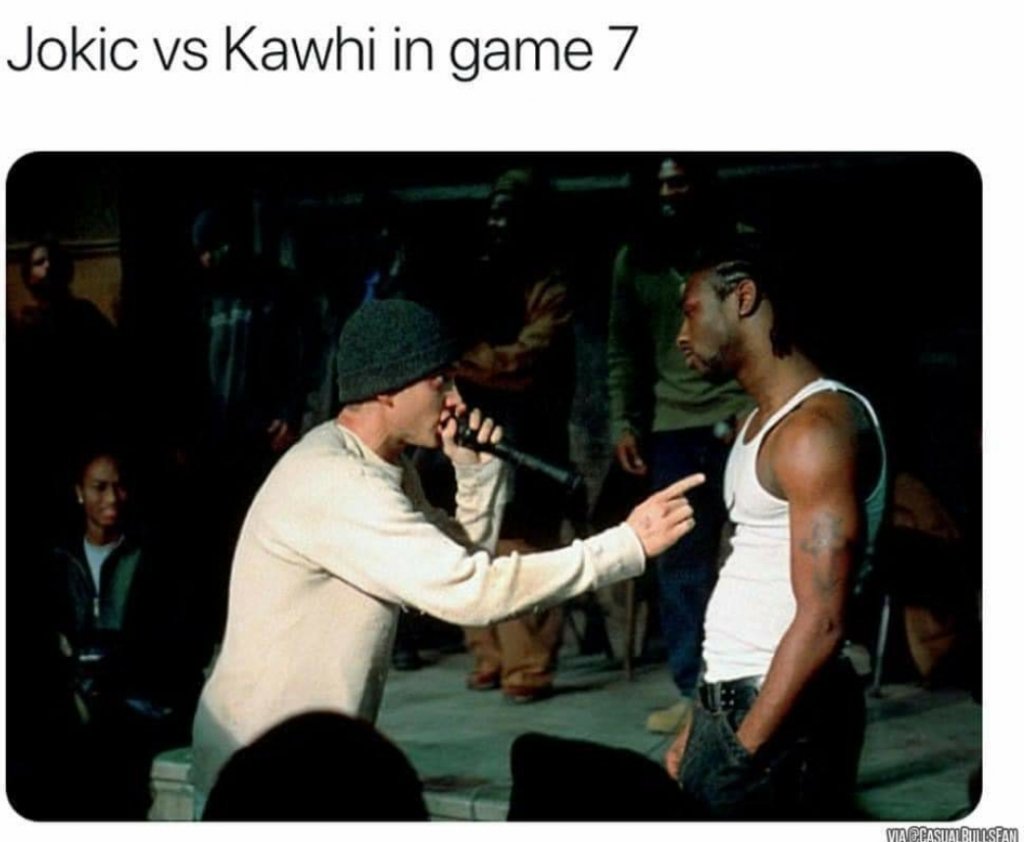 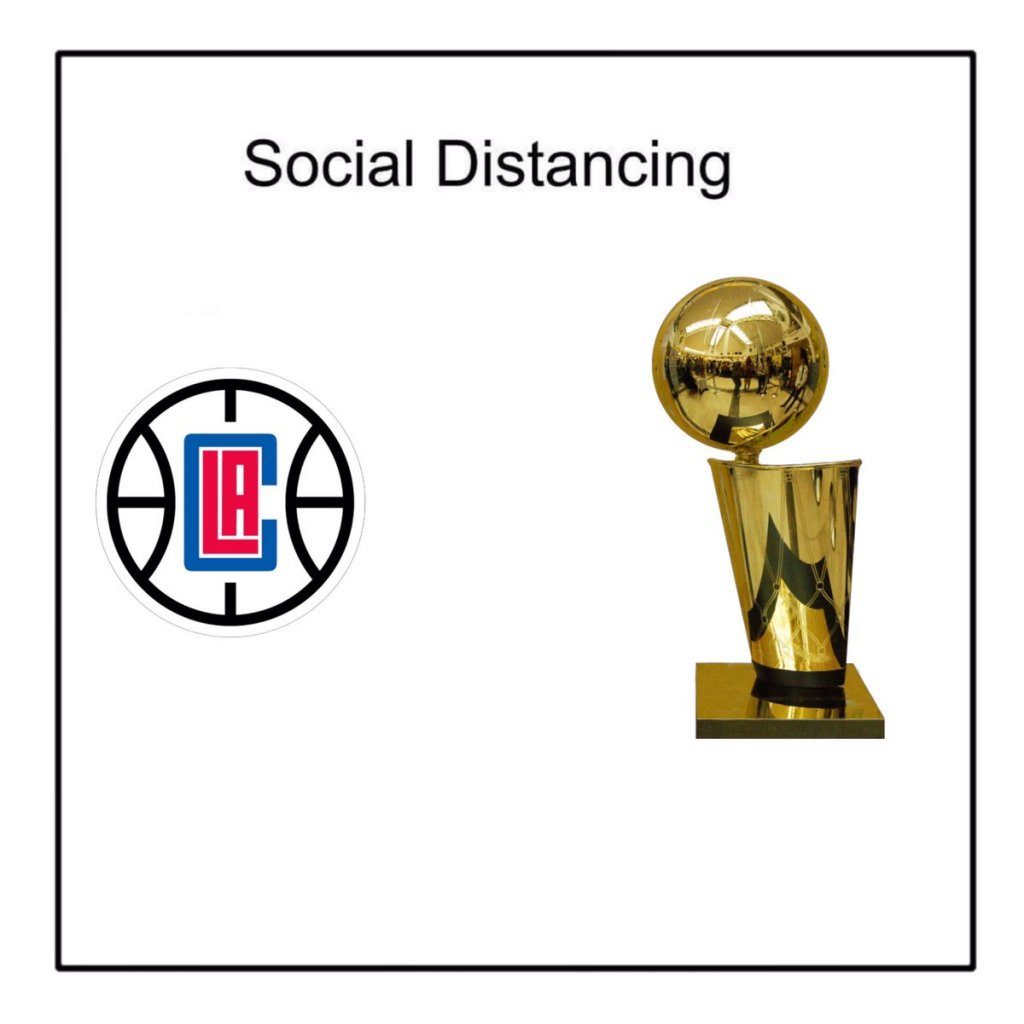 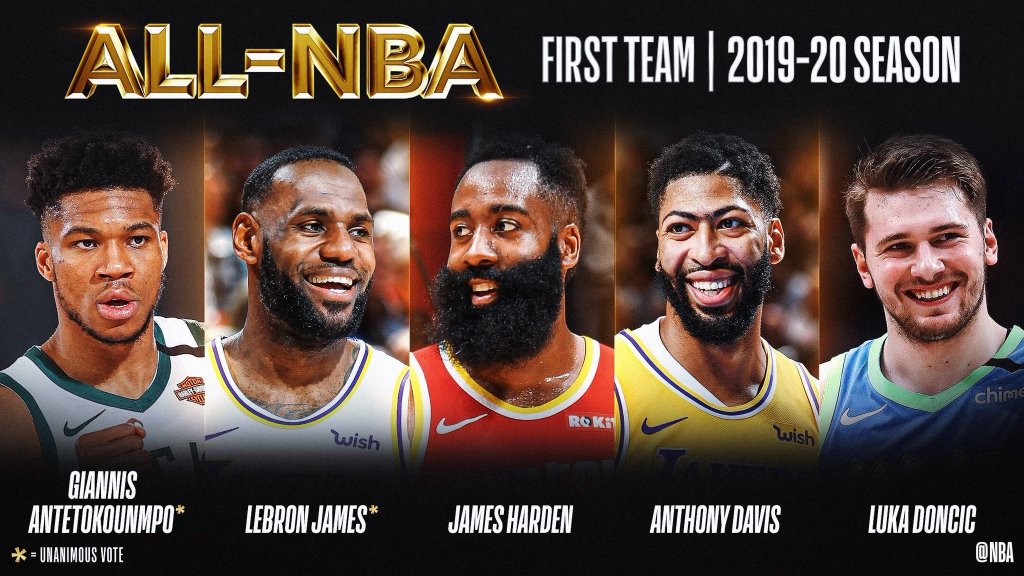 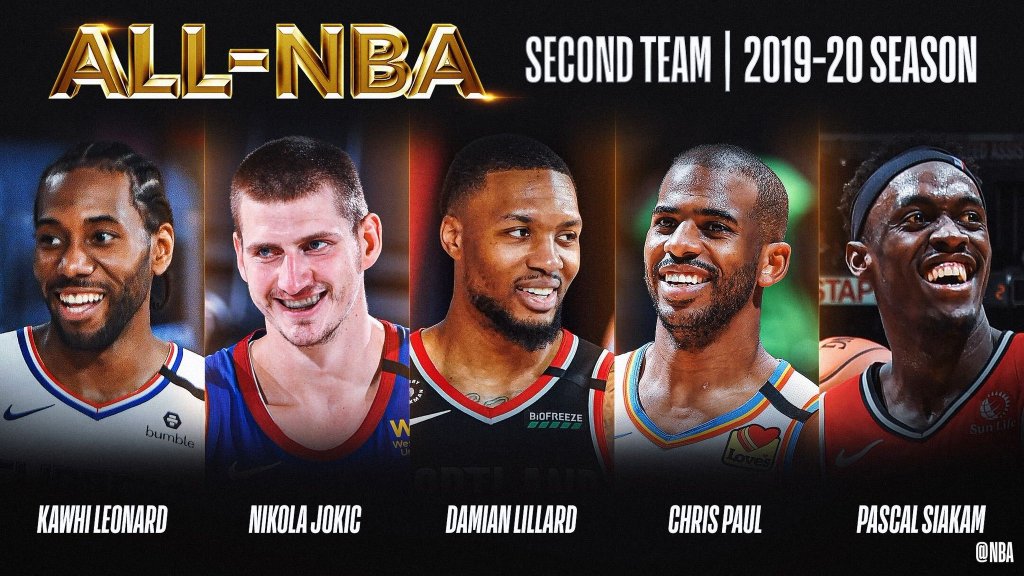 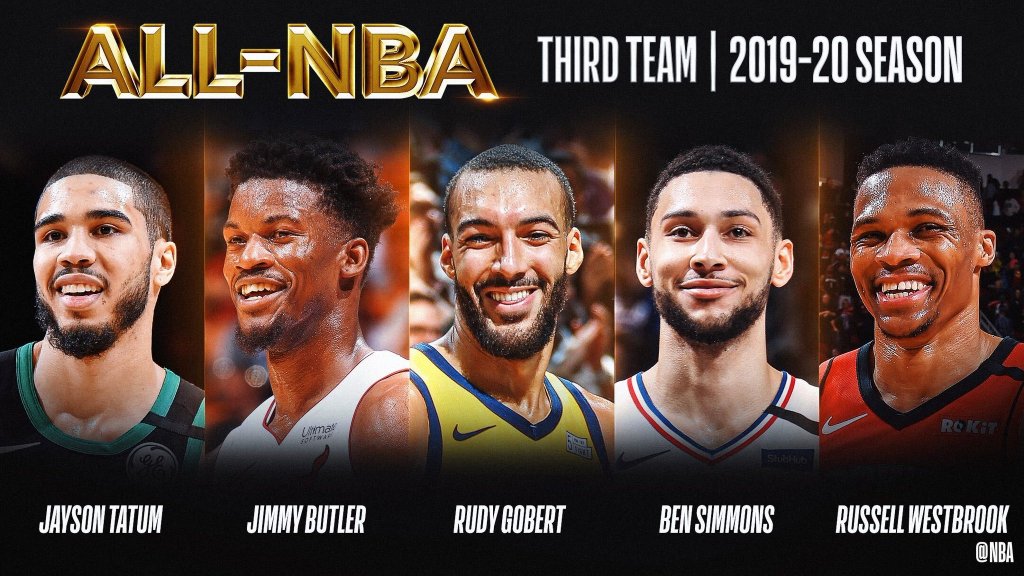 I would have put Trae Young in the third team

2nd & 3rd fouls were BS & 5th one is debatable. 1st foul you need more angles & 4th foul is a frustration foul (only legit one in my opinion). Game was clearly rigged in the first half, score should have been much closer closing out the half or tied. As well at least 2 charges were not called on Lebron on the first half especially the last one on grant in the last minute which was clear as day lol, nba refs are a JOKE

I wanted rid of the avatar, but I also wanted another Denver win. Was as close as a 4-1 series can be.

Clippers changed their identity. They drafted correctly in BG, NBA forced CP into their arms, and they became a place to play. Injuries always kept that team from full potential, and eventually they moved on. Retooled with great picks/rookies and players who wanted to be there and excelled (Tobias Harris, Marjanaovic, Danilo, Harrel, Lou).

Then they gave/traded away every player and pick for George Paul, so that we could rent Leonard for 2 years. Decades, decades of futility, finally turned around. And we emptied the entire cupboard now and for the future for a 2 year window. And now we don't even have the same coach for those 2 years.

Bye Doc. It was fun just to taste playoffs for awhile, thanks.

I think more so it's what happens when you allow your head coach to be GM. Historically, that's just not a good move.

I know he hasn't been GM in a couple years, but Doc had his finger prints all over the recent trades that put all their eggs into today's basket.

They were the favorites to win for a reason. But as they that’s why they play the games.

No doubt, no doubt. 'ship or not, I was completely against the trade. I've spent my entire sports watching years of my life with mostly nothing to tune in for, literally just ineptitude from a business/organization standpoint.

I'm sure there are fans that were willing to turn it all in for the chance to attend one parade, but I fear even with Ballmer's spending we'll be back to the dark ages for quite some time. Thank goodness they've had good success legally moving to Inglewood, because I fear that moving out of state would have been the best way to boost the teams financial worth (since they were recently purchased and the owner doesn't enjoy the insane %growth other longer term owners do).

edit - at least they bowed out earlyish. Waiting to see how the dodgers manage to blow it this season.
You must log in or register to reply here.
Top Bottom