Hi all. New here. I am in the process of doing some relabeling on both my Majestic cash and tournament sets and would like some feedback on a couple colors.

For my cash set I am using:

For my tournament set I am using:

I am having labels done by Gear to relabel the 25c and $5k and those colors are set as blue and orange respectively. I am also getting labels done for bounty chips and $25k and I am having a hard time deciding on what colors to use for these. The only colors in the Majestic line I wont have in use will be pink and brown (I have the chips as I ordered the stock denominations but don't exactly love the colors). I don't mind reusing colors from the cash set as they won't ever be in play at the same time. So my options are to pick two from the following:

The tournament set is for a 1 table tournament with either a T10k or T20K starting stack with 12/12/7/5/2 stacks, so unlikely the $25k will ever be in play but I have the chips so why not use them? I am leaning towards using brown for the $25k because it will probably compliment the yellow $1k and orange $5k the best and I think the pink may be too close to the orange. I think my second choice might be white here. For Bounty chips I was thinking blue as the best choice, but possibly white if I go with a brown $25k. Or maybe pink. Not really looking to use the red because I'd have to buy another barrel.

Opinions please and thank you.

As you mentioned, the T25k will likely never get into play in a single tournament T20k tournament, unless you have a ton of rebuys. If you played a super deep freezeout-style T50k or even T100k, then you may be able to use a handful of them. All that to say, the below point won't matter too too much.

Since you're using the orange as the T5k, I think I'd personally use the brown chip for the exact reason you mentioned - that the pink and orange may be a little bit too similar.

For the bounty, a fun thought would be to maybe use a barrel of relabeled 43mm Royals, just to make the chip stand out a little bit from the other stacks.

If not, I actually think the white would work well. Since you're doing custom labels, you could also change the inlay color to something a bit more vibrant (instead of black) to make it stand out even more.;
Last edited: Jun 11, 2021

I know you have options to pick from, but what if you picked up a barrel of Royals for the T25K and a barrel for the bounties. Oversized to standout and the color options are a level up from what you have left with the Majestics. Sell your extra Majestics to help fund the purchase? Just an idea…

Dodger said:
I know you have options to pick from, but what if you picked up a barrel of Royals for the T25K and a barrel for the bounties. Oversized to standout and the color options are a level up from what you have left with the Majestics. Sell your extra Majestics to help fund the purchase? Just an idea…
Click to expand...

That thought has definitely crossed my mind. Only issues would be 1, storage and transport of the 43mm chips having to be separate from the main set, and 2 the labels are already in production and the Majestic labels aren't the right size for the Royal inlay. I'd have to reorder the labels. However, I am strongly considering putting together a small heads-up set with the Royals. Basically just have to decide on what denoms I want.

I'll wait till I get the orange and blue blanks in before deciding what colors I want to do for the $25k and bounty, but leaning $25k brown and bounty white.
T

I would consider using the yellow Royal chip as your bounty chip. Same crown mold and edge spots as the Majestics, but larger to stand out. 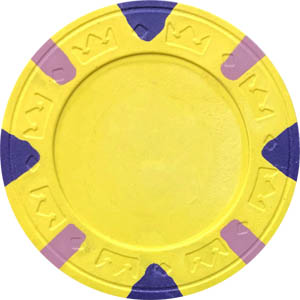 For storage, just get Matsui racks or the Matsui clone racks (sold by Apache). They hold both 39mm and 43mm chips.

If you need to travel with a set that has 43mm chips I’ve found this case works quite well. I bought it on Amazon for a gift set of chips. I won’t try to convince anyone this is a top notch case but it certainly seems serviceable. Pics are of majestic chips with 50 yellow Royal 43mm. I split the chips up to show you can fill the case with them. 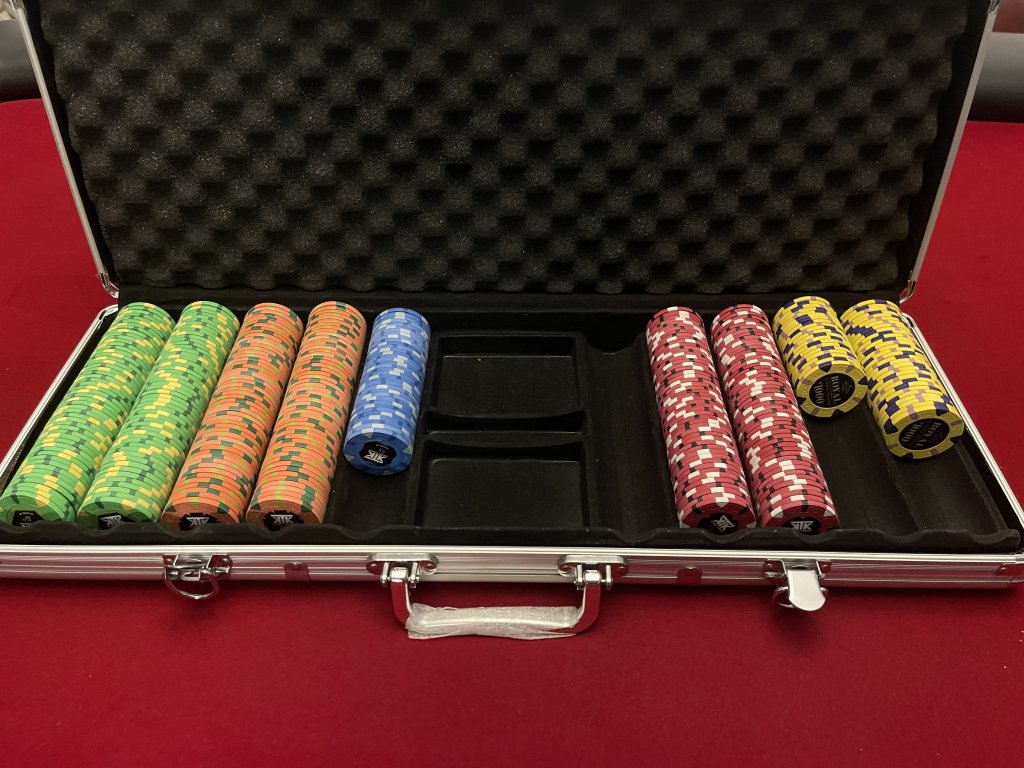 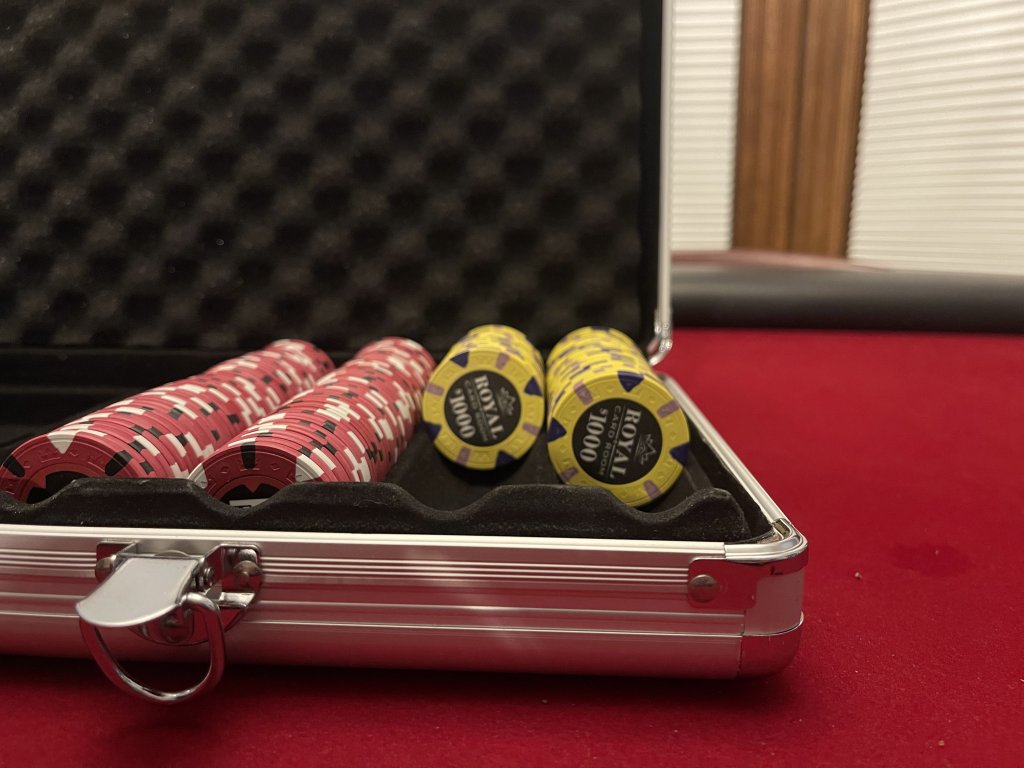 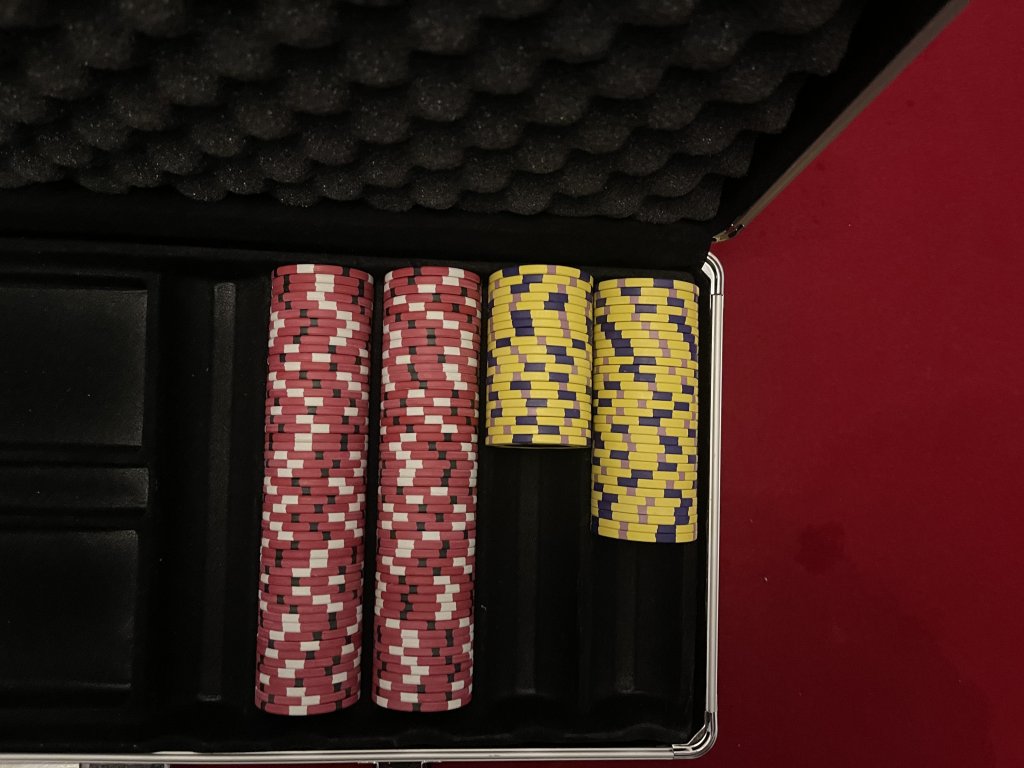