Despite roughly 75% of my collection consisting of ceramic chips these days, I've always skewed towards TRK when it came to clay. Personally, other clay chips (Paulson, ASM/CPC, BCC, etc), while amazing and worthy of collecting/playing, just never rang my bell like TRK did.

That being said, my involvement over the last few years has been down a bit from the days when I was a mod here and CD, so I may not be up on the trends. However, it appears to me that TRKs don't get as much love from newer chippers the way they previously did. I've seen a bunch of those "favorite chip" threads and the TRKs aren't finalists as often as they were in the past. Could be selection bias, or it could be a legit change in majority preference.

If my hypothesis is true (and I'm certain there are multiple examples to the contrary), I was pondering potential reasons why this could be the case:
Anyway, my premise could be completely off, but wanted to make the observation and get some of your thoughts.

Ahhh kids. Don't know the value of anything

MegaTon44 said:
Too rare/hoarded by old heads
Click to expand...

This is my thought. Many of the really awesome sets just don’t make the rounds anymore.

I sure hope so. More for me.

I’ve been around since the blue board days but have always considered TRK to be second fiddle to Paulson. There are some nice sets but most are locked away and would be extremely expensive to acquire. Not to mention the fact that there are very few cohesive sets. As well as many production inconsistencies (eg Money Tree stack heights). It just seems to be much more niche and you really have to like that old school look to fully appreciate them.

Rarity (and to some extent pricing) have pushed TRK's sets out of reach/obtainability for most people newly entering the chipping market. They may still be on people's grail list but mostly what TRK sets that move only move between the same small group of people/fans.

Starting out now days if you want a matching TRK set they are tough to build. You are going to have to pry them out of somebody hands for mega bucks, or go for a widely mixed set, or you'll want to consider murder which is heresy to most TRK fans.

I think the high end TRKs are just too elusive. New chippers have almost no chance of putting together a high end TRK set. They're all sitting in old school chipper hoards. Pics only offer so much. You really need to hear and feel these chips too fully appreciate them. There's also a big difference in quality and feel between the old school TRKs and some of the more recent sets that were produced, as well as the random monogrammed solids that are out there. The solids aren't too difficult to come across, and it seems like a lot of chippers try to 'get their feet wet' by buying a set of solids to see if they like the look and feel of TRKs. But there's a huge difference even between a set of those and a set of Nevada Lodge or Mapes. So they get the solids in their hands and think, "meh, they're not that great, or at least not worth the price tag", then pass them along to the next new chipper who does the same. After a while, it's all these lower end TRKs that keep circulating and not impressing people while the real crown jewel sets sit in vaults. So as the years go on, a greater and greater percentage of the community gets the "meh, they're alright" impression. But once you get your hands on the real deal; the old school, leaded, shaped linen inlay, high end TRKs, you will be converted. They really are an entirely different experience, and a cut above the rest. It's an even bigger difference than what exists between old school leaded shaped inlay Paulsons and modern THC Paulsons.

I think it’s largely a matter of demographics too. The average age of PCF has to be coming down with an influx of more millennials and even Gen Z.

Just compare a classic TRK set like the Riverside to a new Paulson like the ESPT. It’s no wonder the younger generation flocks to the ESPT. People are throwing down serious coin on nagb chips so I don’t think it’s strictly a price issue.

RocAFella1 said:
I’ve been around since the blue board days but have always considered TRK to be second fiddle to Paulson. There are some nice sets but most are locked away and would be extremely expensive to acquire. Not to mention the fact that there are very few cohesive sets. As well as many production inconsistencies (eg Money Tree stack heights). It just seems to be much more niche and you really have to like that old school look to fully appreciate them.
Click to expand...

Good point about the cohesive sets. There just aren't very many available. From frac to hundos, there may not be a single set that exists in consistent condition across each denom. Nevada Lodge and Riverside are probably as close as you can get. (Rounders and Deadwoods don't count. Those aren't old school, high end TRKs IMO).

Can confirm. I did exactly that and bought some solids and thought to myself meh. Passed them on to the next.

Mel was kind enough to send me a mixed rack of some of the good stuff and yes they are entirely different. Not even remotely close to the solids I handled previously. Loved em, but prefer leaded THC by a smidge.

I probably would’ve considered them more if there were more options to choose from and it wasn’t such a pain to obtain a set. I have no problem with the chase, but the variety that Paulson chips offer is so much greater. Potential for the sets to put together is limitless. Still would love a TRK set but I’m not going to lose sleep over not having one myself 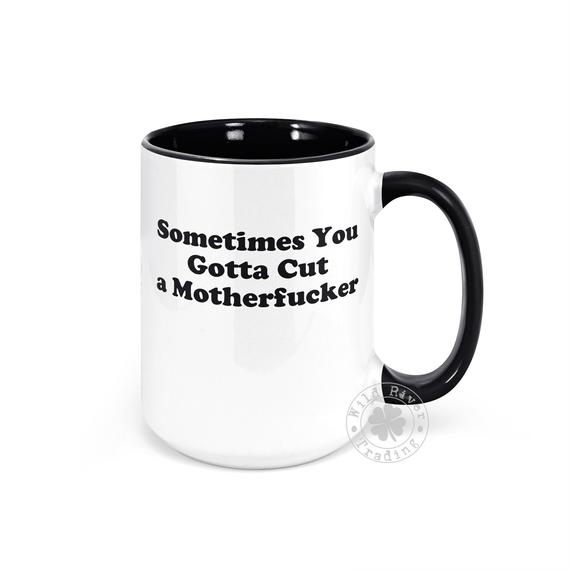 All of the OP's hypotheses are true.
At any rate, they are not offered to the public by a business anymore, and they 're not being sold by the few owners.
How on earth could newcomers (including myself, more than 2 years after joining the forum) have any clue about what they feel like?
Needless to say that the small crown mold is just meh pictorially.

Cost and availability are the two major issues for me. Until/unless that changes, which is basically impossible, I have my collection of singles to keep me in the game.

Both, that's the nature of BCC, you never knew which you were gonna get.

RocAFella1 said:
Both, that's the nature of BCC, you never knew which you were gonna get.
Click to expand...

Not sure I would call myself a New Chipper, but as someone who signed up here to get more knowledge ...

The whole scene is overwhelming. Whether we are talking price, colors, edge marks, etc.

Probably spent just shy of $200 CDN "getting samples" and glad I did, but none of those were TRK to my knowledge.

I suppose in short, how's a person to know?

As one of the early proselytizers of the Church of the Blessed TRK, I agree with some of what has been said, but tbh, TRKs are out there if one is willing to do the work. And it _is_ work and it takes dedication.

And as noted, the price of entry can be below that being paid for some recent NAGB sets I’ve seen lately.

But it’s like driving a manual vs an auto. Extra work, but the payoff....

I also understand where new chippers are coming from and why they think that way. I remember thinking, “Paulsons or nothing...what’s the BFD about TRKs?!?” Then I bought a rack of Riverside bluebirds from @AfterTheFact...and it was like a light switch.

Most noobs think the same thing about hot stamps vs inlays. Poor bastards. Don’t know what they are missing.
Last edited: Jul 5, 2020

It's hands down, the best looking mold ever IMO. And it's not even close.

RainmanTrail said:
It's hands down, the best looking mold ever IMO. And it's not even close.
Click to expand...

Dunno about that. It’s the best looking IMO too, but it’s close— the large crown is up there too. As is arodie.

Mate. I'd smash the backdoors off Emily Ratajowski. You've mixed up the leaded and new paulsons

RainmanTrail said:
It's hands down, the best looking mold ever IMO. And it's not even close.
Click to expand...

Thank God, we 're never going to fight over chips

Case in point: @FDLmold brown chip prelim. Granted brown chips tend to be turds but just look at the TRK nominations. Light years behind the Paulson nominations. Granted there are some nice TRK chips but on the whole they’re “70s couch,
comfortable as hell, i have taken many naps on a couch like this, but FUGLY” 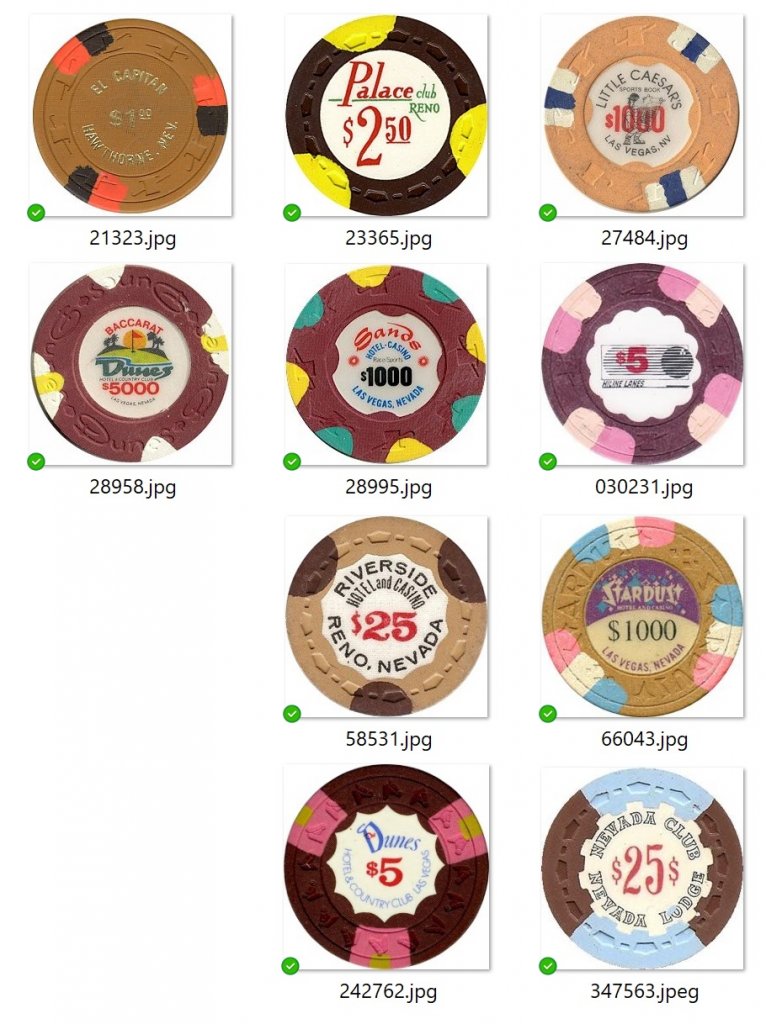 Perthmike said:
Mate. I'd smash the backdoors off Emily Ratajowski.
Click to expand...

A lot of the noobs say the same thing about nagb chips.

Perthmike said:
Mate. I'd smash the backdoors off Emily Ratajowski. You've mixed up the leaded and new paulsons
Click to expand...

RocAFella1 said:
A lot of the noobs say the same thing about nagb chips.
Click to expand... 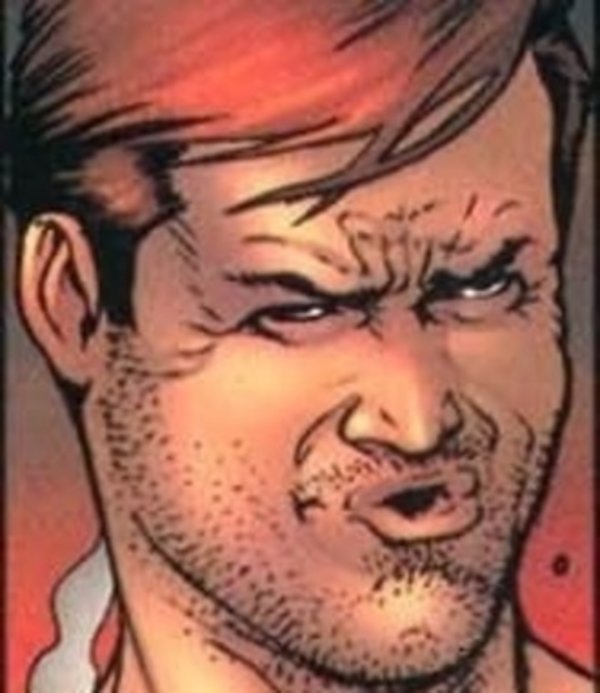 G
New member. Photos of my only chip set and plans for future ones.

CC vs CPC (and kinda be Paulson)