I posted this as part of another thread, but realized it was sorta hijacking the thread. I think this deserves it's own discussion..

I was looking for several chip transport options, and got onto a Pelican case kick.

I just snagged the 1170 (shown below), which is smaller (thin) and will fit two Paulson racks perfectly. This will be my go case... For when I'm traveling and want to run a small cash game (2-5 people). I think I can get around a $460 usable cash set in 2 racks.

Some background:
Last year, I was attending a work conference, and 4-5 of the guys wanted to play cards after hitting the bars... We each bought in for $20-40 and were forced to play with paper (and quarters from two rolls obtained from the bar prior to returning to the hotel). I had a stack of Benny's $1s I was shuffling, and the guys loved that we incorporated the chips... This is the exact situation I'm thinking of for this traveling case. Another example is I'm traveling to Vegas in January with some poker buddies. I could see us playing heads up on the plane, or in the hotel room late at night. Yea, I know it's vegas, and you can play cards in the casino... But sometimes ya want to kick back and play some cash with your buds (no rake) before crashing for the night.

Here's someone using the 1170 as a case for a gun and also wristwatches... 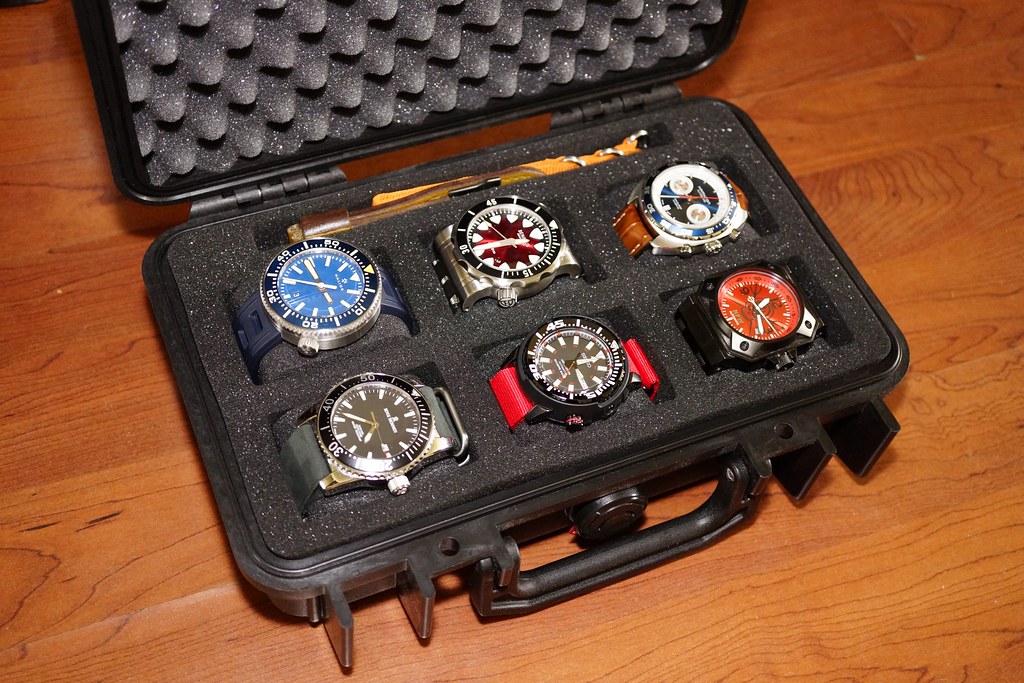 I'm especially curious how the smaller 1170 case will turn out. Not sure how weird it will be bringing along a smaller two-rack chipset to places like Vegas... I'd debated bringing chips with me to my work conference a while back, but thought against it (later regretted that).

So, is this weird to want to bring along a small set of chips various places? (I'm sure my non-chip friends would think so)

I think it'd be weird if I'm lugging around 600 chip sets all over, but a small 200 chipset won't take up as much room, won't draw the attention of those non-chip people, and won't seem as weird IMHO.

The small case could probably fit inside another bag, which is good IMO. With a Pelican, I'd worry about people assuming whatever is inside is really high value (like guns and watches) and looking to steal the case.

As far as bringing chips, it's not that weird. Guys I've worked with have brought 500 dice chips to play poker on work trips to small town Oklahoma. On the plane just seems awkward though... Find a wifi phone app for that or something.

Hey, @Trihonda, apologies for the ridiculous thread revive. How'd this project turn out? You can really fit two racks in there?

Davism72 said:
Hey, @Trihonda, apologies for the ridiculous thread revive. How'd this project turn out? You can really fit two racks in there?
Click to expand...

Yup. Two racks. Works well. But I used this traveling to Dominican Republic last year too. But then got flagged and searched for what looked like sticks of dynamite in a small case. Lol.

Yep, thought that TSA might be a problem. Probably best to just call it out to them.

I’m actually looking for a 100-chip version of this. Want to go as compact as possible while still keeping the chips safe. Seems anything like that?

This is a great idea and something that I want to copy. I'm also going to try and use light chips so that they don't consume too much of the luggage allowance!

If the chips are Paulson or maybe even china clay keep them in clear tubes and put them in the xray tub in a visabel way. They look black on an xray and that is always a flag. I gave up and started traveling with plastic chips.

I think the closest to a single rack (5 player) set would be:

Each player would get 8 quarters, 8 ones, 3 fives, and one 25er for $50 single barrel. I guess u can let cash play afterwards and rebuys would be taken off the big stack. This setup would require lots of change making but it would work. Hope this make sense, I’ve been drinking

I'm going with Apache Monacos for my travel set. They feel good and are light!

Travel chips acquired! Now I need to find a case... 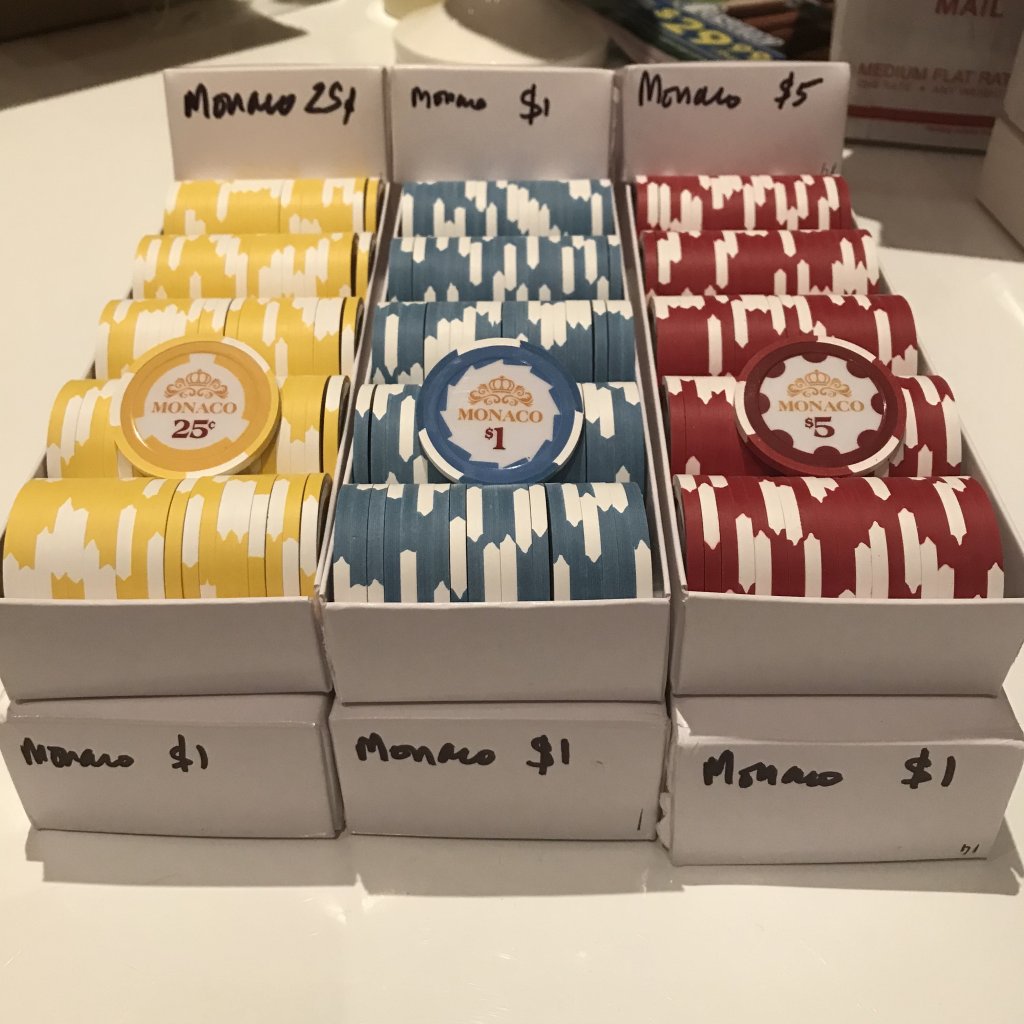 U
Anyone know where I can get a high-end poker case?