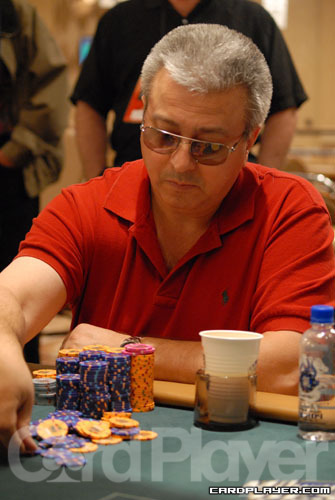 Archie Karas, the man who ran up a multi-million-dollar bankroll playing poker in the early 1990s, received probation this week for cheating at blackjack to the tune of $6,860, according to a report from utsandiego.com.
Just three years after amassing $40 million, Karas was sitting broke in 1995. His tale is considered to be the largest gambling upswing ever documented.
Karas pleaded guilty to marking cards in a gambling session at California’s Barona Casino last year.
Once cleared by California officials, he reportedly will be able to return to his Las Vegas home.
Karas was charged with burglary, winning by fraudulent means and cheating at a blackjack table. He originally pleaded not guilty but apparently took a plea deal.
Karas’ trouble with gaming authorities isn’t anything new. According to reporting from the Las Vegas Review-Journal, Nevada gaming agents have arrested Karas four times since 1988 for allegedly cheating at Silver State gambling facilities.
Here’s a look at ESPN’s coverage of Karas during the WSOP several summers ago. Even T.J. Cloutier characterized Karas as a compulsive gambler who couldn’t put on the brakes.