Decided to try and look into the history on Paulson chips since all of mine are, couldn't find anything on Wikipedia so a quick Google search led me back to where it all started for me on ChipTalk.
This was posted just before i joined there, hence i never read it. Good read
http://www.paulsongaming.com

Thanks for sharing this history with us. Very cool

Very interesting read, thanks for sharing

Awesome! Glad I read this and thank you for posting it.
D

Great read! Makes me appreciate my chips even more than I already do!

I have a small set of color sample chips (about half of today’s full color line) which on one side are hotstamped “Paul-Son / Dice & Card Co. / 2121 Industrial Road,” and the color name on the other.

Anyone know which plant or office that was? I’m trying to date these. Their design is different from the other sets of Paulson color samples I’ve owned (which have the color name on both sides.) 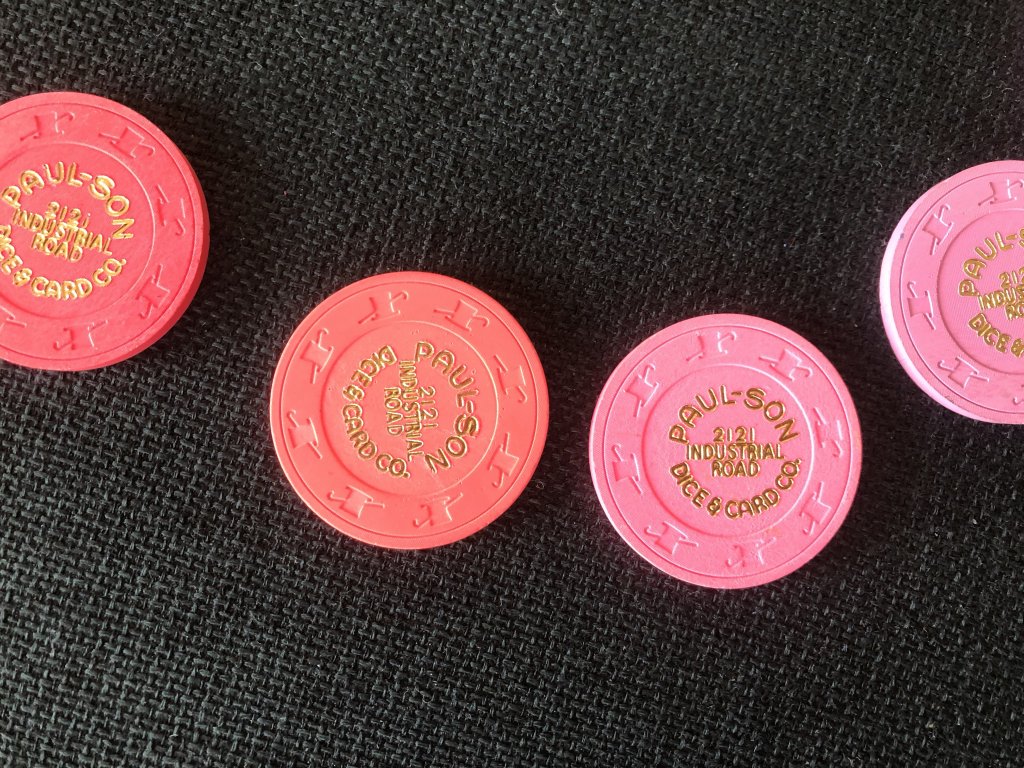 Just found this in Paul Endy’s obituary in 1999:

“In 1963 Endy came to Las Vegas with his late partner, Curley Ashworth, and Endy's sons to open Paul-Son in a building on Industrial Road that had been the offices of a bankrupt dice manufacturing company. A short time later, he bought a building at 2121 Industrial Road and moved his company there. That building was featured in episodes of the 1980s television series ‘Vegas.’ Last year, Paul-Son moved to its current location, 1700 Industrial Road.”

Location
Out in the West Coast...

This makes you wonder who the chip manufacturers were before Paulson became a household name. I was playing Cuphead which was set in 1930 and one of the bosses is a set of poker chips and my mind went immediately to "I wonder who would manufacture poker chips in the 1930s for casinos?"

Thank you for the information.
D

I wonder if they will start using holograms in some way. With 3-D printing anything physical can copied pretty easily.

Thanks for posting, makes me appreciate my chip set even more.
You must log in or register to reply here.

Daniel Negreanu in the Pokerverse of Madness

Was angle shot at casino - ethical, unethical? you decide