Players found out they would be getting paid in gold/silvers because IL doesn’t allow cash payments above $1600. Then they were shorted on the value of the coins. They don’t even know if the coins are real!

I read this, and thought to myself, damn poker was crazy awhile back. I read the join date of 2014 as though it was the post date.

The fact that this still goes down on that big of a level is just nuts. Being new and poker being normalized to me, it's weird to think of poker as something that still operates in the margins.

So I can buy in for all that cash but can’t get paid back in it...that’s ridiculous!

Laugh all you want, but this is how I'm playing out Windy Crest players

CraigT78 said:
Laugh all you want, but this is how I'm playing out Windy Crest players
Click to expand...

Real coin this time, no more of those “gold certificates”

It’s a disaster. Someone in Columbus is trying to unload his “winnings.” 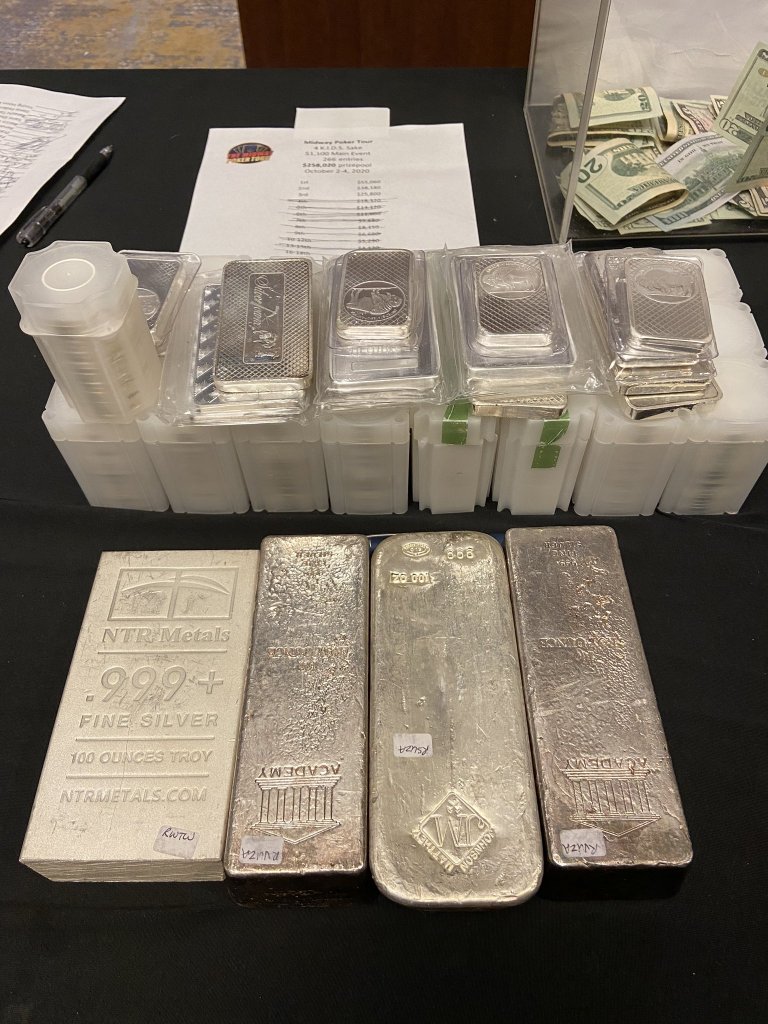 ekricket said:
Real coin this time, no more of those “gold certificates”
Click to expand... 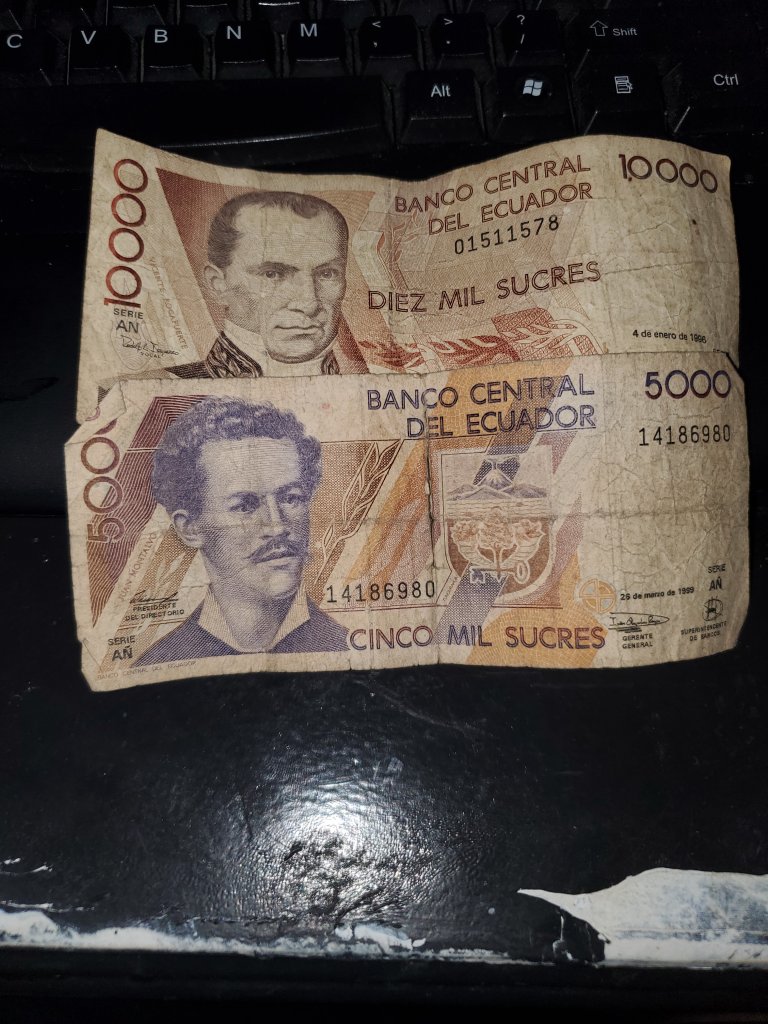 Wonder what chips they used. I would scoop some of those to go towards payment to make up for the undervaluation of the metals.

Another reason to never go to IL

Hornet said:
It’s a disaster. Someone in Columbus is trying to unload his “winnings.”

WTF, was Russ Hamilton involved in the handling of the payouts.

If only there was a format of poker that one could play where currency is exchanged for chips of equal value, and betting takes place with real actual currency units, by which the chips are representative of said bets of real money. Chips are then redeemed at the end of your session for the same currency that was initially used to buy in with.


wolfpack said:
Another reason to never go to IL not play tournaments.
Click to expand...

Hornet said:
It’s a disaster. Someone in Columbus is trying to unload his “winnings.”

He'll probably be able to sell it, but not anywhere near the $35/oz it was "valued" at by the tourney organizers.

Schmendr1ck said:
He'll probably be able to sell it, but not anywhere near the $35/oz it was "valued" at by the tourney organizers.
Click to expand...

Is the currency pronounced “suckers”? Would be quite fitting

Rieguy said:
Wonder what chips they used. I would scoop some of those to go towards payment to make up for the undervaluation of the metals.
Click to expand...

I'd be shocked if they weren't using worthless plastic junk
T

Sounds like the charity you donated to was the people running the tournament. Once the AG said it couldn't be done on site, refunds should have been given and the tournament cancelled.

Watching a video that was recorded during the final table, when the TD finally announced to everyone what was going on.

There is no excuse whatsoever for this disaster. The "pay in coins and then sell them to some guy" scheme was sketchy as all hell in the first place. Even if that was going to be the case, everyone should have been informed at time of buy-in, at minimum. It should have been advertised prominently on every piece of marketing too. A lot of people put up $1,100 (and some more than that) with the reasonable expectation that it would be a normal tournament with normal cash prizes, and no one corrected that misunderstanding until it was way too late.

Once the AG shuts down the "sell them to some guy" idea, the tournament is a bust. Refund everyone's buy-ins and eat the loss. Don't make hundreds of people travel out to the game just to spend days playing and eventually realize it's a total shitshow. Beyond unprofessional.

In this video, there are people who were part of the tournament talking about how the winners should just take the coins, try to sell them, and then sue Midway Poker Tour for the difference. I'm not a lawyer, but it sounds very wrong and foolish to knowlingly accept payment in the bullion and then go off into the world trying to sell it. Never mind the fact that it's a ridiculous hassle to have to go through this rigamarole with coin dealers, lawyers, and courts just to get what should have been simple tournament winnings.

Whoever is responsible for this can say goodbye to any hopes he had of being involved in anything having to do with poker, for the rest of his life. It's one thing to screw up, but to knowingly screw up this badly is some whole other shit.
Last edited: Oct 6, 2020

Link to the FB site for the tournament. Owner seems to be taking some responsibility and admitting to screwing this up big time.

pacmartine said:
So I can buy in for all that cash but can’t get paid back in it...that’s ridiculous!
Click to expand...

I only read the first post of the 2+2 thread, but no, it's not ridiculous. It's the law. What's ridiculous is that the tournament organizers either didn't know or tried to avoid the law, and weren't up front with the players.

If it wasn't a charity, the AG should seize all the assets, and refund the players at a minimum (sucks for the players who cashed and we're due a payout) and should hold the organizer (not the charity) personally liable. But, assuming the charity was legitimate, that sucks for them that at best, they don't get the windfall they planned on and at worst, may lose money on the fiasco.

Who wants to start a book that those metals (if real) are hot?

What an utterly hilarious shitshow. I'm only laughing about the absurdity of this, but I'd be seething if I dropped a grand to not be paid out in cash if I finished in the money.
A

Are these the same people that do Windy City Poker?

So do we really think the Illinois AG is watching? Or the organizers just used the culture of heavy regulation to their advantage?

I could almost see it as legit if the "buyer" was there paying full purchase price for the bullion, kinda like the machines that pay in tokens or ball bearings that "some guy" pays full price for from the pachinko machines, but sounds like not how it was set up. Personally I'd keep the bullion, but I am a pirate, so arrrrrrrr.

wolfpack said:
Another reason to never go to IL
Click to expand...

As a resident of this cesspool of a state, I completely agree with you.

Just read through the entire 2+2 thread this morning. Sounds like the runner/organizer is a real POS, so now none of this is surprising at all. Sounds likely that he had some skim/markup on the coinage with the metal dealer.

Venturalvn said:
Just read through the entire 2+2 thread this morning. Sounds like the runner/organizer is a real POS, so now none of this is surprising at all. Sounds likely that he had some skim/markup on the coinage with the metal dealer.
Click to expand...

Can't speak to the organizer's character, but based on what was supposedly paid, and which coins they chose to use, I suspect this as well.

The video I saw, with one of the winners and his bag of coins, showed a limited-edition (25,000 issued IIRC) Homer Simpson commemorative silver round. This is a pretty eclectic type of item, more likely to appeal to fans of The Simpsons than to actual coin dealers/collectors. And I can't imagine there's a huge market of Simpsons fans itching to buy high-priced silver coins either, i.e., it's the kind of coin a dealer might find himself having a hard time selling. The price used by the organizers for this coin was $35. Meanwhile, you can find U.S. Silver Eagles basically everywhere. They're considered the standard for 1-ounce silver rounds, and as of the time of the incident, they were going for much less than $35.

Maybe it would have all worked out more smoothly if they'd been able to do their little buyback scheme, but even that has a pretty glaring hole in it: Why would a coin dealer deliver all this silver and then come out to a poker tournament to do all this work when there's no money to be made? Coin dealers are not charities or volunteers. They underpay when they buy and overcharge when they sell. That's their business. So what's the angle here?

They were supposedly planning to have players sell the silver back for the same prices they'd paid for it, and it's not like it was a couple pocketfuls of coins. It was over $200K worth of coins and bullion bars. Just transporting that much silver safely is quite the undertaking, never mind transacting back and forth piece by piece to accommodate all the payouts. And what if some of the coins were damaged between being bought and sold back? The dealer would at least have to take the time to inspect everything for damage, which can most certainly affect the value of silver coins and bullion. What happens if there's damage? One more expense for someone to eat.

Not only that, but cash payouts in excess of $10,000 require government paperwork and so on, not to mention secure handling. If the dealer was going to pay by check, that still adds to expenses, record-keeping, etc., and this is not even addressing the coin dealer's time (hours and hours spent processing all this bullshit), nor the coin dealer's willingness to get involved in an obvious scheme to violate the spirit of the laws on the matter.

All this expense was going to have to come from somewhere. There had to be some kind of back-end, or no coin dealer with enough stock to cover this would be interested in wasting his time or energy (never mind risking legal trouble) to get involved.
Last edited: Oct 19, 2020
You must log in or register to reply here.
Top Bottom