Rating - 100%
49   0   0
Once again, I'm offering four setups of the 2012 WSOP playing cards. Total of eight decks. These cards were actually used during the 2012 World Series of Poker at Rio Las Vegas. Each setup contains two 52-card decks: one red and one blue. No jokers included.

These cards look like KEM, but branded Bicycle. That doesn't tell the whole story either because, most importantly, the card stock itself is actually Fournier. Fournier makes some of the nicest cards on the market by far. All three brands are owned by the United States Playing Card Company (USPCC), so I suppose they can do whatever they want with the branding.

I checked every single card for marks and irreparable bents and replaced them. However, I'm only human and may have missed some. For reference, the eBay seller where I got these from also claimed to have done the same thing, but I still found a bunch of cards with marks.

Non-US address only. If you're in the states, buy it yourself on eBay for cheaper. For a total of eight decks, I'm asking for 29 USD shipped to Canada or 36 USD shipped to anywhere else in the world.

Not splitting because I'm doing this at cost and the bulk of the price is international shipping. Four setups is an optimum quantity to minimize unit cost.

These prices are good until the end of the month. After Feb 1st, the cost of international shipping will go up about 15% for me 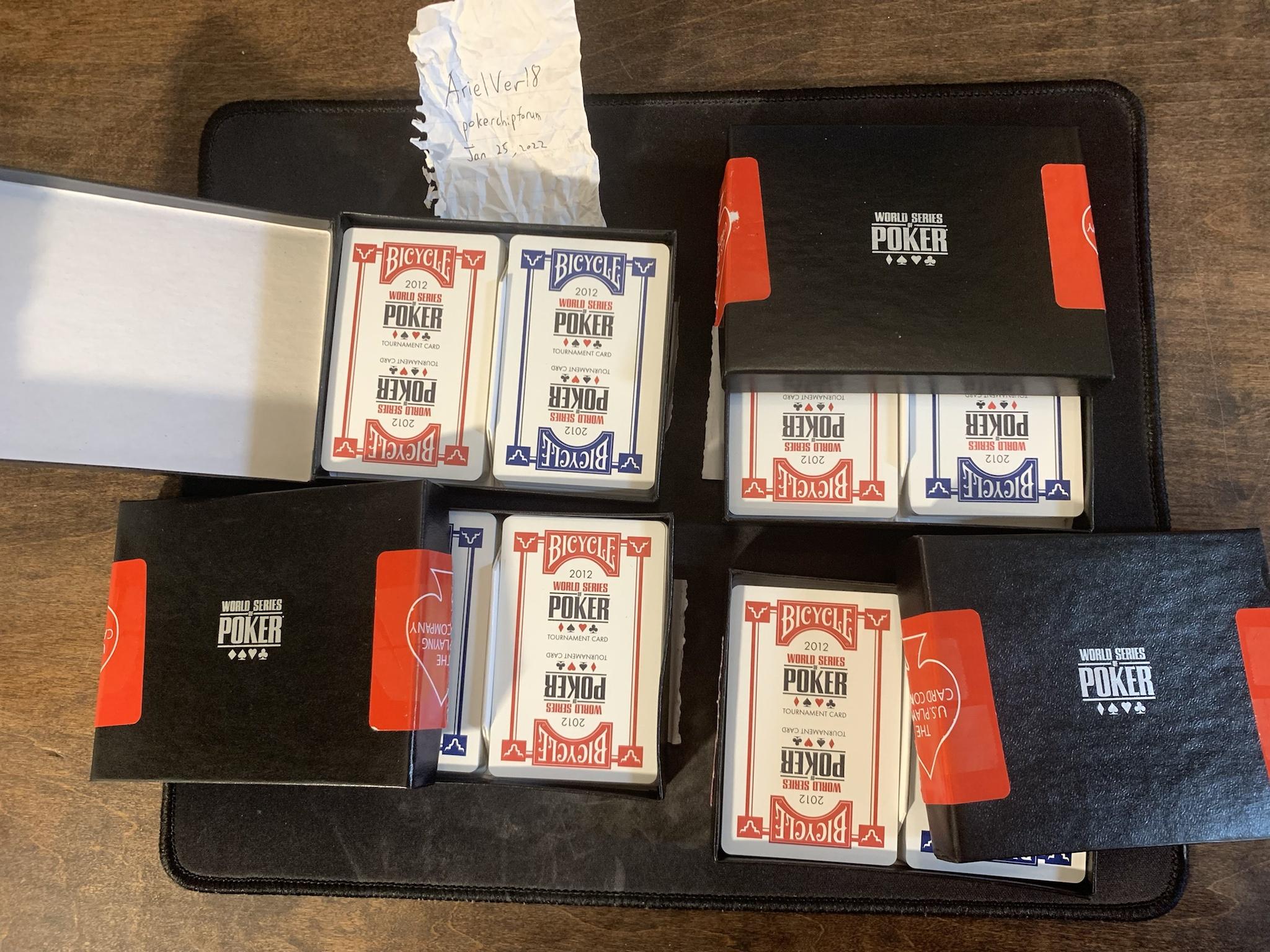 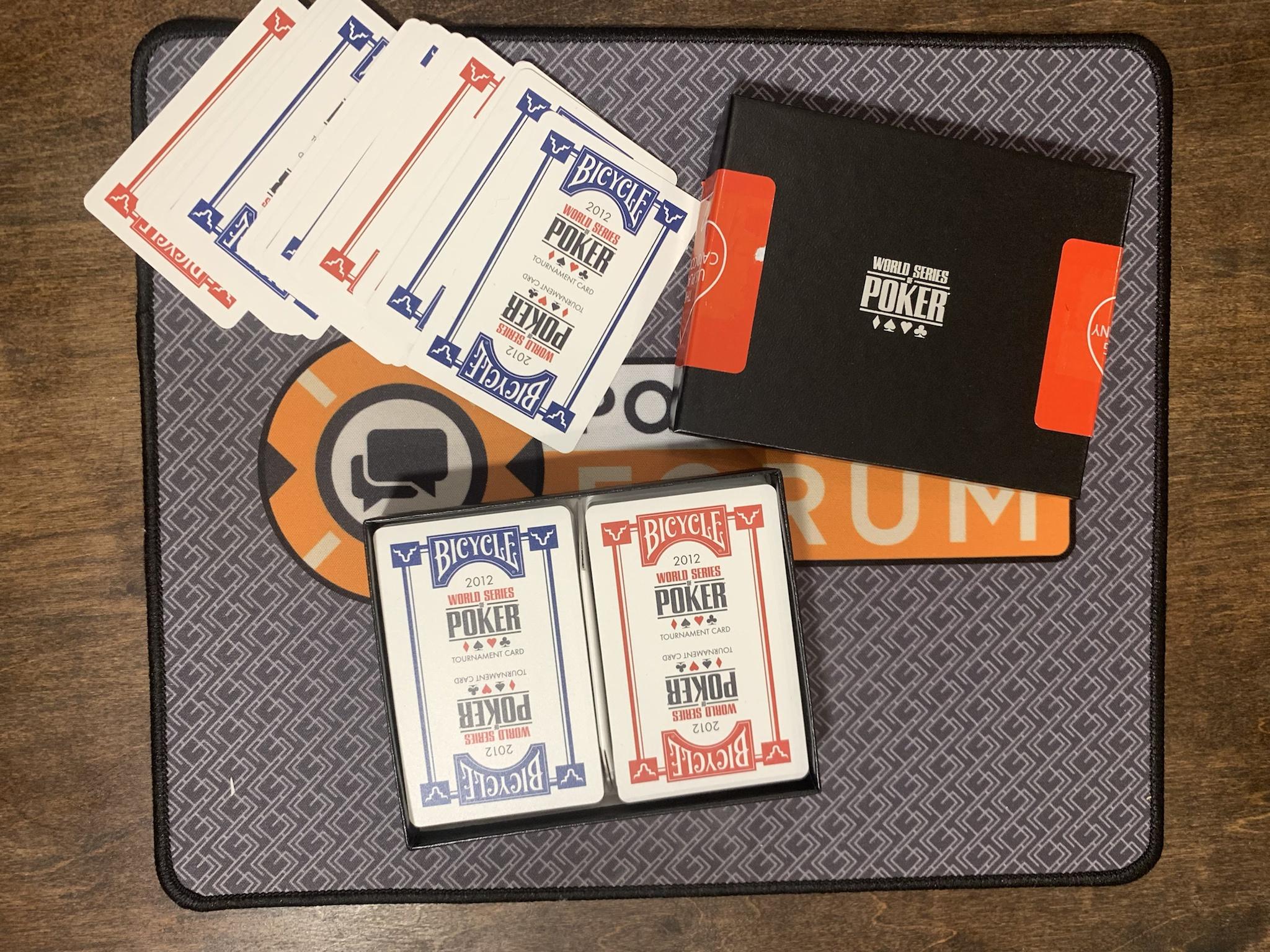 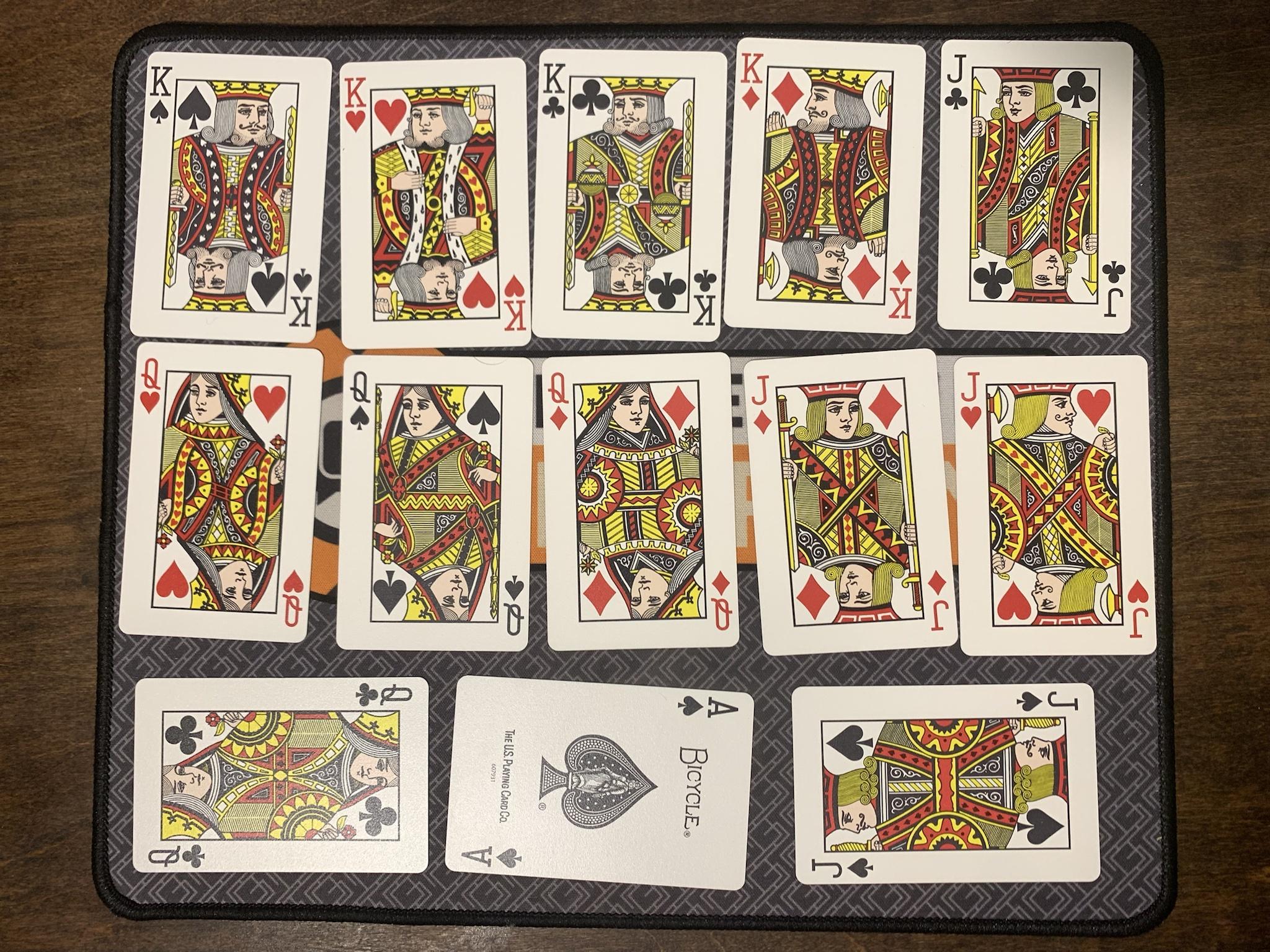 kirchhausen said:
never mind you said not for sale in US. carry on
Click to expand...

Again @ArielVer18 thanks for doing this for international members! Too bad the eBay seller does not ship outside the US.

Not Mine Used 2012 WSOP Cards back on eBay, Great Deal