It is 10 p.m. on a Tuesday and I am about to do something illegal. Standing in a closet-sized room with locked doors on either side, I raise my arms and submit to a pat-down by a muscled-up guy who calls himself Big Reggie. Satisfied that there are no weapons on my person, he gets me buzzed into a room with a wall of windows covered in sheets.

Flat-screen TVs play baseball and soccer. But nobody’s here to watch sports. Two poker tables are filled with male gamblers. Sounds of small talk and the clattering of chips resonate around the room.
I buy-in for $200, receive two stacks of $5 chips and a British-accented dealer welcomes me to the game. Affable as he is, poker in these places is never really all that friendly. I size up the other players and am grateful that the guy to my right bets like a maniac. I hope to get a decent hand before he goes bust. Cards are in the air and I feel right at home.

For some, underground poker clubs are as much a part of the city’s fabric as Greek diners and corner bars. They carry a mix of louche glamour and potential profit. Long before movies like “Rounders,” celeb-studded World Series of Poker telecasts and memoirs such as “Molly’s Game” (which gains speed with Tobey Maguire in action — and ends with “Poker Princess” Molly Bloom, who ran the high-stakes games in LA and NYC, in handcuffs), there was discreet gambling in unassuming places.

According to veteran player Mickey Appleman, high-stakes games of gin and poker ran on parallel tracks back in the 1970s. That was when a Lower East Side kid named Stu Ungar — who’d later become a poker superstar and die in a fleabag Vegas motel before being played by Michael Imperioli in a trashy biopic called “High Roller” — tore up the gin action.

Ungar decamped for Las Vegas in the late 1970s while underground poker clubs continued to thrive. Bookies, businessmen, numbers runners, drug dealers and hard-hustling professional gamblers all rubbed shoulders in the so-called goulash joints — or “ghoulies” to old timers — in the 1970s. “Called that,” says Johnny M., a Brooklyn native and lifelong hustler who declined to give his last name, “because they originally served goulash and were run by Eastern Europeans. Games were so good and so much cash got splashed that dealers made $100,000 a year.”

The games’ were pretty good for knock-around regulars as well. As related by Johnny, he and his crew fleeced tourists and squares so badly that they never really stood a chance. “We played because we liked playing, always being in action, always having cash — and we cheated when we could,” he remembers. “There was collusion. To pull it off, we spoke in a code — funny meant four, nice was nine, very was three of a kind: This is a very nice guy here meant that you held three nines — and the suckers had no idea what we were saying to each other.”

The Westies staked out midtown. Elsewhere in Manhattan, at a joint called Louie Greco — a backroom spot with a few tables and dealers who fixed the decks — “there was a poker game that ran for a month-and-a-half, non-stop, with different guys, all seeming like Damon Runyon characters, popping in and out of it.”

The party began winding down in the years after legal gambling came to New Jersey in 1974. “Atlantic City put a kibosh on our games,” says Johnny, adding that some of the older practitioners passed away and others opted to gamble in more legitimate, if less picaresque, environments. “AC took everybody’s money.” Plus, a fresh breed of New York poker room would soon evolve out of the backgammon scene at The Mayfair Club, which long stood as a semi-private gaming spot on a low floor of the Gramercy Park Hotel. “We considered the guys who played there to be scumbag people. They were all percentage guys.”

By that, he means they were into figuring out the mathematics behind the games they gambled at rather than cheating and playing by the seats of their pants.

The Mayfair was a tatty club where some of the brainiest players in New York gathered to engage in bridge and backgammon for serious money. Sometime in the early ’80s they began playing poker, using the backgammon checkers as chips. Some of the most talented practitioners of the last few decades got their starts there.

“The guy who made the game was somebody we called Phil The Rabbi” says Erik Seidel, a player who’d become good enough to snag some $29 million in tournament poker winnings. “He worked as a financier, had a lot of money and was very emotional. When he lost, he went crazy [going out of control and dropping increasingly large sums of cash]. He made the game playable.”

In 1988, the Mayfair moved to a larger, subterranean space on East 25th Street, where writer/director Brian Koppleman observed unique individuals like Joel Bagels, who would inspire the John Turturro character of Joey Knish in the 1998 New York-based poker movie “Rounders.”

Over a wild four-year period, from 2003 until 2007, the New York scene blew up. Almost overnight, poker clubs seemed to be opening all over town. They would occupy sprawling loft spaces and load up with 15 or more felt-topped tables. Even though they were supposed to be secret joints, they had evocative, market-savvy names: Play Station, Straddle, Diamond Club, Brooklyn Players and the Aquarium (a bit of an inside joke: bad poker players are known as fish; when a savvy player notices somebody trying to correct a fish’s play, he might say, “Don’t tap the aquarium” — i.e. don’t disturb the fish).

Clubs were getting written up in newspapers and celebrities were spotted at tables. But nobody seemed to care. “People looked at poker as something very innocuous,” says Appleman. Things were loose enough that The Post reported on Alex Rodriguez hanging out in a Union Square club — sitting alongside poker pro Phil Hellmuth — just hours after his Yankees beat the Orioles.

Money was being scooped at all levels. Appleman remembers nights when players experienced $60,000 swings. Because poker had gotten so big and so trendy, there were loads of inept neophytes. Some of them helped a struggling new-to-the-city publicist, who declined to be named, make rent in Manhattan. Plus it was a hell of a lot of fun. “The atmosphere at a place called Genoa was raucous,” remembers Jamie Weinstein, who works in finance and now lives in Connecticut. Recounting the spot that doubled as an Italian social club on Houston Street, he adds, “The owner showed hardcore porn on TV, the players were loose and there was an excellent marinara on the menu.”

At another place, the Fairview, he boasts, “It was so easy to win that if you needed money, you went there for an hour and returned home with $300.”

That not only shows a degree of professionalism, but it also displays how much money was being made (poker-club owners profit by extracting a percentage of money out of each pot or charging hourly rates). “With a couple people running a small club, you earned north of 100-grand each,” believes Weinstein, acknowledging that some of those owners had to kick money back to the mob. “It was published that Play Station” — one of the larger clubs — “made over $1 million per year.”

Most players were able to tolerate the occasional raid as a cost of doing business. Way scarier were the hijackings that came next. “Genoa got robbed and that place was clearly owned by the mafia. It was scary that people weren’t concerned about robbing a mob-owned place,” says one regular who spoke on the condition of anonymity.

The scene reached its nadir in November 2007, when a club on 5th Avenue and 28th Street was held up by armed robbers in ski masks. Players watched helplessly as the thugs beat a cashier and stole their money. Things would have gone smoothly — and remained unreported — if one of the nervous thieves had not dropped his gun. It went off and fatally shot a 55-year-old math teacher from New Jersey. Nearly three years later, two men were found guilty of murder in the botched heist.

The accidental shooting had a chilling effect on players.

Poker club owners also took notice. They cut down on the likelihood of their games being robbed by making the clubs smaller and less public. That way they’d have less money on hand for thieves to grab. So while New York remains dotted with poker-playing spots, most of them are not unlike the modestly sized, Garment District place where I wound up being relieved of 50 bucks over the course of a couple up-and-down hours.

But where illicit gambling is concerned, Appleman opines, you really never know what will happen or where it will go. “New places are always opening and old ones are always closing,” he says. “Guys are always seizing opportunities.”

I dabbled in NYC underground poker from 2008-ish to 2010-ish. Never saw a "club" bigger than two or three simultaneous cash tables, or a small-stakes MTT with cash on the side. Most of the games were run out of one- and two-bedroom apartments.

There was one club that was definitely making an extra effort to get its brand out there, though, and I still get emails and texts about their games to this day. They only ran one table when I played, but I think they've grown a bit since then. Very professional game: custom table, decent furniture, cute waitress, good dealers, upfront procedures (especially rake). They also had the nicest chips out of all the underground games I attended. The name of the place was (and still is) Felted. Sadly, the only chip I have from them is damaged. 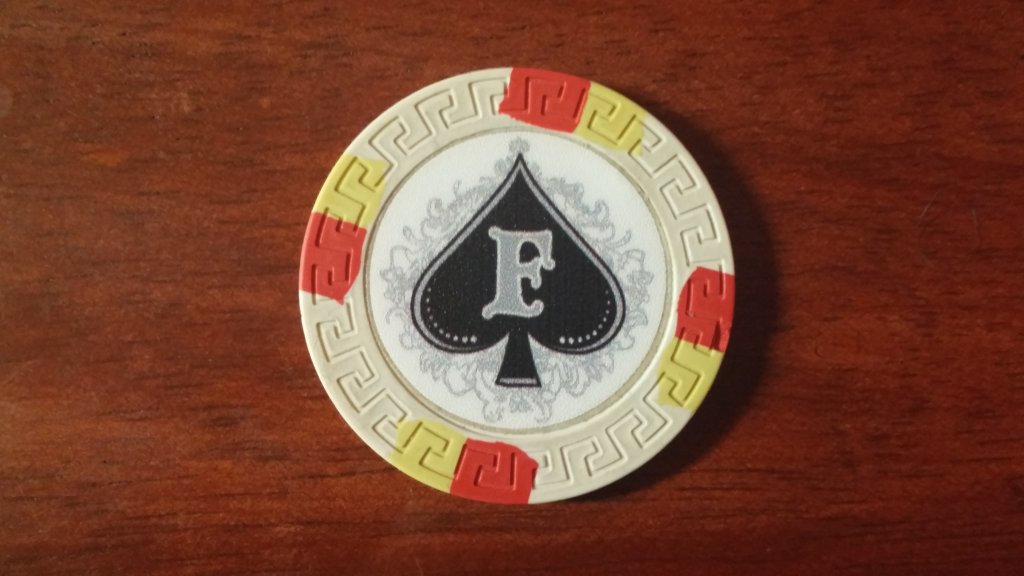 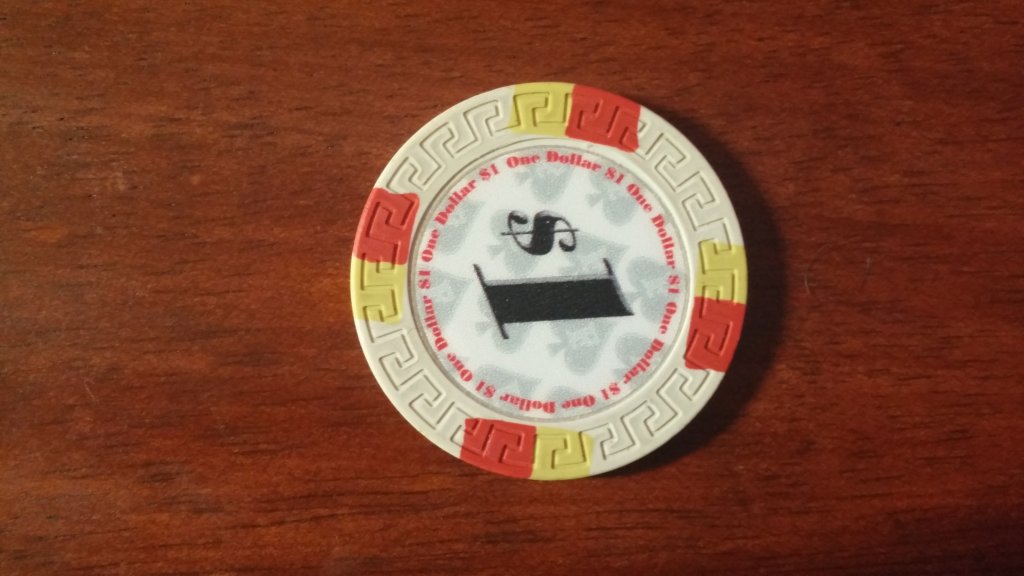 I remember a place called the Aquarium in Chinatown, this was like 05-06. They had two floors with a dozen or so tables, but only a couple games going whenever I went. Usually one table of 1-2 NL downstairs, and then upstairs was a high rollers table of stud or limit holdem. They had cameras, bouncers, and free sushi. Your first night, they gave you an ID card with your photo.

I used to play at PlayStation and a few others back in the day. But after one of the most indiscreet people I ever knew turned up at one of the clubs, I realized the underground scene had become too high profile, and I stopped going. That was right before the robbery took place.

I still go on occasion to a couple lower profile and selective clubs though.
J

Yeah I remember Playstation... what I regret is never visiting the Mayfair or Diamond Club. I think the latter was still open when I used to live in the city. Back then I had no sense of history, I just wanted to gamble.

I played at the Brooklyn Players Club, if I have the name right, for a while back in 2005. Not sure if its still around, but it was well run.

I heard about Brooklyn Players Club a lot but never made it out there. How many tables did they used to run? I feel like I saw photos of 4 or 5 tables.
You must log in or register to reply here.

Cash Game Am I wrong to ask a player to pay for their referral who didn't pay up?
3 4 5

Tourney Was this couple colluding?
2 3 4