Are these the original guys behind the Crazy Horse chips on Milano blanks?

I dunno but they were the original source of the Stardust chips tho...

Thanks for the warm welcome.

atomiktoaster said:
Are these the original guys behind the Crazy Horse chips on Milano blanks?
Click to expand...

Hello. Yes you are correct. The Crazy Horse line is one of ours.

Welcome! I look forward to checking out your wares.

Welcome aboard! It's great to see one of my normal sources for supplies here.
Last edited: Aug 21, 2015

welcome, nice to have you here

Are you going to be getting the wsop cards again this year?

moose said:
Are you going to be getting the wsop cards again this year?
Click to expand...

We currently have the WSOP 2011 cards as well as the WSOP 2013 playing cards available. Both are manufactured by the United States Playing Card Co. This year Modiano is the official playing card supplier of the World Series of Poker. We are hoping to have the opportunity to purchase the unused cards from this years event.

As you may know there has been some controversy in regards to the Modaino cards used in this years event. Whenever you have a bunch of players who are not sleeping properly, not eating properly and losing pots to newbees chances are some complaints will be made about almost everything. Modiano cards are great. We look forward to the opportunity to stock them late this year.

Welcome Sir, I would like to buy some things , but I live across the Atlantic

Nice, a Canadian supplier with no exchange rate...... That I've ordered from several times. Great service both times I ordered.

What about those who want gaypokersupplies?

justsomedude said:
Are they prejudiced?

What about those who want gaypokersupplies?
Click to expand...

Haha I have to be honest I thought the same thing when I saw their name.

Well, at least they aren't crooked.

Welcome to the new sponsor!

Just wanted to post my experience with @StraightPokerSupplies since I don't see them around here too often (and would like to give a sponsor some airtime). I've purchased 1,700 Crazyhorse China clays within the past year to use as my travel set and most recently picked up a rack of new $25 National Poker Series chips (they were pretty much the last vendor in the world to have them new). With my most recent purchase, Charly threw in a setup of the 2015 Modiano WSOP cards (they bought a bulk order of them), which was very generous.

I had the opportunity to play around with them and, in my completely non-expert opinion, they feel a ton better than my old 2008 Kem WSOP cards. Both packs were wrapped and didn't appear to be warped or marked at all (a stark contrast to the 2008 cards). The bridge-sized cards felt thinner and slicker than my poker-sized Platinum Acetate's, but I don't own any other Modiano's for comparison. I'm including some pics so you can have a visual.

Anyway, let's hope that SPS decides to offer a PCF discount on these cards because those who have collected these WSOP cards may want pick up a setup or two.

Thanks SPS and Charly! 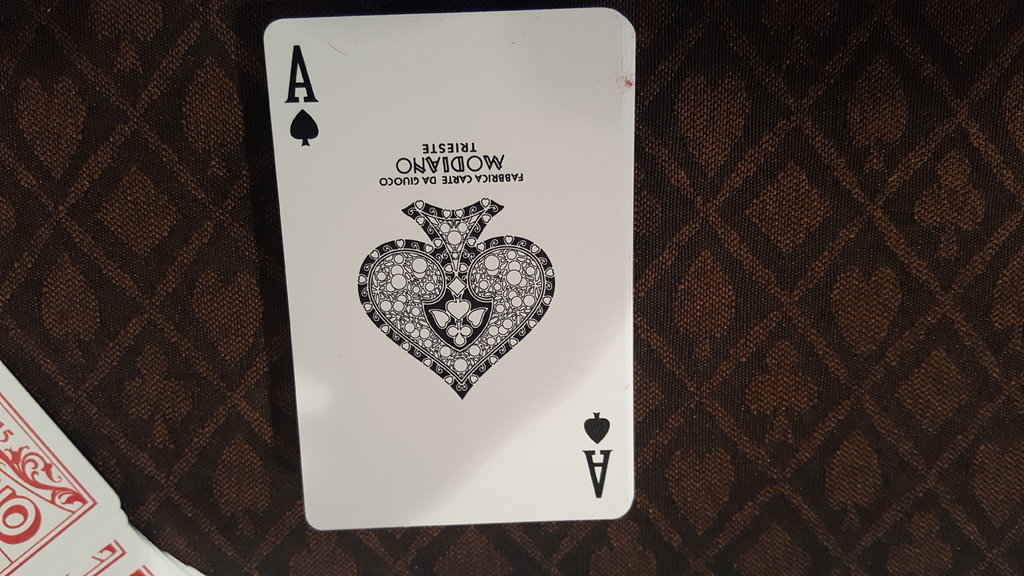 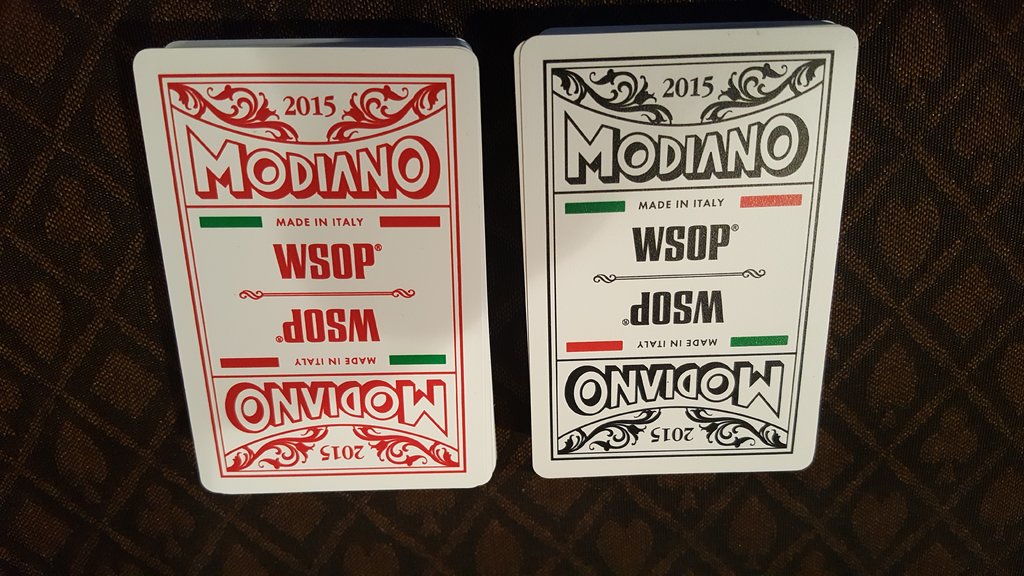 Welcome fellow Torontonian. Have ordered birdcages and cases from these fine folks, that I could never order from the US due to shipping costs.

justsomedude said:
Are they prejudiced?

What about those who want gaypokersupplies?
Click to expand...

Hurray welcome! I browse your site often and drool / dream...

NICE !!! Quality retailer with quality deals.
You must log in or register to reply here.

Anyone use this chipping site?

A
Hey New Member From Ohio