100% of the final bid will be donated to a hometown friend's GoFundMe who was paralyzed and nearly died, in a swimming accident over the summer. The goal of the GoFundMe is to help offset some (if only a fraction) of the short and long term costs related to his paralysis.


It's been almost 3 months since Sean's traumatic and life-changing swimming accident on Martha's Vineyard. He was swimming in the ocean when he suffered a spinal cord injury that left him instantly paralyzed from his shoulders down. Because he couldn't move his body, Sean began drowning upon impact until he was pulled out of the water and onto the beach by his friends, who immediately began life-saving CPR.

When Sean was pulled out of the water, he was still unconscious, did not have a pulse, and was not breathing or responsive. The severity of Sean's situation was unknown at the time. His friends along with some heroic off-duty first responders who were at the beach that day refused to give up on Sean and continued their lifesaving measures until the Edgartown ambulance and EMT's arrived on scene and immediately intubated him. Sean had no signs of life for nearly 30 minutes. He was taken to Martha's Vineyard hospital ER via ambulance when the EMT’s were able to regain Sean’s pulse. He was placed in a medically induced coma and evaluated in the ER where it was determined that Sean had suffered an acute fracture to his neck. The ER doctor immediately made the call to have Sean Med-Flighted to Mass General Hospital in Boston. Two and one-half hours after Sean's swimming accident and arriving at MGH Boston, he was rushed into emergency surgery to alleviate the pressure his shattered C5 vertebrae was putting on his spinal cord. The surgery lasted four hours during which surgeons removed his burst C5 vertebrae, and fused his C4 and C6 vertebrae together. Given how long Sean went unresponsive on the beach, we were told to prepare ourselves that if Sean made it through surgery it would be likely that he would have suffered devastating brain damage. By some miracle, Sean suffered no brain damage and his personality started to come through in bits and pieces following surgery. 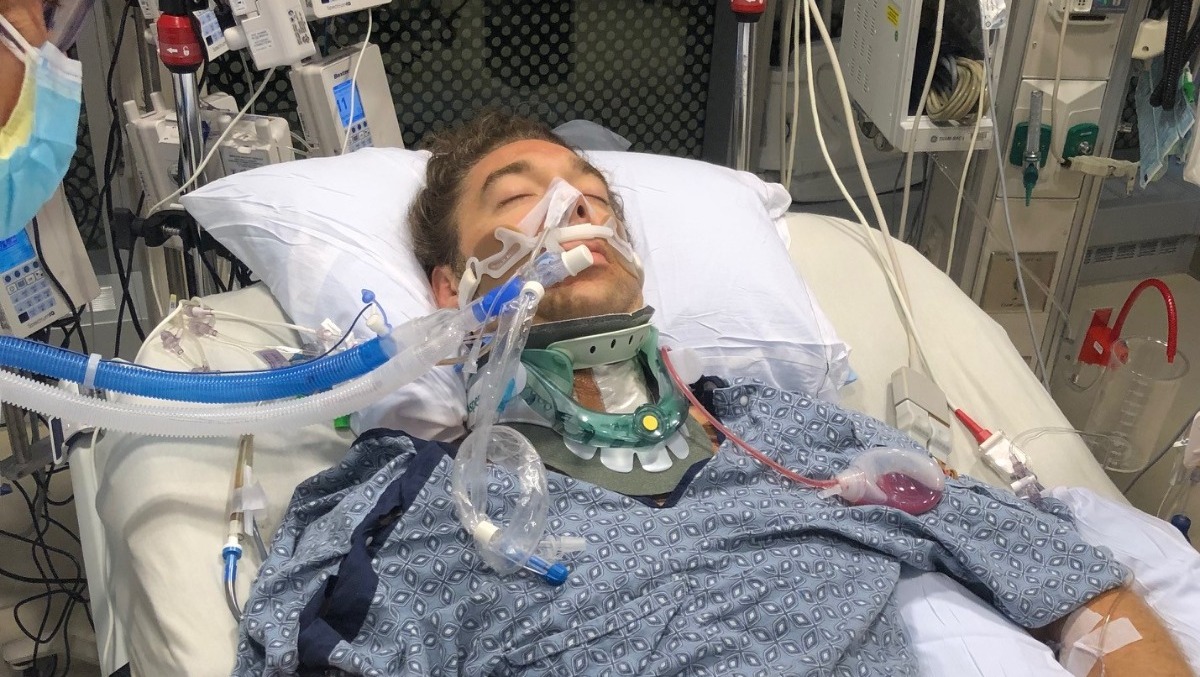 Sean spent 24 days in Intensive Care Units (ICU’s) at Mass General Hospital on a ventilator and a feeding tube to keep him alive, all while fighting and enduring intense pain, life threatening lung infections, paralysis from his shoulders down, and not being able to communicate verbally because of being intubated and on a ventilator. After eight days in the ICU, his intubation tube was removed and replaced with a trachea breathing tube. Sean was eventually transferred to the Spaulding Rehabilitation Hospital in Charlestown, MA to begin his journey of intensive physical and occupational therapy. During the first 2 weeks at Spaulding the medical teams weened Sean off the breathing assist ventilator, enabling him to communicate verbally, start eating solid food, get fitted for wheelchairs, and start working on simple everyday tasks that he needs to relearn again after becoming paralyzed. 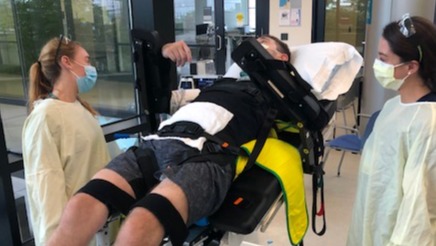 Sean has made significant progress in the last three months, but will continue to have some major physical limitations to deal with due to his paralysis. He will continue to need intensive care carrying out everyday tasks. As Sean begins his transition back home he will require 24/7 care by a team of caregivers. Sean’s parents have begun home modifications, including adding a handicap accessible bedroom and bathroom, patient lift systems to assist Sean. A wheelchair lift is being installed in the garage to give access the house. Several doorways and hallways are being widened and removed to make the home wheelchair accessible.

Those who know him know Sean is a strong and determined man. He continues to fight the fight with more perseverance each day. His recovery will not only be long and difficult, but it will also be extremely expensive. Sean is constantly worried about how he and his loved ones will off-set the significant expenses related to his injury and recovery, especially all of the expenses that insurances don't cover. To relieve this worry and allow Sean to focus on his recovery we are reaching out to the community. 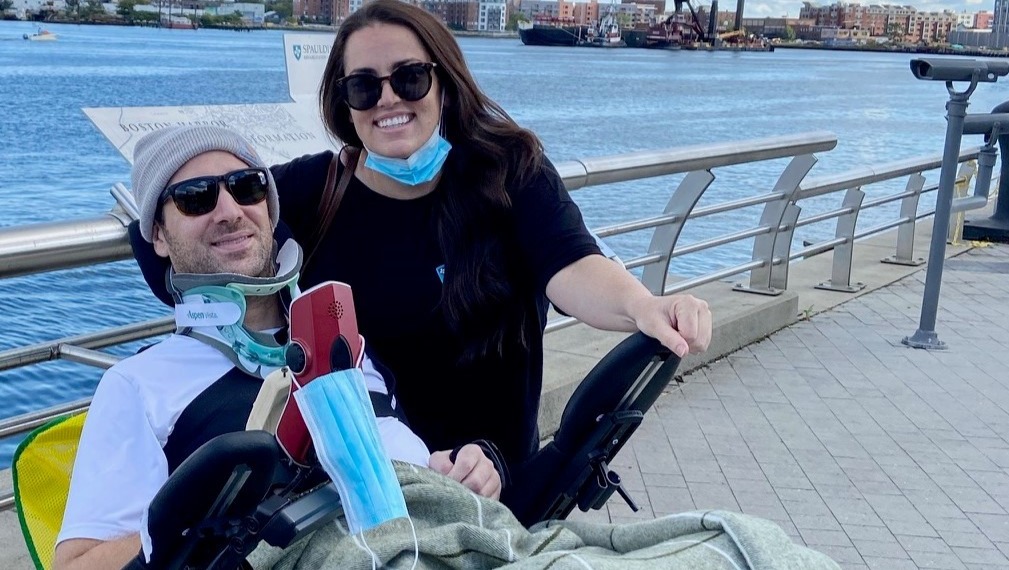 Please know that no gift is too small. Sean is a fighter and he is determined to get healthy and push through barriers for not only himself but for his family, friends, and all those who are cheering him on, both near and far.

Please be kind enough to help Sean rebuild his life and help him cover his current and future needs as they relate to his injury. If you would like to make a gift to Sean, it would be greatly appreciated by Sean and his family. We thank you from the bottom of our hearts for helping Sean. Best wishes to you and your families.

With all the love and sincere gratitude,

Sean & The Noble Family
Have to give a big shout out and thanks to @kaimat who notified me of these chips right around the corner from me.

Payment to be made directly to the GoFundMe. 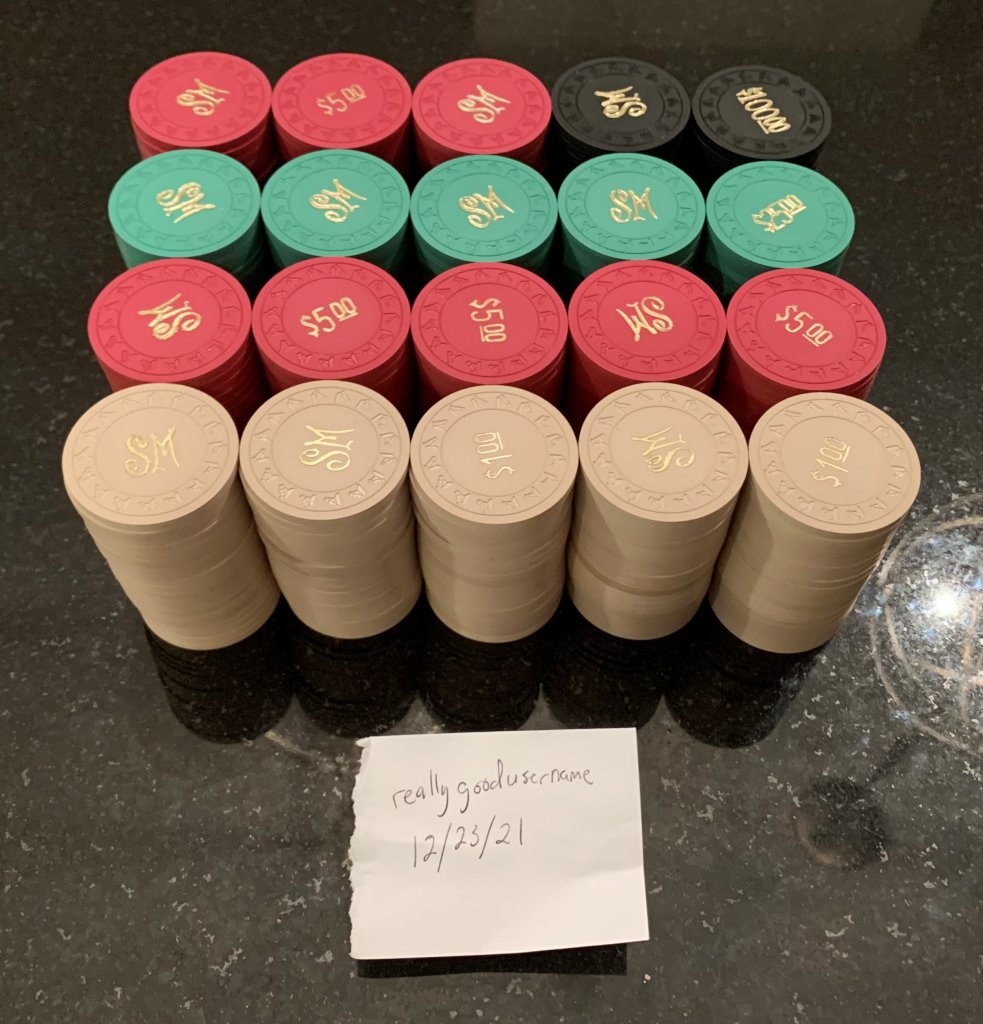 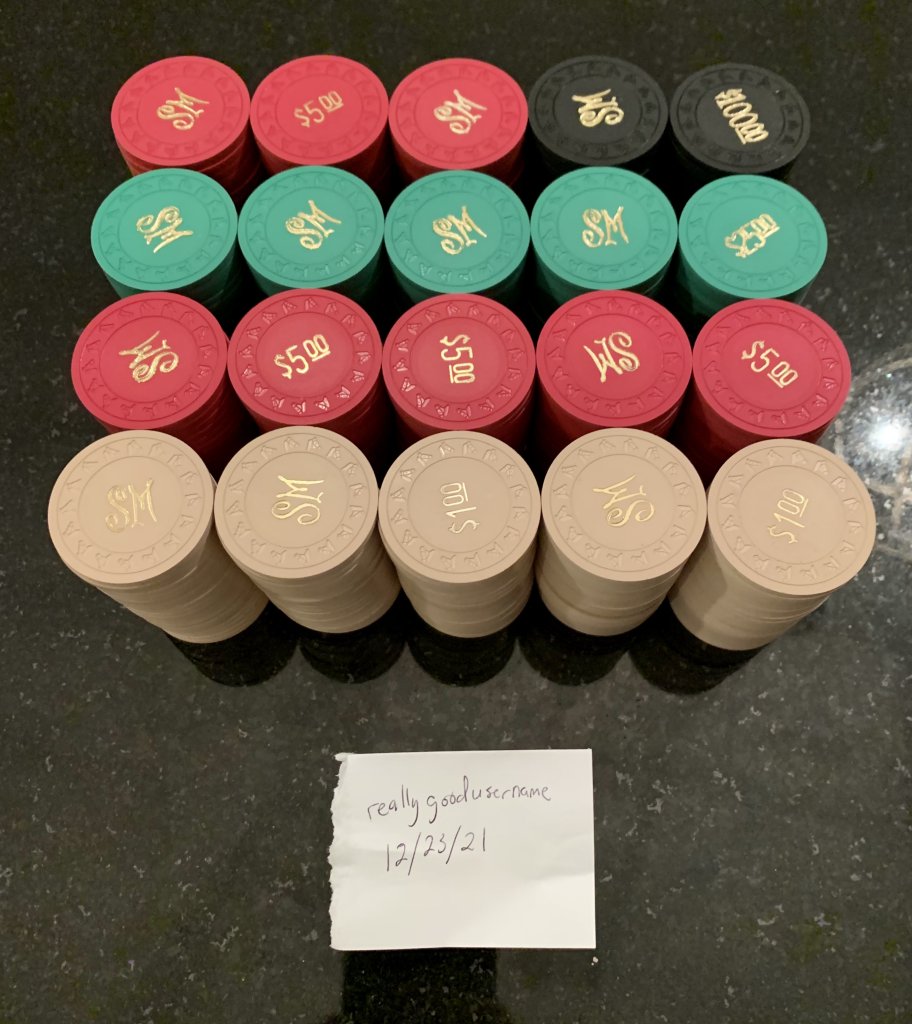 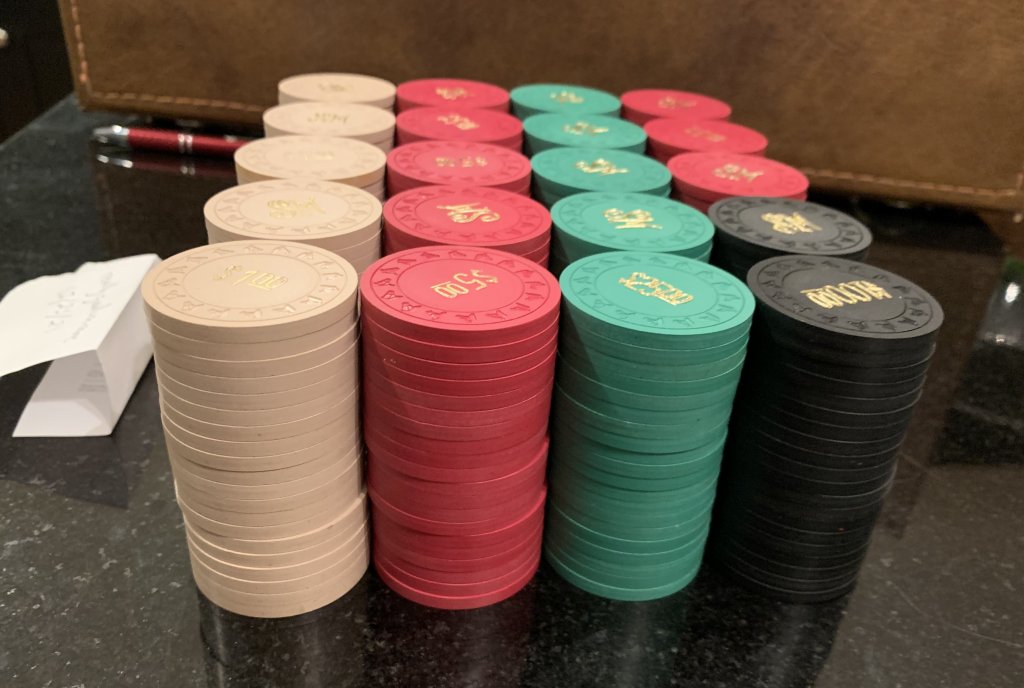 FordPickup92 said:
Don't need another set.. but yeah, getting this started

Seeking Alpha Social Club said:
Donating my bid whether I win or lose.

Thanks guys super kind of you !

Rating - 100%
43   0   0
Was thinking about bidding on these because my regular home game is in Santa Monica, CA, so the SM monogram would have worked out. But it's out of my budget now, which is fantastic for the cause it's going toward! GLWA!

Thanks for all the wishes, views, bids, and pledges. Truly grateful!
E