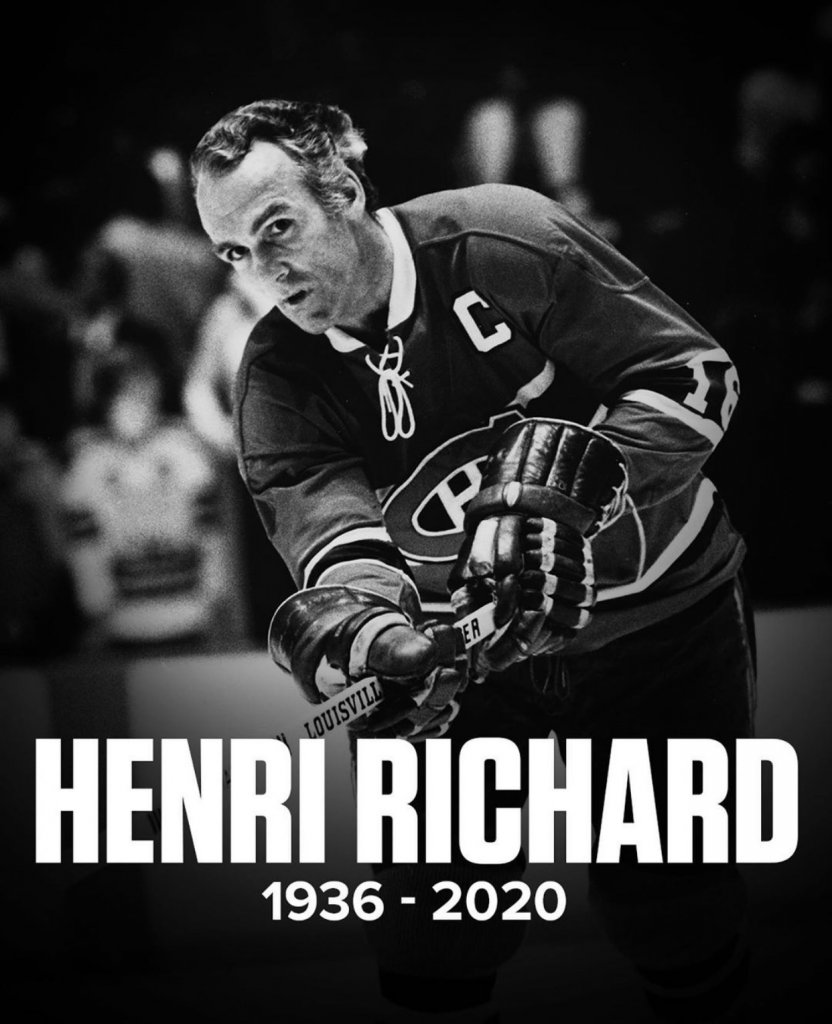 11 Stanley Cups for the "Pocket Rocket", crazy to be on that many championship teams!

WedgeRock said:
He didn't even have 11 birthdays...
Click to expand...

Just read that in an article recently, something I never knew about him.

hdgeno said:
11 Stanley Cups for the "Pocket Rocket", crazy to be on that many championship teams!

There WERE only six teams for most of those. But yeah, that's a lot.

Next - from the first expansion in 1967 The Habs have won 10 cups, the next nearest team is the Oilers with 5.

Can we stop with the "There were only 6 teams" bullshit now?

And yes, it is a sad passing. I was very fortunate to meet the man in 2014 at the Bell Centre. He was a very nice gentleman. He took the time to meet and greet everyone that crossed his path. A true ambassador for both Montreal and the NHL.

Mesnik44 said:
Can we stop with the "There were only 6 teams" bullshit now?
Click to expand...

No. Show me any six-team league that played for 40-50 years, and one of those teams is going to have 15-20 titles. They are never evenly distributed, and there is always some turd team that never gets a title. The Habs had to be the best to win all those titles, and were clearly the class of the league for a very long time. But I have far more respect for dynasties in modern large leagues, like the Yankees, Patriots, Bulls, and Lakers. So laugh all you want, but the last NHL dynasty ended in 1990 for a reason.
You must log in or register to reply here.

Shipping to Australia How Do You Do It Now? - PROBLEM SOLVED