Start with 50k chips, 25/50 blinds (yes, 1k bb!) But levels jump every 15 minutes and the dealers are slow as shit (had one idiot distracted by the basketball game when we were down to two tables and the avg stack was an M of 5)

But I digress, started off great, building to 87k within the first three levels

Watched a guy limp-call a raise from UTG with 83 off, flop 853, theres 17k in the pot, the raiser overbet shoves his QQ for 44k, gets snapped, board pairs 5's on the turn for him to escape

Even deep in the tourney when people should be shoving if they play, we had an asian lady who had just doubled but stll had a shove fold stack, limping A9 s00ted in EP, then checking it down with me in the BB with half my stack in the pot already so that my pocket 2's won the hand

Elderly guy next to me had built over 800k, even though he was limping shit like K9 off in EP very late

Old guy limps UTG, I'm next with AK and get it in, he snaps with 66 and I don't improve SO close again, finished 21st and 15th the other two times I played in fields of 75 or so 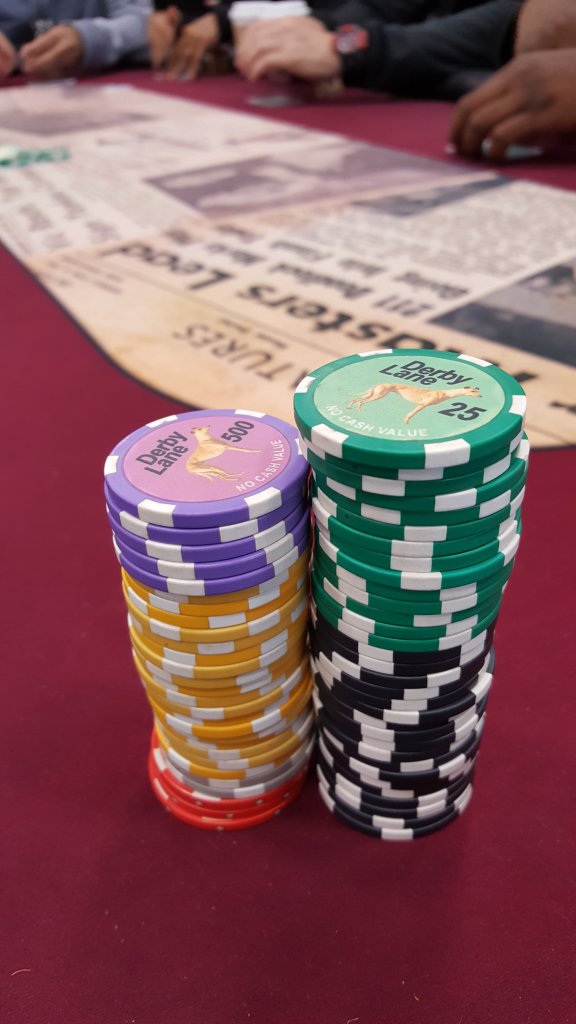 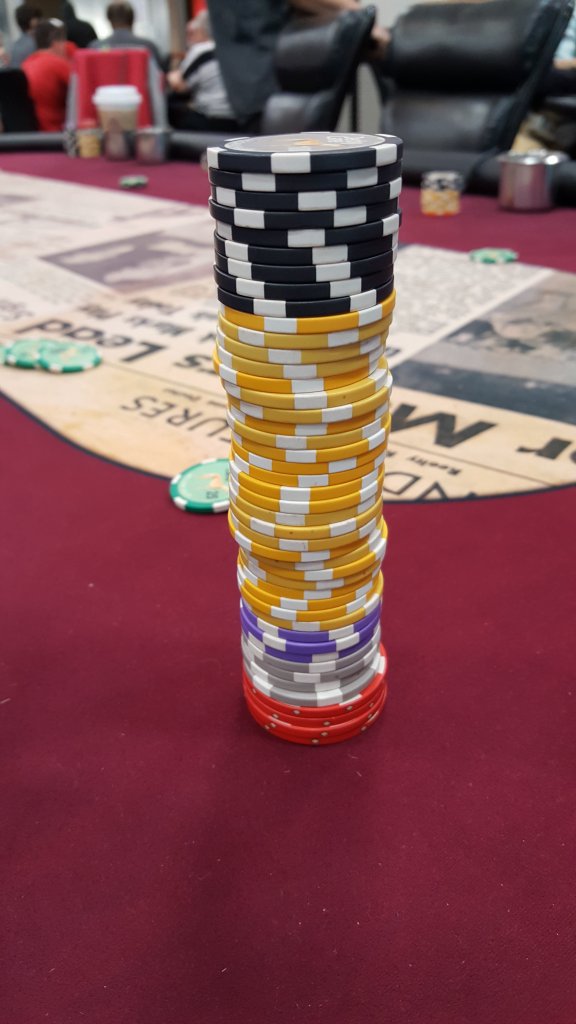 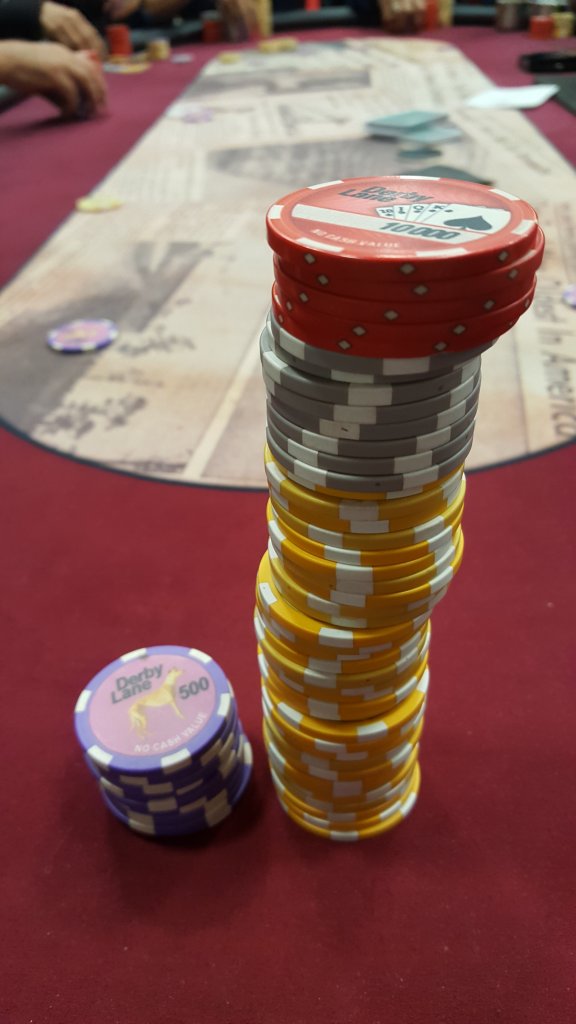 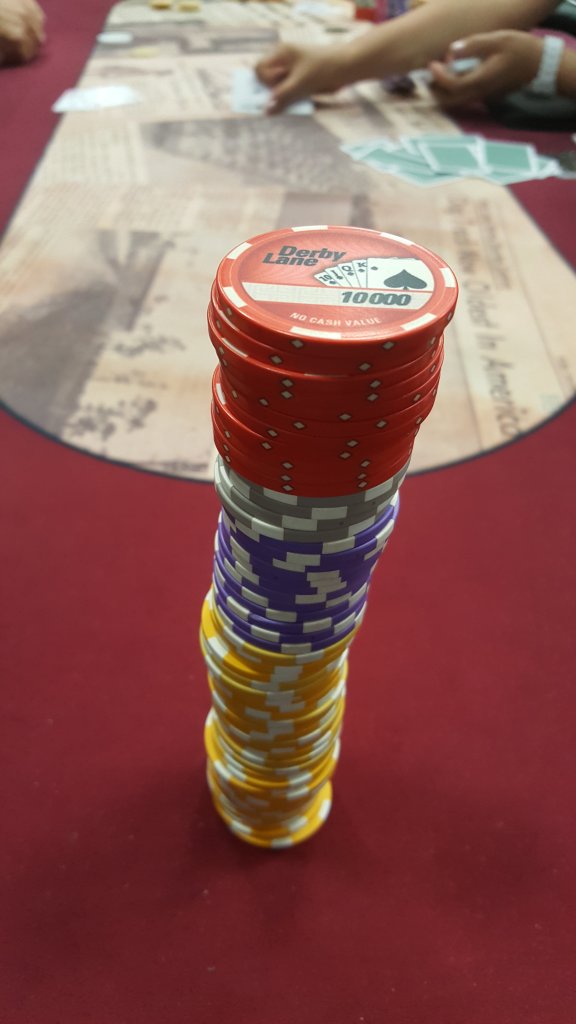 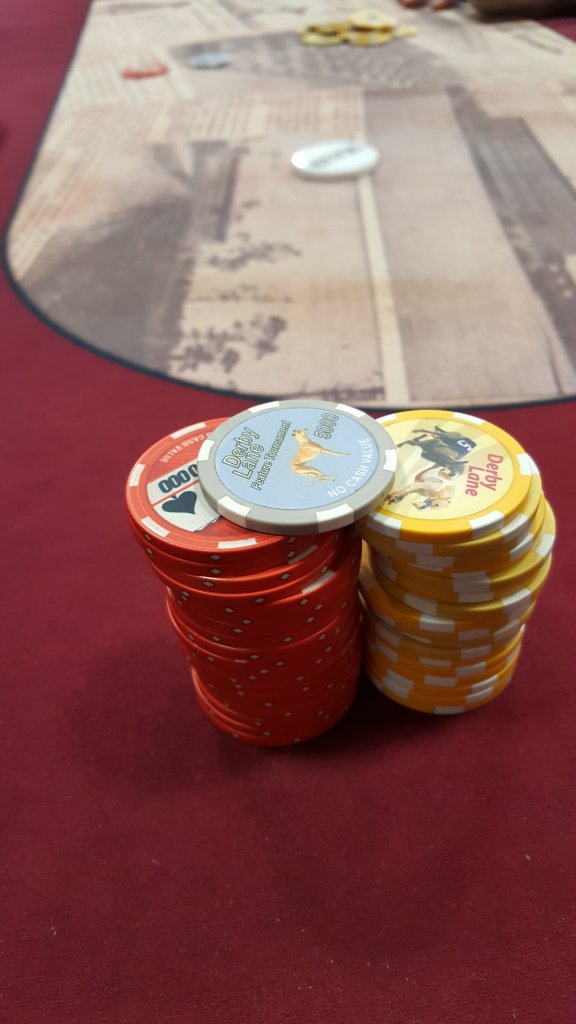 argh... that felt would give me a headache.

That is the worst felt I've maybe ever seen.
You must log in or register to reply here.

Flopped a 7-card straight in PLO - Slowplay or Fire Away?