This is the sister set to the ASM cash set posted here: https://www.pokerchipforum.com/threads/the-shamrock-club-custom-asm-circa-2005-2006-cash-set.89193/

My logic for the number of chips and the denomination breakdown has been lost to time, as these were made 16 or 17 years ago and have only been used a few times. I seem to recall wanting to be able to cover 18+ players with deep starting stacks, and also wanting to be able to cover a variety of starting stack combinations with fewer players for variety’s sake. Maybe I’ll do some math later and try to work out what I was thinking, but figured I’d get some pics up in the meantime.

In retrospect, the use of chocolate instead of black for the T100 was probably a mistake, as there’s potential for dirty stack issues with the T5 in poor lighting. The same holds true for the T1000. DG arc yellow would likely work better, but DG peach was too good to pass up. 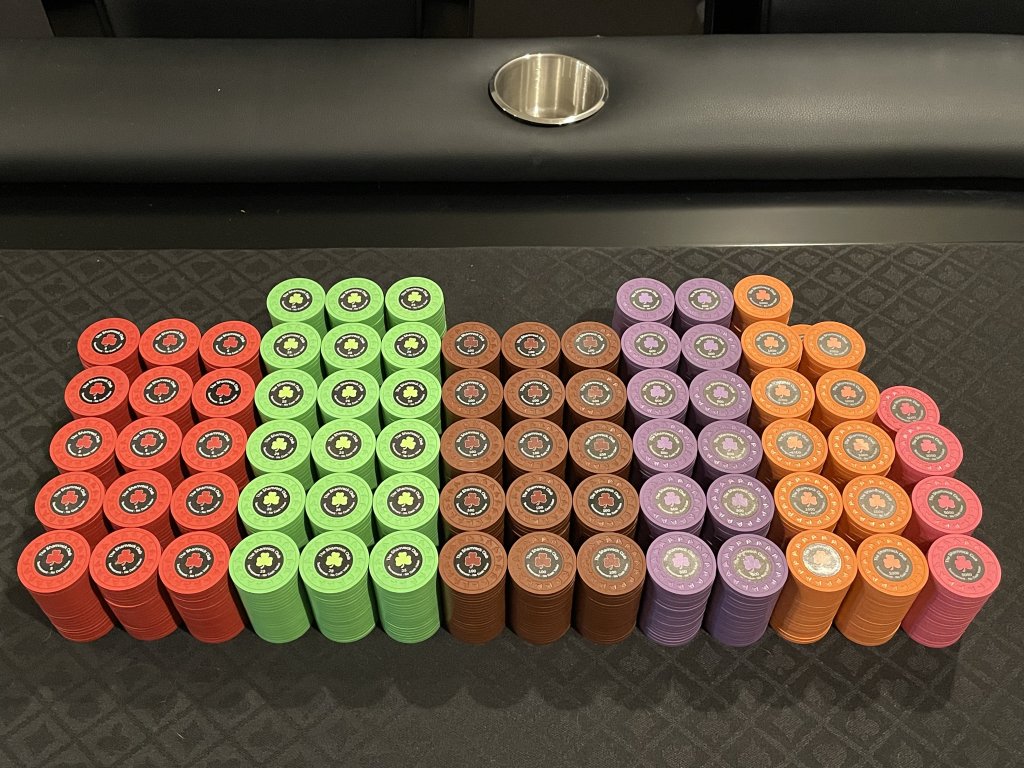 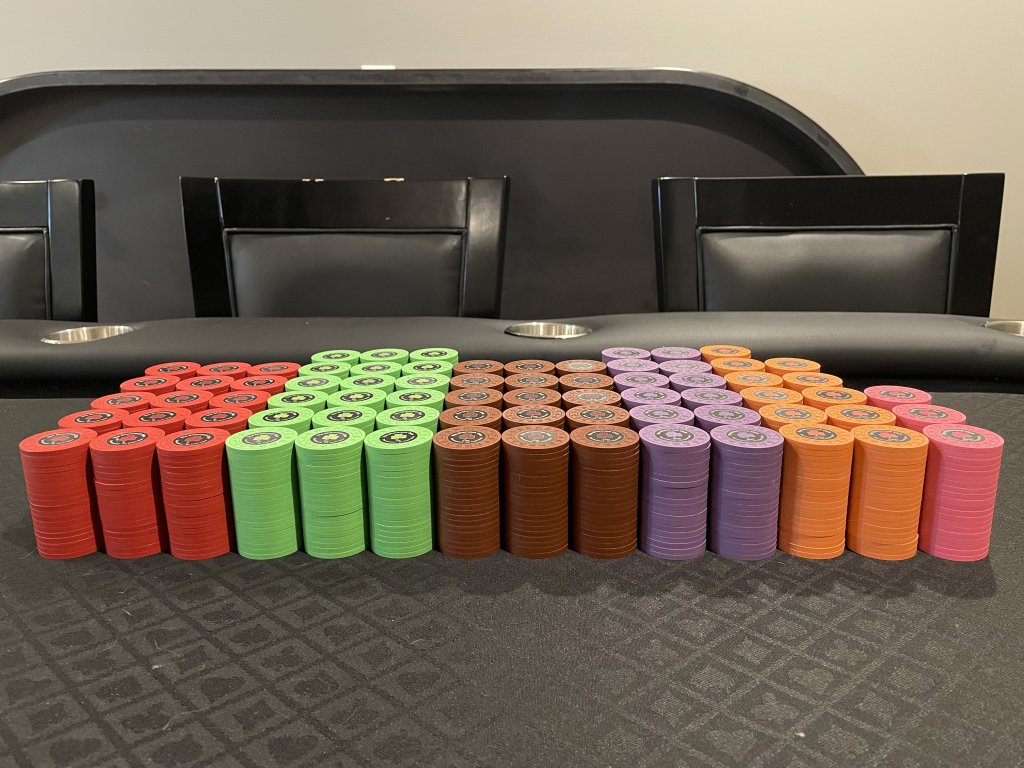 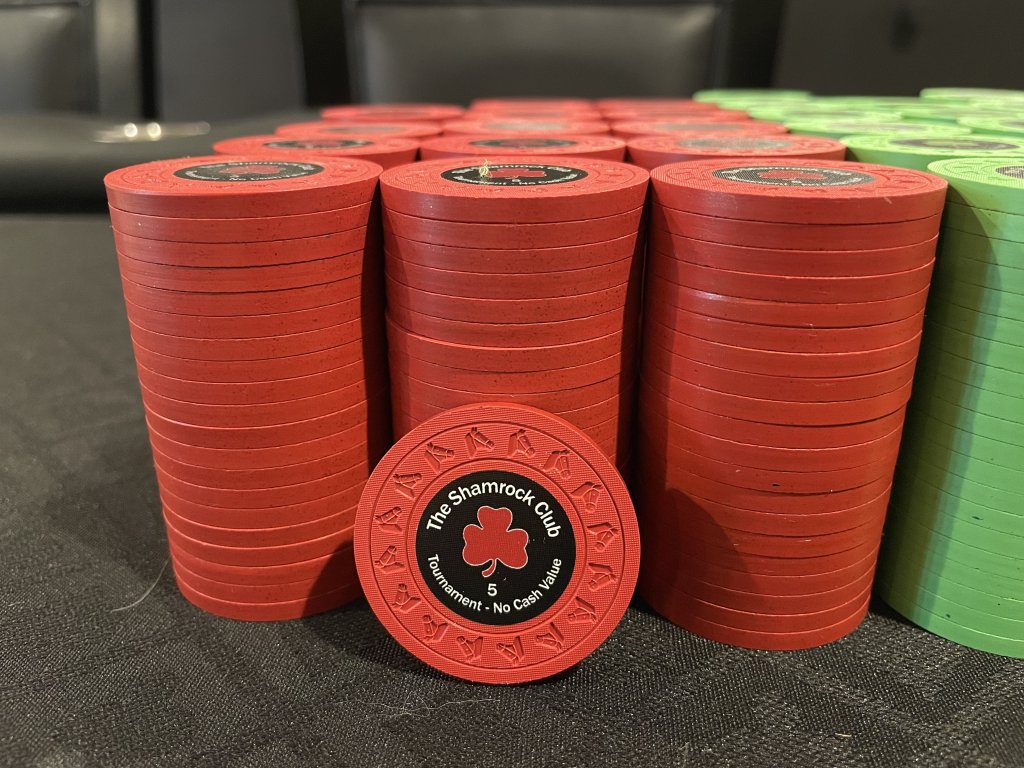 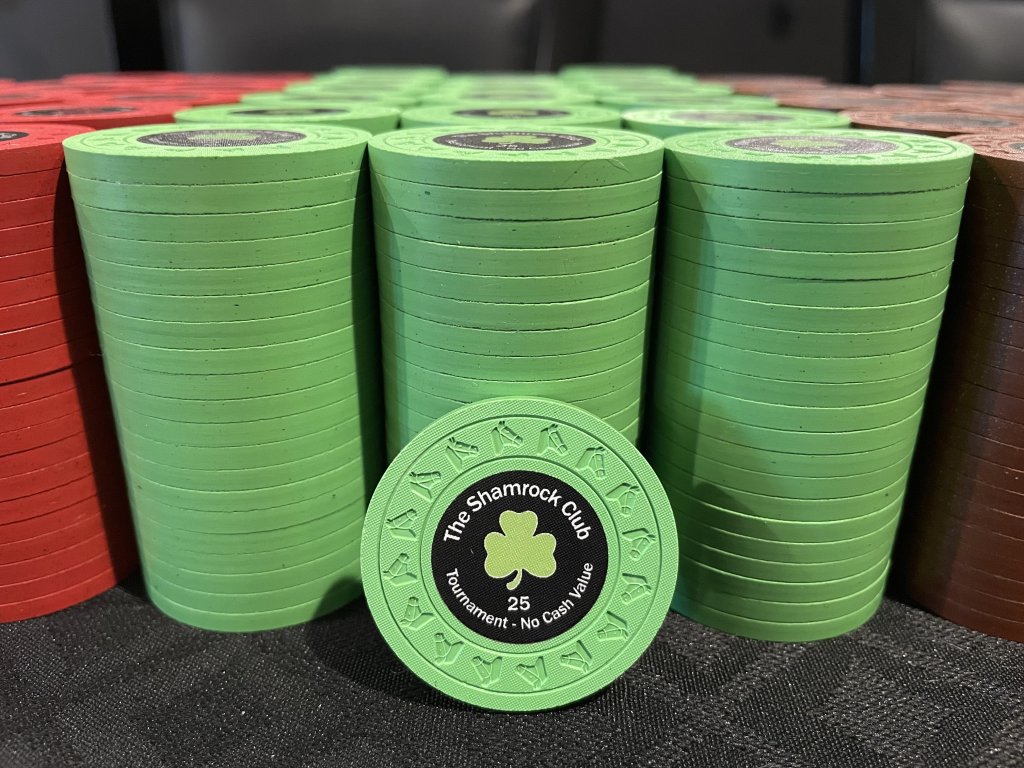 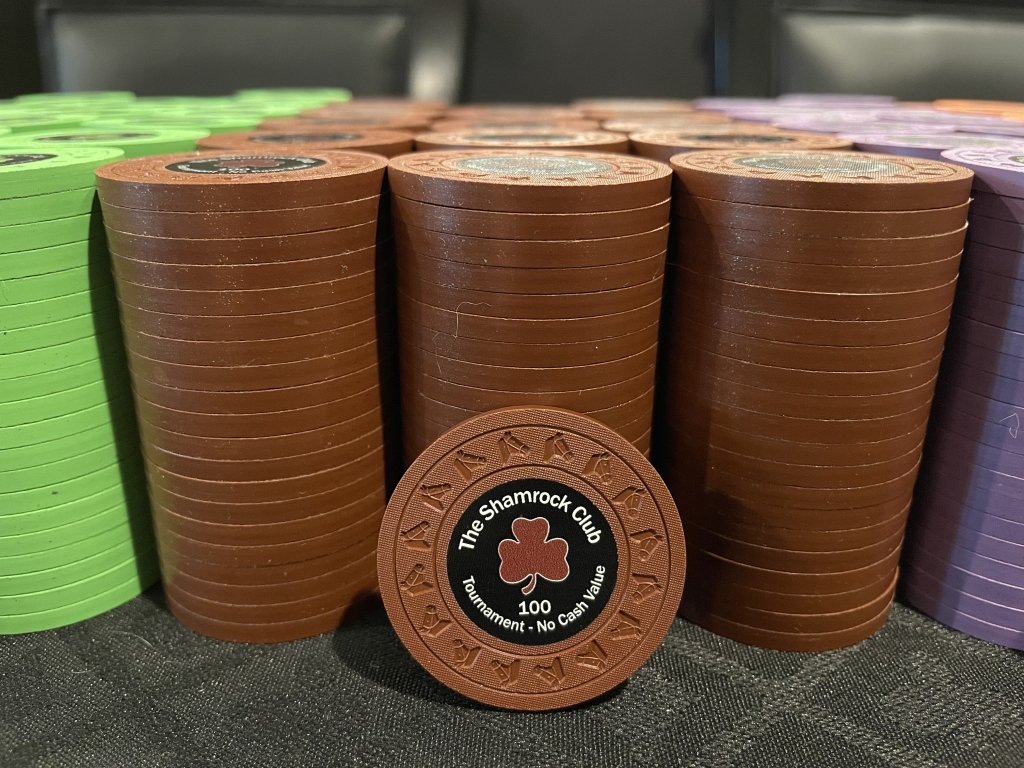 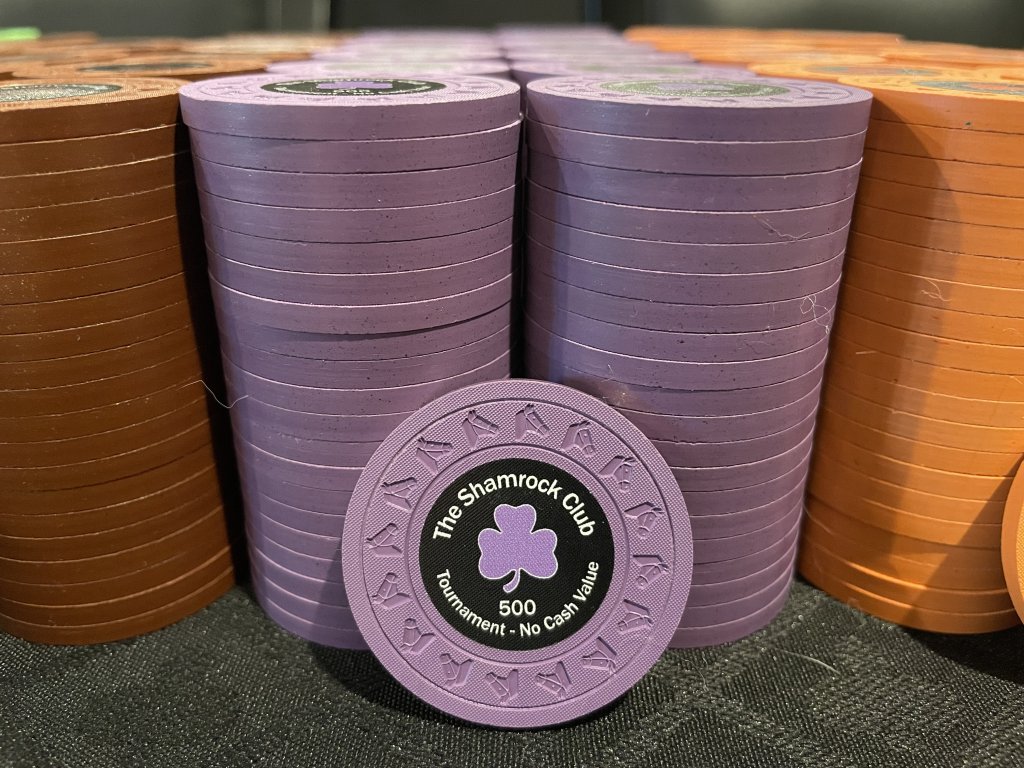 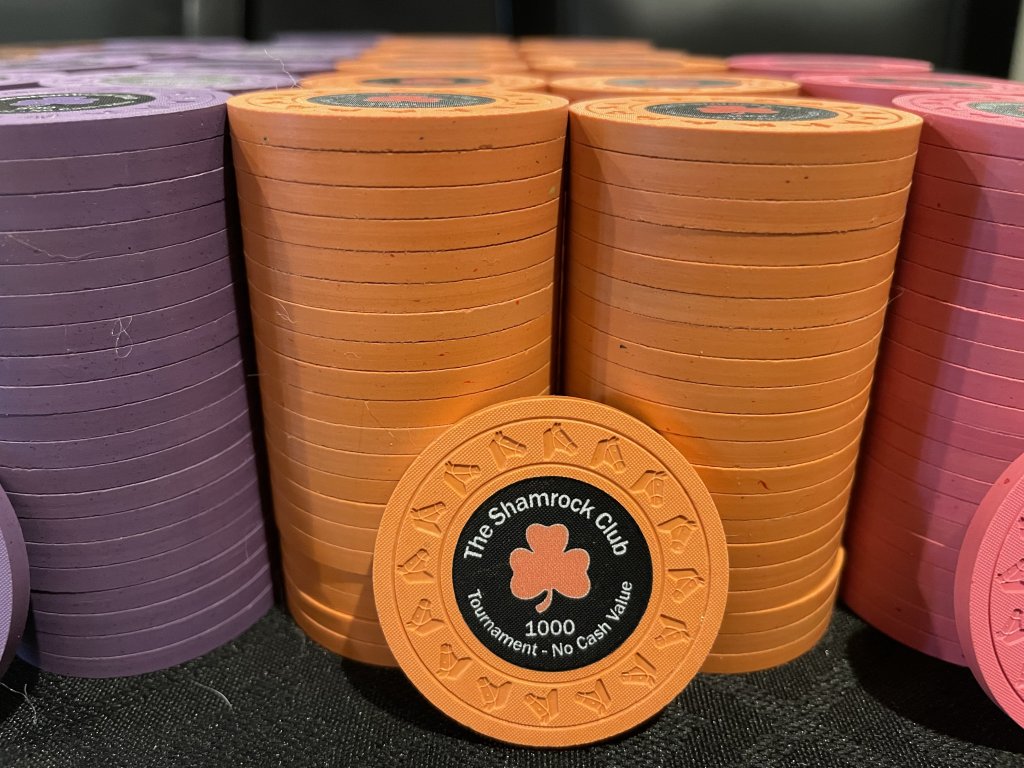 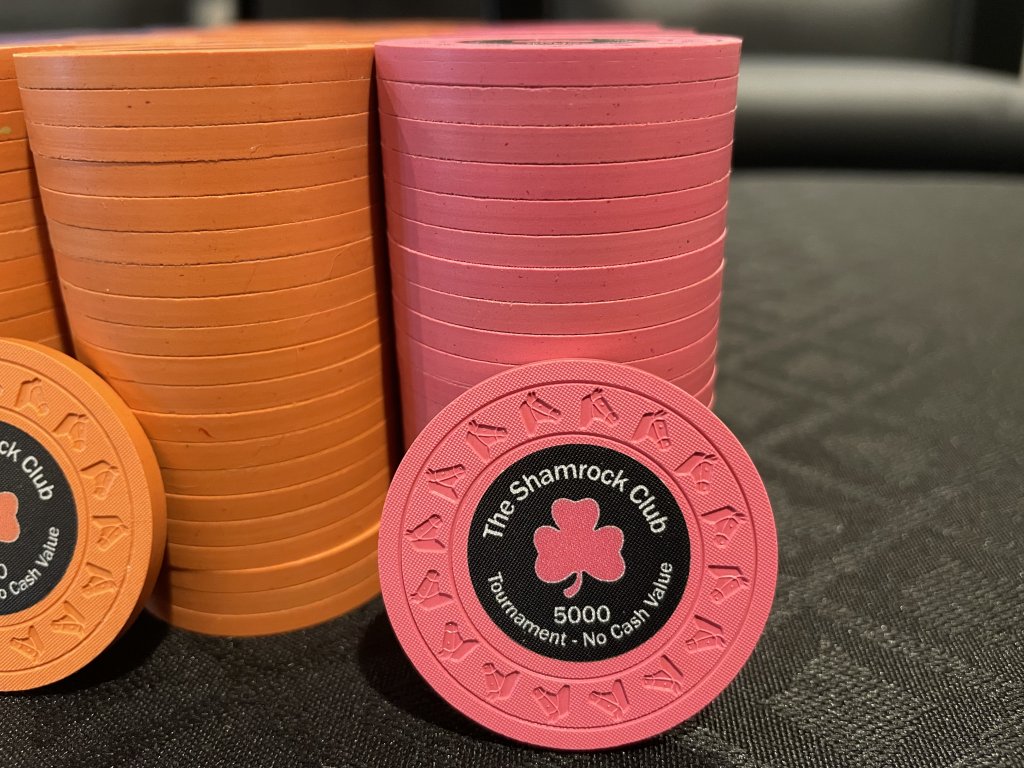