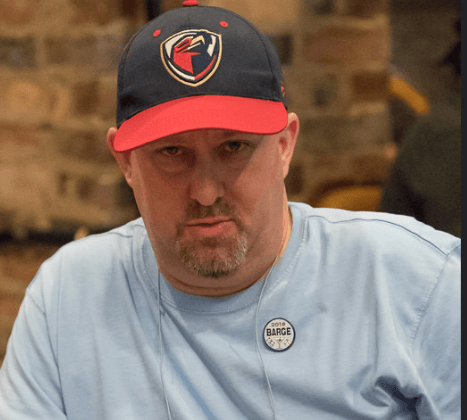 PREFACE
A few weeks ago, BARGE was held at Binion’s Casino in Downtown Las Vegas. This marked my 22nd consecutive year to attend the annual poker and social gathering, which is a week-long festival of fun. This year might have been the last such event at Binion’s. We’ll see about that. However, BARGE is certain to continue being held somewhere in Las Vegas. Visit www.barge.org for more information.
One of the new faces this year at BARGE was Steve McDonald. I called and invited Steve to play — and was thrilled when he accepted the invitation. Steve isn’t that well known in poker, but he certainly should be. Back in 2002-2004, Steve pretty much held the crumbling old Horseshoe together with a box of band-aids and was certainly responsible for keeping the World Series of Poker above ground while it was sinking. Others — including me, tournament directors Matt Savage and Jim Miller got much of the credit. But behind the scenes, Steve was everyone’s anchor. He did everything, 16 hours a day, and never once complained.
Steve is a schoolteacher now. He’s doing something really good by trying to help children learn. I wasn’t surprised to hear that Steve had moved on from the casino business, which can be shallow and frankly, unfulfilling. In fact, I’m glad Steve is doing what he can to make a difference in the lives of others. I admire that.
After BARGE wrapped up, Rodney Chen, the event’s official photographer, posted several photos online of those who attended. That’s when I happened to come across the photo above, showing Steve looking straight into the camera (credit Rodney Chen for the photo). That’s a look I know all too well. From the day I first met Steve back in 2002, he hasn’t changed a bit.
Upon reflection, I realized most of those who were at BARGE probably didn’t know who Steve was, nor did they know his whole story. They unlikely were to know how important Steve was during a critical junction in poker history. That’s not surprising, really. Steve never calls attention to himself.
So, please allow me to do the honors.
Seeing the photo of Steve reminds me of one of his funniest stories. It sure wasn’t funny at the time it happened. But looking back now, we’ve all enjoyed a chuckle about the incident involving actor Gary Busey playing at a charity event years ago. I wrote about the crazy episode back in 2013 and posted the story here. Busey may have been the celebrity at our table, but Steve turned out to be the real star of the show.
Here’s the story of what happened.
__________
Playing Poker with Actor Gary Busey

This happened on my way home last night

What would they put in your hand?