Anyone know anything about a Texas Poker Hall of Fame? Can’t find anything. 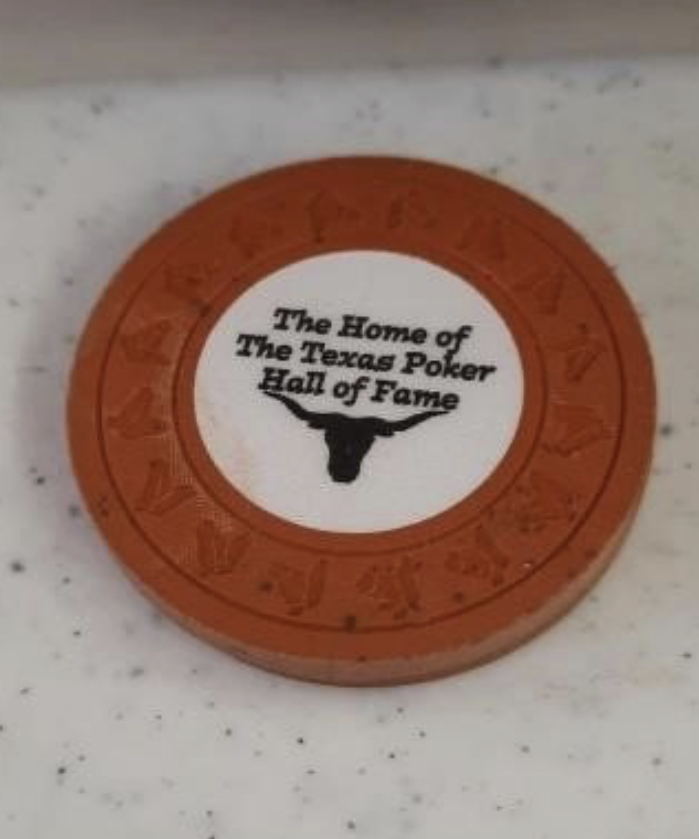 BamaT8ter said:
Anyone know anything about a Texas Poker Hall of Fame? Can’t find anything.
Click to expand...

A Hall of Fame that you can't find anything about doesn't really live up to its name, now does it.

Well, it appears (per help at TCB) that these chips formerly belonged to Byron "Cowboy" Wolford, who was the runner up in the 1984 Main Event and won a bracelet in 1991. 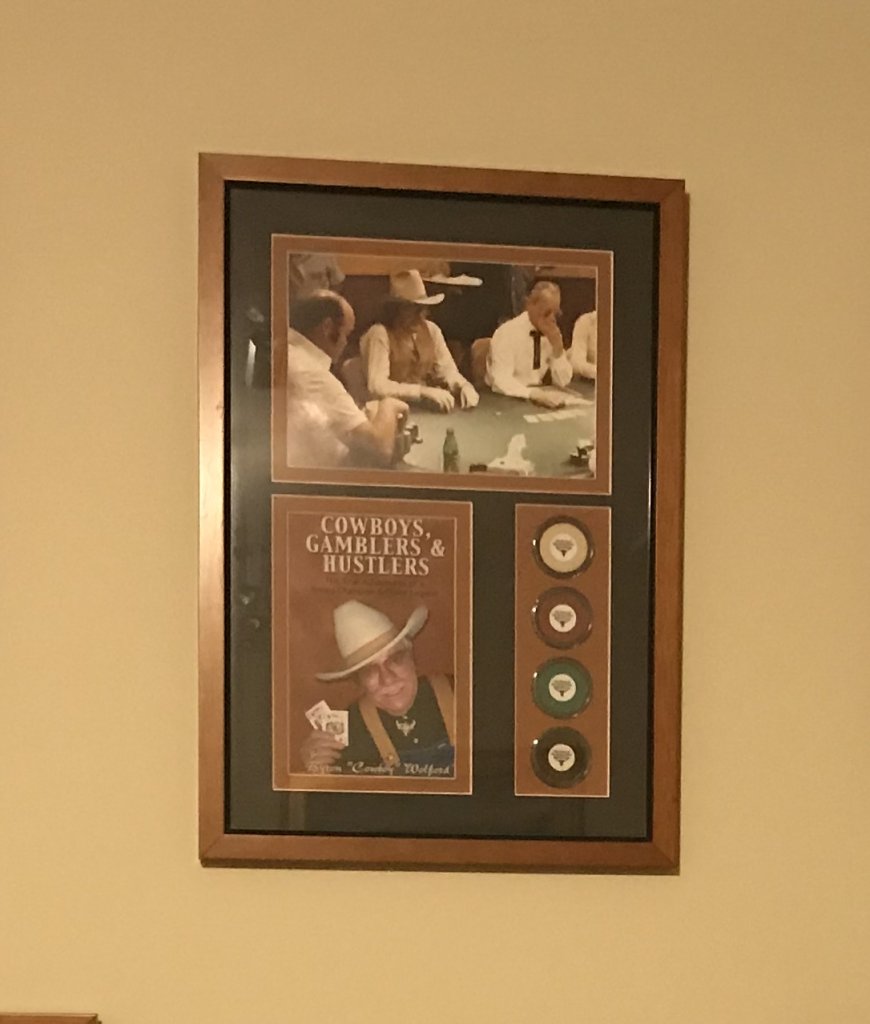 I have a few of them on the way. 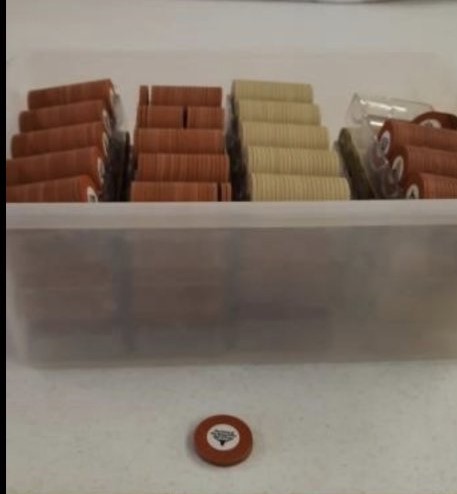 When people would ask Texas road gambler "Cowboy" Wolford if he had played poker all his life, he'd say "not yet."

His sense of humor, flamboyant and authentic cowboy outfits and horse sense made him one of poker's most endearing figures. His tenacity, ability to pull off incredible bluffs and his staying power in marathon sessions made him one of the game's most enduring players.

Byron "Cowboy" Wolford, a former pro rodeo rider who helped popularize tournament poker in its infancy and placed second in the 1984 World Series of Poker championship, died Tuesday in Dallas. He was 72.

"He was a true cowboy and one of the old-time gamblers who stayed true to the game," Las Vegas gaming analyst and friend Larry Grossman said. "Cowboy loved the action and was a fixture at the World Series of Poker at Binion's Horseshoe since its earliest days."

In her recently published book "Championship Table," Dana Smith chronicles some of poker's greatest players, including Wolford. She quotes him talking about his good nature and a bit of poker philosophy:

"I'm usually real polite to poker players, you know, but this one guy just kept going on and on ... Finally I said to him, 'Like my daddy told me years ago, I'd rather hear a sucker holler than a pretty gal sing.' "

Wolford, who authored the book "Cowboys, Gamblers & Hustlers" about his high-stakes backroom poker exploits from Houston to Shreveport, La., in the 1960s, came within a whisker of winning the title at the Horseshoe in 1984.

At the final table, where the game was no-limit Texas hold 'em, in what became one of the classic moments in World Series of Poker history, he bluffed chip leader Jesse Alto out of a $200,000 pot.

Wolford then squared off against Jack Keller, a hard-luck Philadelphia gambler who had only recently moved to Las Vegas. Keller won that showdown when
his pocket 10s held up against Wolford's pair of sixes.

In 1991 Wolford overcame a string of runner-up finishes to win the limit hold 'em world title, a preliminary event at the World Series of Poker.

But Wolford may best be remembered for another of his many bridesmaid finishes.

Born Sept. 14, 1930, Wolford was raised in Barbers Hill, Texas. He began playing poker with friends at age 6 and won his first calf-roping title at age 11.

He became a mainstay on the pro rodeo circuit from the 1940s through the early '60s and was elected to the National Rodeo Cowboys Hall of Fame.
Throughout his calf roping career, Wolford regularly ran big poker games out of his hotel room.

Wolford once lost his prize roping horse Glass Eye in a poker game. But he came back in another game to win a horse with three aces. He named the horse Ace and won a Canadian calf roping championship aboard him, according to Smith's account in "Championship Table."

"Nobody believes there are still professional cowboys," Wolford said in an interview from the early 1980s. "We may be a vanishing breed, but a few of us are still holding on to that way of life."

In the 1960s Wolford opened the Redman's Club in Dallas, where he hosted high- stakes poker games.

In the 1970s Wolford frequently came to Las Vegas to play in the World Series. His colorful style and wardrobe attracted the so-called railbirds around his games and helped popularize poker as a spectator event. Today the World Series is one of the largest of many tournaments on a world tour.

It also looks like Wolford was convicted for federal bribery charges at one point.

Very cool. Congrats and thanks for sharing this.

The pr0n is here!

I love chips that come with stories

BamaT8ter said:
The pr0n is here!
Click to expand...

I knew I should have bid a little harder on these.
Congrats on the win.

i'm nobody said:
I knew I should have bid a little harder on these.
Congrats on the win.
Click to expand...

I wondered if I was the only one who’d seen them.
You must log in or register to reply here.