The guy who runs a local home game that I have played in for over 10 years is friends with a producer at the local cable TV station. So when the idea was put forth to create a poker TV show, Bristol Street Poker was born and I was lucky enough to be included.

We have been shooting all week. The schedule was a little aggressive and filming has gone on until 3 am every night so I am pretty worn out. It all wraps up tonight. But all in all it has been a fantastic experience.

Their equipment has only 8 inputs, so with 4 studio cameras, that left 4 slots for GoPro cameras to record the hole cards. So it was set up as 4 handed sngs amongst 8 different players. 3 preliminary sngs for each player to determine the 4 finalists.

Here are some shots from filming this week. The finals are being filmed tonight.

Selfie of one of the monitors

Studio shot (jacnok who will be in Chicago with me next week, is our dealer.)

Control Room monitor. 11:15 pm, with an entire sng left to shoot after this one ends, the control room crew went a little 'batty'. 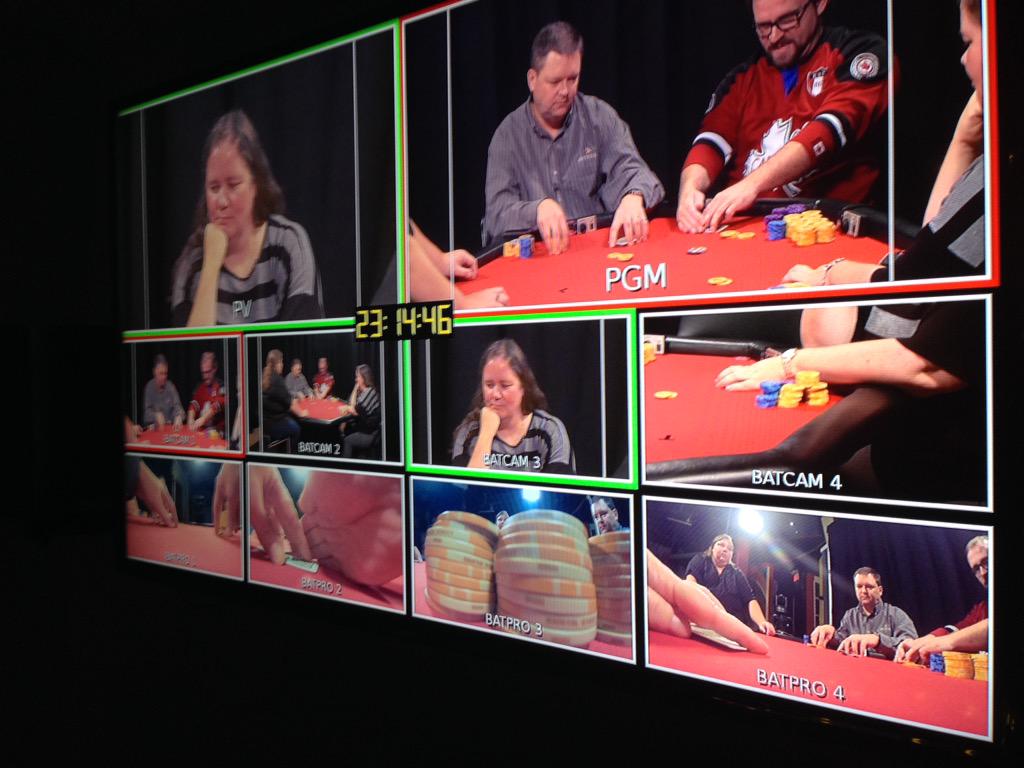 They call from a monitor. Some poor guy has to put in all the hole cards into the computer so they get the hand percentages, preflop, postflop, and on the turn. It is a frenetic job.

Selfie shot by the host

That's pretty awesome. Will have to brush up on Moose intel before DCS. (Assuming I can get this somehow.)

What are those chips? Anything good?

Someone should really tell them about RFID cards.
J

Ben said:
What are those chips? Anything good?/QUOTE]

srsly - come on. post this on a chip forum and nothing about the...you know...chips?
Click to expand...

Those chips and dealer button are sweet!

Ben said:
Someone should really tell them about RFID cards.
Click to expand...

RFID cards. heh. You obviously havent seen the production budget of a typical local cable tv station. I'm guessing the chips were supplied by the players (though I want to see those as well - look like BJs maybe?)

That said, this is pretty friggin cool. This show needs to be pirated and re-distributed on PCF.

What? No Kentucky shirt??

Ben said:
What are those chips? Anything good?
Click to expand...

They would've used cooler chips, but Moose had them shipped to Courage and won't be able to pick them up until DCS. But in the meantime, he asked Courage to inspect them and I'm told they are spectacular.

Awesome, hope you can post a link to the video!

I don't envy the guy that has to plug in the hands into the calculator...eesh.

Chips look like a customized set of the ceramic Jubilee Quarter Pie chips from Unique Poker Chips. I believe those are made by ABCGiftsandAwards. Quite nice chips, actually. 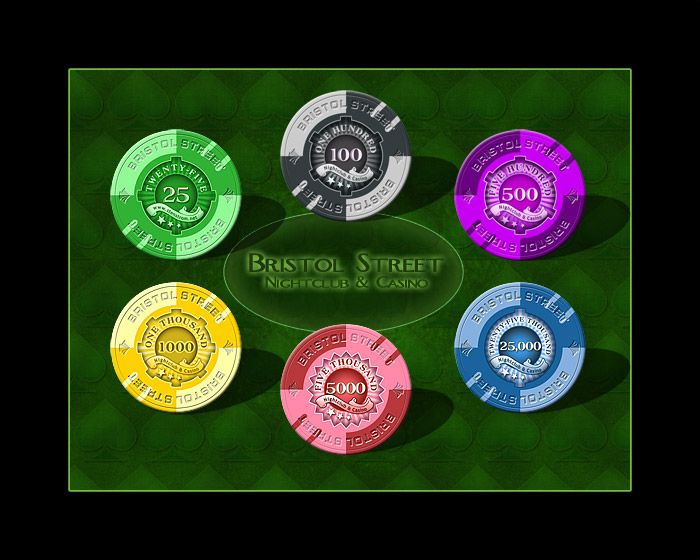 They are not mine but I did put my friend on to the group buy and select all the colours for him.

Awesome! Can't wait to see it!

This is pretty cool.

6 things not to do in a poker tournament televised on local cable TV in Canada.

6) No 'U-S-A' chants. Canadians already have enough of an inferiority complex after almost being annexed by the French twice (once culturally).

5) Don't drink Molson. 55% of the world's population already thinks Canadians bath in beer from Molson. The other 45% are in Africa, China, and India and don't have televisions or maps. Don't perpetuate the myth. I've visited Canada, and I know the real deal - most Canadians shower in whiskey.

4) Don't spend time in between hands looking for better rates at Harrah's. Moose already found them all. Just book your room at Harrah's through Moose.

3) DO NOT RAISE NOOKER. NOOKER WILL PWN YOU LIKE A CHEAP COMMERCIAL GRADE CARPET. TRUST ME. Nooker came in 738th in a 934 person tournament - that means he beat or outlasted 196 people. That's a lot of people. So steer clear of The Nooker

2) Don't try to bluff/steal. Most Canadian money is worth like 8 cents on the dollar anyway, so you need to move to the United States where they'll respect your raises.

1) Ignore this list and do whatever you want. All of the Canadians are watching hockey, anyway.
J

bergs said:
Don't try to bluff/steal. Most Canadian money is worth like 8 cents on the dollar anyway, so you need to move to the United States where they'll respect your raises.
Click to expand...

bergs said:
6 things not to do in a poker tournament televised on local cable TV in Canada.


4) Don't spend time in between hands looking for better rates at Harrah's. Moose already found them all. Just book your room at Harrah's through Moose.
Click to expand...

don't know why they cut in the dice chips which were from some stock clips and not part of the show.

moose said:
don't know why they cut in the dice chips which were from some stock clips and not part of the show.

Not working for me.

The link changed. Try this.

lol, the new post says it's no longer available.

For the rest, all I have is this teaser.

My player profile is up.

‪#‎BristolStPoker‬, and ‪#‎RogersTV‬
You must log in or register to reply here.

Making a slot machine for my casino parties