First off, thanks to all that have posted their table builds and links. I'm not going to post my full build since there are so many other threads that explain the process better than I can. I do want to share an approach I came up with for adjustable, swing-out cup holders though. I was inspired by @Jake14mw post but I didn't have magnets or metal on hand and wanted to see if I could come up with something with what I had laying around the garage. I wouldn't be surprised if someone has done this already, but I couldn't find any examples.

I have an old octagon that I wanted to replace with a round since I never have exactly 8 players. I also didn't want fixed position cup holders and I'm not a fan of the slide under holders.

The cup holder pieces are then attached to the table using a 1/4" carriage bolt inserted into the T-slot and secured with a wing nut allowing them to be positioned anywhere and also to swing in or out. 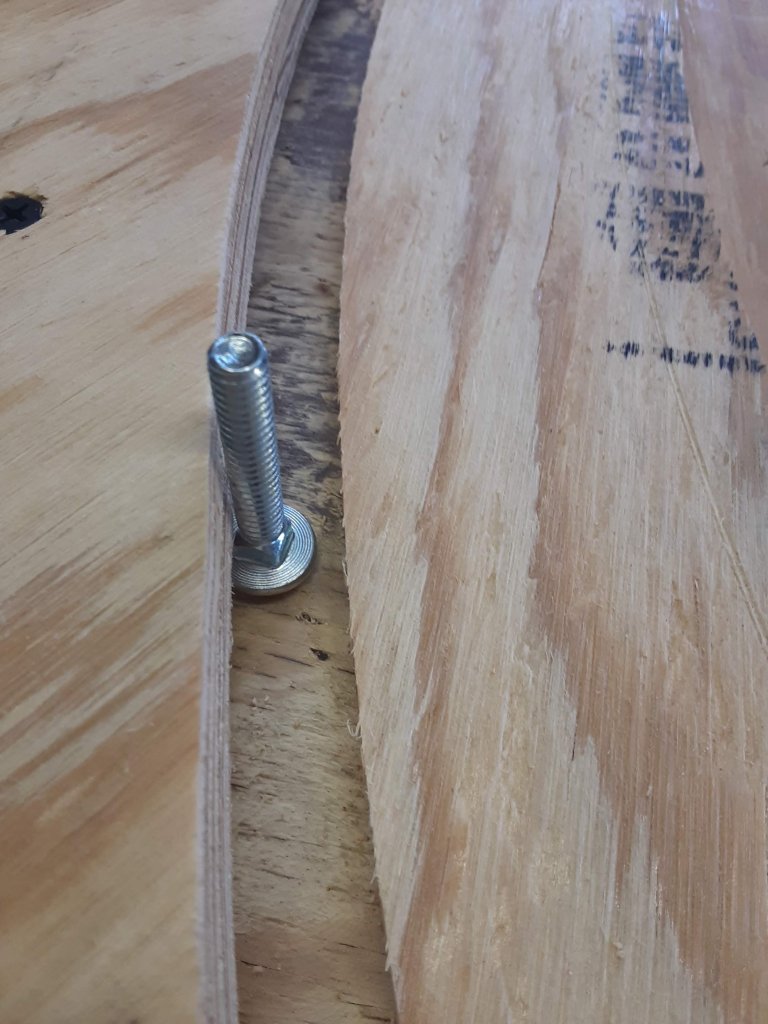 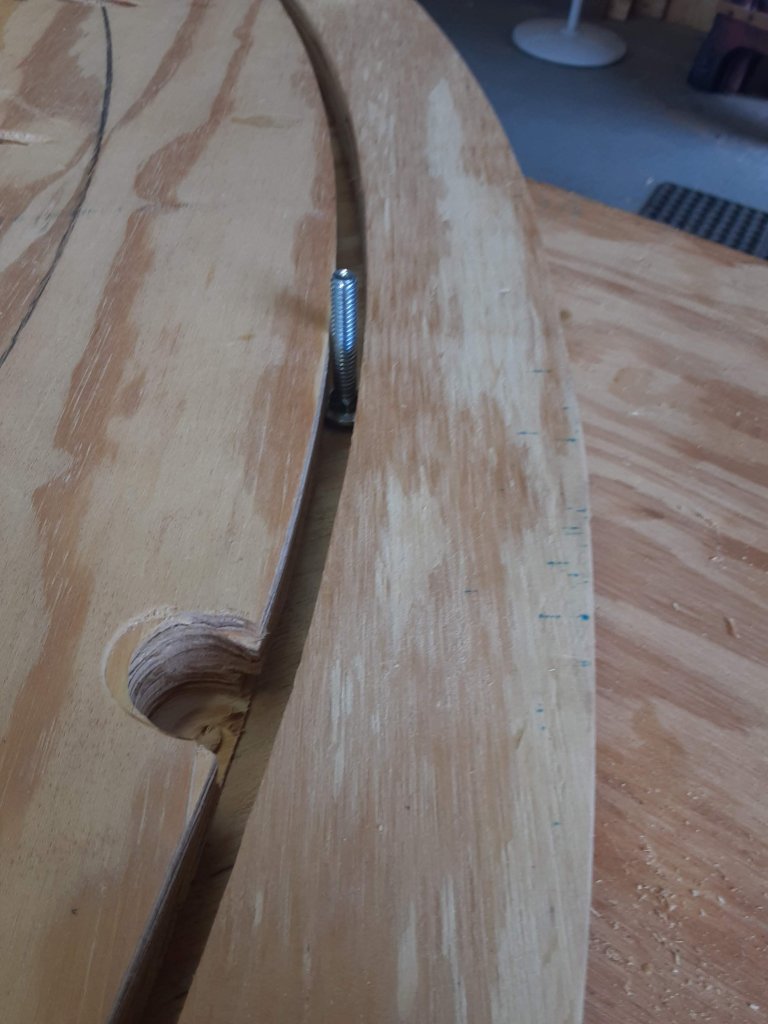 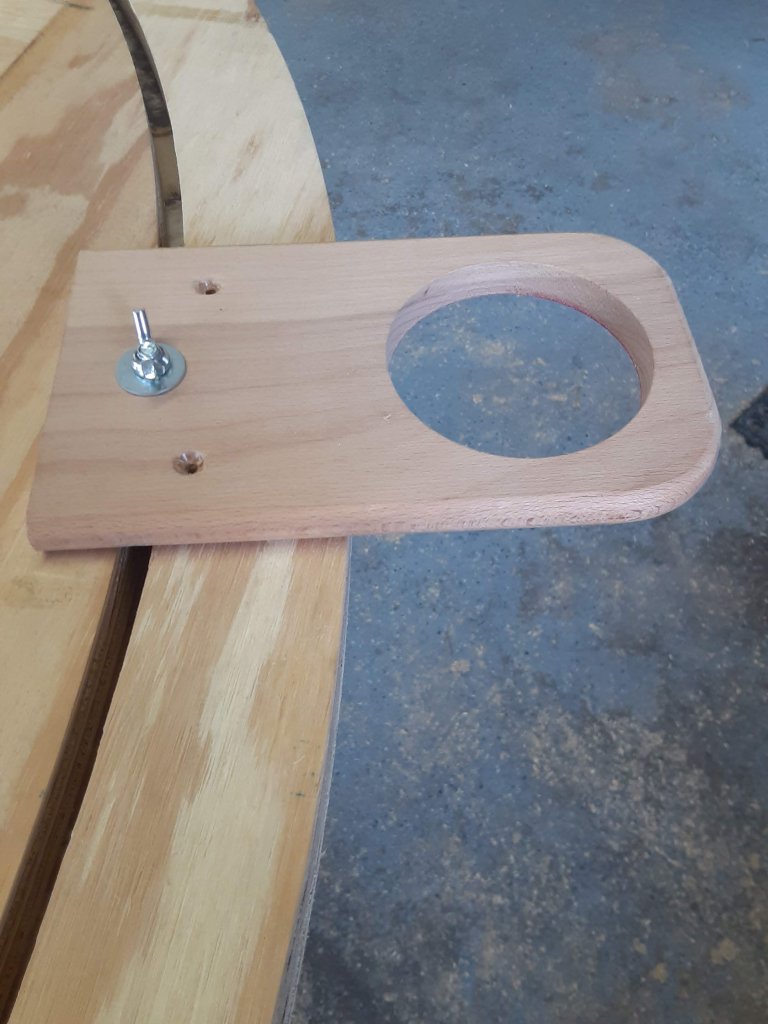 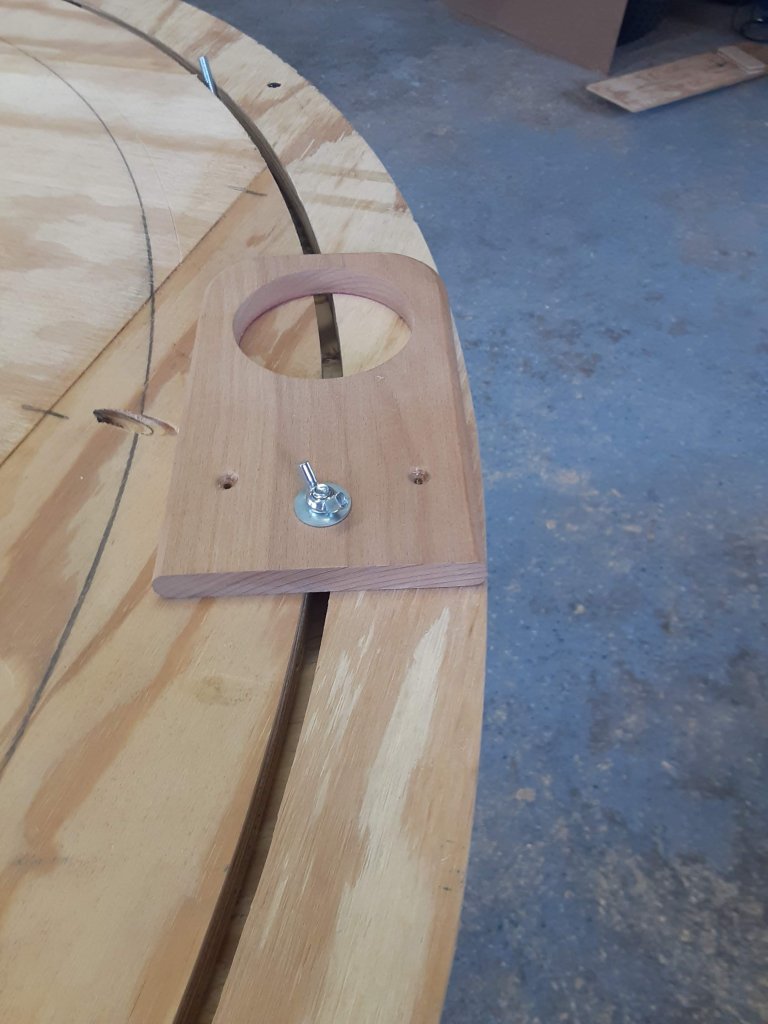 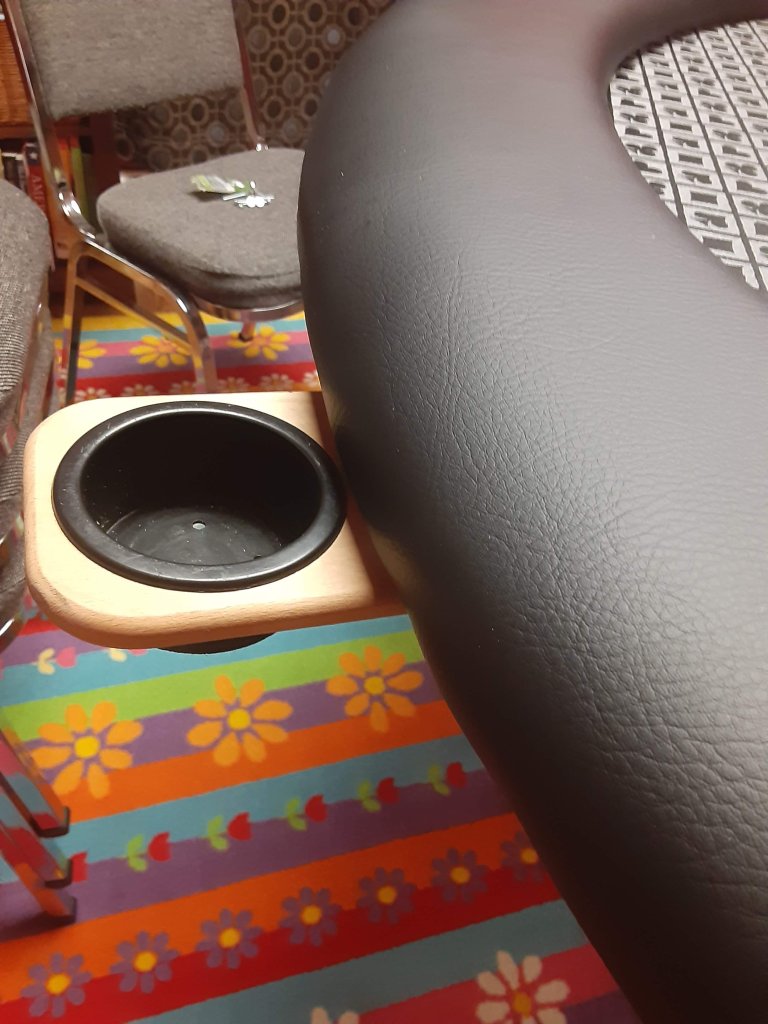 Very cool! I love it. Simple, well thought out design. Allows each person to put cupholders where they want, or hide them away. Meets all my requirements, well done! 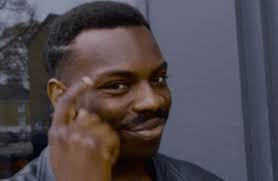 I'm looking to do something similar as I don't like cup holders built into the table or standalone trolleys. I thinking of going a little bigger so as well as a cup holder I'll have a bit of space for phones/keys/snacks etc.

Great idea! Easy and simple. Niiiiiiioce.
You must log in or register to reply here.