Poker players sick of being enclosed in a plexiglass bubble while playing in Las Vegas are getting welcome news: the transition away from the dividers has begun.

Wynn/Encore is the first to begin removal of the plexiglass dividers that previously shielded each player and the dealer into their own personal space, according to the local Vegas FOX outlet. They're able to do so after getting clearance from local gaming authorities to bump up to 100% occupancy.

While the FOX5 report mentioned the removal of plexiglass from table games and slot machines, PokerNews confirmed with the property's poker room that the removal extends to poker. The plan as of Tuesday was for Wynn Signature Series events starting Wednesday and later to play plexiglass-free, though they'd remain eight-handed. "Some cash games" were also already being dealt with no dividers.

According to FOX5, nearly 90% of the properties' employees have been vaccinated thanks in part to a partnership with the local University Medical Center for on-site vaccinations. Employees and guests will still be required to wear masks indoors due to a statewide mandate.

The news coming out of the Wynn follows a major announcement last month from the governor's office that outlined a plan for removal of social distancing on May 1 and 100% capacity in all businesses by June 1.

However, nothing much seemed to be changing on the poker front. Even the Wynn, when reached by PokerNews in late April, didn't report any planned changes in response to the announcement.

A couple of other poker rooms responded to queries in similar fashion. Venetian said they "didn't have any updates to share," while Golden Nugget provided the following on April 26:

“We currently offer eight-handed games with plexi dividers in our poker room," said Chris Latil, senior VP and general manager of the property. "No changes to current guidelines have been announced by [Nevada Gaming Control Board]. When and if guidelines are revised, we will adapt our business practices accordingly to remain compliant.”

Demand Could Grow for $10M Guarantee​

Wynn already ranked as one of the more popular Vegas rooms, and that only figures to be magnified for players wishing for a more "normal" poker experience who finally have that option.

Those players who have been waiting for that experience in a big tournament will have their chance with this summer's $10M guaranteed Wynn Millions. Unless things take a drastic turn for the worse COVID-wise in the coming month-plus, that series figures to be played under the same conditions with which the Wynn is finishing its current Signature Series.

With Wynn having gotten the go-ahead for divider-free poker, the only question that remains is how soon competitors will follow suit. Big tournament series are sure to be scheduled throughout Las Vegas both this summer and in the fall around the coming World Series of Poker, so poker players will be eager to see what the playing conditions are like at each property.

They don't have a poker room, but the Plexiglass has been coming down at the Cosmopolitan since May 1.

Since the Governor's lifting of the occupancy restrictions, and shifting social distancing to 3 ft. (with masks), the NGC gets final say on whether a casino can remove the barriers. The NGC said 100% open if you reach a certain vaccination level. Clark county has also said everything will be opened to 80% once 60% of the population has gotten the vaccine.

Both the Wynn and the Cosmo had on site vaccinations. The Cosmo offered one million dollars spread amongst the entire staff, if 80% got the vaccine. Those that got the vaccine were also entered into a drawing for $10,000, if they hit 85%.

In Las Vegas, anti-vaxxers and vaccination cowards have to think twice before putting on their tin-foil hat.

"Why didn't we get the bonus?"

"Bob didn't want to be a sheeple"

"Time to take Bob on an mob-style trip to the desert."
S

I kind of like them. It made it real easy so you didn't have to square up or ask people to move over.

I’m excited for shoulder to shoulder full ring tables next month when we go out, particularly tournaments. Live reads and conversations don’t exist with dividers.

The dividers are terrible. Hasn't stopped me from playing, but I have to say I am looking forward to their removal

Most poker rooms in Tampa don't have plexiglass, only hard rock

Nanook said:
The dividers are terrible. Hasn't stopped me from playing, but I have to say I am looking forward to their removal
Click to expand...

Any word if our place is taking them down?

Getting easier to decide where you want to play .

JustinInMN said:
Any word if our place is taking them down?
Click to expand...

Yes, they are coming down on May 28. Rumor has it that they will be going to 8 handed, but not 9 handed anytime in the near future

Nanook said:
Yes, they are coming down on May 28. Rumor has it that they will be going to 8 handed, but not 9 handed anytime in the near future
Click to expand...

Thanks, I will hope to get a chance to check it out.

JustinInMN said:
Getting easier to decide where you want to play .
Click to expand...

Not really, since I play PLO and only 2 of the 4 local rooms get games on a regular basis

A great sight to behold. 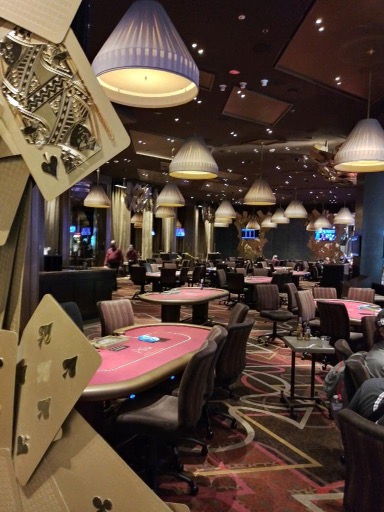 Ah, the pleasure of being able to smell the sloppy drunk guy sitting next to you again.

I didn't like the dividers, but I will freely admit they came with certain perks.

Poker Zombie said:
Ah, the pleasure of being able to smell the sloppy drunk guy sitting next to you again.

I didn't like the dividers, but I will freely admit they came with certain perks.
Click to expand...

I'd be ok staying 8 handed at least

PA casinos are mixed - some feel like you’re playing in a plexiglass jail, and others have no dividers, just limited to three people per table for most table games.

BigChief said:
PA casinos are mixed - some feel like you’re playing in a plexiglass jail, and others have no dividers, just limited to three people per table for most table games.
Click to expand...

Who wants to play 3 handed? That sounds like poker hell

Most poker rooms are still closed. These are just for table games like 3-card poker, blackjack, etc. 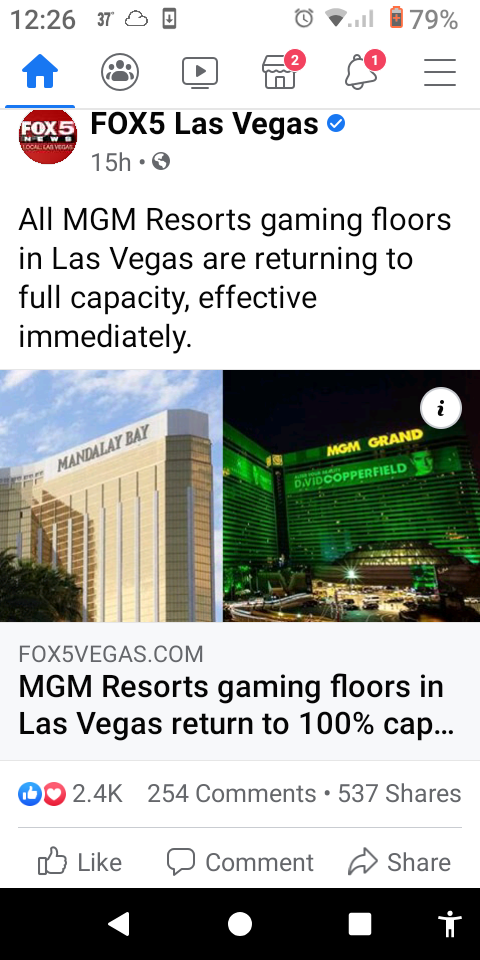 CDC an hour ago says vaccinated people don't need masks outdoors OR indoors - with very specific carve outs for buses, planes, hospitals, prisons and homeless shelters. They did NOT carve out casinos - so masks are going bye-bye in very short order.

We’re slowly getting there

I went to my local casino in PA on Saturday and masks were not required for vaccinated people. Poker room still closed and table games still limited to three players.

nitzilla said:
We’re slowly getting there

Does this mean the tables/table felt will need to be replaced?

WHAT ARE THEY DOING WITH THE TRASH

DUMPSTER DIVE TIME!
You must log in or register to reply here.