As I posted in the Meet in the Suite thread I arrived late to the party as as I was trying to spend Father's Day with my kids. I had booked a late night flight into Vegas, however Southwest had other ideas and moved my flight up 8 hours! So instead I had to leave my house at 9 in the morning, hop on a plane from Memphis to Chicago. There I dropped off my 6 year old with his grandparents to spend a week with them and then enjoyed the 2 hour delay before arriving into Vegas yesterday at 530pm. My 6 year old got quite the first night as my parents had tornados touch down less than 20 minutes from their home!

Unfortunately that wasn't the end of the travel runbad as it took 2 hours of standing in line at the rental counter to get a car. Then because I arrived to the hotel late the Diamond check in line was closed so I ended up having to wait in another long line to check in to the hotel. However, I was able to meet up with @Schmendr1ck at this point. As I hadn't eaten we ended up heading straight to dinner, Mexican. We inquired about how big the $20 nachos were and the waitress said enough for 2. We were skeptical, but decided to split it. She wasn't wrong and for the record the nachos won.

After all day of traveling I wanted to just chill and take it easy so we grabbed a seat in the Ballys 1/3 game. I managed to get half the stacks in with KK vs. top pair, turn he binks his two pair and I rebuy. Later get it all in vs. a guy who I though was EU based on his accent with AK. Bink my A and double up. I win someore pots and go from stuck $400 to up $500. Then I get coolered by Mr. EU when I hit top pair of Js with AJ and call all 3 streets. His QQ is good to double up through me. A few hands later I defend the BB with J9cc and CR, bet, bet a ccc board. EU calls the whole way with K4cc.... We had about $400 more behind and I am thankful to save the remainder of my stack. EU locks up after this, pulls out his computer to play on WSOP online and that's the game gets very meh.
We play for a while longer and call it at 230am or 430 for me after being up 21 hours 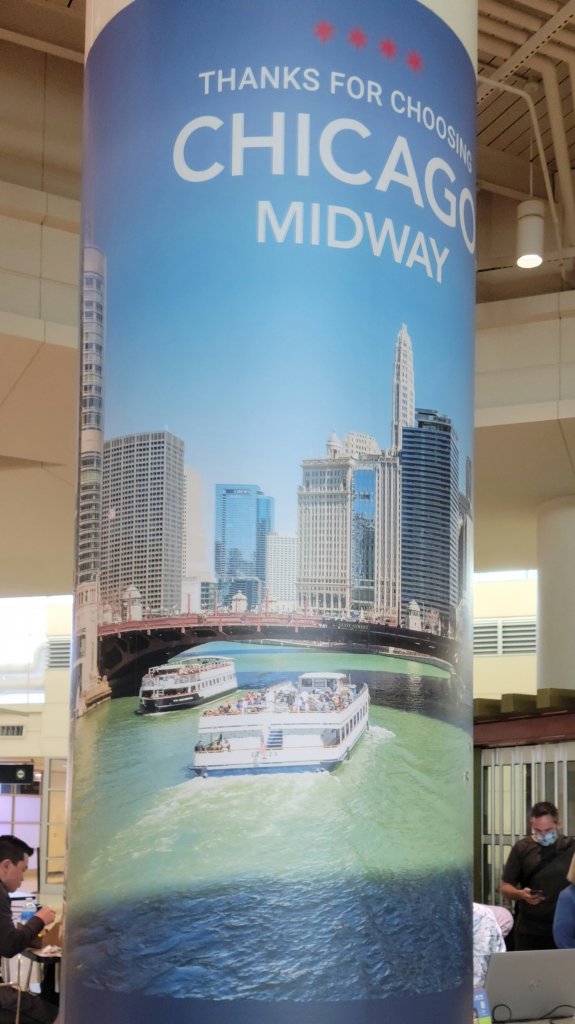 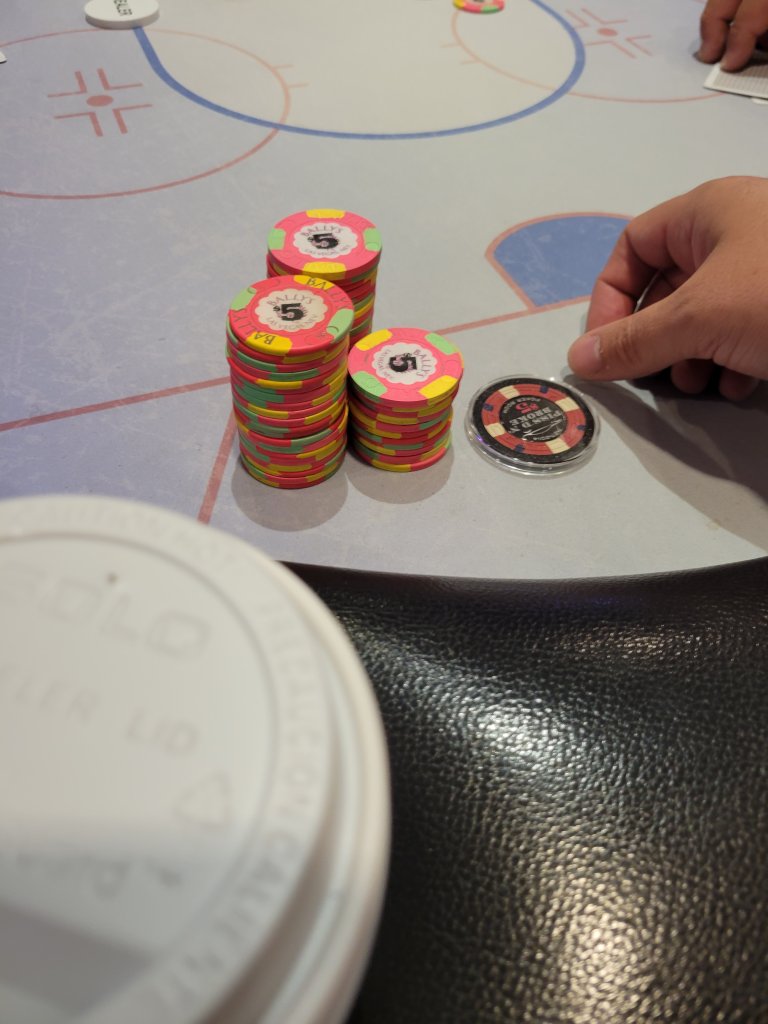 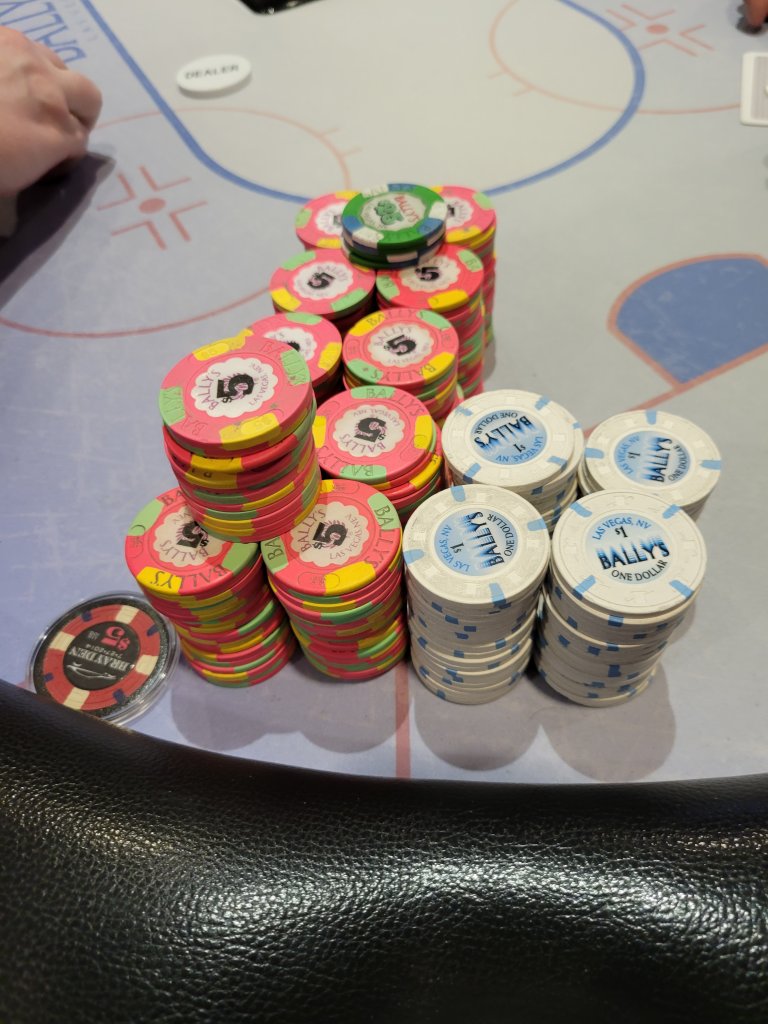 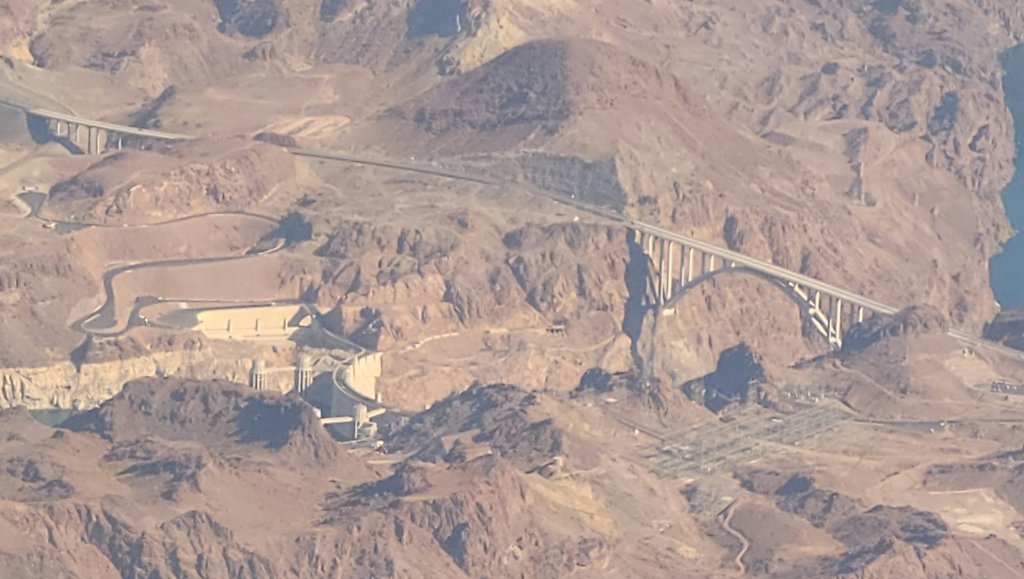 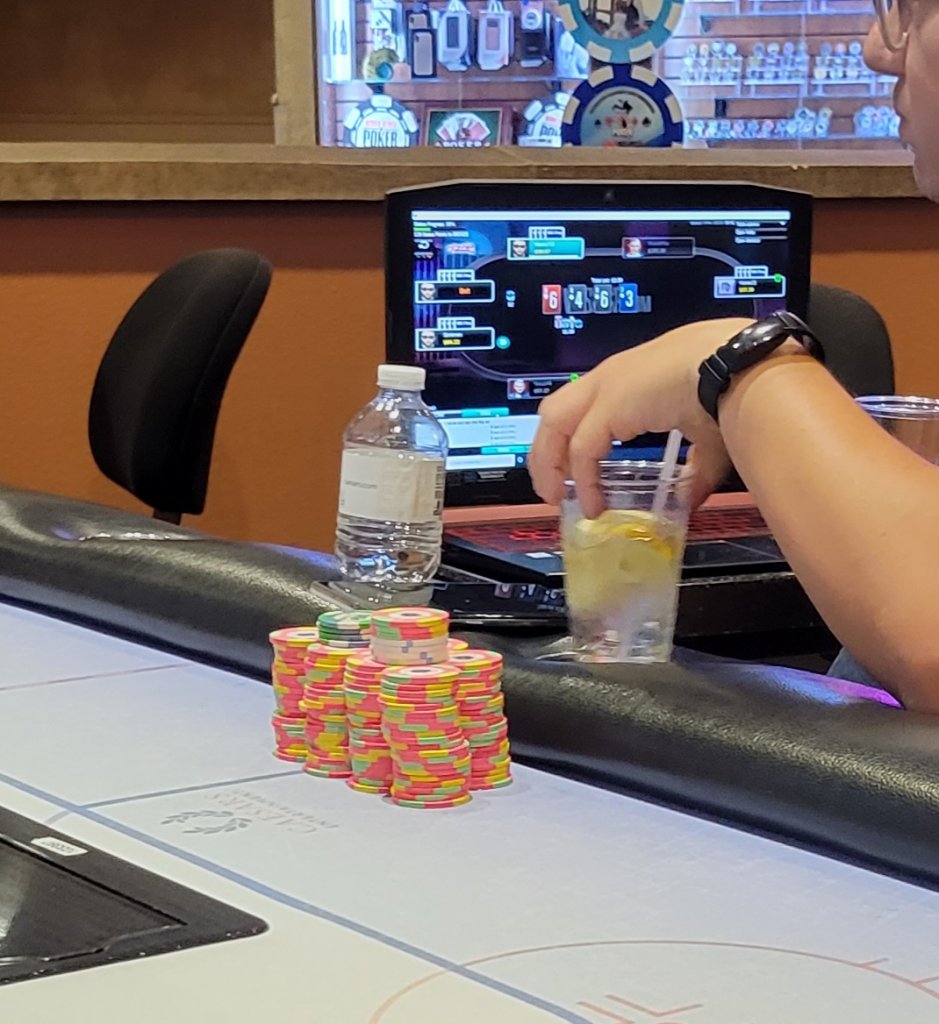 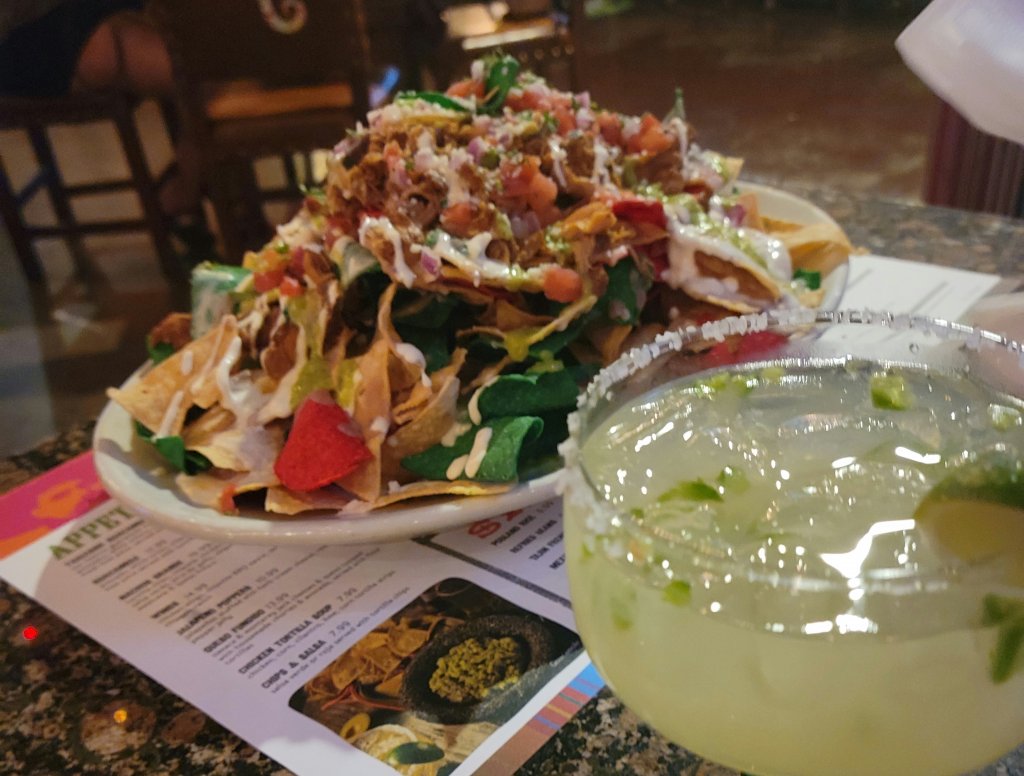 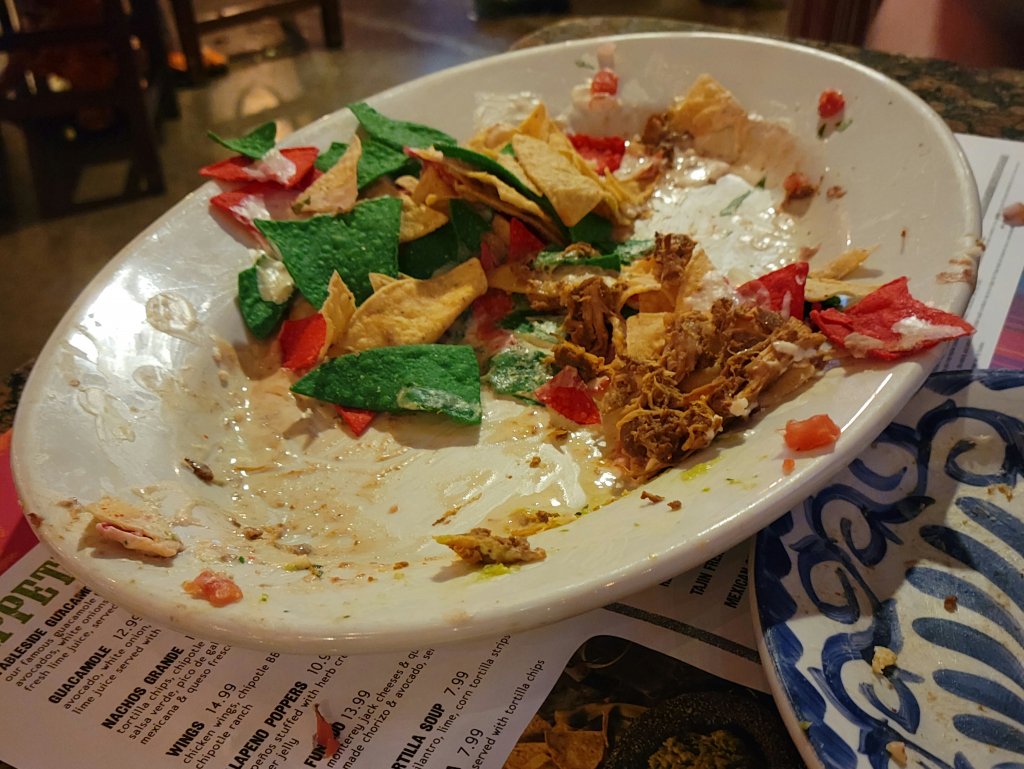 Nachos look amazing! Glad you finally made it!! Hope the reat of the trip has improved run good!

Stopped at the Peppermill and after waiting 70 minutes got a delicious breakfast. Then headed over to the Bellagio and got in a $5/10 session. Needless to say it went well Had a Dan Harrington sighting as well. 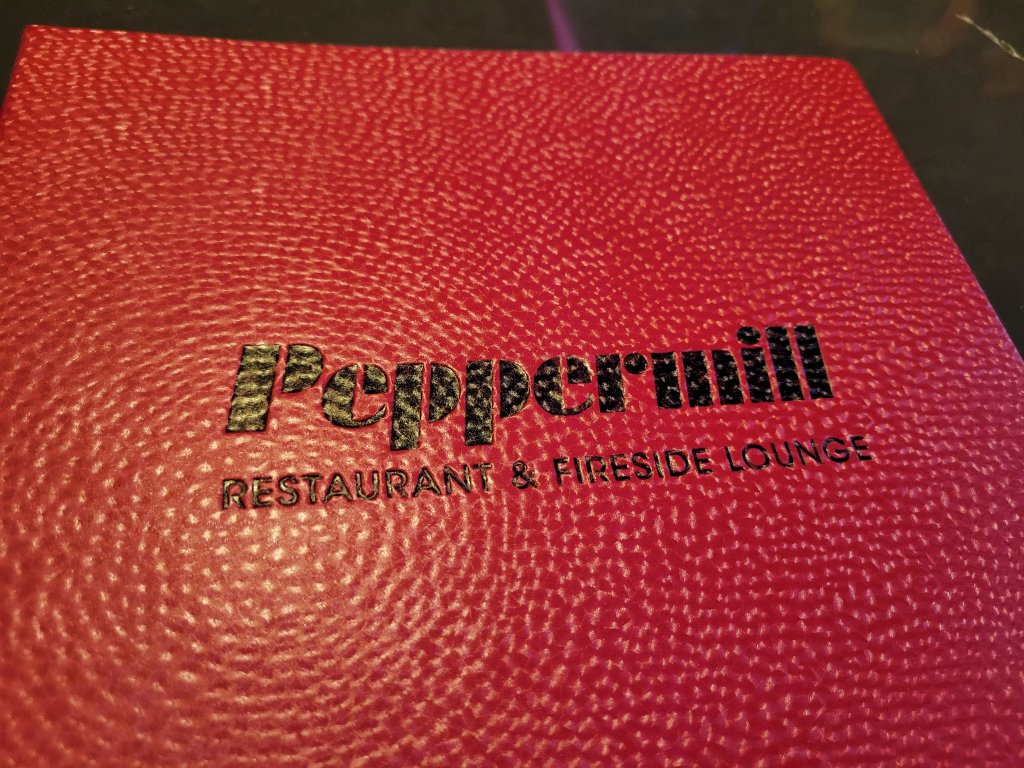 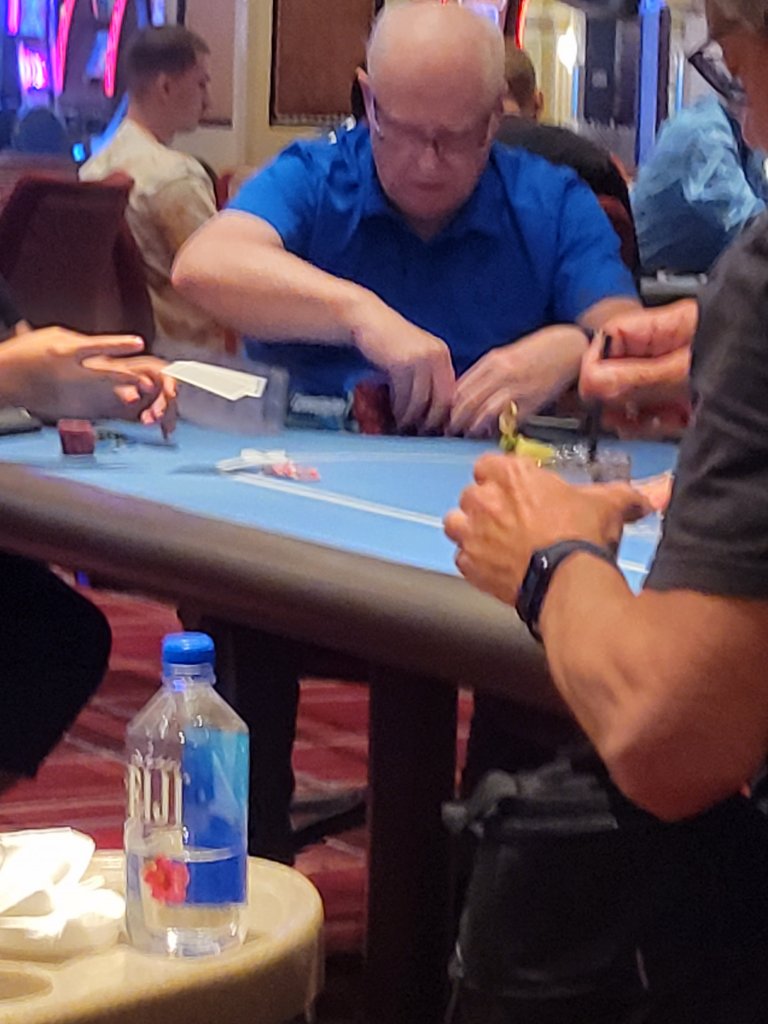 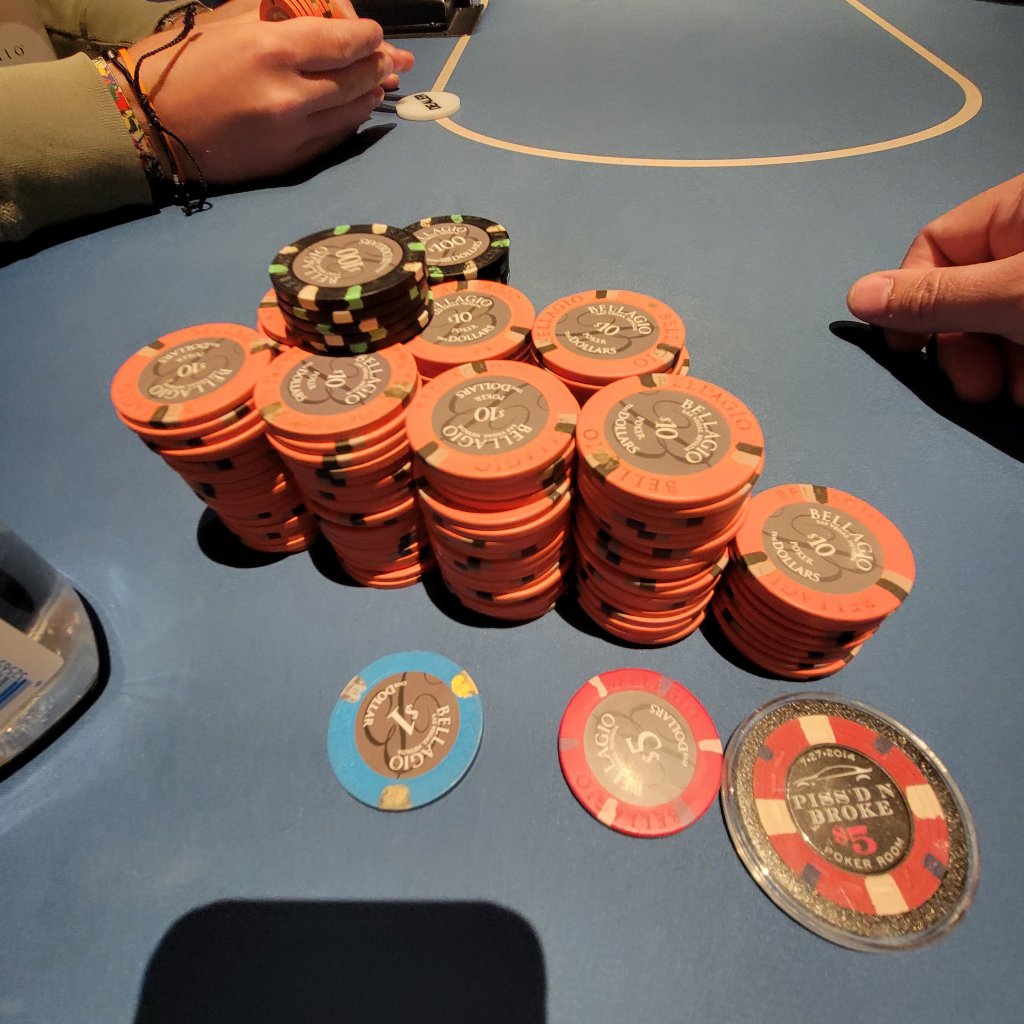 Payback said:
EU locks up after this, pulls out his computer to play on WSOP online and that's the game gets very meh.
Click to expand...

This was one of the weirdest and rudest things I have ever seen at a poker table. The dude literally just whipped out a laptop and started playing that game while doing little bit taking up a seat in ours.

Yesterday, I needed rakeback to make a profit in the poker room. I played a few hours at Planet Hollywood and cashed out -$12. 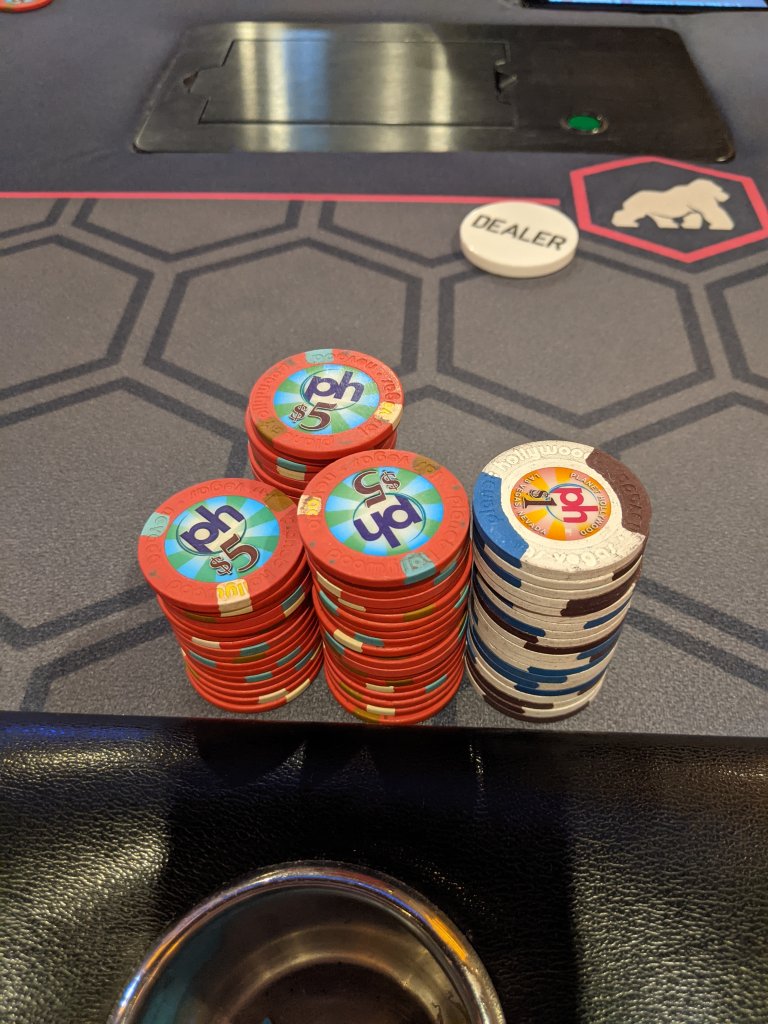 In my evening session at Bally's, I cashed out for -$2 and a pair of stinky armpits. The air conditioning was on the fritz and for a good part of the evening it was probably 80 in the poker room.

We also found out that Bally's had no jackpot of any kind even though they take $2 from each pot. That money goes to food comps and free rolls for the local regs.

Guess it’s going to be too much to ask to see the entire layout of the ice rink. Guessing a VGK logo but curious. 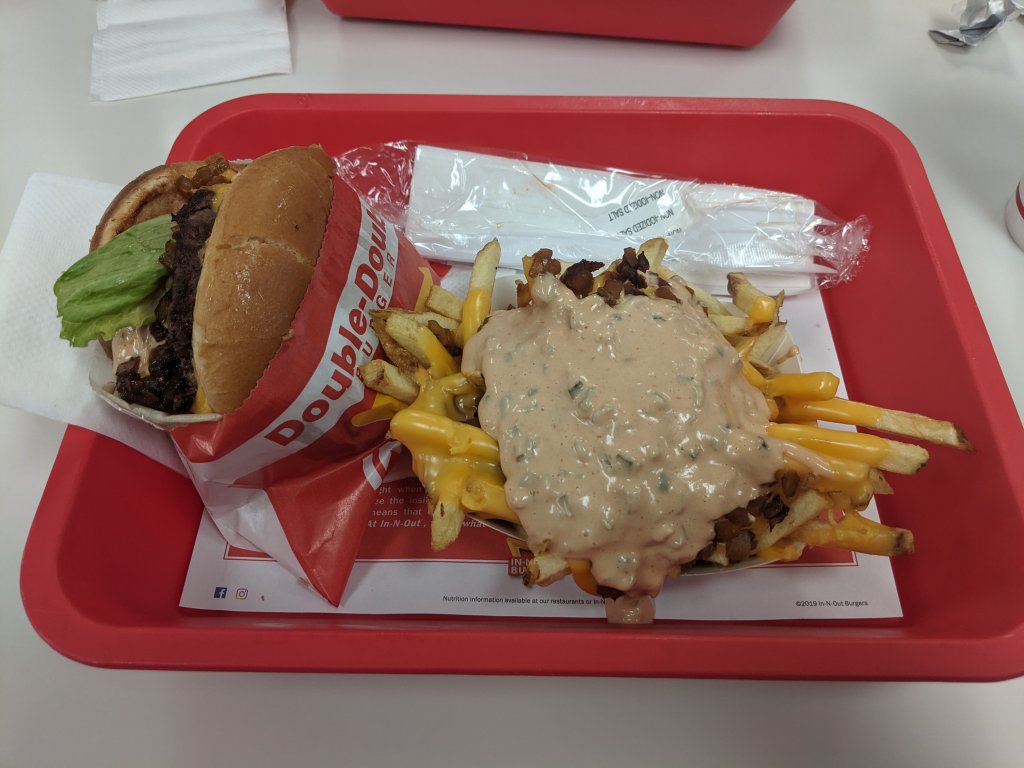 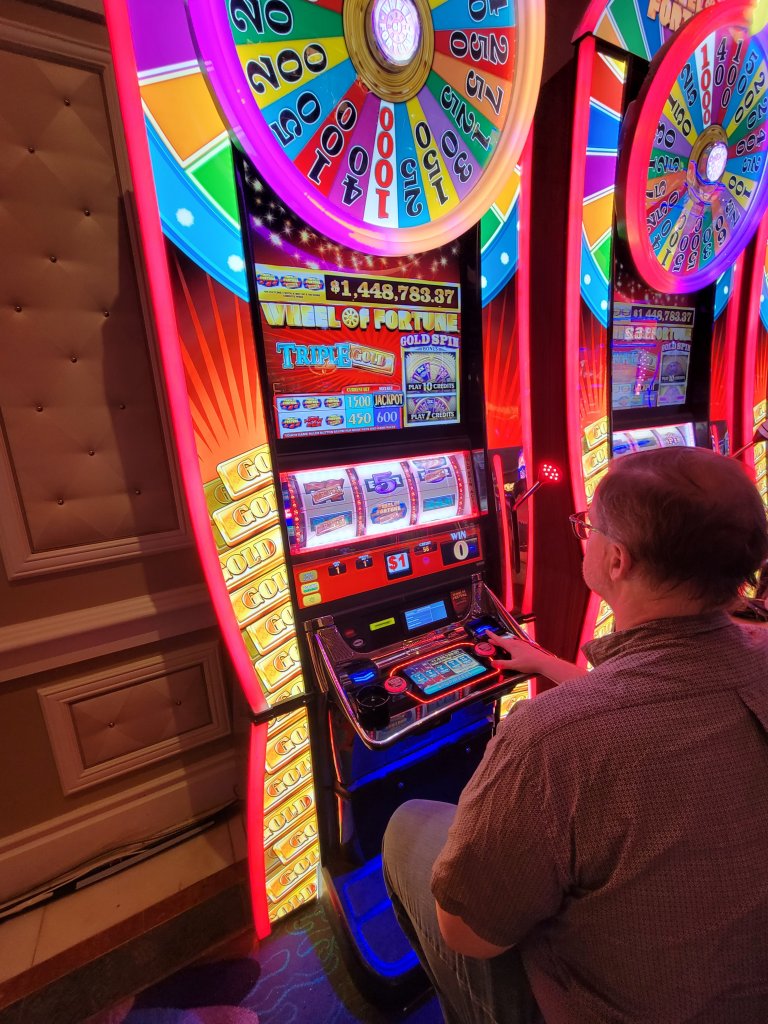 Came to play PLO, but holdem opened up first so yeah... Here we go! 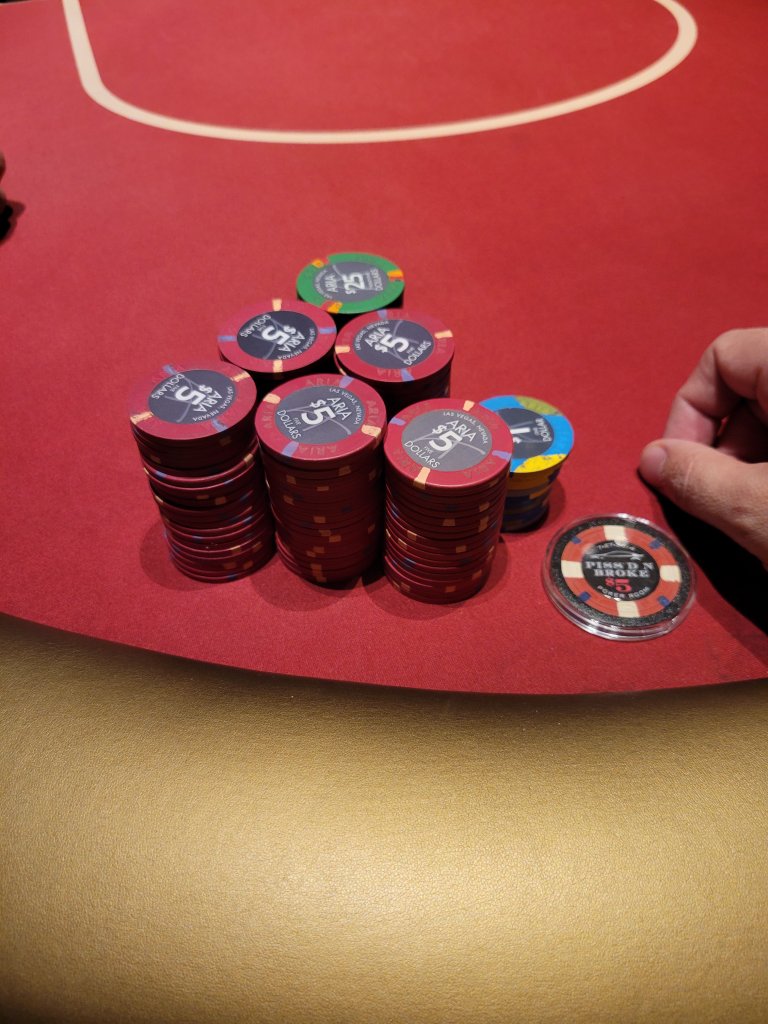 Also, wtf is this shit? 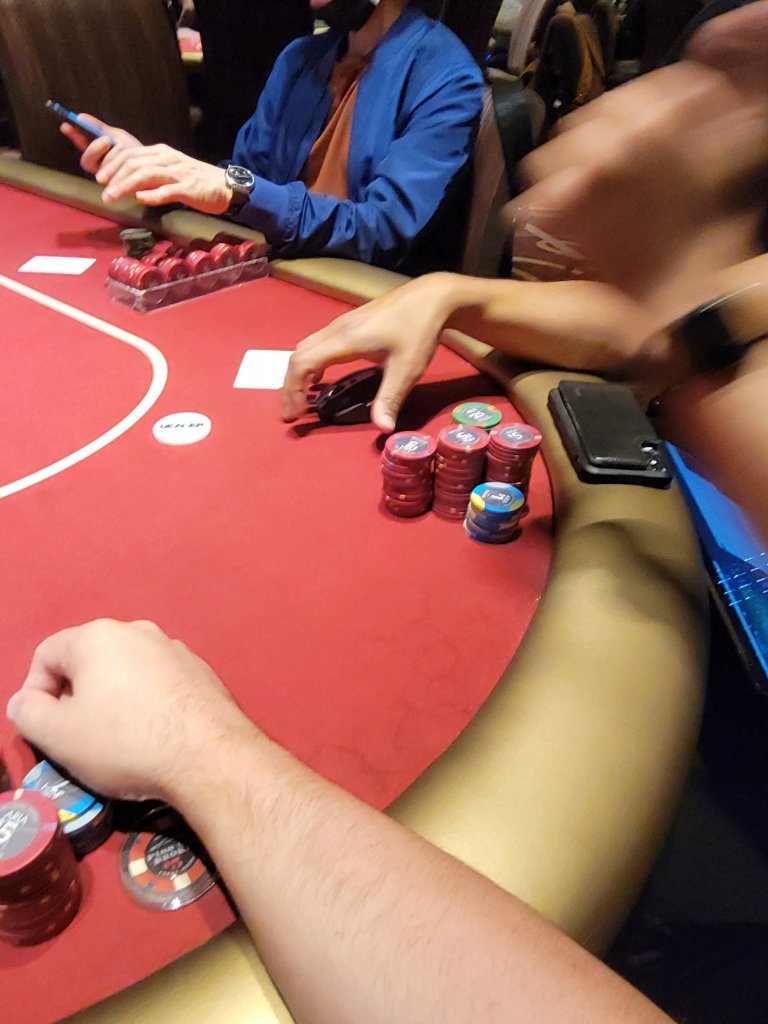 Couldn't get much going at Bellagio 1-3 today. Most of these chips disappeared before dinner. 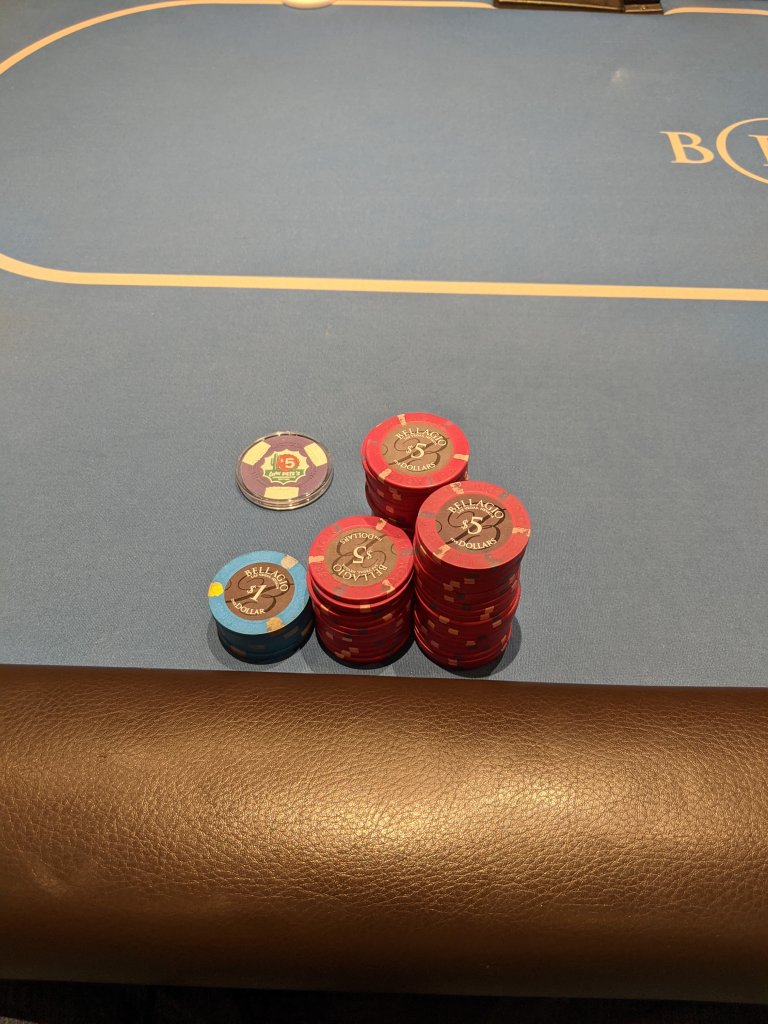 Now slumming at the 1-3 while @Payback plays with the computer wizard. 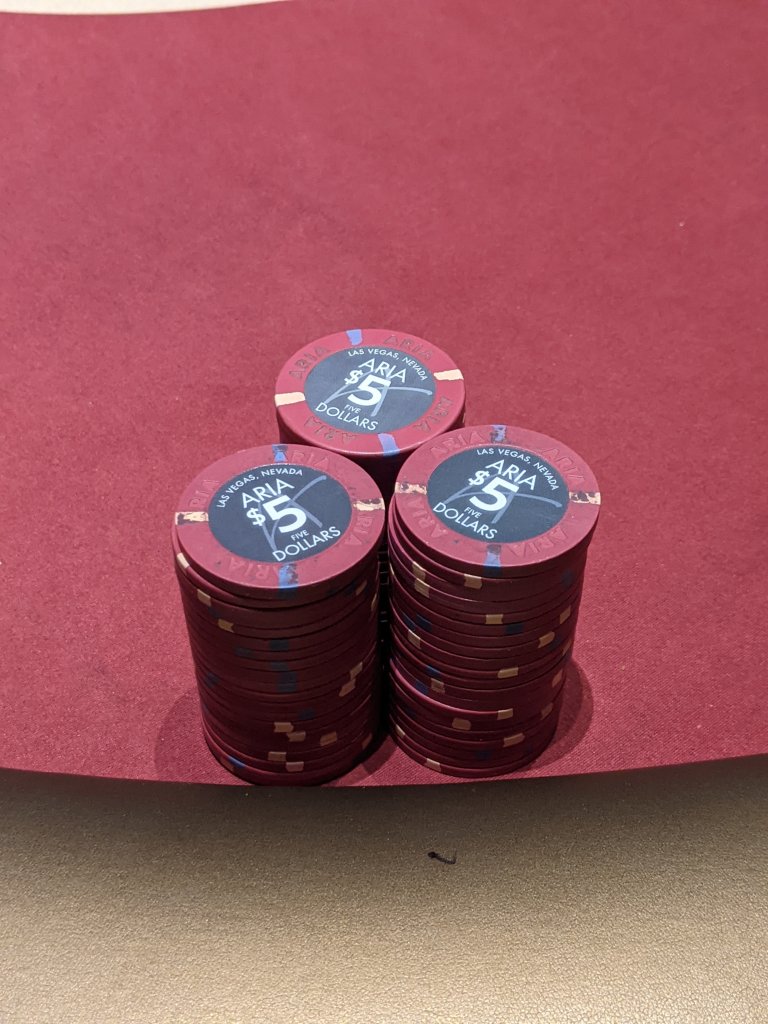 
Also, wtf is this shit?

The 1/3 PLO at Aria was very soft the night I played. Lots of money committed with questionable hands. You should do well.

k9dr said:
The 1/3 PLO at Aria was very soft the night I played. Lots of money committed with questionable hands. You should do well.
Click to expand...

They called me for PLO and I stayed at holdem as this game is full of action. If the game gets bad I'll switch over.

AAJ9 AIPF vs his QQKx 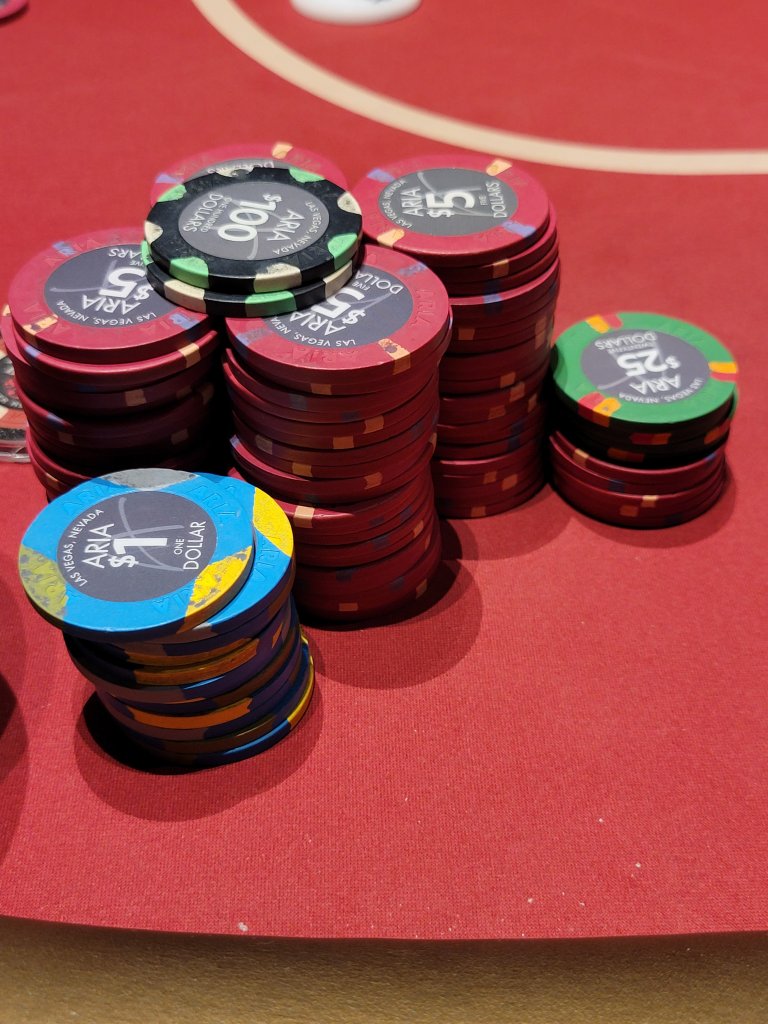 This is what folding at $3/orbit looks like..... Had very few starting hands, and even few pots pushed for HOURS. Meanwhile we watched the table fish make the nuts ~70% of hands. 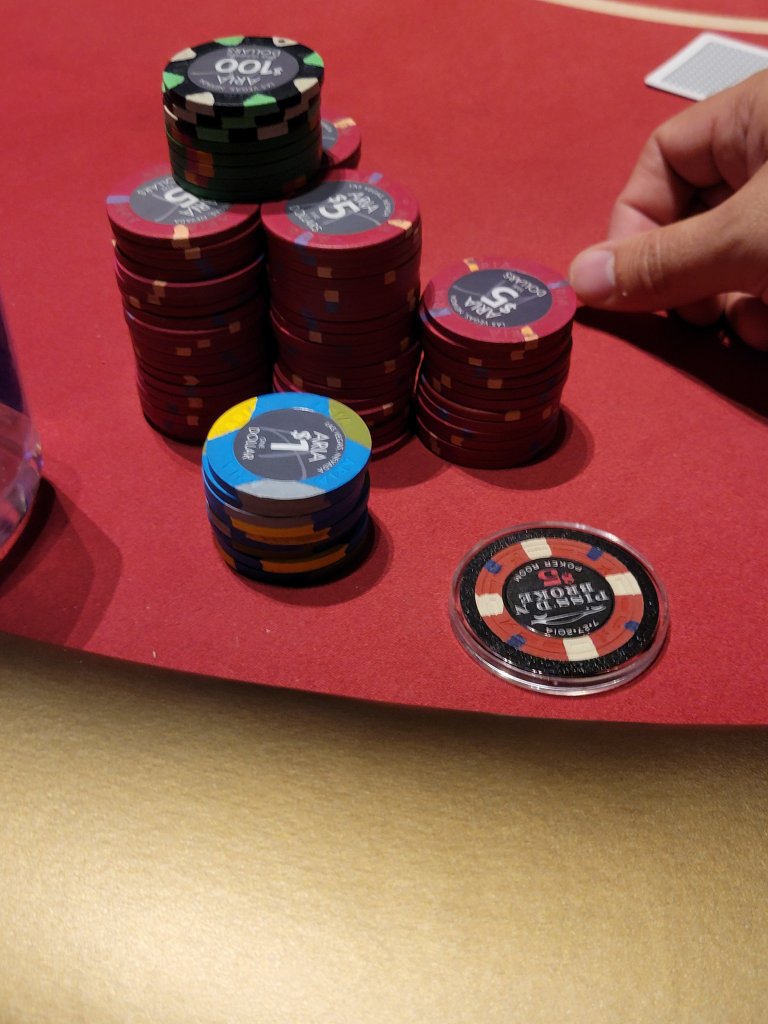 Literally the next hand, another fine sample of my starting hand quality. 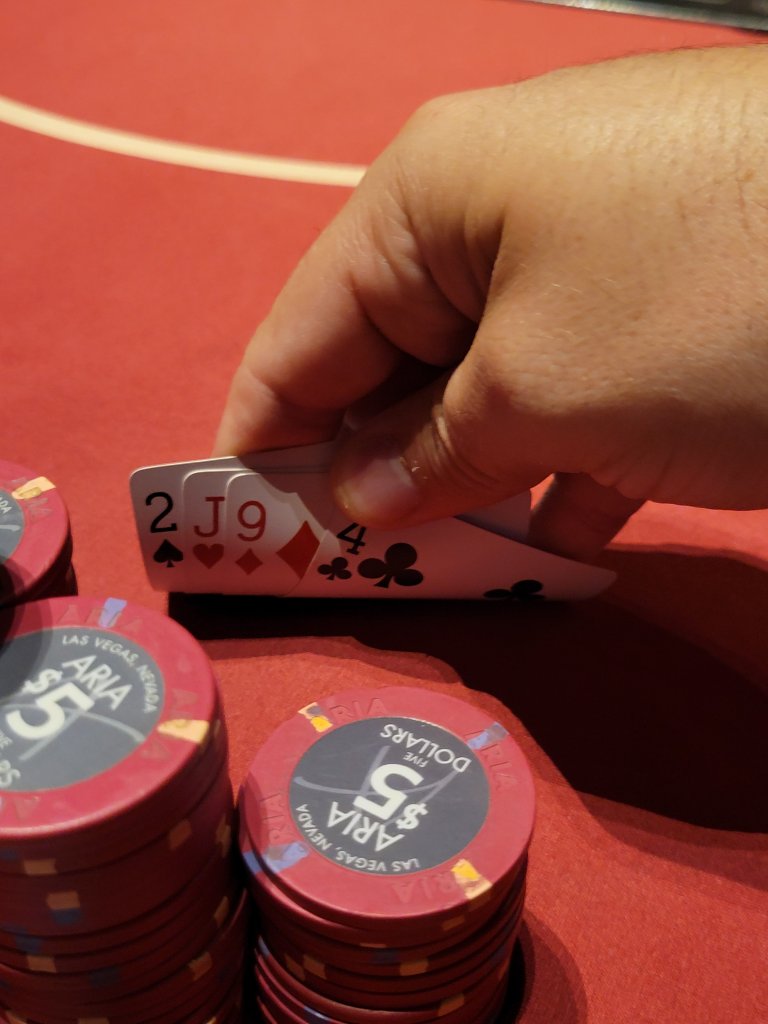 Payback said:
This is what folding at $3/orbit looks like..... Had very few starting hands, and even few pots pushed for HOURS. Meanwhile we watched the table fish make the nuts ~70% of hands. View attachment 724556
Click to expand... 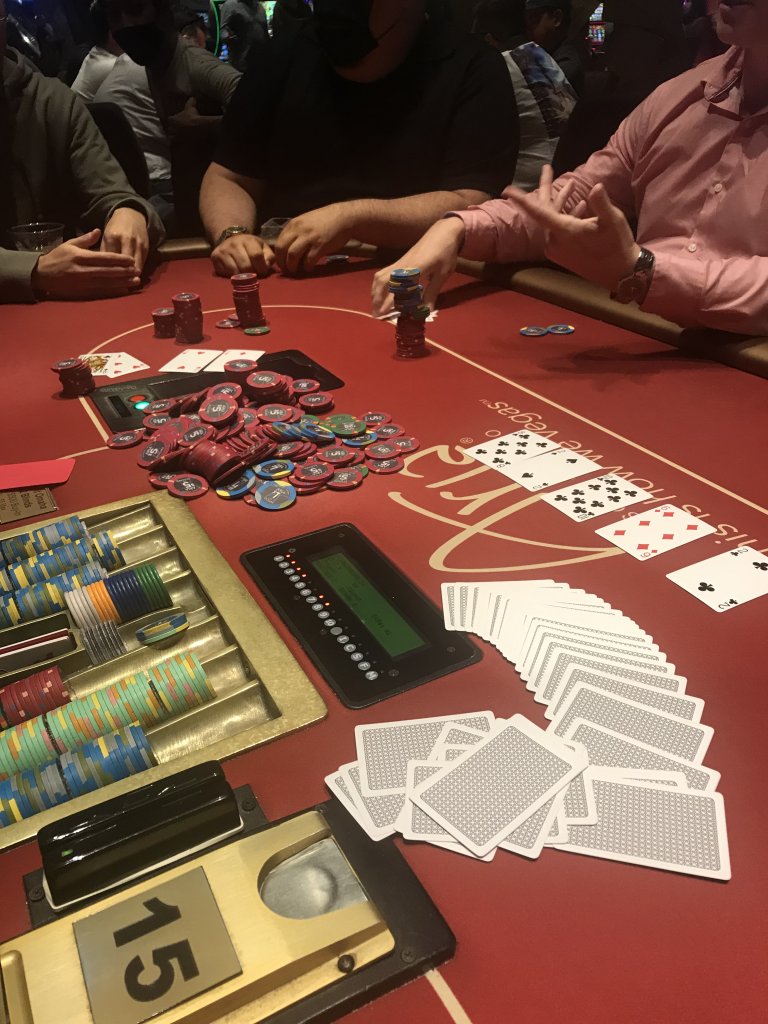 If the Q was a J you get you would have been in the same situation.

After losing a buyin in the grindy 1-3 NLHE at Aria, I decided to invest some of my trip winnings to take a shot at the 1-2 500 max PLO. It was an eye opener.

I was playing very snug, and my first table got short quickly and broke in less than an hour. @Payback and I both moved to a new table where the action was significantly better, and even I was going to get paid from a couple of the guys at the table if I could make a hand.

Most of the night was just bleeding $15-25 at a time seeing multiway flops and whiffing. I played two pots of substance and lost both: the one mentioned above against @Payback (he got my hand wrong, I had AQQT one suit vs his AAJ9). The other one was against the worst player at the table. Nearly half of our stacks went in pre with my AAJ6 double suited vs his AJ77 one suit. Of course he spiked the 567 flop and stacks went in.

I'm still up for the trip, and while I took a thrashing last night, at least I did it on someone else's money.

We tried going to Hash House at the Rio and it was closed so that was the bad news. We ended up going over to The Broken Yolk just out of town and had a delicious breakfast. We ended up shopping for some scotch and bourbon at some really great prices at the liquor store next door. @Schmendr1ck went 3/3 in paying for breakfast via credit card roulette this morning. Thanks for breakfast! 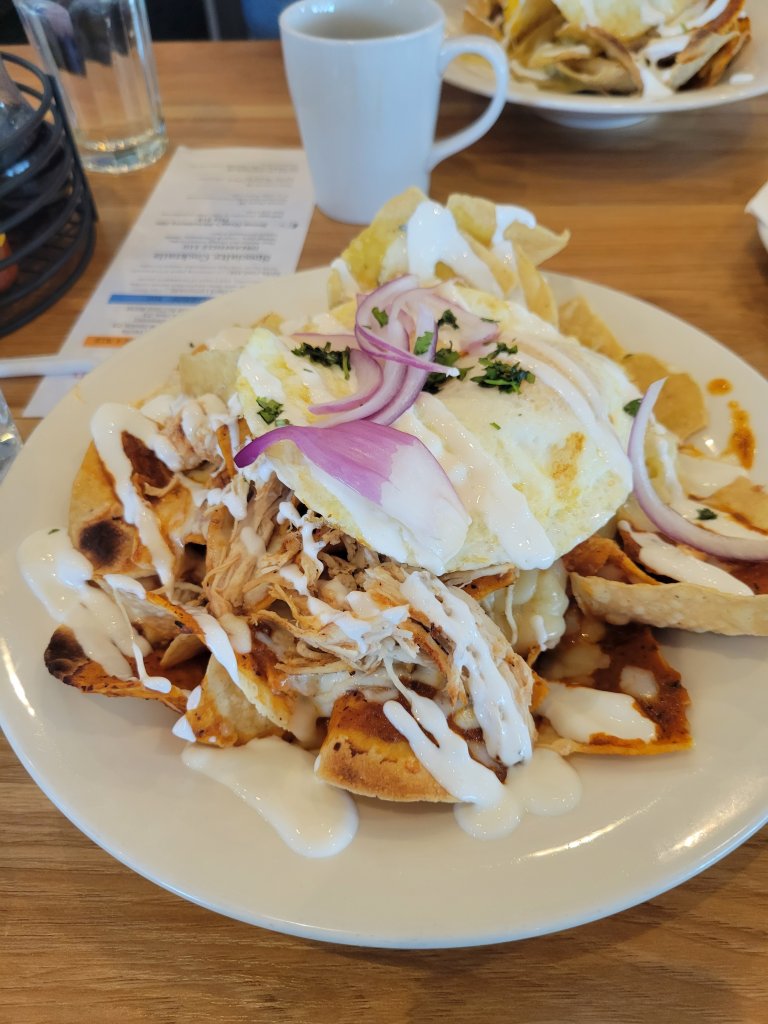 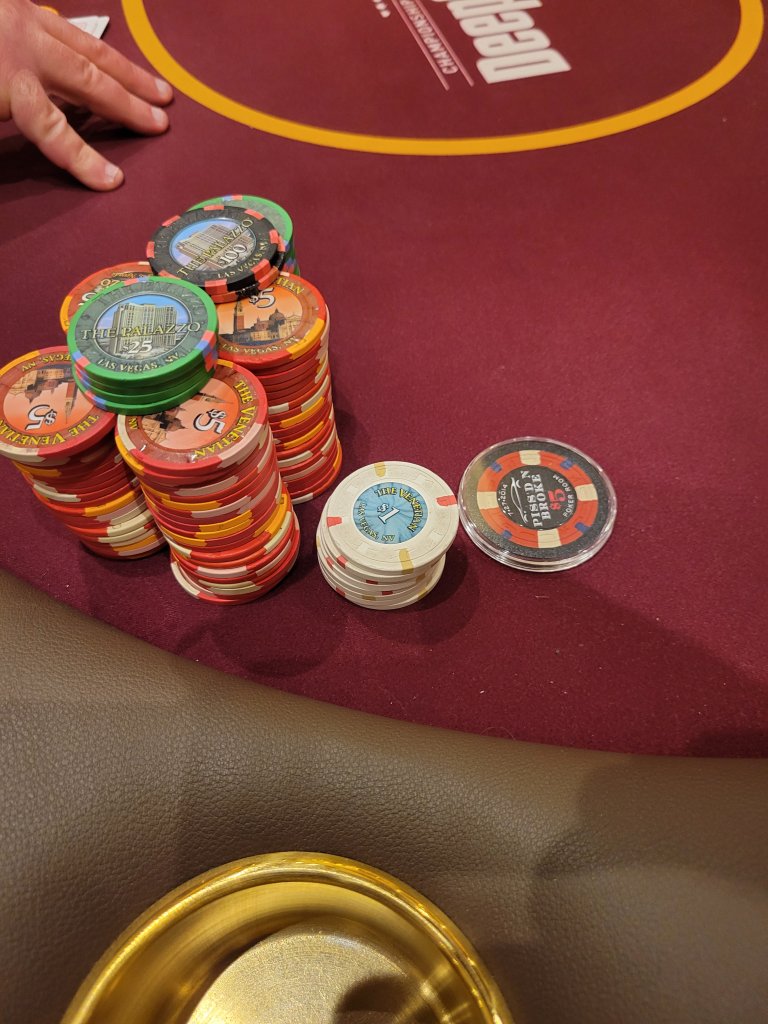 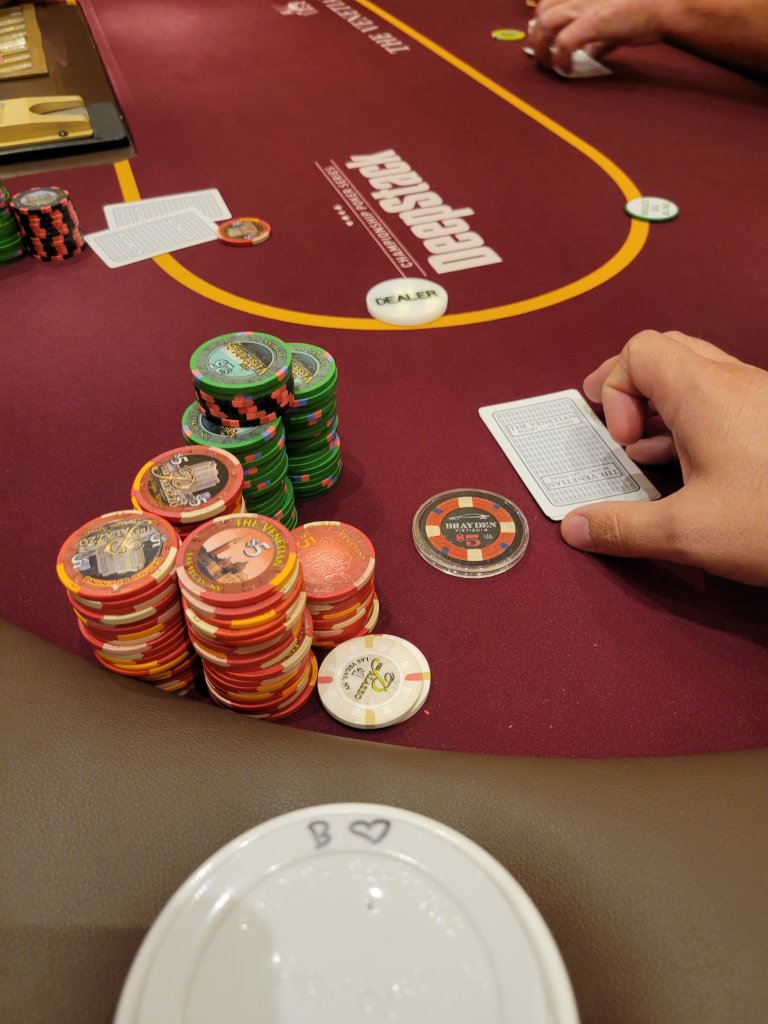 Been at a quality 1-3 table for a while, and it's still good though it was great earlier. 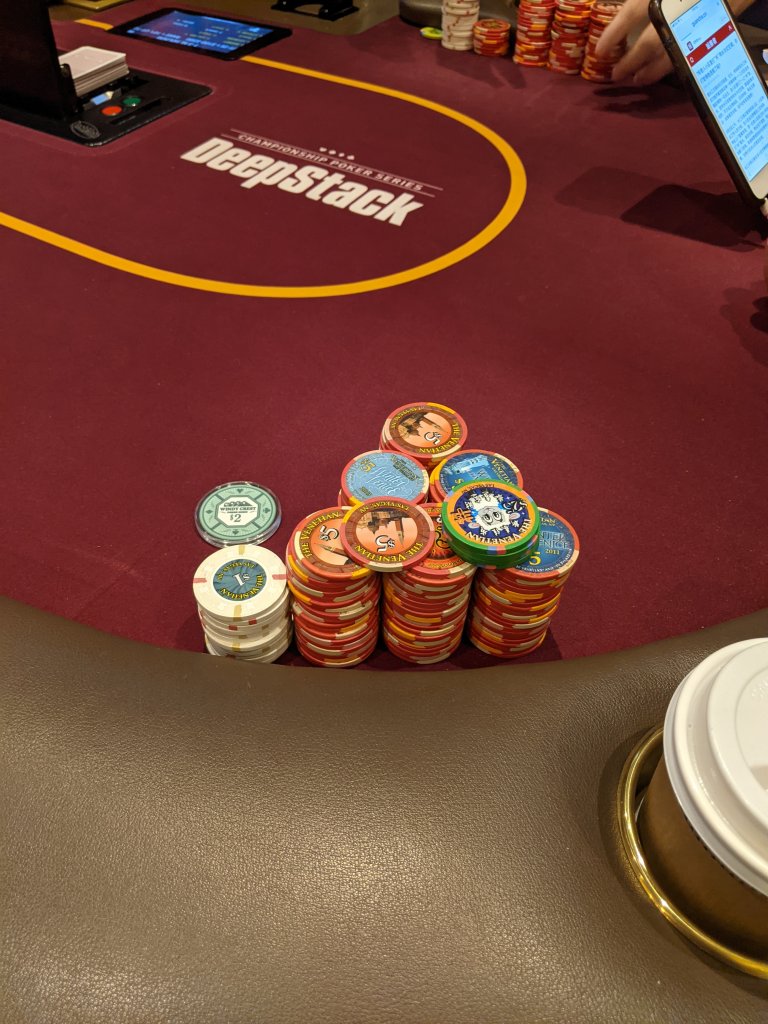 good work guys keep it up

Payback said:
Literally the next hand, another fine sample of my starting hand quality.
View attachment 724557
Click to expand...

You were dealt a Badugi. Not sure why you are complaining.

Literally folding everything for the last two hours. The AJ guy from before hit a huge heater and ran up $300 to $2800. Just biding my time for my double up.... 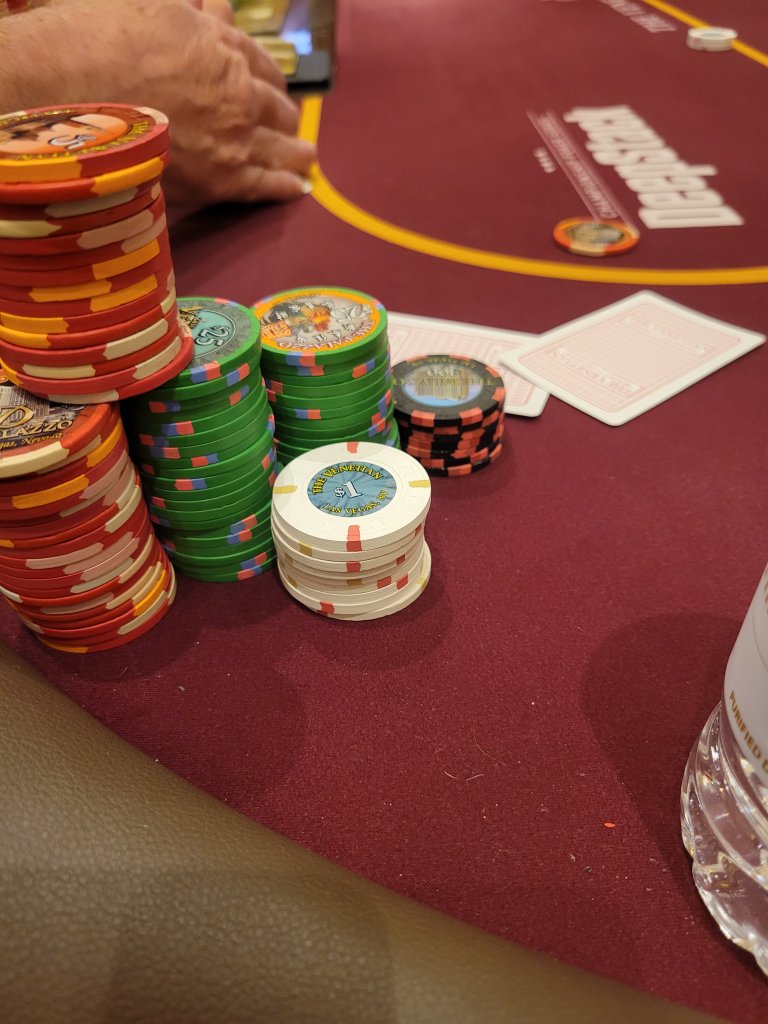 Payback said:
Just dragged a monster. 3/5, Straddle on for T. I get QQ UTG make it 35. Button calls, straddle who just sat down 4 hands ago makes it 115, I make it 360 button folds, straddle snap calls.

Forty4 said:
I’m trying to figure out how big of a tipper you are that the waitress identifies you as B

Average probably. I sent the picture to my wife earlier and she asked the same thing. She refused to believe it's my dashing good looks.

Dinner suggestions? We're at the Venetian but can drive anywhere.
You must log in or register to reply here.

L
How do you handle the "worst offense" + drama inside!