Anonymous fast fold 25NL at Ignition. No HUDs, no reads.

We'll see if we need to break out the solver for this one.

I dont think there will be any disagreement here so I'll continue.
Lately they never fold so if they 3 bet they have AA/KK otherwise we're just building a pot in position often heads up against a pretty weak range.

Lead for pot? Well, it's not 77. There could be some 6X given the limo. Could also be stuff like 55, 88, or draws. This is where zone is annoying because you have no real info on the villain's limp range. Given you have position, an over pair, and your raising range doesn't hit this very often, you pretty much just have to call.
B

Agree that 77 & 67 would not bet so big. V does have plenty of sixes in his range but these types of bets seem to have the goal of ending the hand now and dont often seem to be super strong. When they make a pot-sized bluff bet they slow way down on turn when called. I think 6x would bet 3/4 pot looking to get called - I dont think 6x wants to end the hand now despite the draw, but donking makes sense so it doesnt get checked through. Hero calls.

Villain bets 15 BB or just under half pot.

Feels a lot like Qx of clubs with the big flop lead and now the value looking turn bet. Annoying spot, I could see myself both shrug fold and shrug call.
B

I didnt put many Qx in V's limp calling / flop blasting range. I had it as mostly small PPs, Axo and Axs and maybe low suited and offsuit broadway below UTG's typical opening range such as Q8, Q9, QT weighted towards the offsuit combos as I think the suited combos are often a UTG open. So I wasnt very concerned about the Q but I wasnt going to be raising here just in case. I had noticed that V had sized down as a % of pot which suggested a draw or other medium strength non-TP hand. I think with a 6x V would have blasted again against the club draw. I think JJ+ is a UTG open so am mostly worried about TT, maybe Qx here.

Villain bets 15 BB or just under half pot. Hero calls.

Only problem I see with the range reasoning is that he limp/calls utg. Probably means he’s bad and can have all sorts of hands not just hands ”that make sense”. I could be wrong of course. I agree he’s unlikely to play 6x like this
B 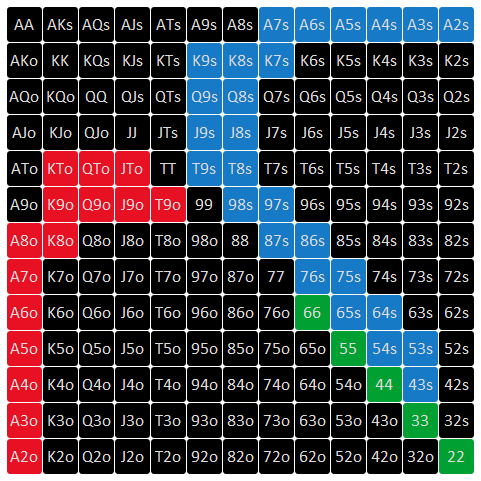 If anyone is an expert on PT4 reports please PM me. I have 33k hands at 25NL Zone in my DB and it should be possible to get a UTG limping range out of the DB but for the life of me I cannot figure out how.

Hands like this are why I switched to limit....so much easier to navigate. This is a tough one.

I agree with preflop, no issues.
post flop, I raise after donk bets. Donk bets to me are almost always weak hands that want to see where they are at. I would be happy to end this right now as well with a raise to around 25 BB. I would think A7 or maybe even 78s is a hand some would do this with, or any pocket pair below yours. Leading with a 6 here would be a horrible play......not to say bad players wouldnt. I like raise post flop. IF V calls, then pot control the turn....probably by a 1/2 pot bet and check the river if V obliges. I expect to see V show up with a 7 here much of the time.
B

I like the idea to raise donks. You are spot on with respect to the hands V is holding here.
I did call him down all three streets and he showed

.
I did make a bit more (87 BB after rake) from calling 3 streets versus raising the flop but did run the risk of him drawing out.
I never really enjoy these spots - a raise/fold would be preferable than calling three streets and hoping that my "read" is good.
Really all I have to work with on a "read" is bet sizing and action ... I've started checking turn after cbetting (IP & OOP) with my stronger non-nutted hands and that induces a pot sized bet with air almost every time. If they have a hand they bet smaller ... 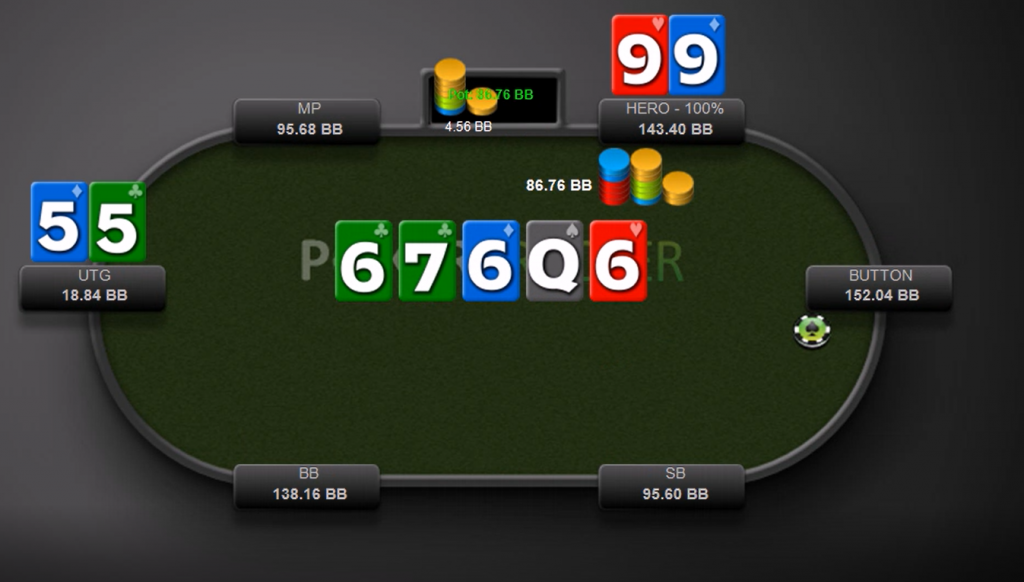 Thanks for sharing, and nice win. I was worried you were beat.
You must log in or register to reply here.

B
PAHWM: AJs in UTG