New table build - from a first time builder of anything!

Hi all,
I've been on this site for a couple of years, usually poking around reading threads and keeping my eyes peeled for a few chips here and there.

I managed to snag a 'seconds' felt from @T_Chan last year and set myself a summer project goal of building a poker table.

Now I'm not a handy guy and this was a project that was daunting. I've always lived in apartments or rented houses that didn't have room for a workshop, also my hobbies don't tend to include that kind of work. Other members who have posted their table building adventures inspired me to change that. I also watched some YouTube video's and read a couple of general knowledge building websites.

I also have a desk job and kids and life stuff and being able to have a hobby that involved building things just wasn't in the cards...until now.

I didn't manage to actually have this table build as a summer project but my birthday was last weekend and I set myself a hard deadline of hosting a poker game on my birthday and so off we go:

I started on a weekend in early September and I got 2 pieces of 3/4' plywood cut down to 84x42 and managed to get them home in our SUV. I was planning on an 8 person table. 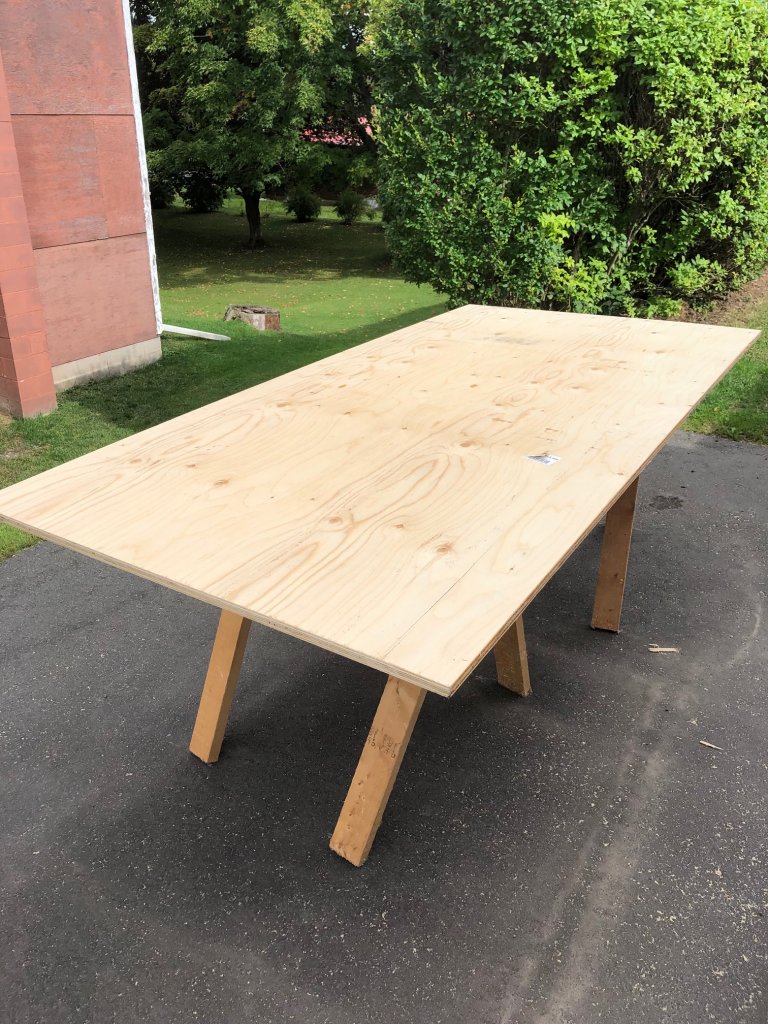 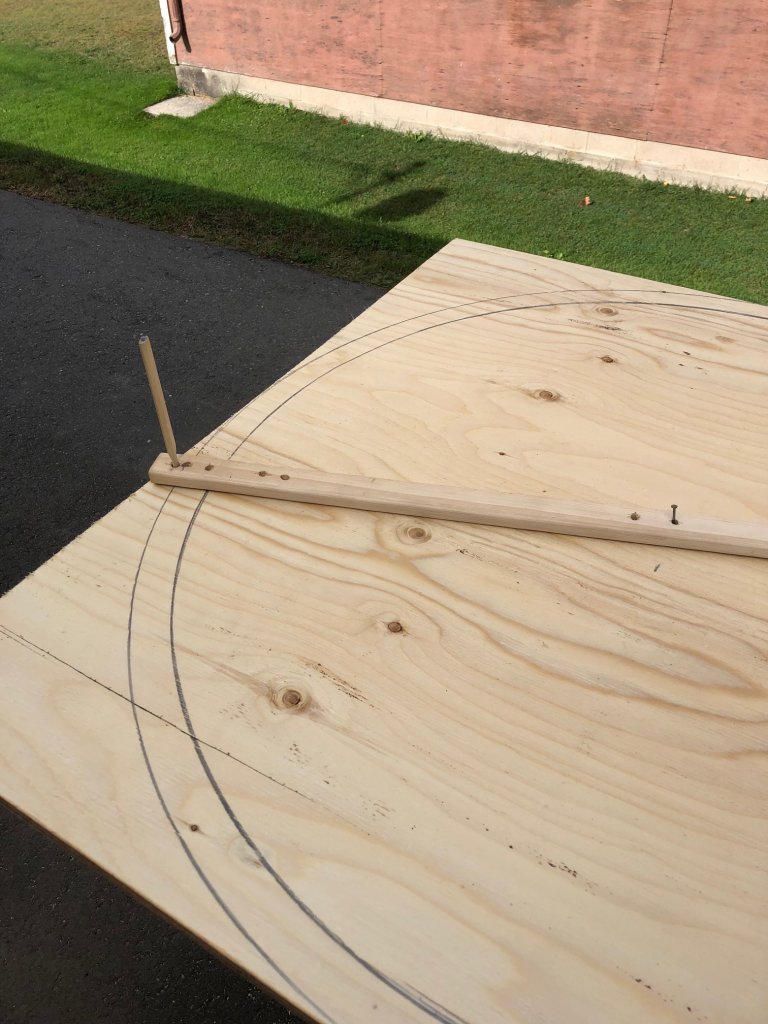 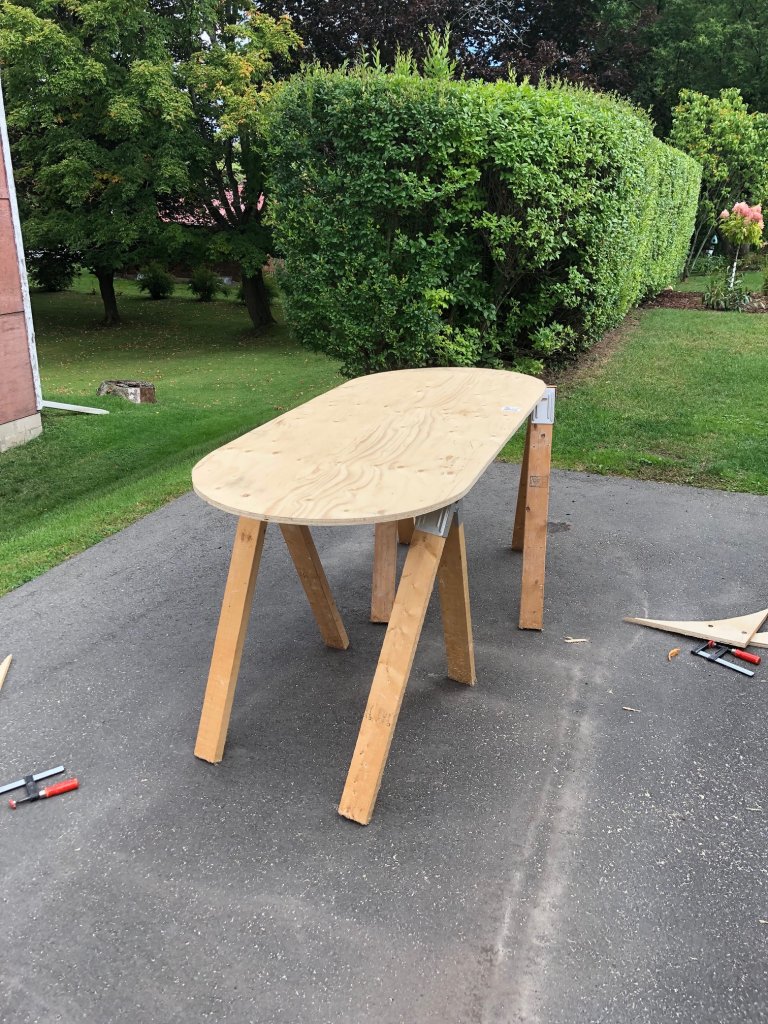 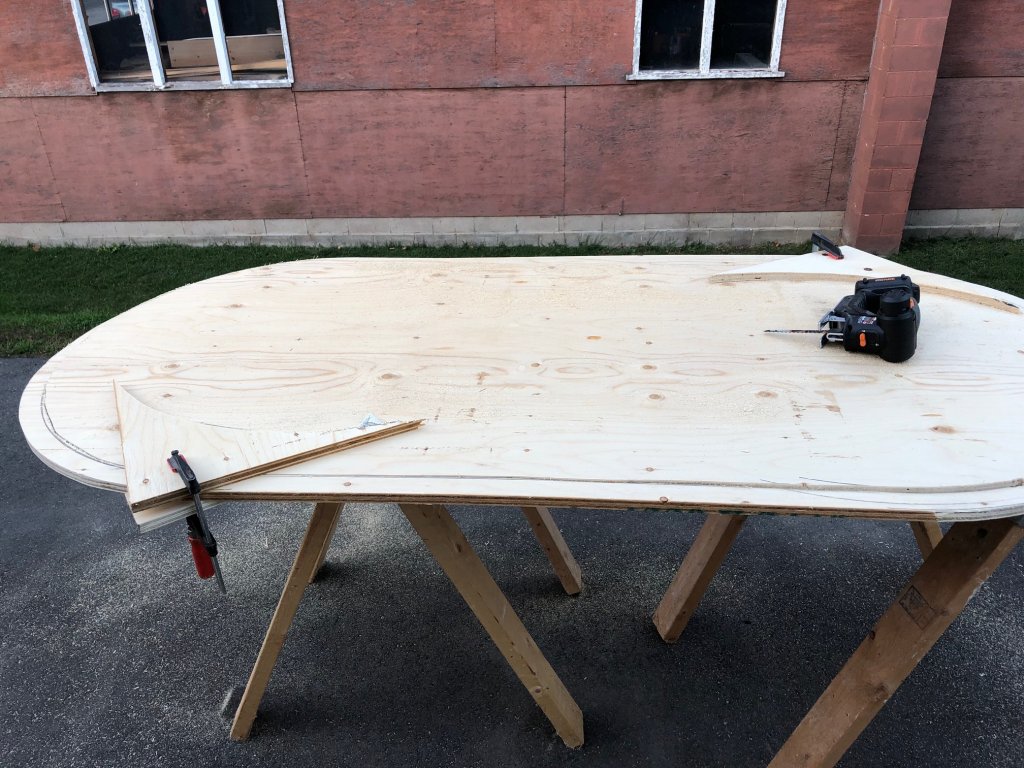 Spoiler alert for anyone concerned, I still have all my fingers! and the table did get finished in time. I wasn't able to post in real time as I was trying to get it done but I'll post some more photos later on.

So here's another set of pics of the build as things progressed.

Had a visitor come by while I was working...maybe inspiration for a custom card room label? 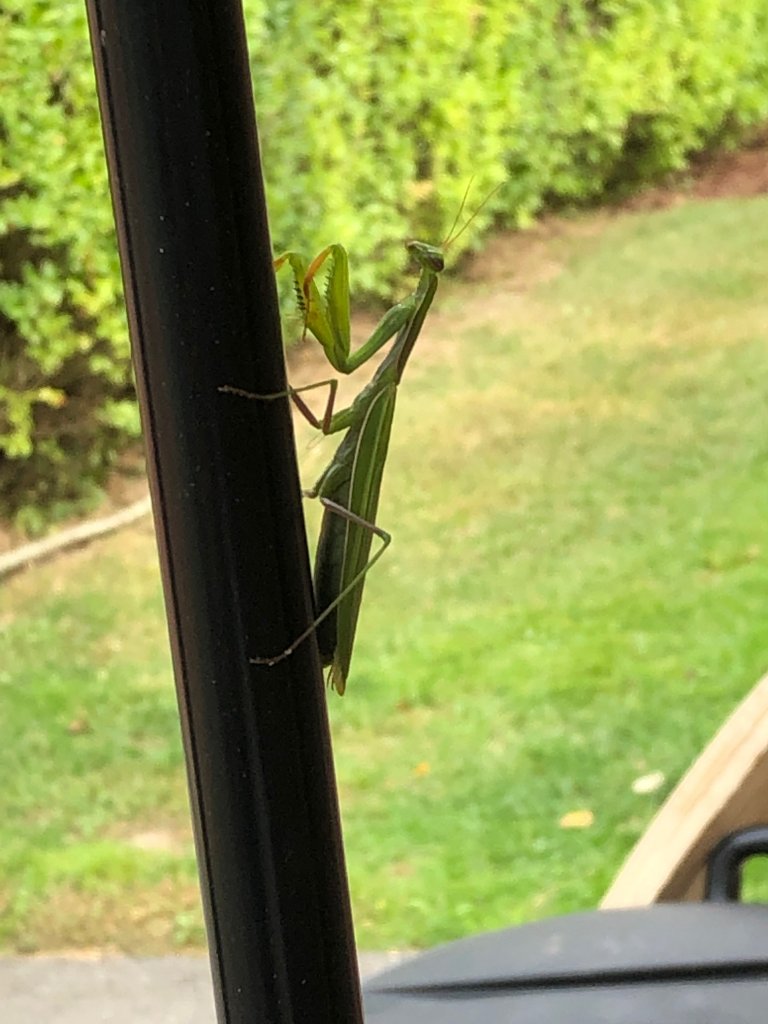 So one of the issues I ran into not having a workshop was around proper tools.

I wanted to cut holes for the cupholders and a neighbour loaned me his hole-saw for my drill, however my drill is battery powered and ended up not having enough juice to actually cut the holes. So I improvised (or did it the hard way, depending on your point of view).

I ended up tracing circles of where I wanted the cupholders placed and drilled a 3/4" hole so that I could get my jig-saw in there and then cut out the holes. And if I'm being honest, I almost didn't put the cupholders in due to not being able to overcome the hole-saw issue. However, I decided to persevere and since I wanted my table to have cupholder, damn it, it was going to have cupholders. 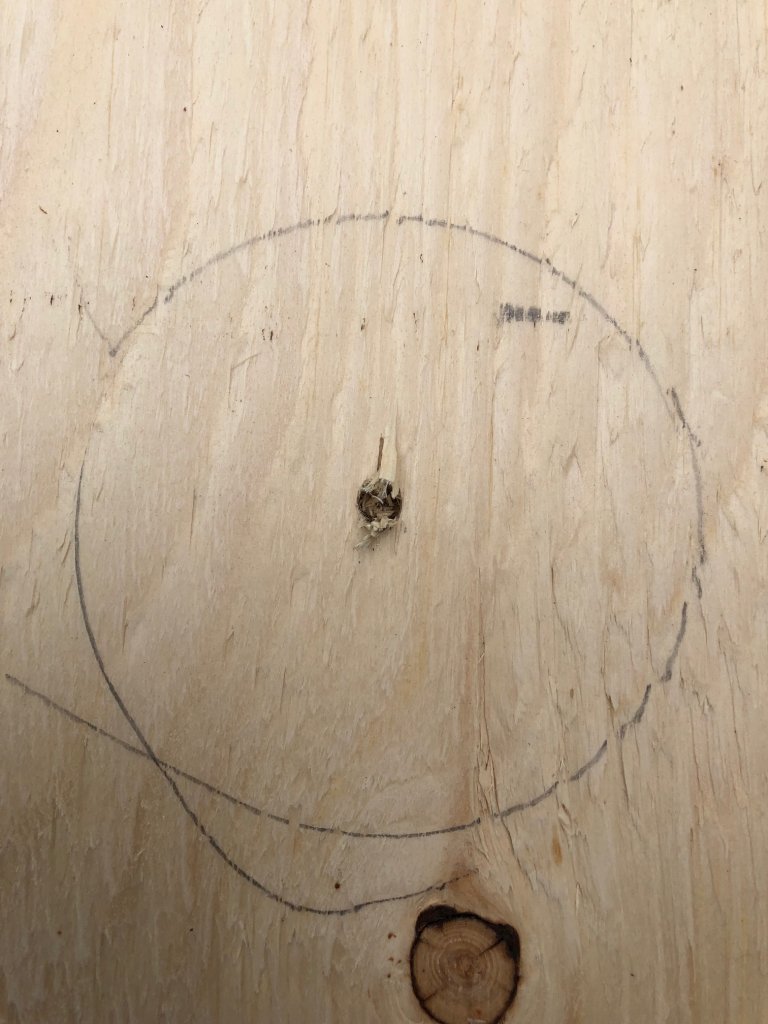 So after the cupholder issue was solved I used spray adhesive to get the 1' foam onto the rail. It took more spray than I originally thought it would and I had to go back a couple of times on the first application to ensure it was done properly. 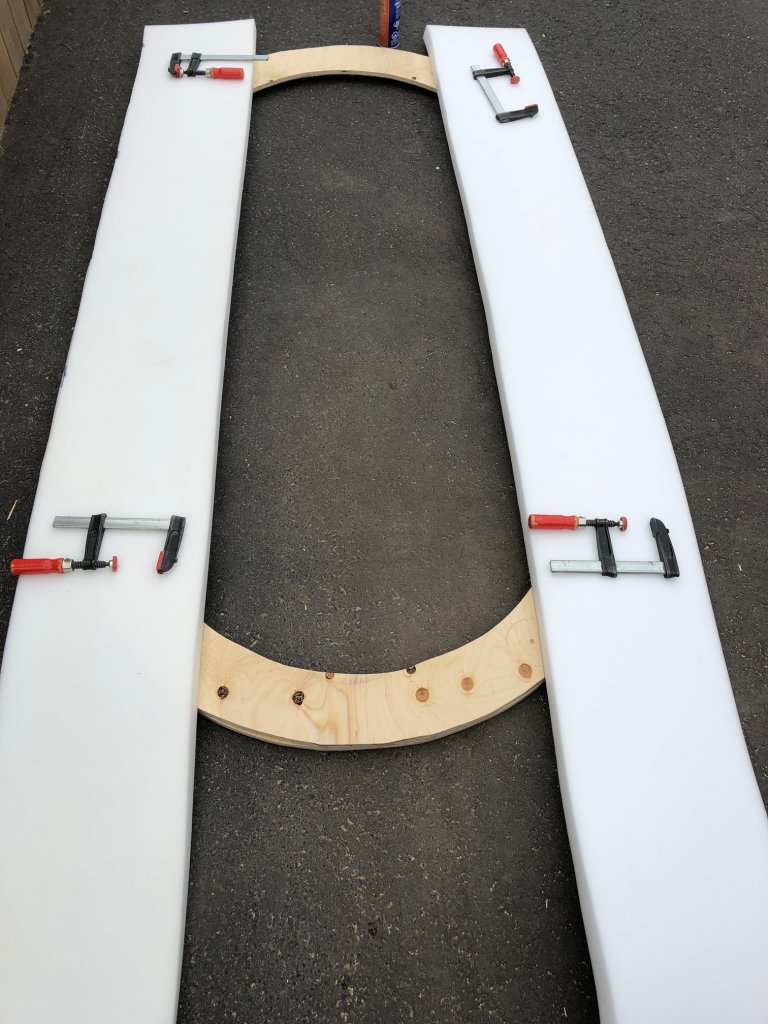 Same with the 3/4" closed cell foam for the table top. I learned the hard way that this type of material is quite sensitive to even brushing - I wiped it with my work gloves on and there were a couple of grooves in the surface - not that anyone will notice but I know they are there. I guess a lesson for when I build another table.... 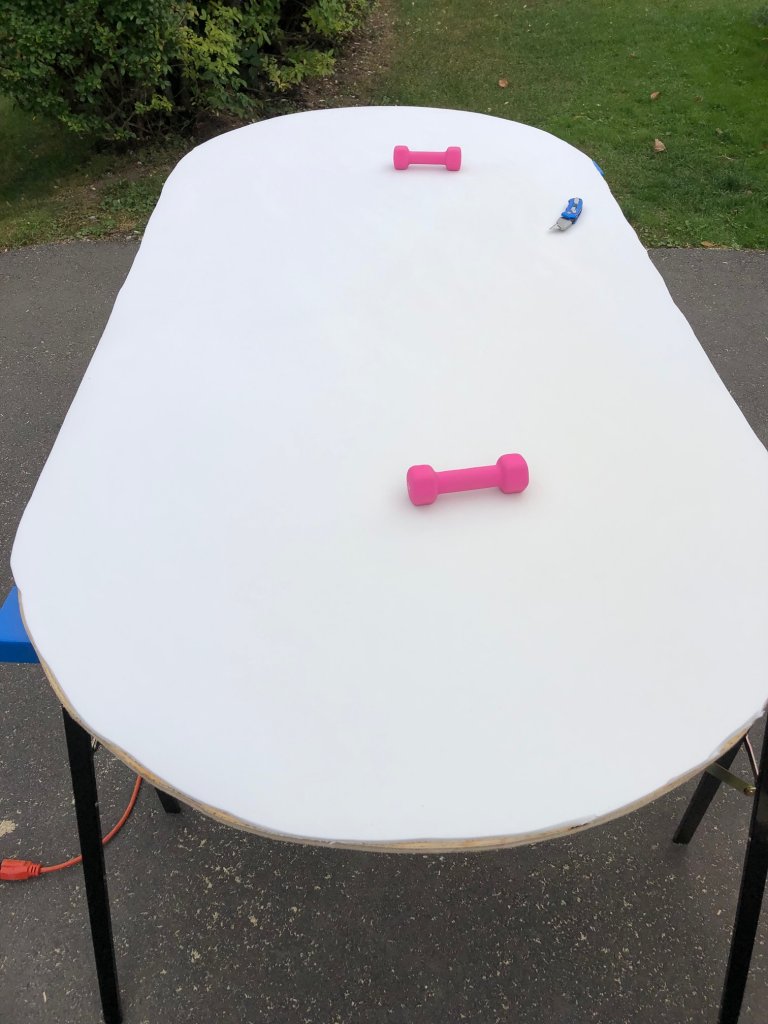 Also if you notice I got better saw horses to hold up the table as I worked on it. I quickly realized that half-assing things was not the way to go. So I now own proper saw-horses. Done.

Love this thread. I was planning to build my own table until I lucked into a WPT table from the championship tournament. It didn’t have a base, so I had to build that, but the table only ran me $200! I’ll still probably build one down the line. Keep the pics coming, this is great to see.
You must log in or register to reply here.
Top Bottom