Hello everyone! Many of the friends I've played poker with are involved with PCF so I thought I'd start to become a part of the community.

I've been playing poker now for roughly three years. I started when I was nineteen years old as a freshman in college playing online low stakes tournaments. I was invited to a home game by my friend, which I have been attending now for more than two years. Being taught all of the shit-show dealer's choice games brought me out of my comfort zone, but I am glad that I learned them. Belonging to a fun group of people who enjoy the game of poker has allowed me to realize how fun the game of poker can be. Ever since playing live poker for the first time, I looked forward to every opportunity I got to play. I turned 21 around 2 months ago and was fortunate enough to be able to make it out to the WSOP. I played in a few tournaments and made a few deep runs. We ICM chopped as the final 7 of the South Point 15k GTD of which I got a little bit more than third place cash for $2910. (See picture below) 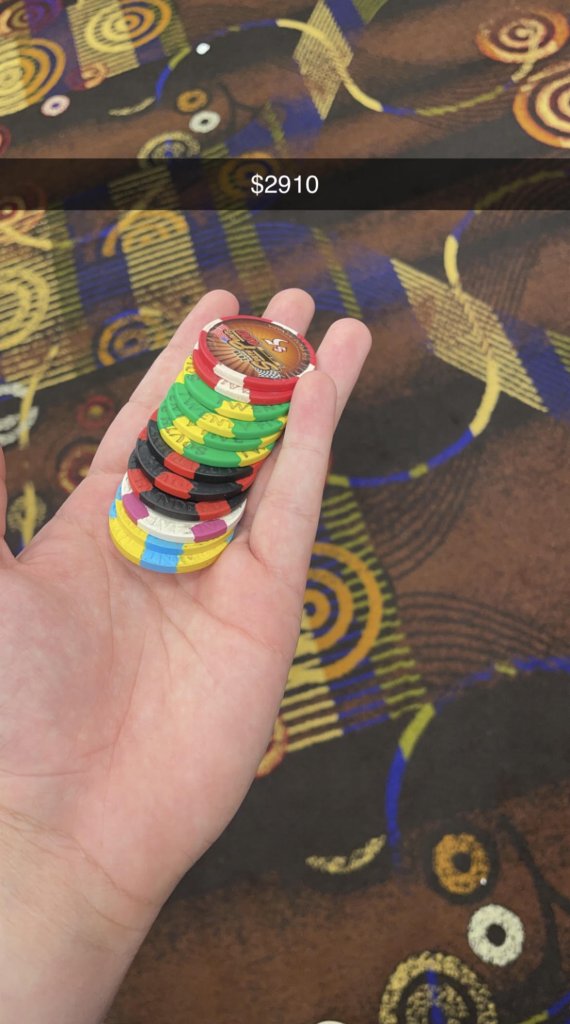 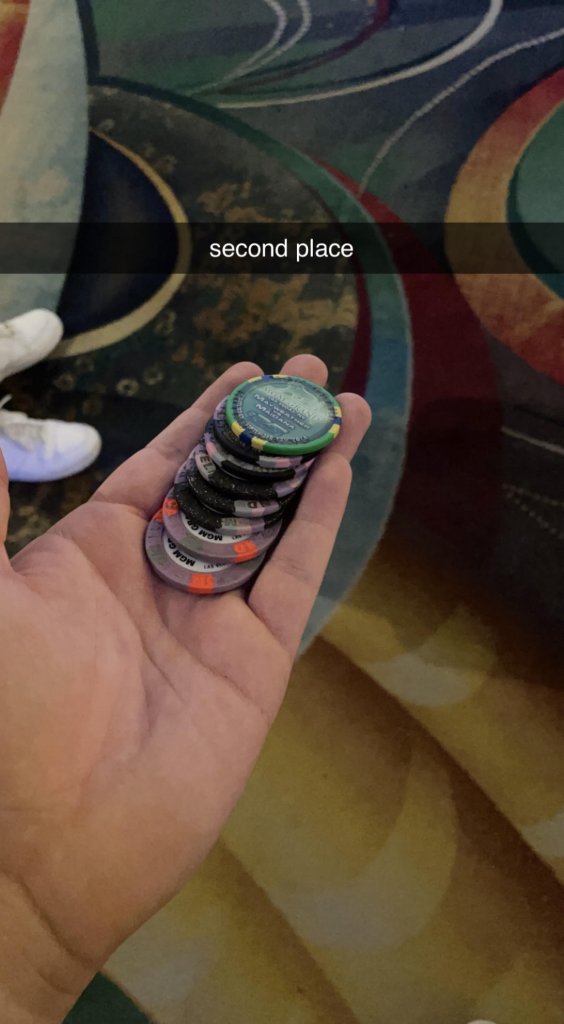 Here's some pictures of some cash games I played at the 2/5 while at the WSOP: 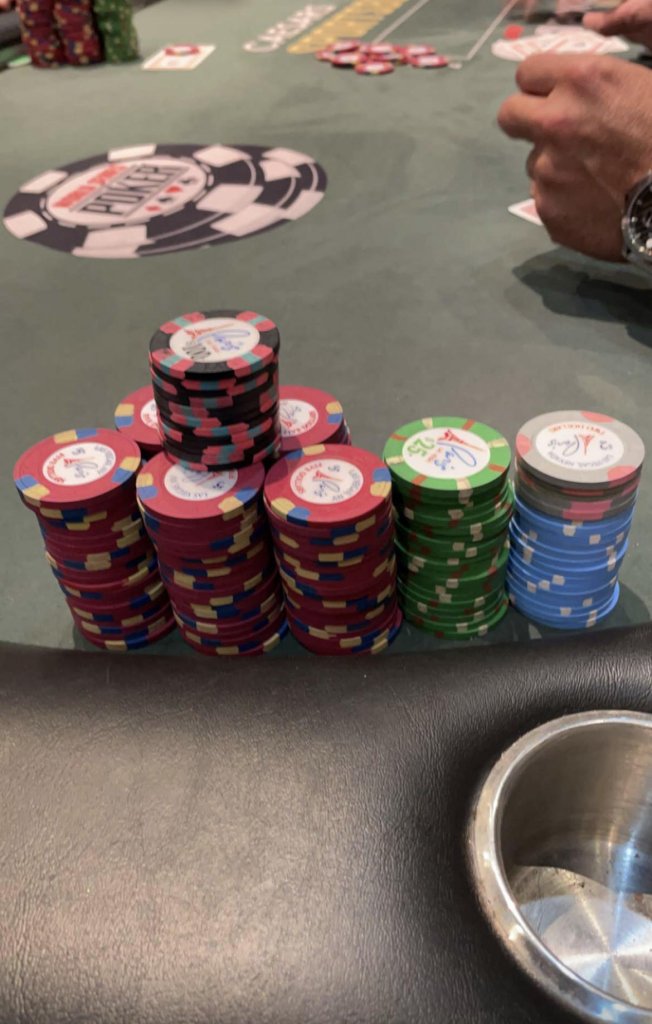 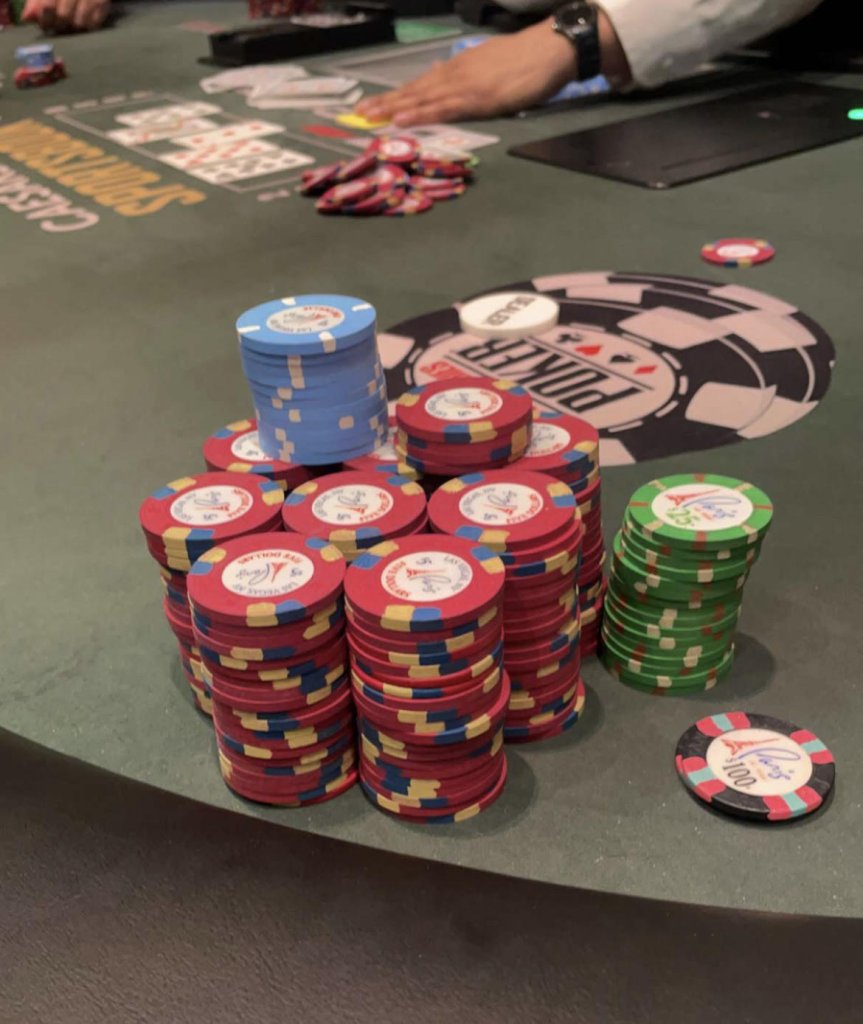 As I mentioned earlier, I was introduced to PCF by the group I play poker with. I am a part of the Havana Light Poker League (link: https://www.pokerchipforum.com/threads/havana-light-poker-league.84344/) which has been a blast to be a part of. A really solid group of guys who know how to have fun while playing poker. Also, they have nice custom sets which are fun to play with.

This year I'm looking at playing a lot of live poker in the LA area -- mainly tournaments. I've got to study much more but LA tournaments are relatively soft from what I've experienced. Poker quickly became my favorite hobby, and I believe many other people on this forum reflect the same sentiment. Looking forward to becoming a part of the forum and talking with you all.
Last edited by a moderator: Jul 24, 2022

Looks like you're off to a good start!
U

I
New member from Toronto