Decided to start on a table while waiting for my chips.

Space is my biggest concern - I'm a tall man with a small car and share a small house, so I wanted a big enough table that could pack away as tightly as possible.

Folding options didn't inspire me and still seemed a tad bulky, and I didn't want a round table.

So, I planned out this ikea sized version. It's 2200mm long and 800 wide - a little skinny, but should seat 8 comfortably - i prefer space to the left and right rather than across the table.

The idea is that the table can be broken down into 5 pieces aprox 800x440 and be packed away flat.

It's a bit of experimenting as I go, as I'm not sure how the table will go. But here's the beginning.

started with 3 pieces instead of 5 to test how rigid it will be. If 3 works, then I'll break it into smaller pieces again.

attached latches. They clip together quite nice, but after the first test, I think 2 latches for each join is better.

Used PVC and saddles to test how well it holds together - obviously it bends a lot. I've seen square aluminum tube that has joiners and connects that I think will be a better option - but it's expensive, so just wanted to make sure the latches and so on work as intended first.

Even though it's 25mm PVC and bendy as anything, the table pulls together surprisingly well, and can be moved in one piece quite easily. Positive signs!

Sits satisfyingly flush when used as a topper. There is some flex on parts of the table when you lean on the corners - I think this is due to 1) flexible pvc as the frame and 2) 1 latch so a single pivot point. The final build will have an aluminum for the frame and I've realized 2 latches will be better.

I don't like folds in tables, so my ideas is to fold out the foam and attached the cloth as a separate piece that pulls tight, so there's no folds. Here's a test with some cheap packing foam i had lying around

Placing the cloth over the top. I ordered some cheap fabric, not sure what exactly, maybe a velveteen, just to use as a test. I then cut it to size and sewed a hem around the edge and thread a drawstring through so the cloth can be pulled tight

The final result of today's work.

It's sturdier than expected, even with just the PVC as place holders for the strong frame.

Next step, replacing that with the rigid frame and junctions (so it can be broken down to shorter pieces and built together + have legs attached), cutting it into 5 pieces instead of 3, and adding a rail.
I've ordered some magnets and hard foam, it won't be a plush luxurious rail but by using firmer foam I can have the rail hold it's shape and then clip into place with the help of the magnets. That's the idea anyway. I am hoping the rail won't get knocked around too heavily, as that could be one of it's flaws.

The cloth could maybe be a touch tighter but I think using a better sheet of foam will help with that. I might replace the cloth at a later point, and maybe attached buttons or clips so I can pull it really tight.

Would love to hear ideas, feedback and suggestions! Thanks for looking
E

Couldn’t wait til next weekend to keep going, so I Got the frame today. 25mm Aluminum tube with connectors allowing me to piece it all together and pull it back down and store it it away tightly.

Ordered some brackets so it can be attached to the table and slid in an out, waiting on them to arrive
in the mean time a little test run clicking it together. Once the brackets arrive I will cut everything to size

first hiccup!
the connectors are tight and take too much force to Pull apart, so I broke a few. I think ill have to sand them down to make it work.
Also a little sag in the middle. Not the biggest deal, as the frame is to hold the table rigid once it’s clipped together, not necessarily support it’s weight entirely (the plywood and latches will take most of it.) but it looks like extra legs in the middle may be required.
id prefer not to, because there’s nothing worse than sitting at a table leg. But we will see how we go.

next step is the rail. magnets arrived today too, which I will install on the edge of the table and in the rail, so it can be clipped on and off conveniently.
E 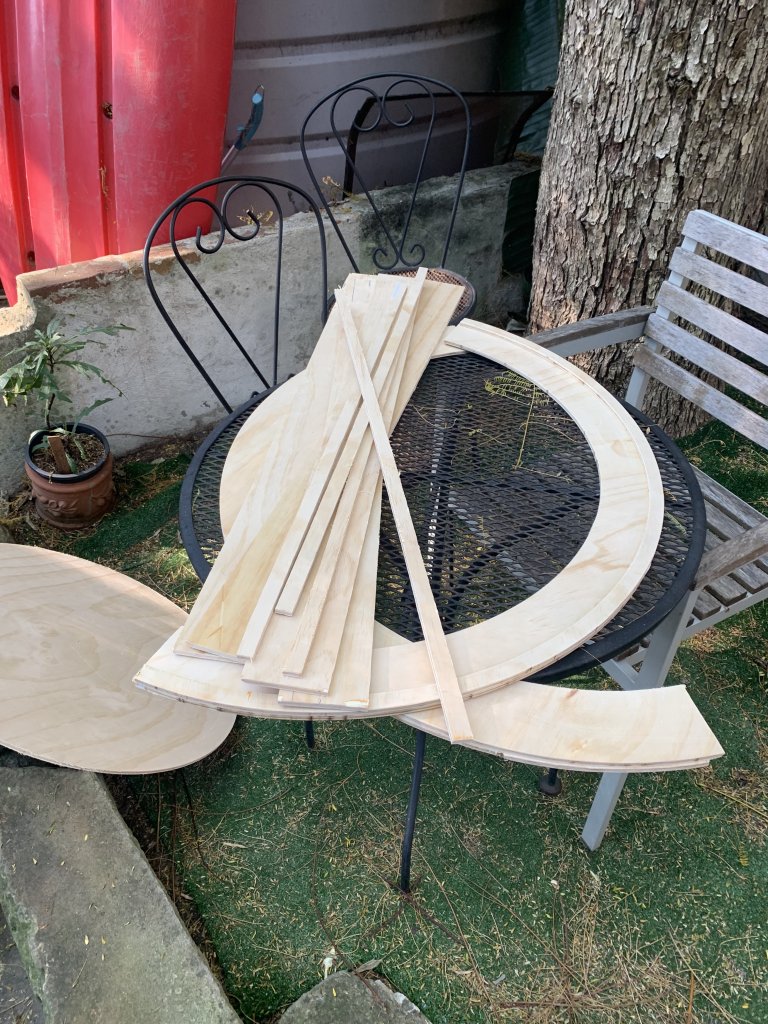 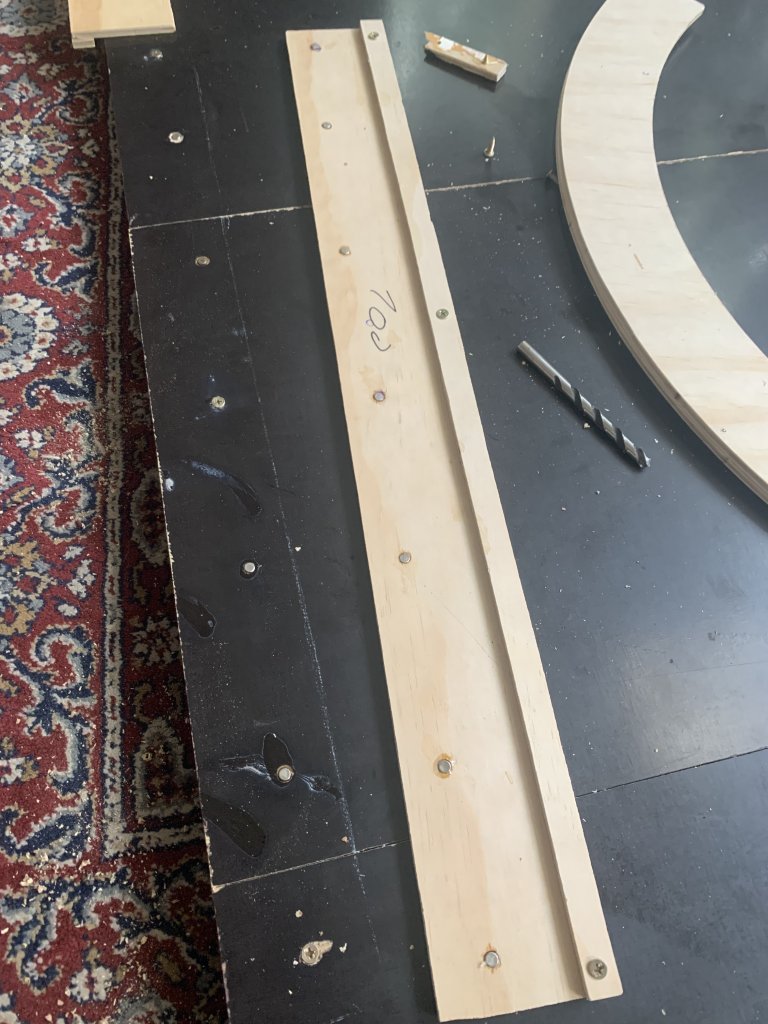 had a clever idea where I put magnets in so they would click in to place easily. They connected through the fabric easily enough so in my head it should work. More on that later. 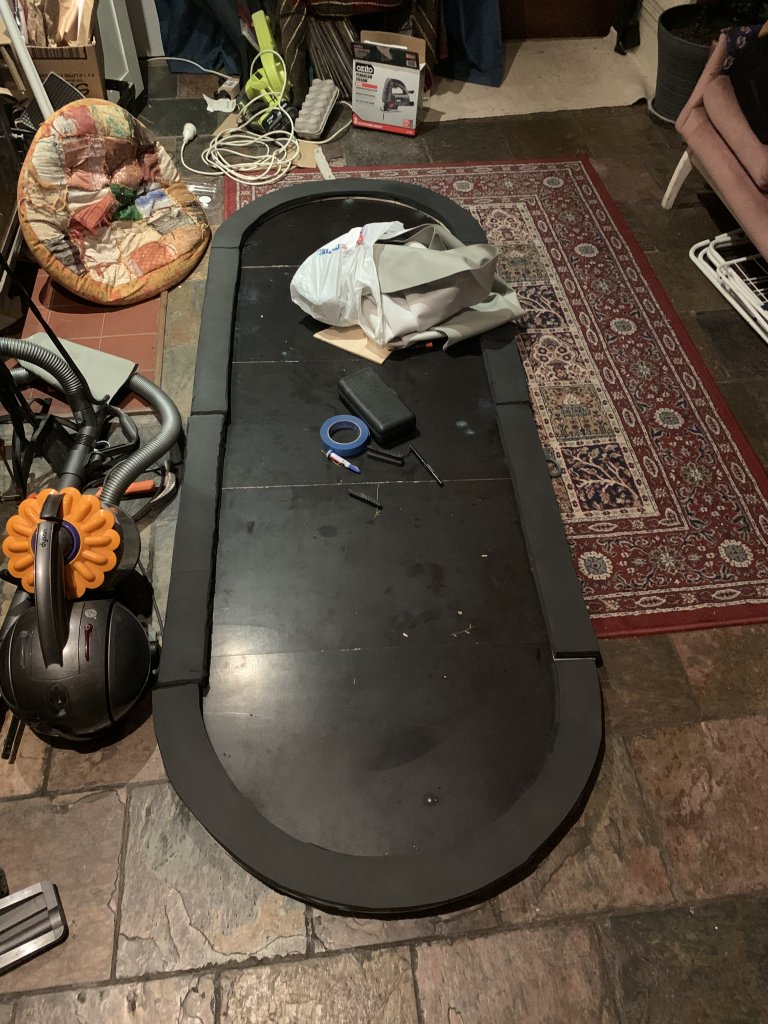 Glued two layers of a cheap yoga mat together for the foam. Way cheaper. Works reasonably well, but difficult to get precise.

now, to upholster. First time, thought it was going to be fun and satisfying. Turns out I was wrong and confused.
Probably out of my skill level because of all the corners. will tidy these up later after watching a million more YouTube tutorials.
I was trying to get the corners as flat as possible because of the magnets. Unfortunately was never going to work, now I have kinda ugly corners that need some redoing and the magnets lost most of their pull.

lt actually would have worked incredibly well if I upholstered and then attached a base which has the magnets. As it is, I think I’ll have to find some clips to make the rails stay firm. The edge on them does help them stay in place quite well however, and the magnets do work as a guide if nothing else.
Would have been nice to have a better workshop set up, I think in the end this project needed way more precision than what I had available to me. For fear of making the fugly thread I promise never to exchange this for money. 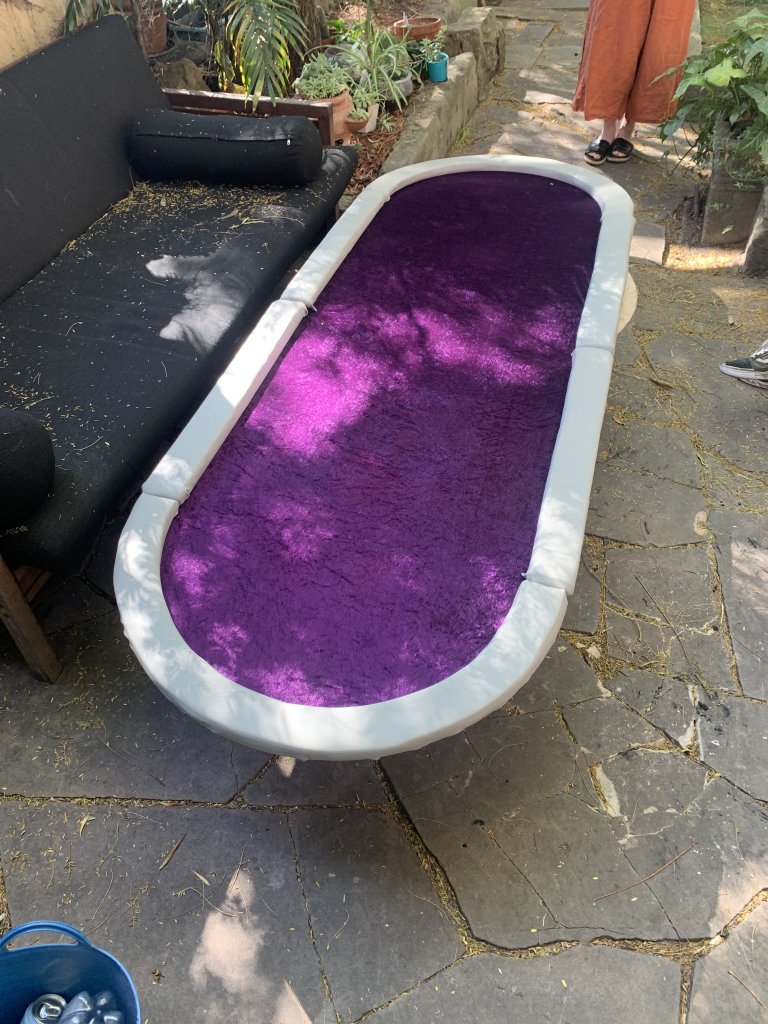 And packed down, it’s all about this big. Fits in the cupboard or under the couch easily. 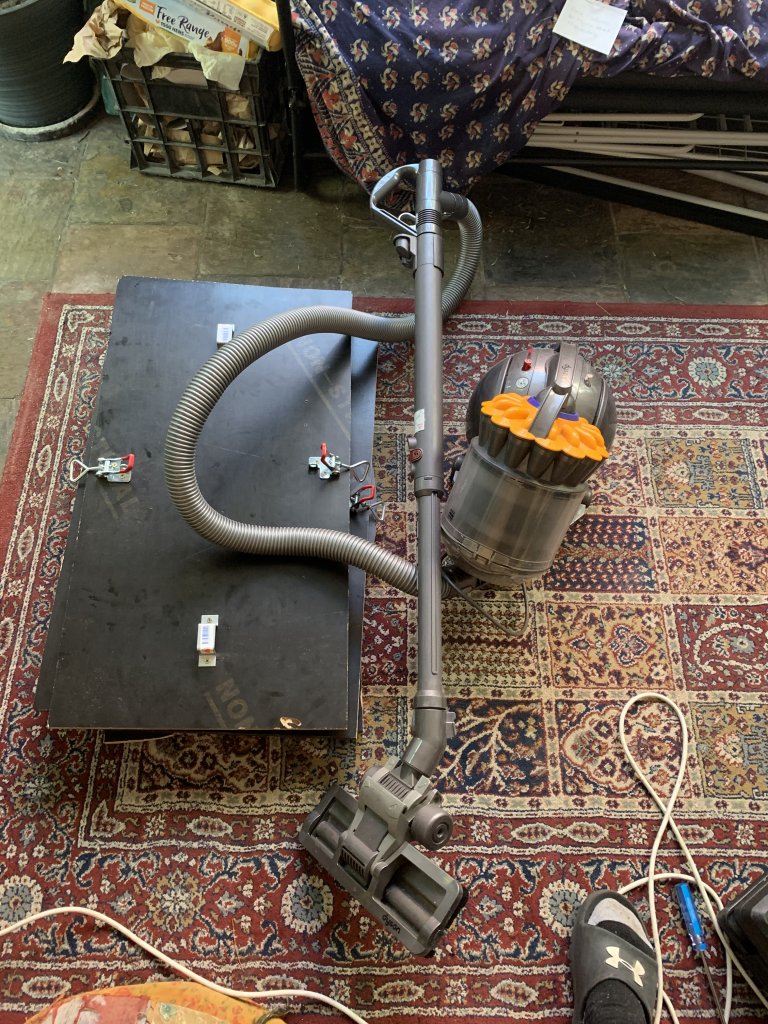 Experimenting with a DIY RFID Table and Broadcast Overlay
2