Music Trivia -- Smoke on the Water, and the Montreux Casino

"Smoke on the Water" begins with one of the greatest guitar riffs in rock history.

Then the rat-tat-tat of drum cymbals come in, accompanied by a thundering bassline, which then launches into vocals that, until this writing project, I'd never really contemplated before.

I doubt many rock fans reading this who likely know every note of the song are quite as familiar with the backstory which led to the unusual lyrical narrative. Word-for-word, the true story is told of what happened during a deadly fire that broke out during a rock concert inside the casino ballroom at Montreux, Switzerland.

In December 1971 British rockers Deep Purple arrived on the shores of Lake Geneva to record a new album. The entertainment complex was part of the Montreux Casino.....

"We all came out to Montreux
On the Lake Geneva shoreline
To make records with a mobile
We didn't have much time."

The night before recording was set to begin, Frank Zappa and The Mothers of Invention were playing at the casino. The scene got really wild. Someone in the crowd fired a flare gun into the stage cover, which suddenly burst into flames. The scene turned into chaos.

"Frank Zappa and the Mothers
Were at the best place around
But some stupid with a flare gun
Burned the place to the ground."

Deep Purple watched the bizarre scene from their hotel room. The entire casino complex and entertainment venue burned to the ground. Frank Zappa's band also lost all their equipment in the fire. Witnessing the surreal experience, "Smoke on the Water" somehow materialized out of the ashes and the rest, as they say, is history.

"Smoke on the water,
a fire in the sky."

The entire casino and entertainment complex was gutted by fire. Deep Purple's recording plans were ruined. With no other option, they set up a makeshift recording studio in the hotel and laid down most of the tracks for what would become their most successful album, titled Machine Head.

The impromptu song wasn't expected to do much and was a reluctant addition to the album. It became Deep Purple's biggest hit. Today, "Smoke on the Water" is honored by a sculpture along the shores of Lake Geneva.

A great story they tell in that song made for they’re most well known song. Machine Head, I played the crap out of that album (yes vinyl). Also had several of their other albums; Made in Japan, Burn, stormbringer, one with a symphony orchestra. Can’t remember them all. They were a great band!

Highway Star is my favorite DP song, but the popularity and history of Smoke on the Water is unbeatable.

This song was the inspiration for these chips. I'm a big fan of Zappa so this is the closest FZ/gambling tie-in I could think of.

Also got to see Deep Purple in 2018 and their stage show had images of the headlines the day following the casino fire. 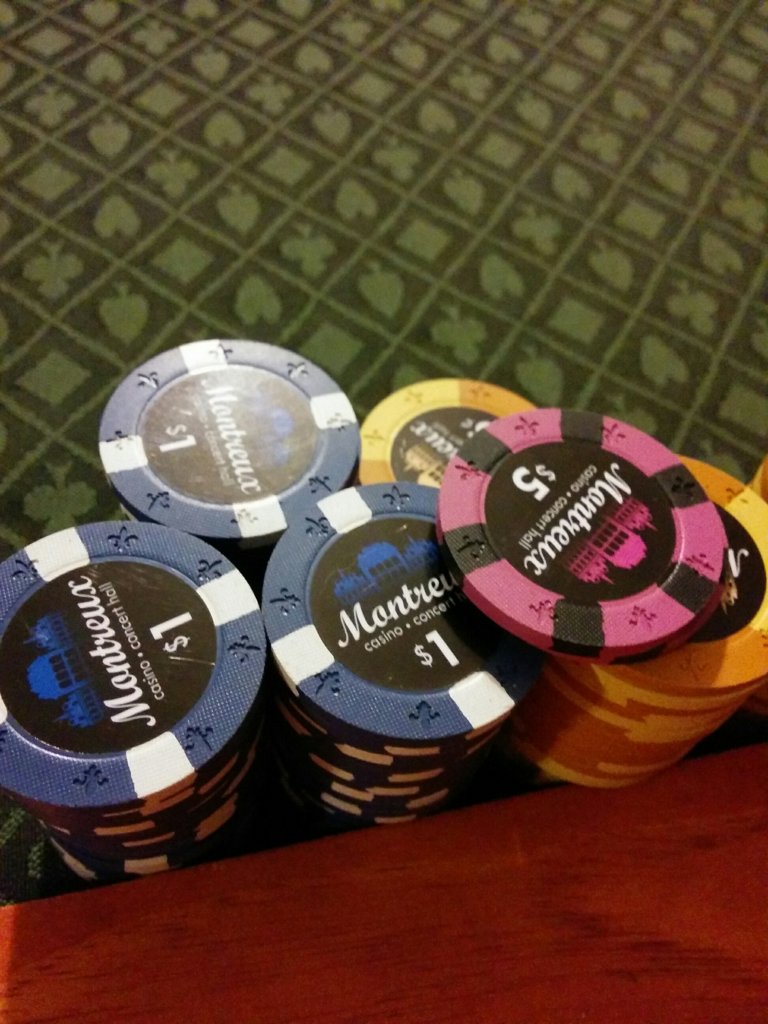 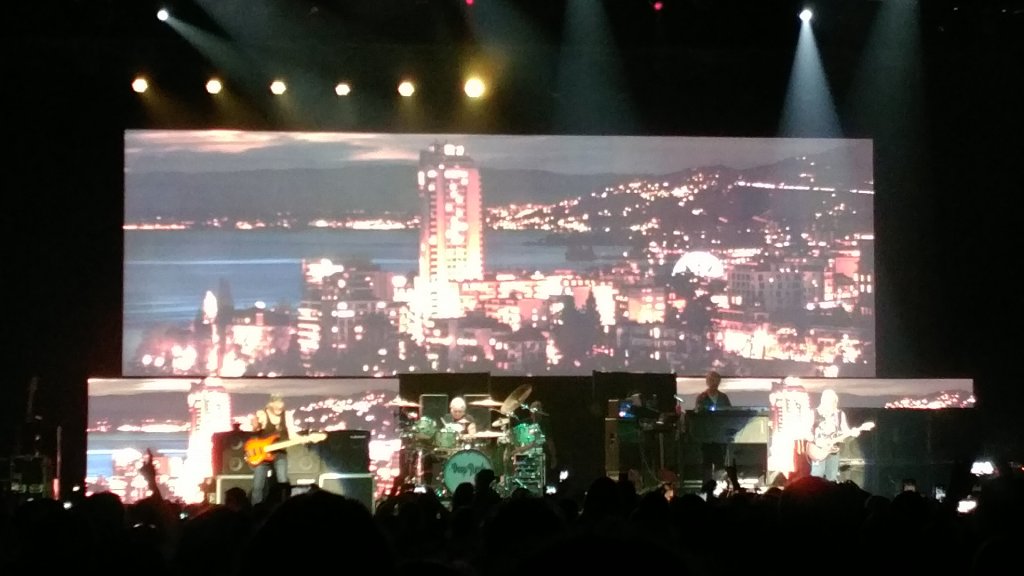 I assume this is Casino Montreaux in the background. 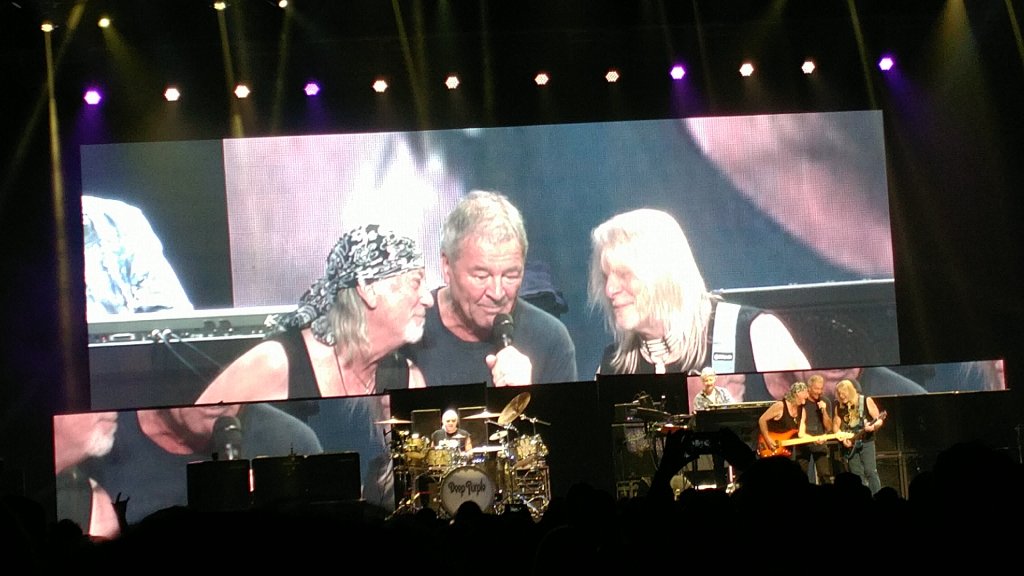 Interview with Frank about the fire.

Zappa was a tremendous artist. Off the wall! Love the Apostrophe album

Apparently, they found the "stupid with a flare gun".

It's pretty amazing that no one died.

Deep Purple, Zappa/Mothers, The Who, Black Sabbath, Hendrix, Jefferson Airplane, Zepplin, ELP, and Yes were all hard rock music staples in my youth - along with Blood Sweat & Tears, Chicago, Chase, and Maynard Ferguson (yeah, I was a horn player).

Although much of Zappa's work was unappreciated pure musical genius, I particularly enjoyed the rock opera 'Billy the Mountain' from the Just Another Band from L.A album. Epic stuff.

BGinGA said:
Deep Purple, Zappa/Mothers, The Who, Black Sabbath, Hendrix, Jefferson Airplane, Zepplin, ELP, and Yes were all hard rock music staples in my youth - along with Blood Sweat & Tears, Chicago, Chase, and Maynard Ferguson (yeah, I was a horn player).

Although much of Zappa's work was unappreciated pure musical genius, I particularly enjoyed the rock opera 'Billy the Mountain' from the Just Another Band from L.A album. Epic stuff.
Click to expand...

Most of those same bands/artists for me as well. A friend of mine from years ago was a drummer, and a good one. He even taught at the percussion institute, blah, blah. Years ago, Zappa was looking for a drummer for one of his tours. My buddy auditioned, didn’t get the gig. He said that those were some of the toughest charts that he ever had to read. Zappa was a really good musician. Also knew someone that roadied for him. His name was Buzz. Mmm?
You must log in or register to reply here.
Top Bottom