Hey guys list your mixed games that you play at home, forgive me if there's a previous thread about this particular subject. Here are ours that we play:

I'm working on a Project that may lead to a similar GB as to this one, then again, it's all very early and it may not pan out.

Let’s hear it for courchevel! The nittiest 4-card game in the land. I love it!

Scarney is the end game

upNdown said:
Let’s hear it for courchevel! The nittiest 4-card game in the land. I love it!
Click to expand...

It's actually 5 Card PLO with one card showing on the flop preflop, called "Flopette". A french version of 5 Card PLO I guess lol.

Here is a sneak peak of what I'm working on: 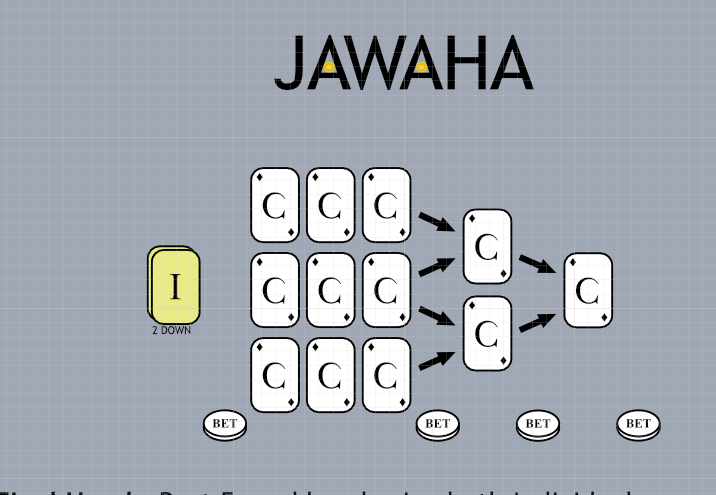 ChipReeseG said:
It's actually 5 Card PLO with one card showing on the flop preflop, called "Flopette". A french version of 5 Card PLO I guess lol.
Click to expand...

Hmm, I thought I'd played it with four cards, but you're right.

ChipReeseG said:
Hey guys list your mixed games that you play at home, forgive me if there's a previous thread about this particular subject. Here are ours that we play:

A solid line-up for big spenders! NL triple draw, NL stud - swing for the fences! If you enjoy KC Lowball, you should add Badugi to your rotation; it's a lowball game with a similar feel but a completely different flavor.

After that, add some circus games. abby99's Mixed-Game List is your one-stop shop for all the games you could ask for.

Some of my favorite circus games:
I also enjoy a lot of games that get derisively called "kitchen-table games", the kind that were popular before Hold'Em became the only game anyone ever played. A few of my favorites:
Some of these games come from an old book called Dealer's Choice by James Ernest, now out of print. They're mostly dumb but a lot of fun and not nearly as dumb as you think.

I also enjoy throwing in some games that aren't poker:
Life's too short to play hold'em all night.

Dakota: Seven card stud, ace-five high-low split with declare, low hole wild for high, option to buy the river up, roll your own all day long. Here's what that means.

This game is a combination of Follow the Queen (cards dealt after a face-up Queen become wild) and Hamlet (Jacks are low, Queens are wild, and Kings are dead). So it's "Follow the Hamlet".

It's basically just seven-card stud, with the increased possibility that your hand's value might change dramatically with the turn of each card. The fewer cards still to come, the smaller the chance that such a dramatic turn of events will take place. Smart players will evaluate their hands accordingly.

Locust Swarm: Five-card draw (best as single-draw); twos and threes are bugs. A bug is a limited wild card; when used to complete a straight or a flush it becomes the highest card needed to complete the straight or flush; when not used in a straight or flush it becomes an ace (but can't, for example, become a seven to turn a pair of sevens into trips). 5CD with a single joker as a bug used to be commonly played in California, where it was called Gardena Jackpots. This game has eight bugs instead of one, so players are very often going to be drawing to premium hands - straights, flushes, and aces full (or four aces, or five!).

People nowadays look down their noses at games with wild cards, but they're not that different from the circus games that are fashionable now. Five-card double-board PLO is just another way to skew the odds towards everyone having premium hands - and that's basically all that wild cards do. You're still playing poker; you still need to be good at math and good at reading other players. It's just a different flavor, that's all. It makes the math harder, makes the mistakes bigger, and lets lucky players get luckier - great for action, great for gamblers, and great for good players who can ride out the swings.

Wild cards make the games nittier because anyone could have premium hands at any time, also impossible to discard cards from people’s ranges.

Derailment (also called Infinite Sadness by me) is a 3 board variation of double board hi only, with one twist.

The low river card wipes out that entire board. So on this board:

The top board is wiped out immediately after dealing river before betting.

Very fun game. You can prop bet which boards get derailed when out of the hand. In the hand, it’s critical to have nuts or draws at least 2 boards and backdoor outs on the 3rd (and your outs can’t be low cards like wheel draws by definition). The quality of the turn card and how it hits your hand is absolutely critical. Involves a lot of Omaha strategy with a meta twist.

I'm a nit. We only play games that have WSOP bracelets lol. And no love for fixed limit? I find our limit HORSE games to be much more enjoyable, just because everyone knows that no one is going home way up or way down and just has fun.

ChipReeseG said:
Hey guys list your mixed games that you play at home, forgive me if there's a previous thread about this particular subject. Here are ours that we play:

These are all games we played so far.
You must log in or register to reply here.

Looking for an online home game to join