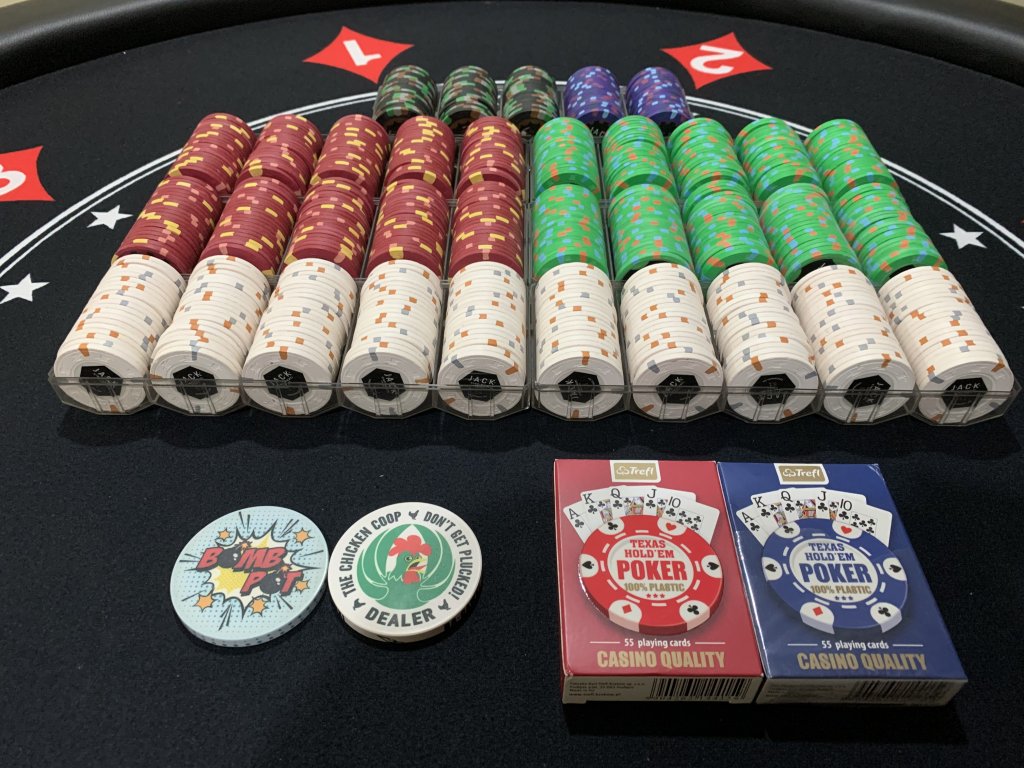 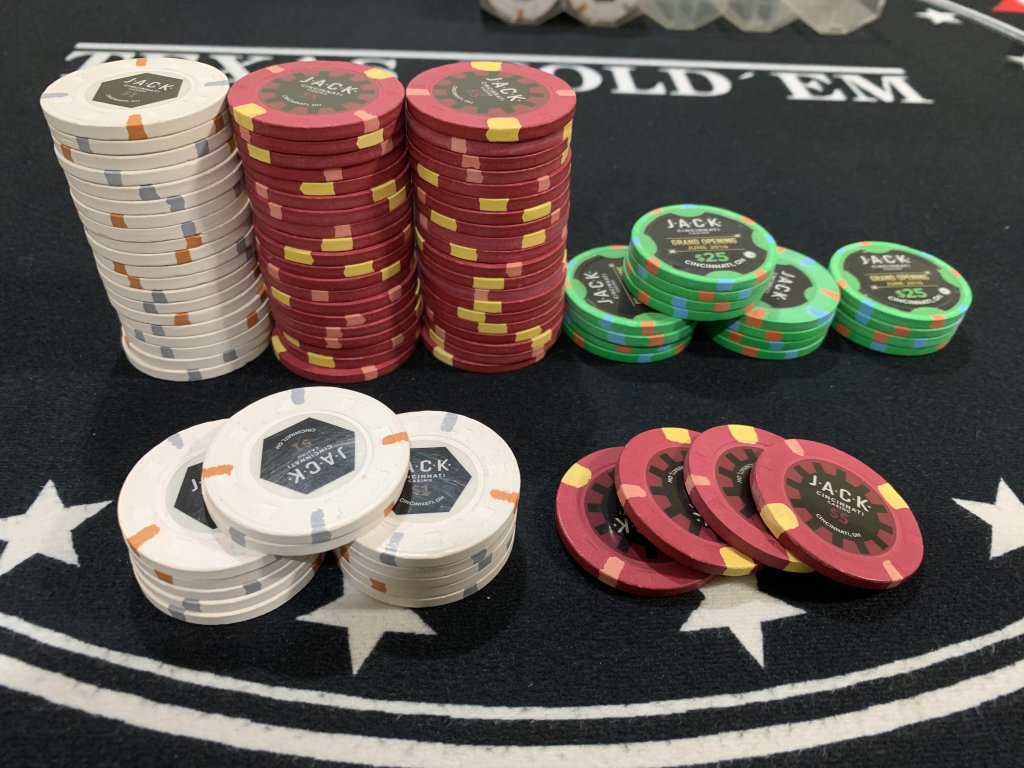 What is your total profit or loss since your first post on keeping track?

bernielomax said:
What is your total profit or loss since your first post on keeping track?
Click to expand...

Playing online at 10/20c Euro Stake NLH
It's our usual PCF Chippers casual online game at Pokernow, got a couple new players that joined us yesterday and we had a Full Ring Table 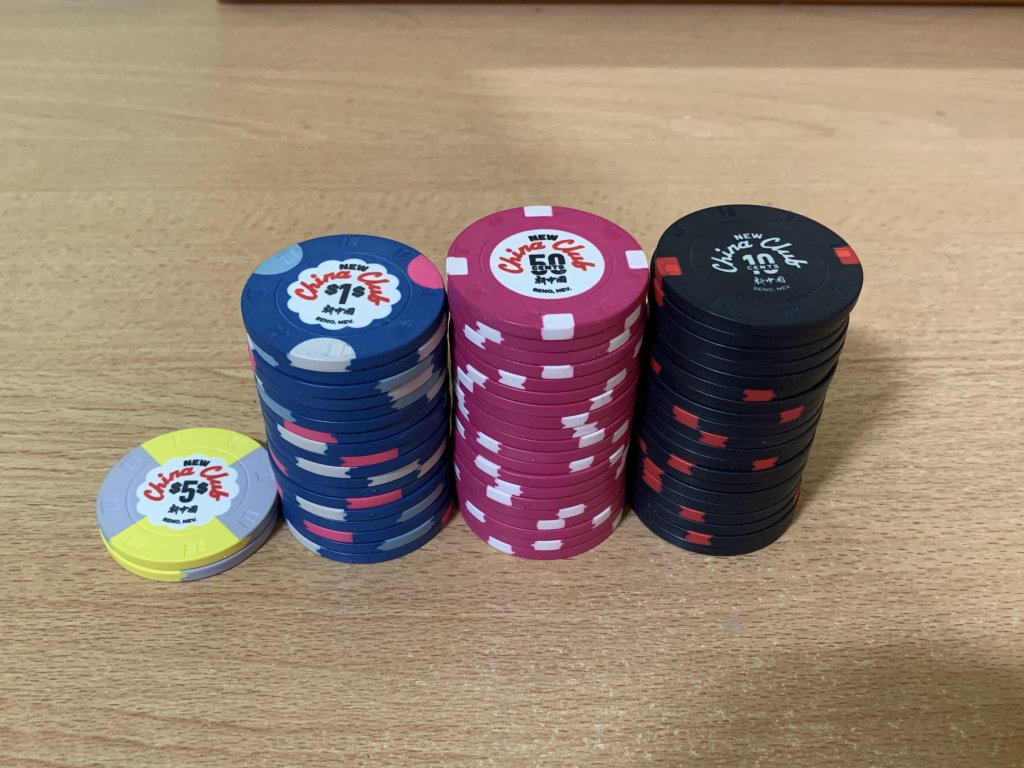 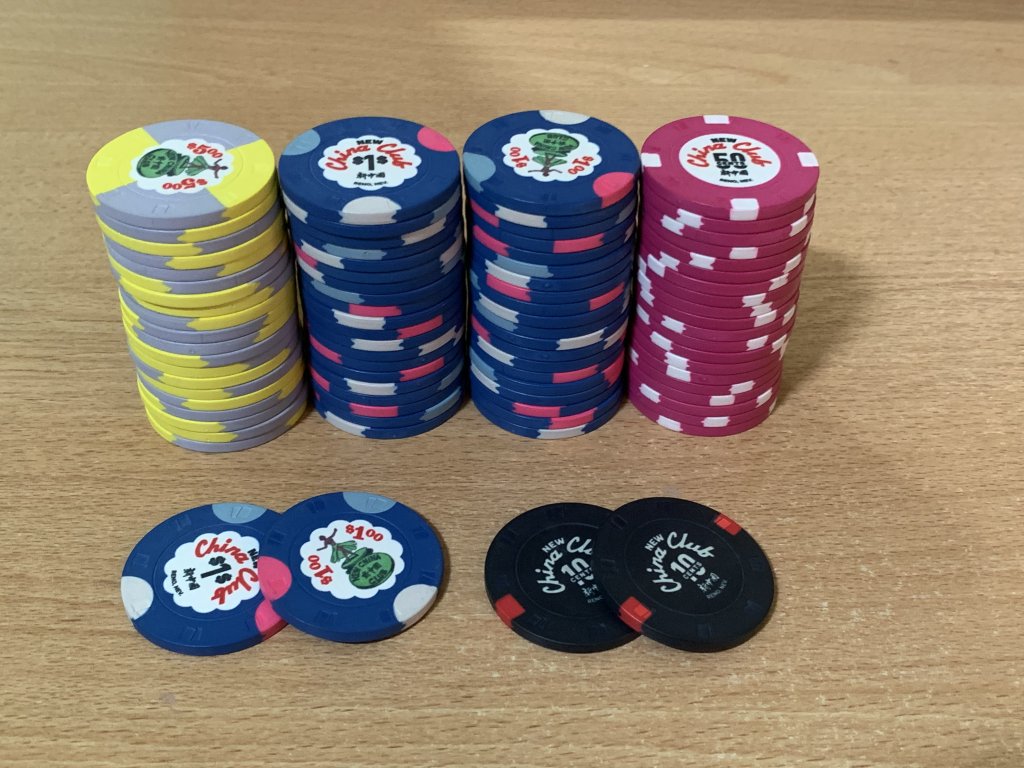 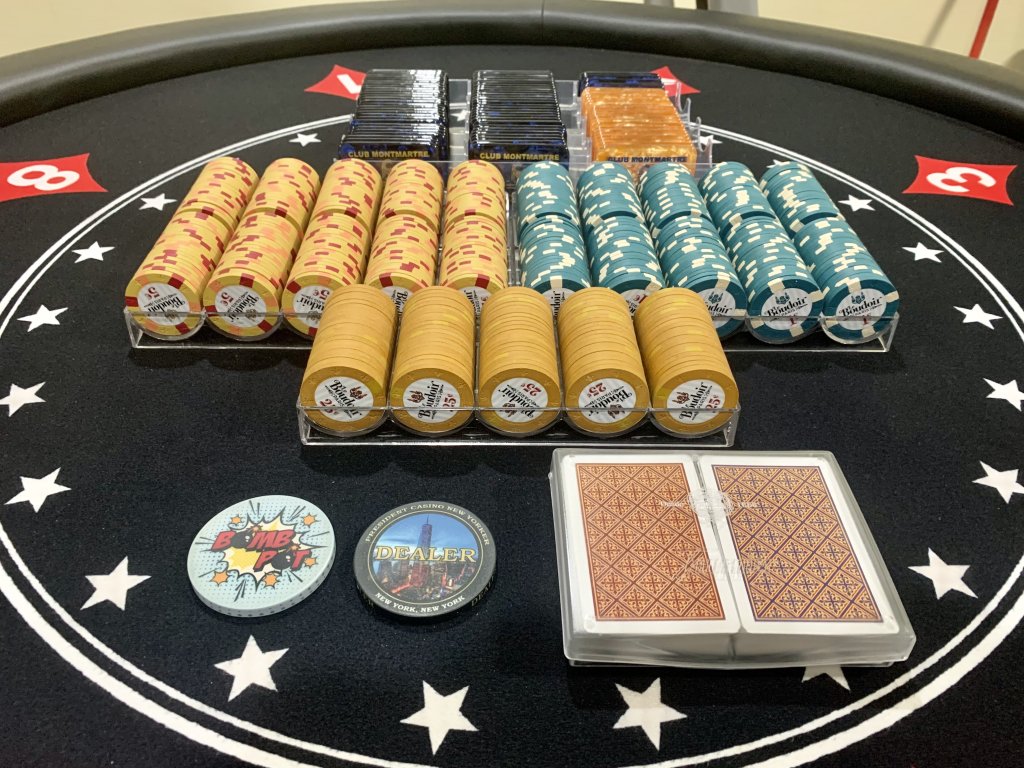 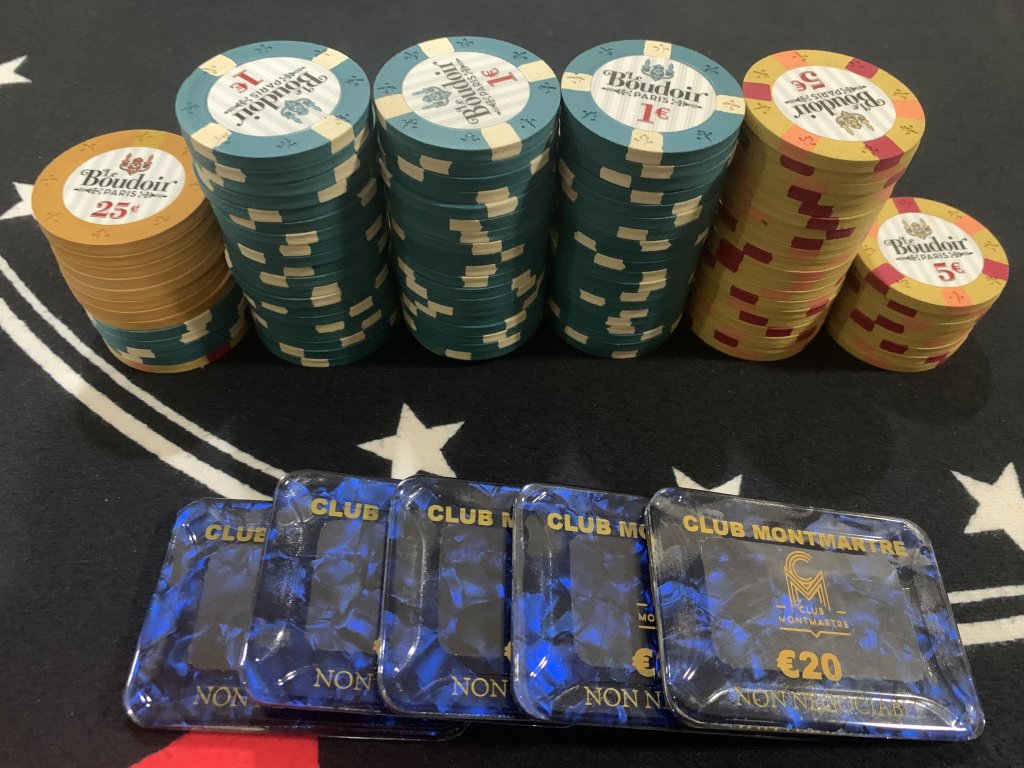 Playing at $1/$1 and $1/$1/$2 Stake NLH
Using Jack Cincin Set with Copag Cards
Joined an co-host game, was doing well early in the session but ultimately end up losing 2 buy-in which I decided to call it a day 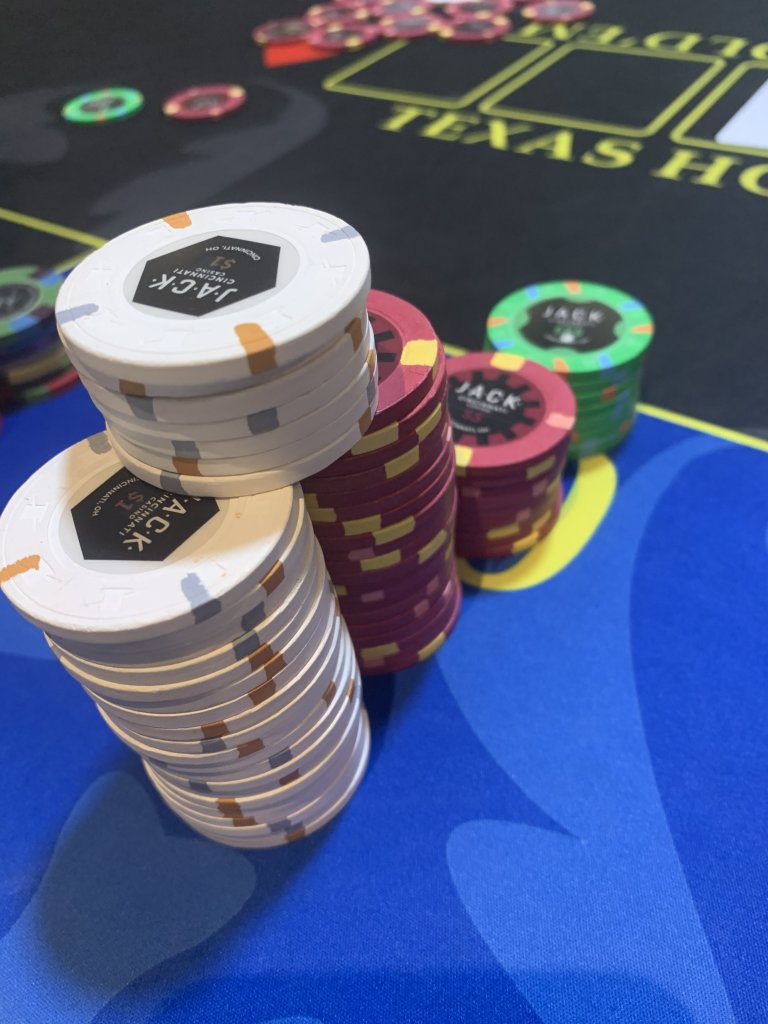 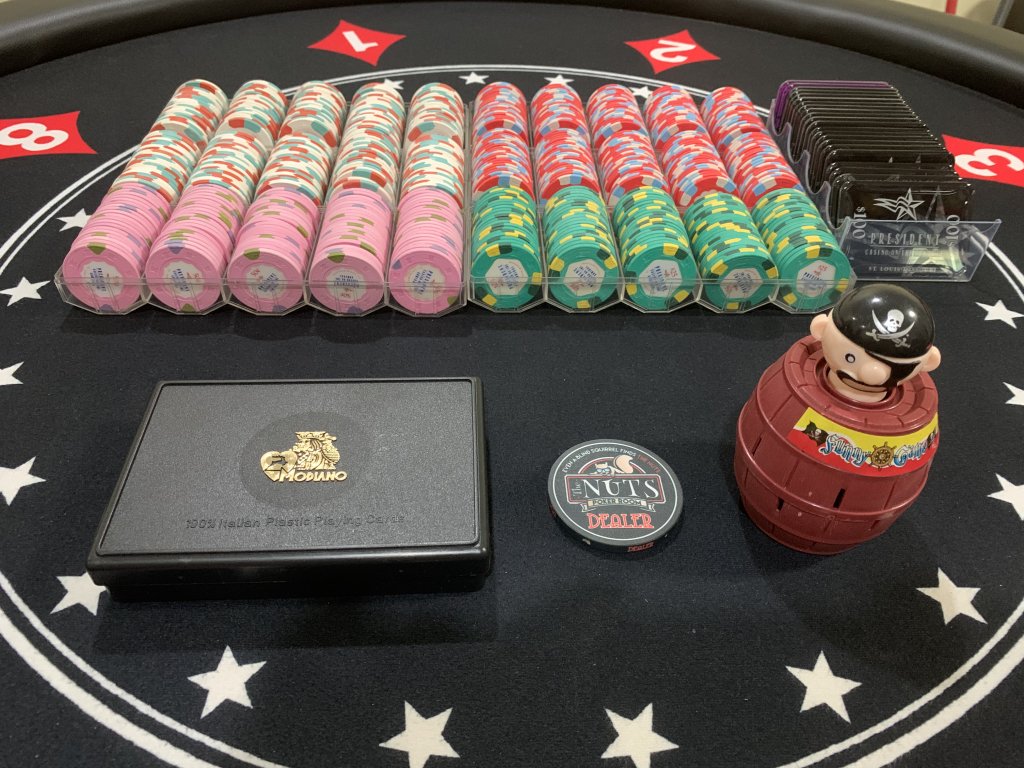 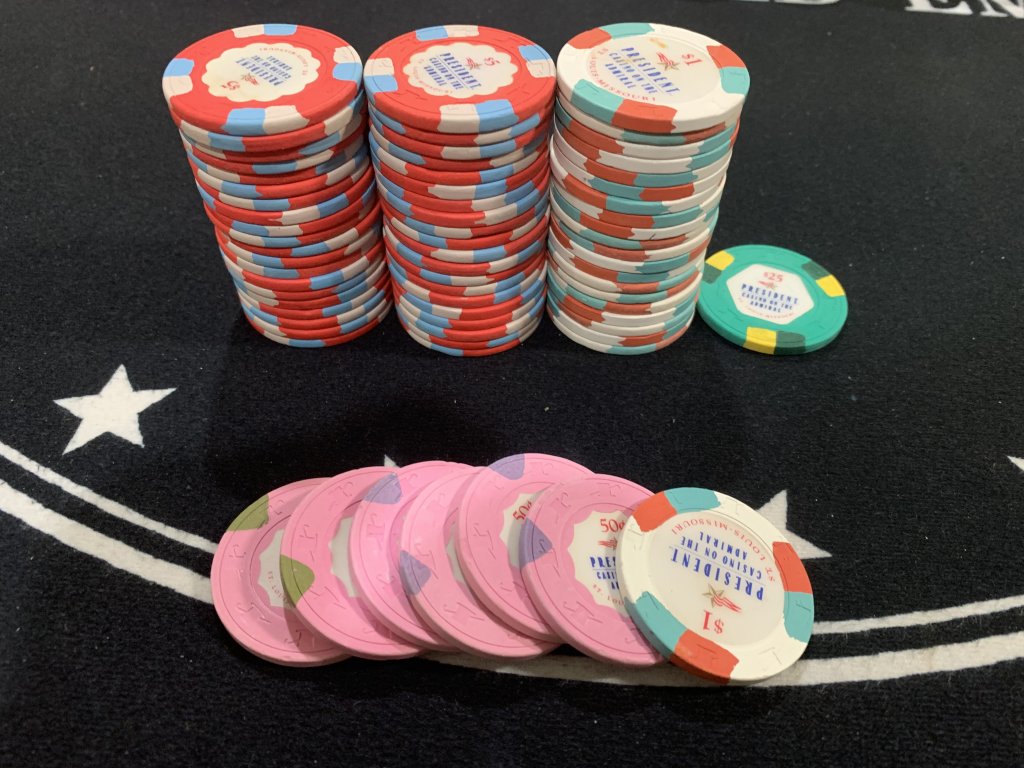 Playing online at 10/20c Euro Stake NLH
It's our usual PCF Chippers casual online game at Pokernow, with a couple players that I only played with yesterday for the first time, making it a 8 person table.

Was having cold deck for most the session yesterday but I felt I played well overall. Made quite a few right discipline fold and probably save at least the rest of my stacks twice if not more.

So I am happy to end the session with just a small loss. 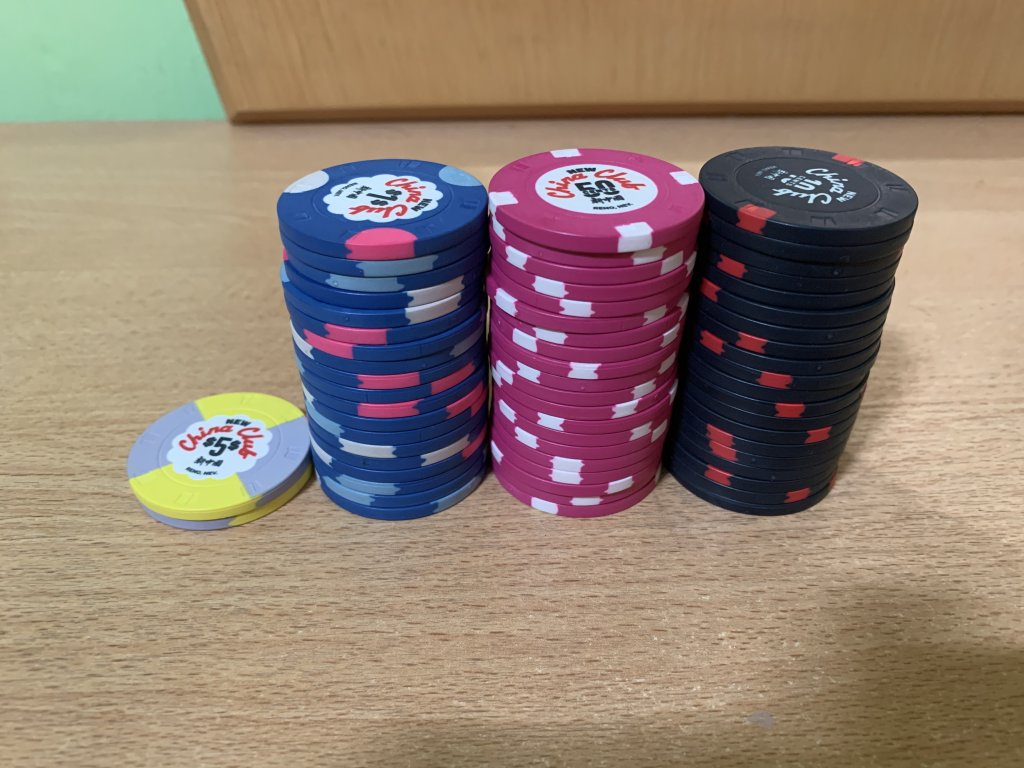 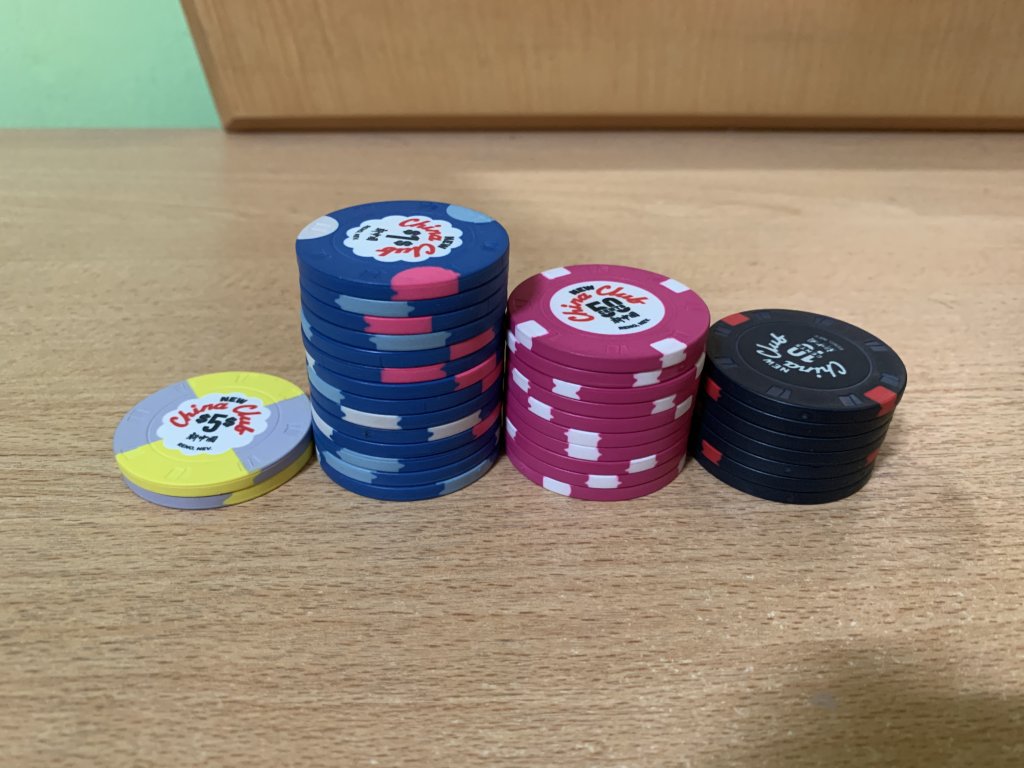 i like the change of chips weekly, and incredible organization of post formats lol.
much appreciated.
great chip sets, too.

Thanks you, I appreciated the comments

I had some regulars who also appreciated the changes / rotations as well. And some who are just happy to be playing poker.

I just happy to see the chips in play

Playing at 50c/$1 NLH with $1 BBA
Using Opus Casino Set with Modiano Card
Co-host game, played really well and hit some really good flop. Despite only getting Pocket Kings once (which i got almost max value from it) and AK three time throughout the whole 7ish hour session

I also 3! 45suited preflop and flopped a wheel and also gotten max value after I fast played my hands 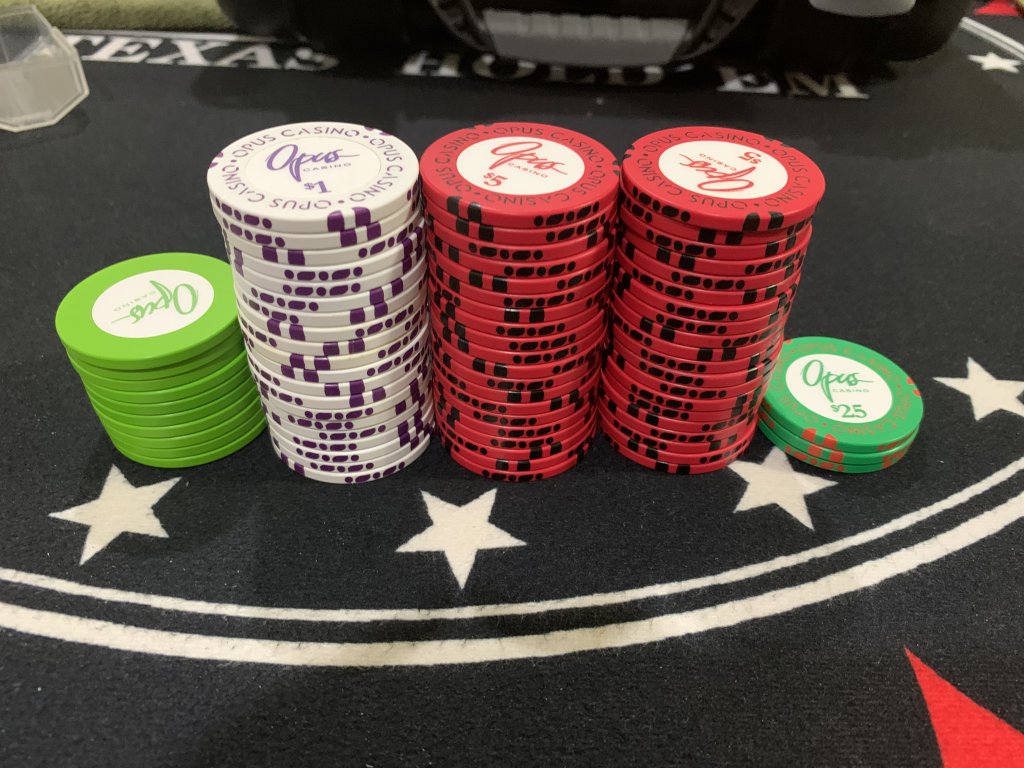 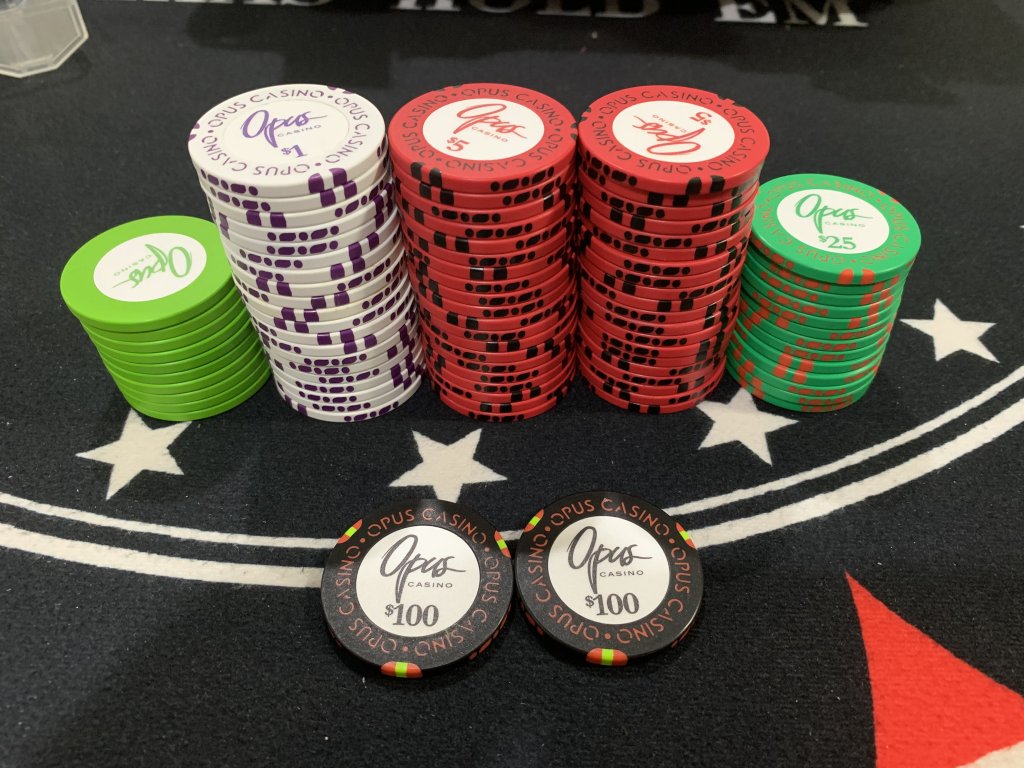 Playing at 50c/$1 Stake NLH with $1 BBA
Using BTP 43mm CM Set with Guild Cards
Had a very quiet first half, i do manage to fold my Jacks when my UTG raise was 3! by the CO & 4! by the SB. As expected, One is holding Aces and the other is holding Kings

Topped up another $100 to the stack and manage to get a double up shortly after when I flopped a flush vs a set, and it went all smoothly after that 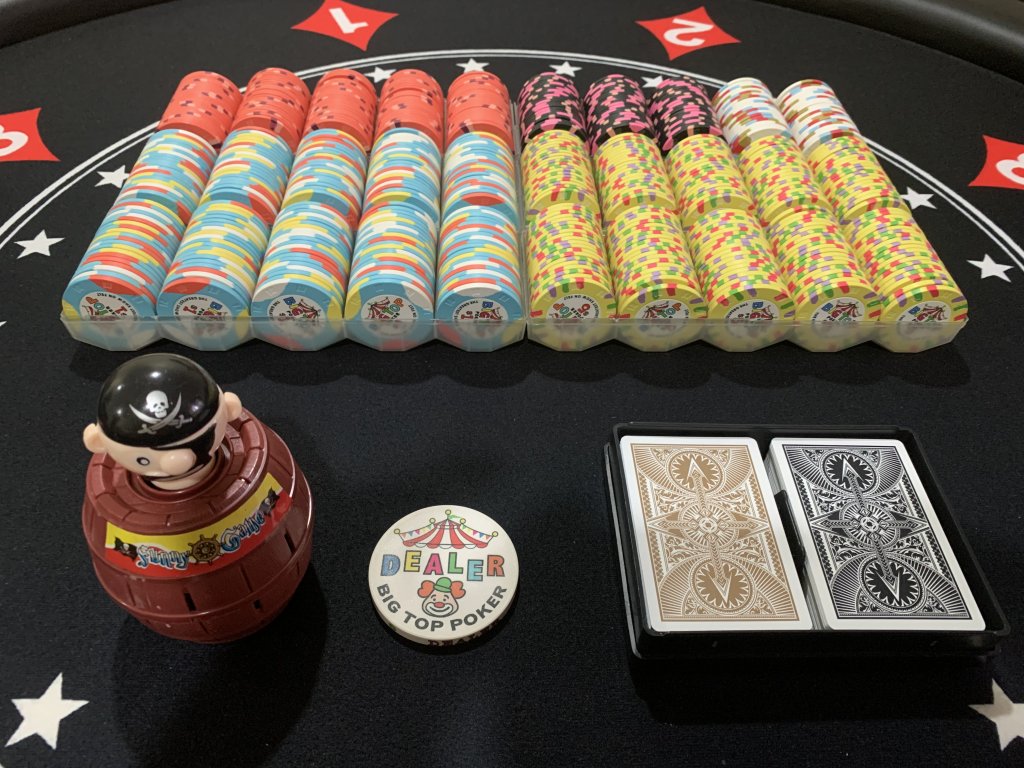 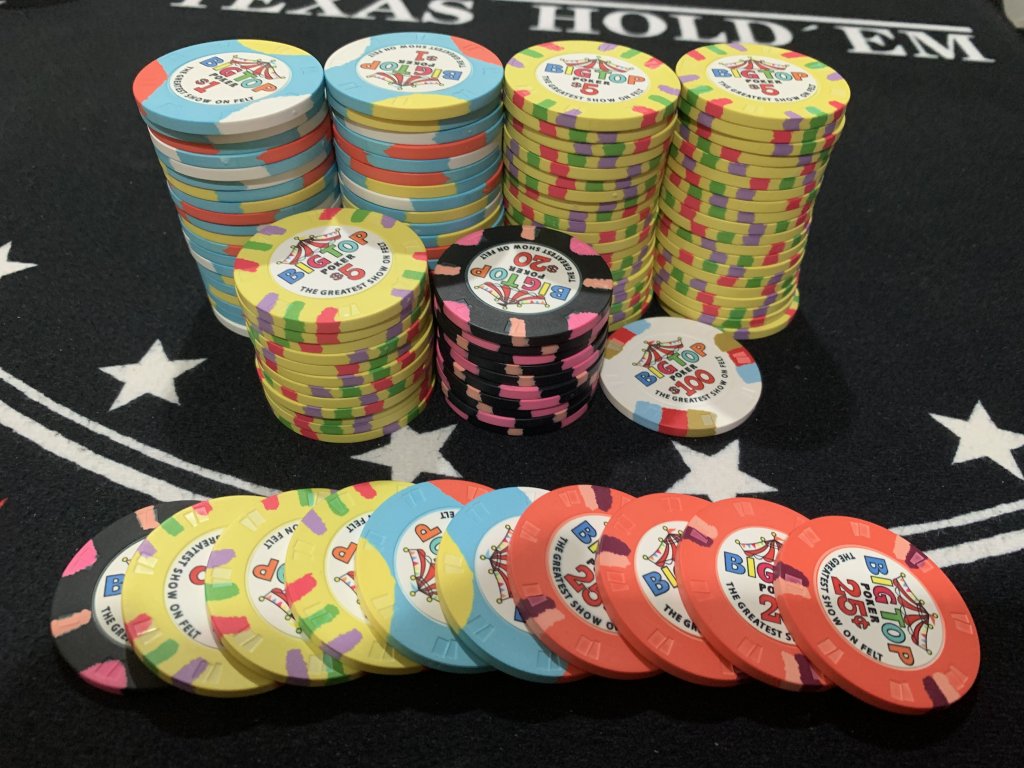 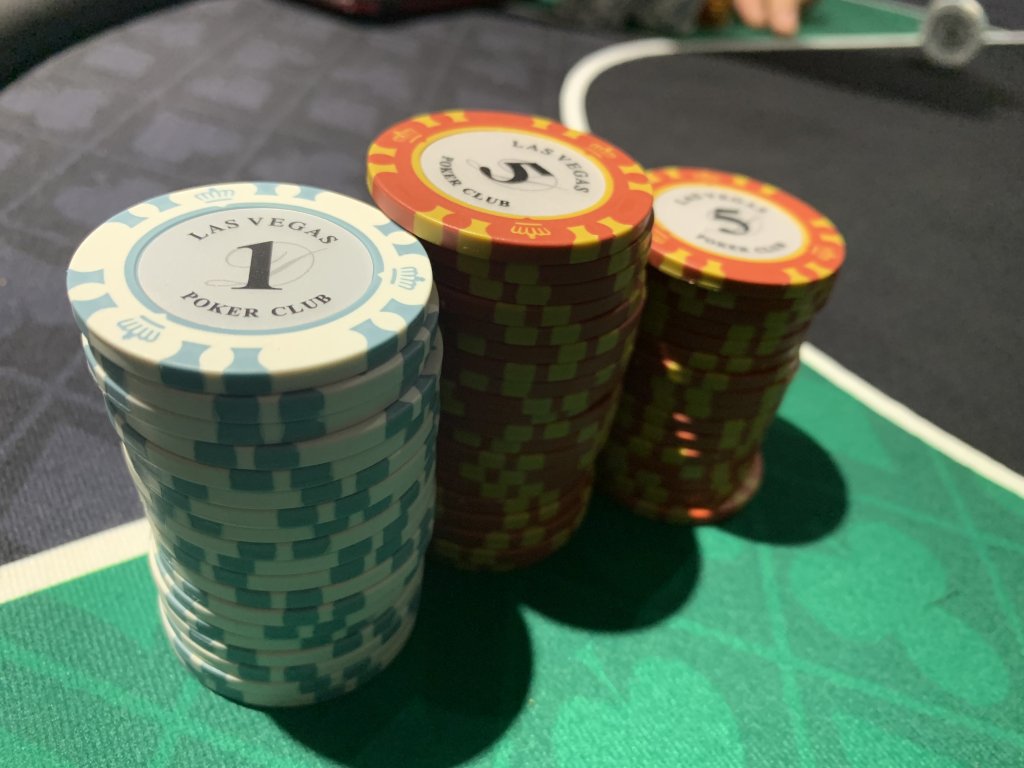 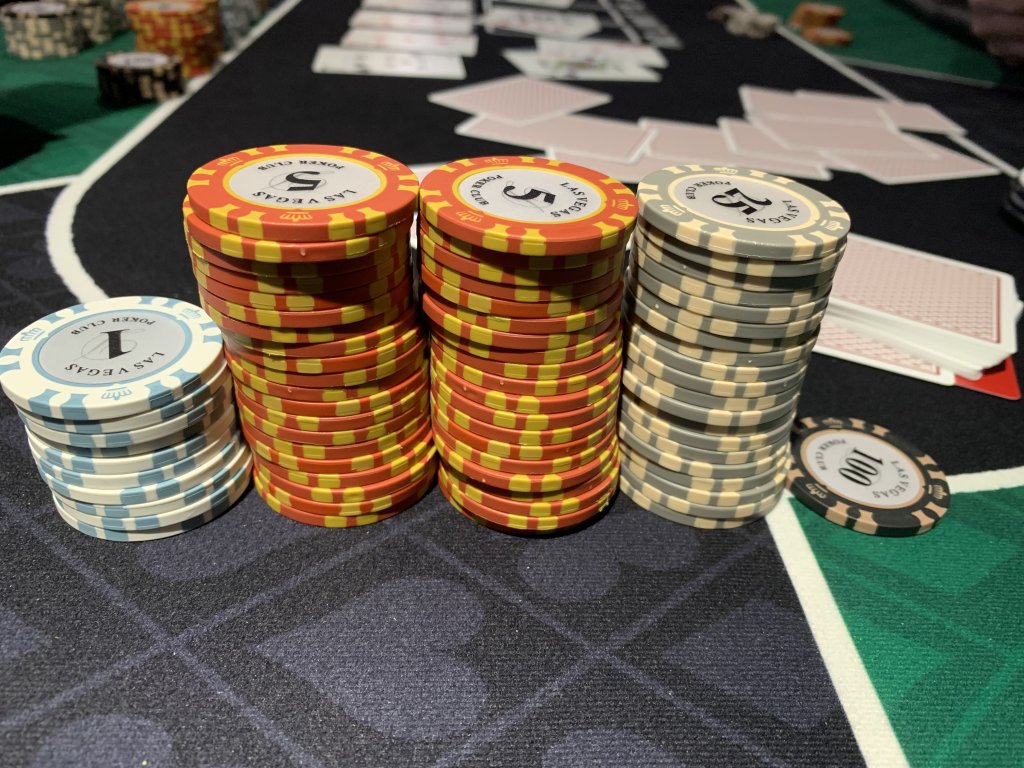 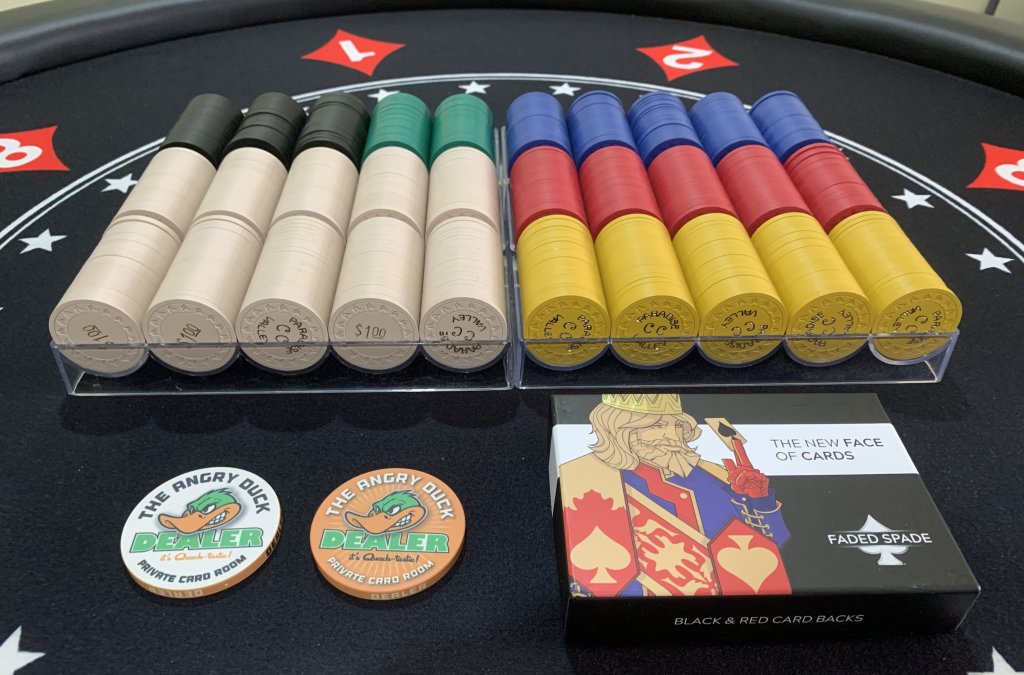 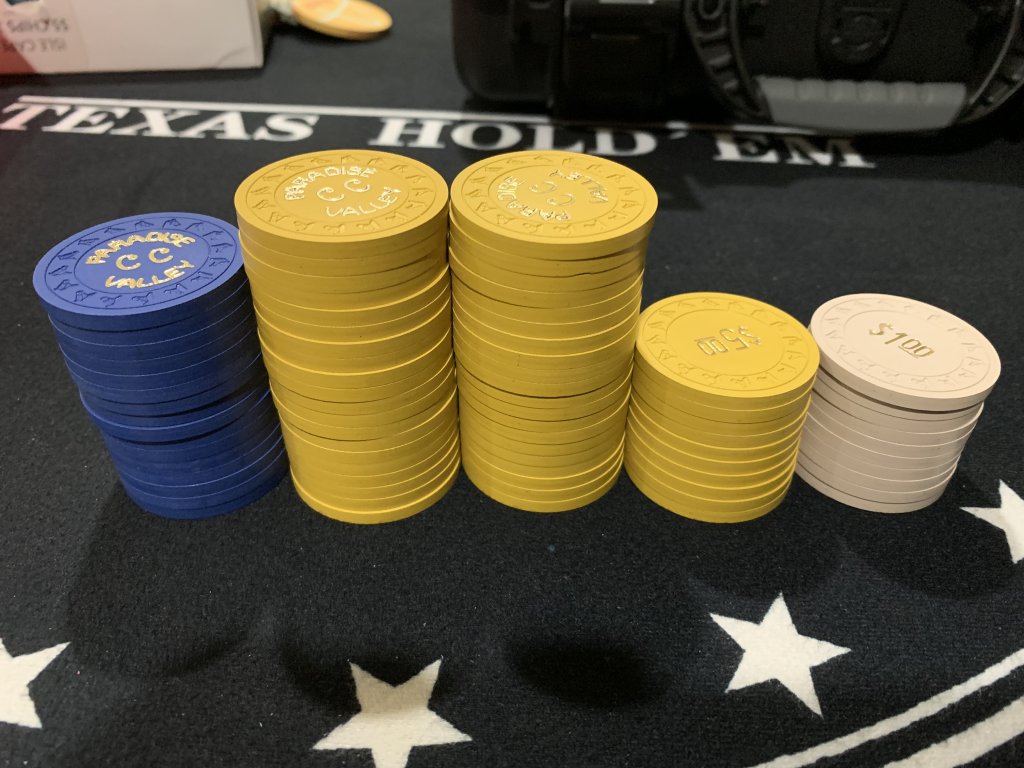 Love the setup and stack pics, but we need some shots of hands in progress!

RocAFella1 said:
Love the setup and stack pics, but we need some shots of hands in progress!
Click to expand...

Thanks. I mostly is the dealer in my home games as well so I rarely am free to take photo of hands.

So usually the free time I have to take photos is when I taking a quick break or at the end of session
Last edited: Nov 26, 2022

Was running cold early on and never won a pot for the first hour.

Chips bleed down from $200 to $91 before a crazy orbit of hands happened in quick sequence.

I continued to make some good lay down, some good check & call for the rest of the session and managed to chip up pass $2000 mark, making this my biggest score of my poker home game career 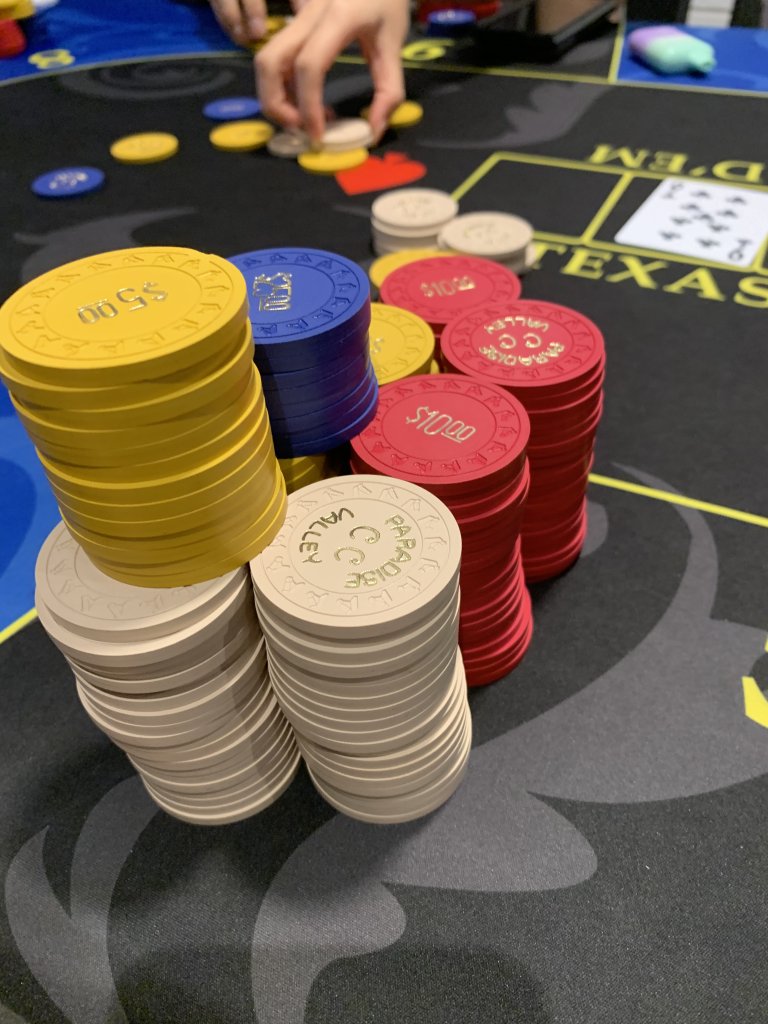 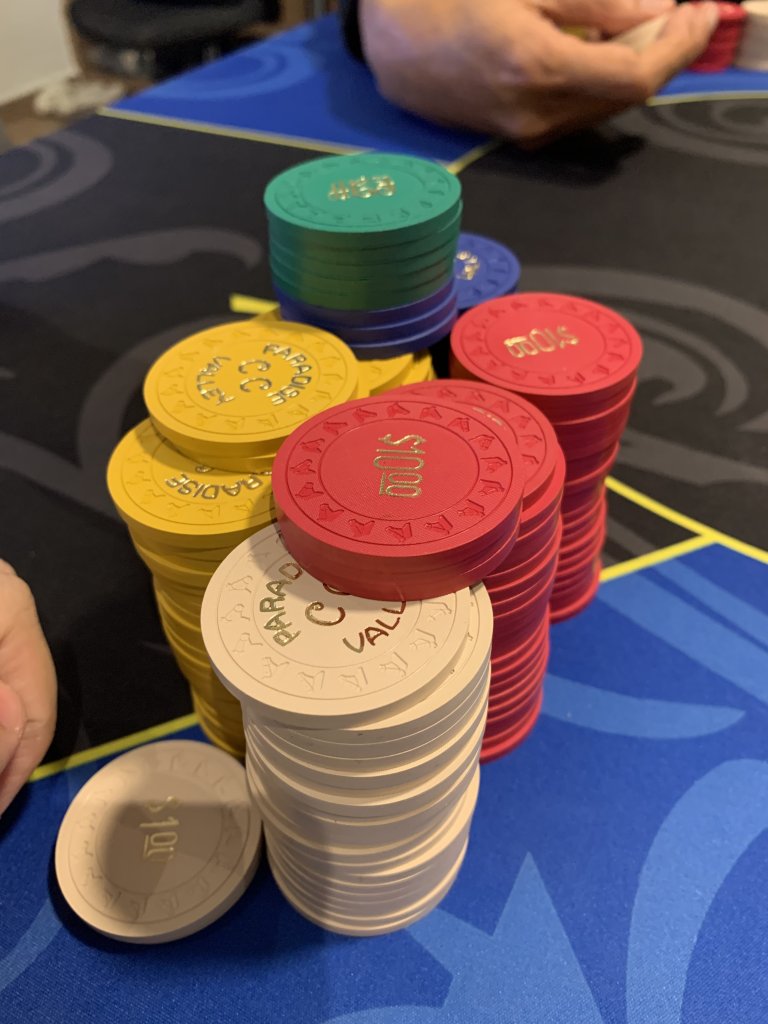 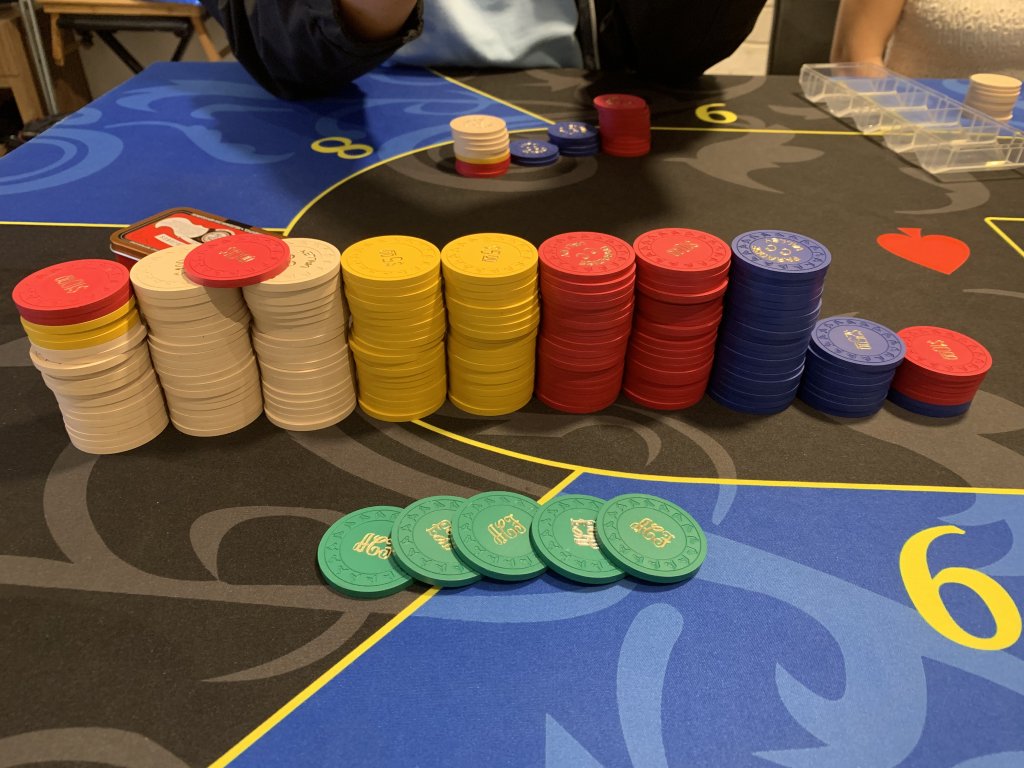 You need to post this in the Brag Thread! Haha

What is a set of PCAs like that worth? Getting a set like that would mean so much to me. The President was the first casino I ever went to (at like 11am on my 21st birthday). Won like $150 playing 4/8 and went there several times a week for the next few years till it closed. I'd be willing to bet that I've touched the majority of those 1s and 5s.

bernielomax said:
You need to post this in the Brag Thread! Haha

Here is kinda my own Brag thread or Hall of Shame thread, depending on how I run

The Set I currently own is the primary used set which the $5 might be too worn for some chippers, but for your reference I paid about $2/chip on average for my primary set and I gotten the $100 plaques instead to add on to the set as the $100 are kinda rare and expensive to get (I seem they are sold at $10 to $15/chip and I will need around 2 barrels of them)

Ahner said:
Getting a set like that would mean so much to me. The President was the first casino I ever went to (at like 11am on my 21st birthday)
Click to expand...

That will mean a lot, wish you luck on finding one.

That not often many PCA turnkey set that are available for sales. One might need to source a few venues to get the ideal breakdown.
You must log in or register to reply here.

Starting a Home League but a Dilemma

Wanna Start a Home Game, but there's a Problem

T
Ready to level up