How was this hand played, from both POVs? (1 Viewer)

I'll wait for a few comments before I post more...

Location
East of Vancouver, but not beyond Hope...

My guess is V is holding either a K or a 3. Is this live or online? I tend to believe it when someone check raises.

Edit: what are the stack sizes?

It’s either a fold or call for me. At these stakes though I think a fold is best as this line reeks of trips to me. Maybe A3s or 34s. On the other hand you’re blocking the nut straight with the 10 and you beat AK but I doubt he plays AK this way. He could have AQ and play this way. The bet, bet, check raise line is still really strong. I fold unhappily here.

LotsOfChips said:
Edit: what are the stack sizes?
Click to expand...

A little more info that I didn't include earlier:

I would check. Only hand you are ahead is AQ.

Remember with two threes on board a single king has two-pair now that beats queens-up. That actually moves me into the river becoming a check-call spot. You now lose to any Kx and beat only hands like AQ or QJ. It's a tough proposition to get value.

I would have probably gone for a raise on the turn personally as hero. Three handed I would just be hoping villain has a queen and is ready to play for stacks.

There are too many variables in favor of the V in this case, and I would have called the river just to see what their hand was. It would be worth it (in my opinion) to learn V’s strategy to see if they trapped, chased or bluffed the whole hand.

If I was in V‘s position with A-high or marginal K? hand pre-flop, it would force me to a continuation bet on flop, and possibly the turn - the River raise is a bluff (or a trap if I had the K) to push you off your hand with K over-card to your Q.
If V had you beat from the start with a 3, higher Q, or a lucky K, then they played the hand well for max value (especially the lucky Rivered K)!

I would have raised on the flop with my Q and the 3s showing, just to see if they had a hand to stay in with - maybe to £12. It’s small enough that someone who hit would call but high enough to push a chaser/bluffer out.

That‘s just my opinion though.

pf: No issue. You can raise here sometimes with this hand 3 handed. I think a mix of raise call is in order...maybe more raise against a TAG because you can take it down more often.

Turn: raise. Now is the time. Standard to 3X will get us in a good position to get stacks in with the river bet.

River: FUCK. I would have bet much bigger for value and I am not folding. If he luck boxed into a K, so be it. However, I think a turn raise makes this less of a decision where you can just call him off. You are beating all Qs here though (except obv Q3 or QK), all other pairs (he should not have many 3s if he is a TAG, even 3 handed). As played, call.

Ok, here we go... I can tell from the replies that I played this badly and failed to take lots of things into account. I think I need to post hands here more often!

I'll admit this was partly down to curiosity. I know it's awful discipline to pay someone off to satisfy your curiosity but that check raise really did baffle me! I couldn't be sure either way and because I could afford it I paid it. Pfft. 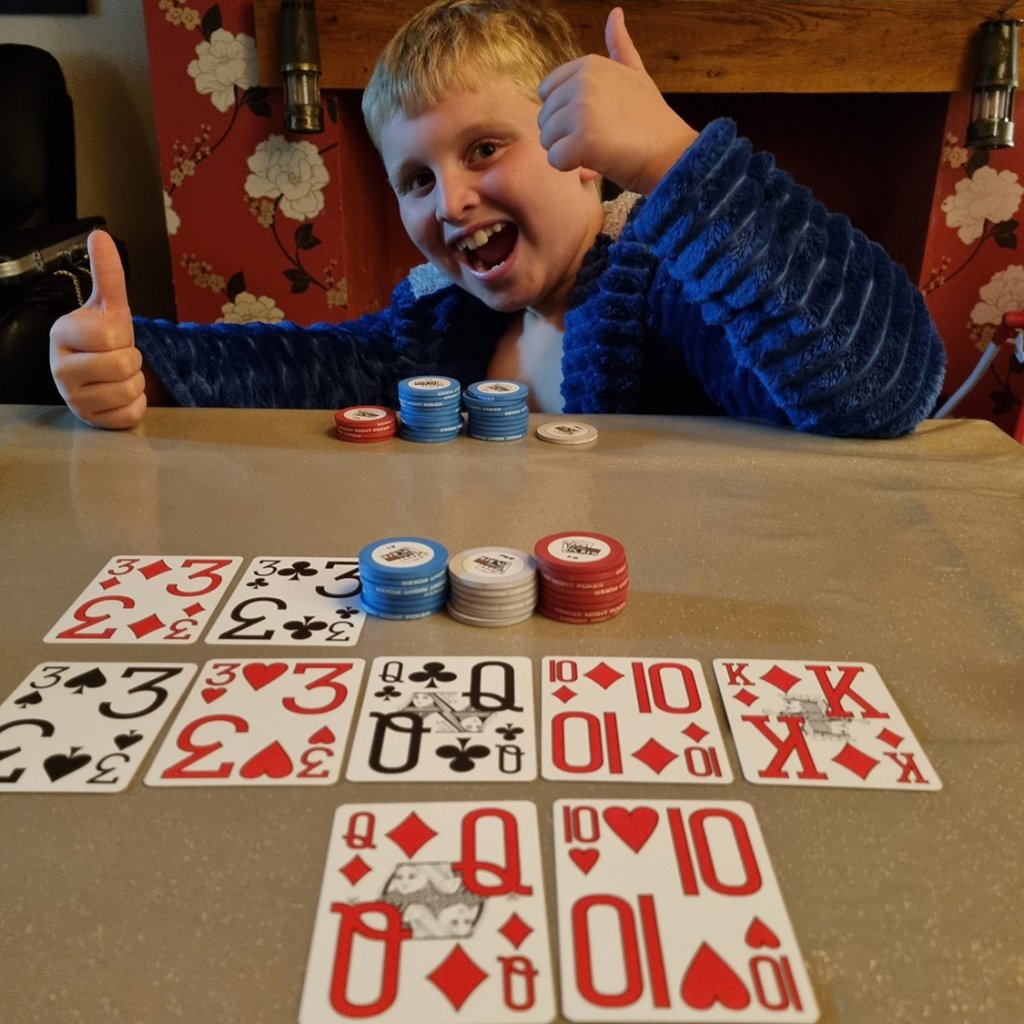 Location
East of Vancouver, but not beyond Hope...

Flopped quads and he played it (you) perfectly. Future shark in the making!

For you, hard to get away from TP and then Top 2, but the C/R on the river was a red flag for sure.

Yeah in low stakes people tend to play pretty face up when they are strong. The lead, lead, c/r line is most of the time a strong hand. Personally, if I don’t have a nutted hand and V has led both times into me I check this river and call a reasonably sized bet. If you do that you aren’t going to be faced with the c/r which is just a dreadful spot. Imo V played it pretty well here except the super small 1/3 pot sizing on the turn. If you called with a Queen on the flop you’re still calling with a Queen on the turn so a sizing of like 7.50-10 will be better here.

Yes, very well played by villain. I may not have checked that river myself in his spot, but it worked out for him . I would be too fearful of checkbacks there when I hold the nuts.

On hero's part, I do think the river weakens his hand so much it should be a check-back. Even if hero is usually best, it's hard to get paid by a second best hand here unless villain is going to call super wide (like unimproved Ax wide) and everything that beats hero is sure to at least call.

And again, I think hero should be going for value on the turn. Even though we know villain has one of the three value combos (33, TT, QQ) that would worry us, in most cases this feels like missed value. A lot of one pair hands can call as well as straight draws. You can only collect on those sorts of hand on the turn. On the river, they either missed or beat you.
Z

River is a spew. Checking the river everytime. I dont mind the call on the turn. Im raising the turn probably about 50% of the time.
You must log in or register to reply here.

Second in Chips 5 handed in a League Tournament. AQo in the C/O
2