Here's a mold I hadn't seen until now 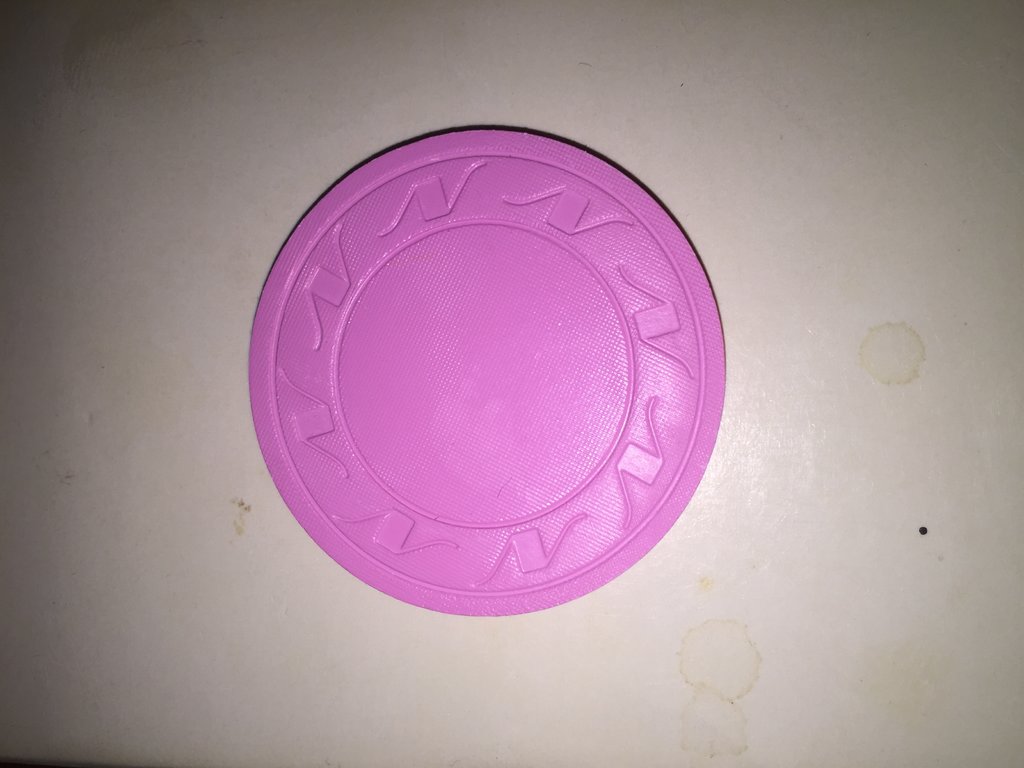 At first glance I thought it was some kind of water kettle for a garden. It's actually intended to be a slanted 'N', though - the first initial of the chip's manufacturer. 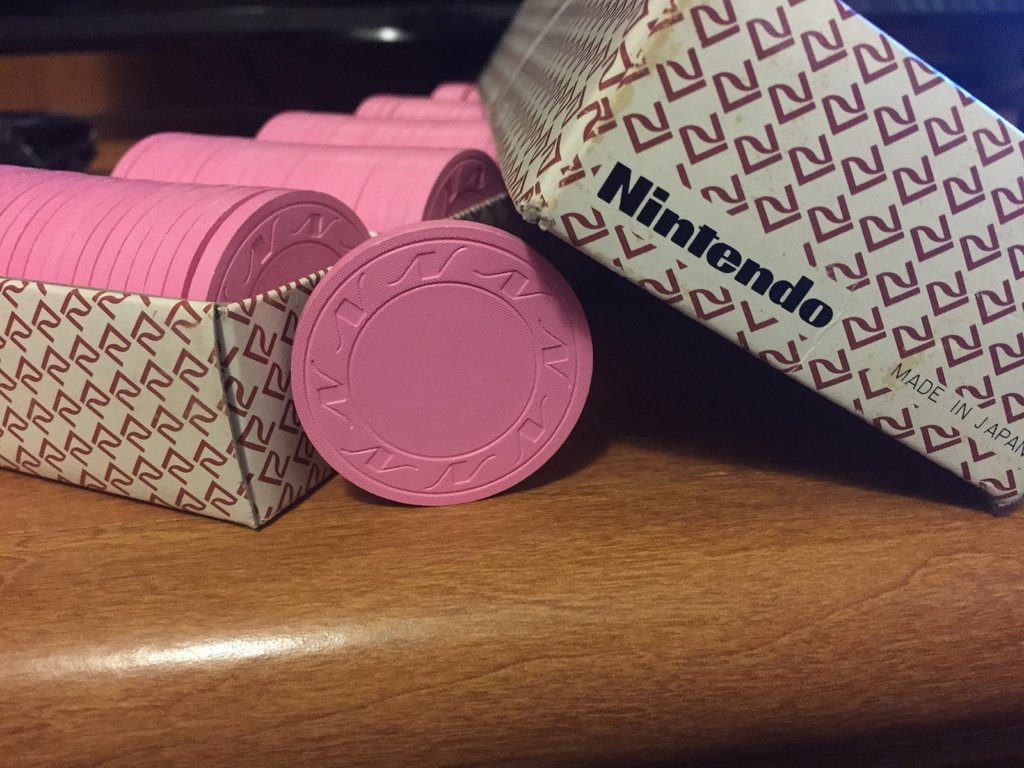 I think it is called the lazy N or oil can mold.

I saw white ones on eBay a while back. Different for sure.

Ah, the mystery of the "Nintendo" mold…

LAZY "N" (a/k/a OIL CAN MOLD) -- 8 N's or oil cans. A recently discovered old mold. Distributor is unknown. It's a real mystery -- it wasn't made by the Burt Co., which manufactured most of these old chips. Steve Goodrich provided the scan..... I have recently picked up a number of chips with this mold, including this one for bpoe Elks Club lodge 1907, Rangely CO (only one chip).... Ah ha, maybe the "N" stands for "Nintendo." In August 2014 on eBay, 100 of these chips appeared in a cardboard chip box, printed on the box is "Nintendo, made in Japan." Everything was complete and in mint condition. The chips were plain white, with the "Lazy N" mold. Here is a picture of the chip, the Nintendo box and the "N" logo of Ninendo, which appears on the box. Nintendo was founded as a playing card company, a product it still makes. It is the largest video company in the world by volume and the third most valuable company in Japan. ....... The ones I have for sale are hot-stamped "MCL," are in very fine condition, colors: red, white, blue, yellow. I also have plain white. Some others have on them SOR (or SQR). 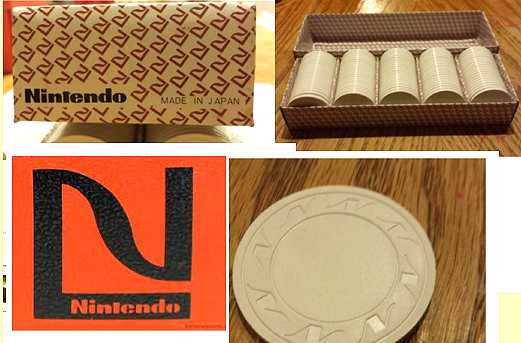 My google-fu also revealed someone’s blog site where they bragged about snagging boxes of these at a thrift store for $1.99 and then reselling them for $30+ on Ebay. 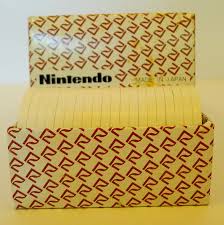 I searched for these Nintendo poker chips in Japanese and this is what I found... 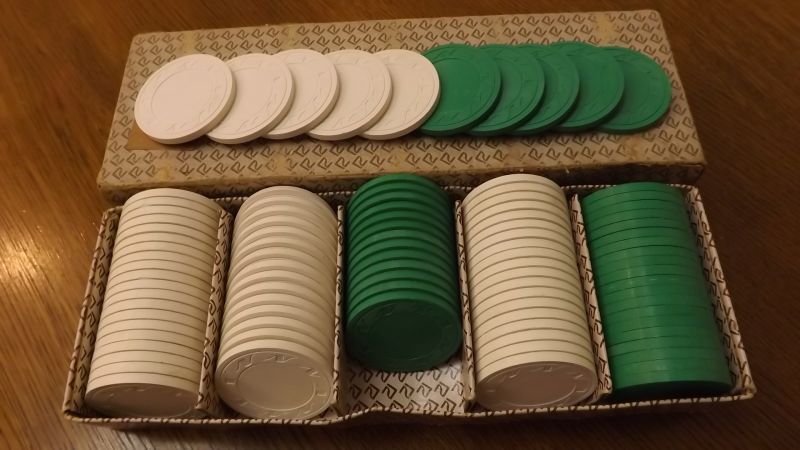 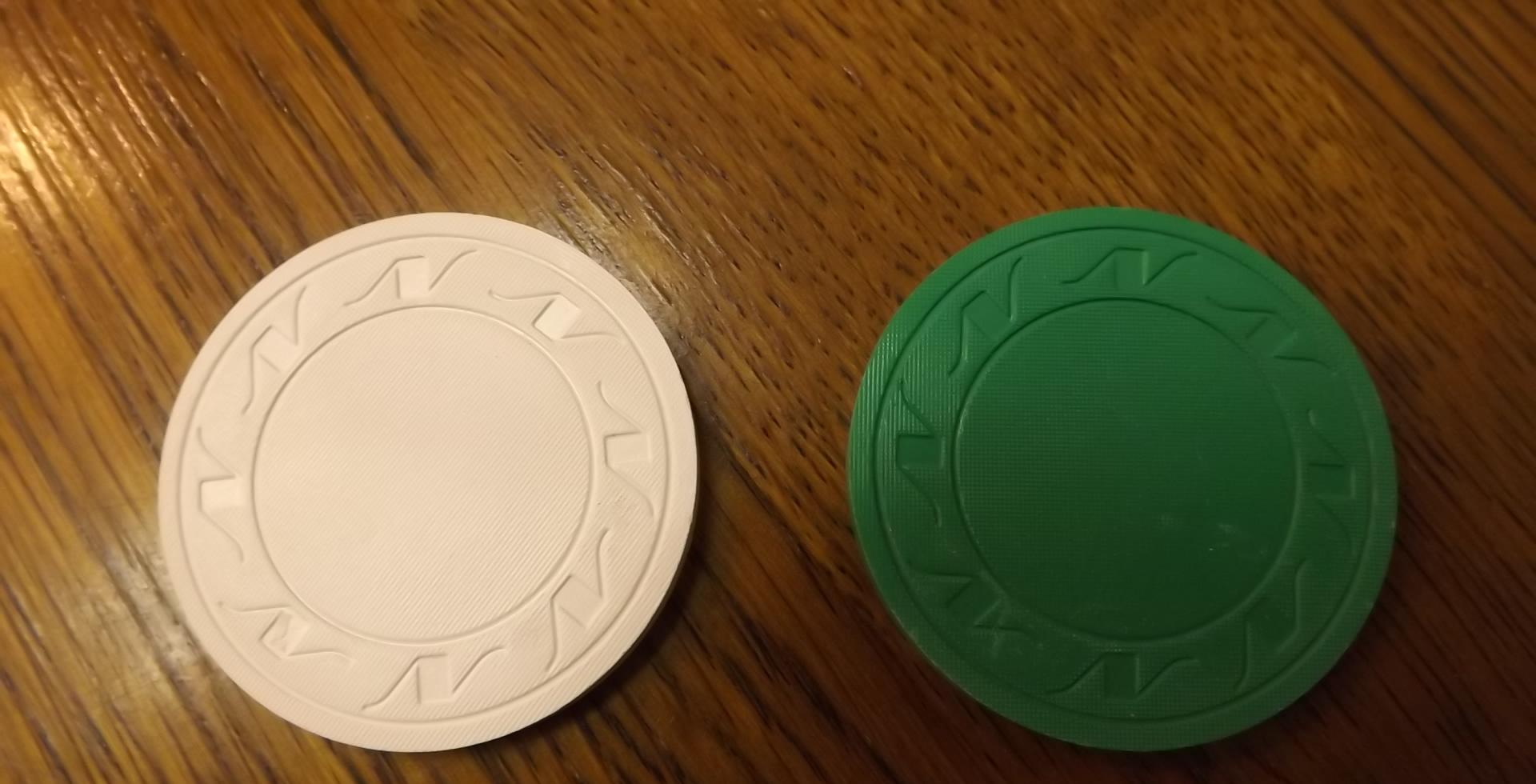 Since I'm doing research anyway this is what else I found:

If I was blindfolded, I would swear that these were injection molded chips, but under a glass, there are no signs of injection points. They feel like a soft plastic, but are compression molded and have a ring when dropped. 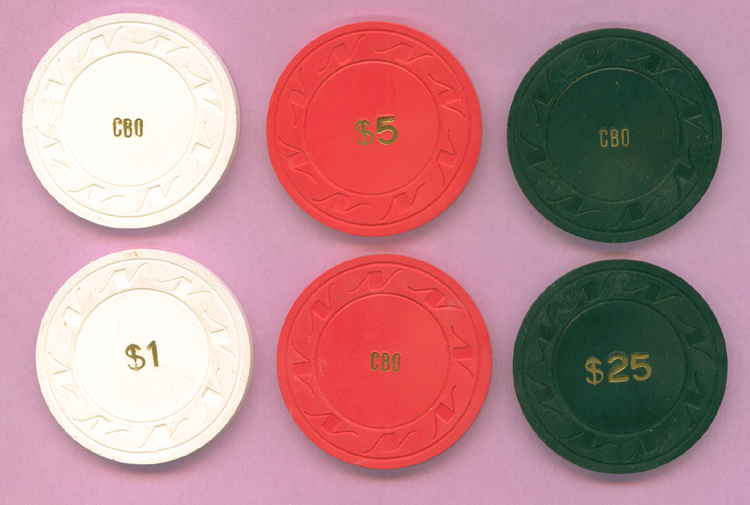 Pretty cool. I have a deck of Hanafuda cards that was a club nintendo prize. The pre-Mario history of Nintendo is pretty interesting.

It belongs to the cheshire cat. It's the Paulson mold after jumping down the rabbit hole.

So I picked up 2 racks of Nintendo whites recently, and I have to say, these chips feel pretty substantial. I thought they'd feel like super diamonds, but definitely not. The weight averages around 9.4-9.6gr, and has a pretty substantial sound to it when shuffled.

Not bad, not bad at all. I'd love to get more colors and hotstamp them.

I am the newest member of this club. This is the first time I've seen this mold.

My home game line up