Ever Remember your first Cash Set?

Do you still remember your first Cash set? The one that you buy bits and pieces that you formed together for your own Home Cash Game.

My 1st Cash Set was indeed for 5c/10c and up to 25c/50c and at a budget cost. Without any much research i end up with a lot of unnecessary demo.

Presenting my chip break down.

It was make up of 4 different type of Poker set, so you can say it a mixed set

I think mine was the NJ skulls set with denoms from 5c to 25k.

MrWitti said:
I think mine was the NJ skulls set with denoms from 5c to 25k.
Click to expand...

Just in case your 5¢/10¢ game gets really splashy.

My very first set? I was in elementary school still. Pretty sure it was from Walmart. 4 colors. Non-denoms. Use it maybe one time.

These interlocking bad boys that weight about 0.5g each. I was about 10, so early 80's. 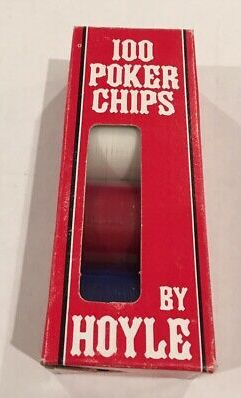 In college we saved up our Marlboro Miles to get this set. I remember thinking it was the coolest thing in the world. 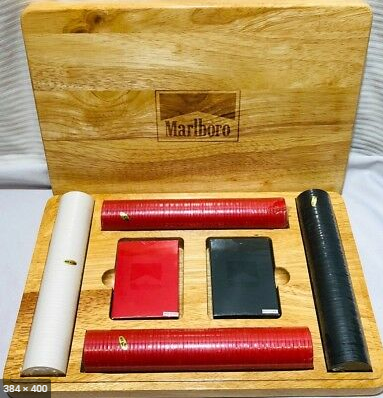 Mangatang said:
In college we saved up our Marlboro Miles to get this set. I remember thinking it was the coolest thing in the world.

Do you still have that set? Its Sweet! I don't even smoke cigarettes but its a nice set.
assuming plastic? 7grams'ish?

Sure hope you kept it.


My first set looked exactly like these. I remember them being pretty good (later versions Really dropped in quality). I bought this set because a good friend had the same chips. I ended up bringing them out to a game as an expansion to his set for a big tourney and just left them there.... I bought this set of Nexgens the next week. So all in all I had the Trademark chips about 2 weeks then got a set of Nexgen's and had around 2600 Pharaoh's a few months after that all while back in University for the 2nd degree. Cards paid for a surprising amount of text books and were quite fun back then. 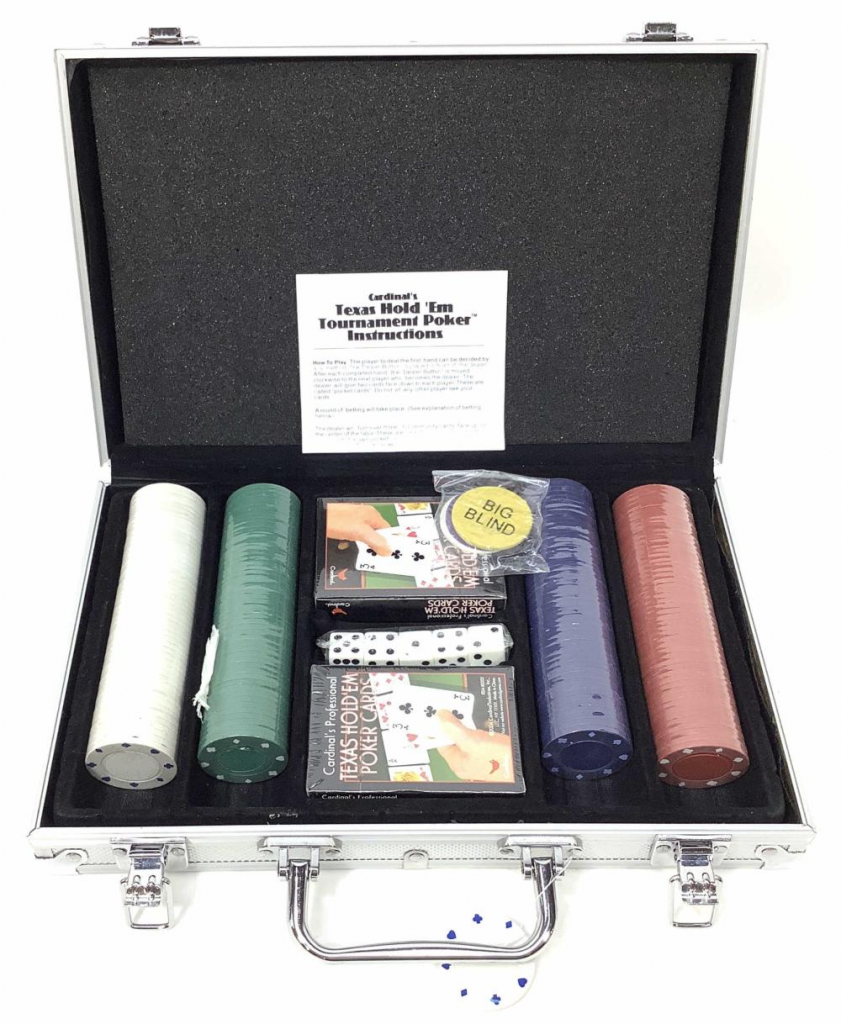 philhut said:
Do you still have that set? Its Sweet! I don't even smoke cigarettes but its a nice set.
assuming plastic? 7grams'ish?

I wish. I don't even know what happened to it. A group of us pitched in to get it, so I'm sure one of the other guys ended up with it, but that was over 25 years ago. I remember, even the non-smokers in the group would pick up Marlboro packs they saw laying around and grab the Miles off the back. I don't remember how many it took, but we were saving for months.

Dice chips. Setup a game in the lounge of my buddy's apartment building. 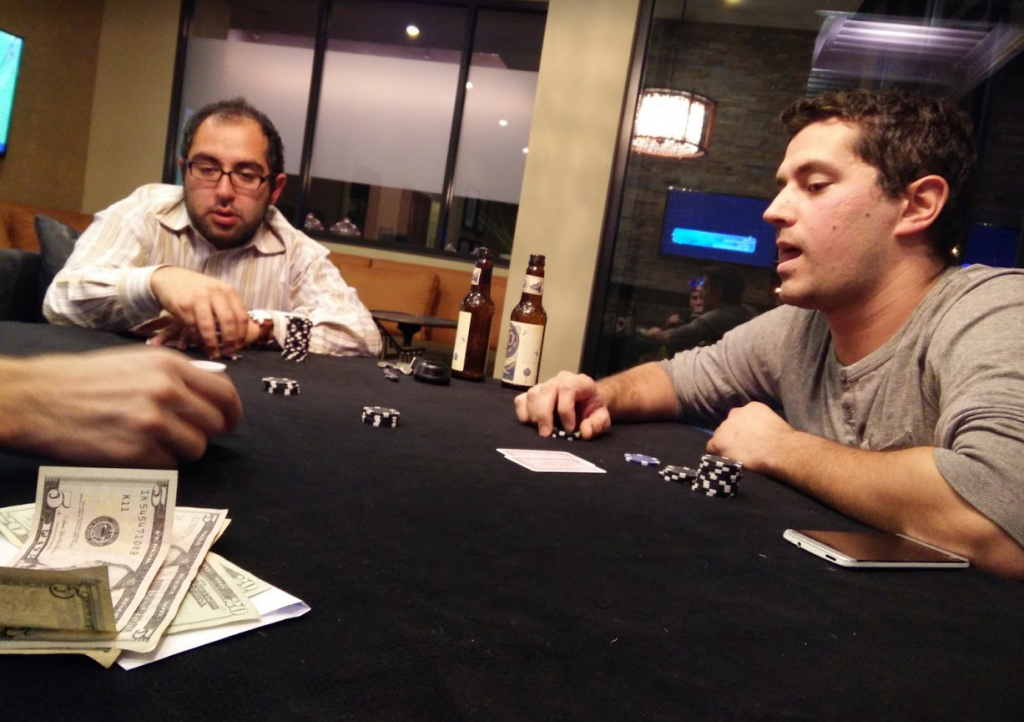 If anyone is interested in the Marlboro sets, these show up all the time on ebay. 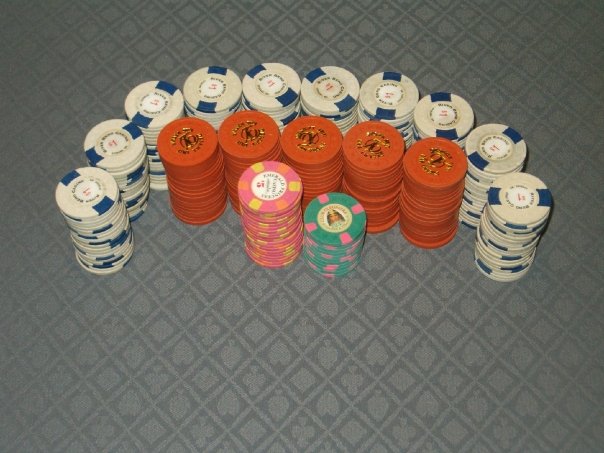 CrazyEddie said:
If anyone is interested in the Marlboro sets, these show up all the time on ebay.
Click to expand...

I see them frequently on FB Marketplace too

I still have my first set, in its original c1970s travel bag! 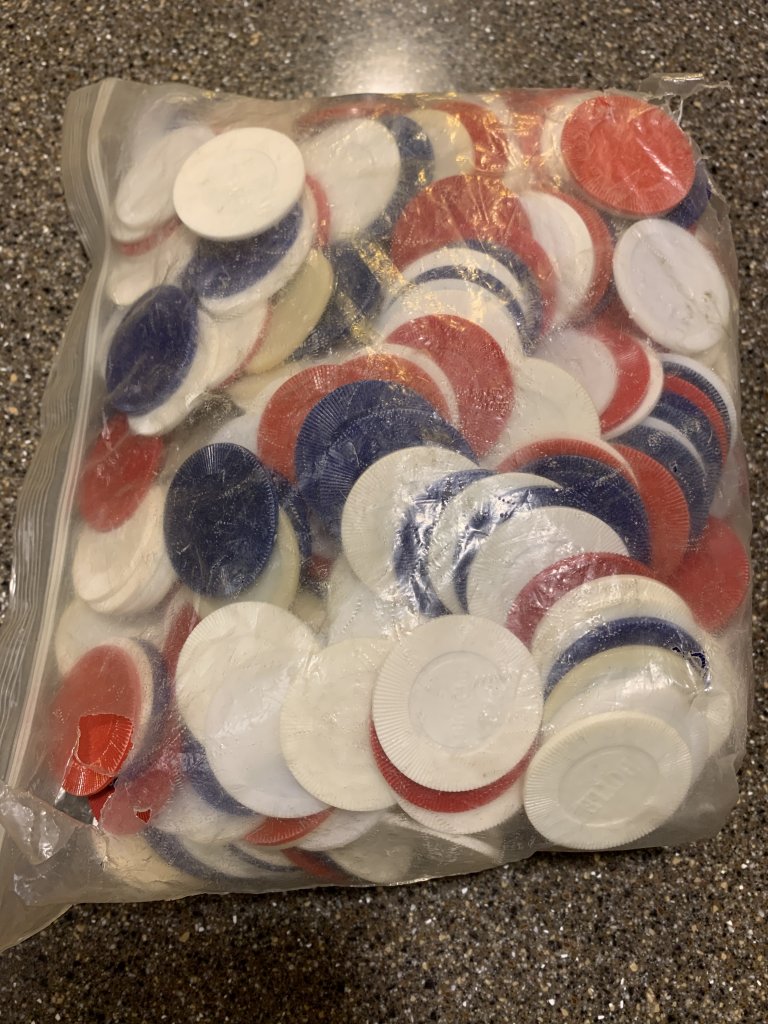 First set: Dice chips, which I returned to the seller the next day. Don't remember the "flavor." I kept the case, though, and later bought two more.

Second set: Nexgen 8000's. At the time, I didn't know that there was such a thing as slugged chips; they're not usually advertised that way. Played with them for maybe a year. Sold most about five years later, and gave away the rest.

Third set: Paulson Pharaoh's (2006). Loved 'em but eventually sold them. These chips, along with an invitation to play in the other forum's Monday night mixed games on Stars (free play), pushed me into the rabbit hole. Hello, rabbit hole!

There are more, but that's for another thread.

That was or first set as well Forrest. I would probably pay good money for the set, it was in one of those wooden carousels... I think my Dad paid $1 for the whole set at a yard sale back around 1992ish. I would pay $200 plus just for the memory, best times I ever had with my family was with those cheap old chips, no we didn't play for money but you would have thought we had thousands on the table, often 10 plus hours straight playing Friday nights till after the sun came up, sleep till afternoon and when Pop Pop had his third "taste" of Vodka on Saturday we would start playing Cribbage and change back over to poker and do it all again Saturday night, every weekend for a couple years when I was about 14ish. I haven't asked yet, scared they have been thrown out over the years of basement cleaning... but it is possible they still exist! I'm just not sure if I am ready to hear my dad say they were thrown out, they probably haven't been touched in over 20 years if they are still there. My family is one of those "only buy what you need" needless to say I am a little different! Lol

@Mangatang I grew up so poor we actually used to go "Marlboro Hunting" no joke my mom would drop us off and we would all split up and walk miles of highways, obviously always in sight of her but just walk for miles. My brother on one side and me on the other with Mom driving behind us. You would be amazed how many people would use cigarette packs as wallets and actually leave that money in the packs when they threw them out the window. Also yes we carried trash bags and actually took the packs with us, "Marlboro Miles" and "camel cash" were jackpots!! but we picked up all of the empty packs and trash. We often did this multiple times a week for hours on in! The Joy's of growing up poor man!! She would get us something with some of the points... but I can't make this up, we would get like the Marlboro sleeping bags as Christmas Gifts! Yeah that kind of poor!

Never be ashamed of where you came from, it's funny how many people have said "Ben aren't you poor from buying chips?" Please man... have you ever been excited to get a pair of used Spaldings (from K-mart) at a yard sale because the sole is still attached and they aren't slip ons... they actually had laces? Yeah unfortunately true story.

I have been wanting to put my original set back together that I bought about 15 years ago on ebay for like $80... it has been added on many times before Brie and I joined PCF... its mixed in here 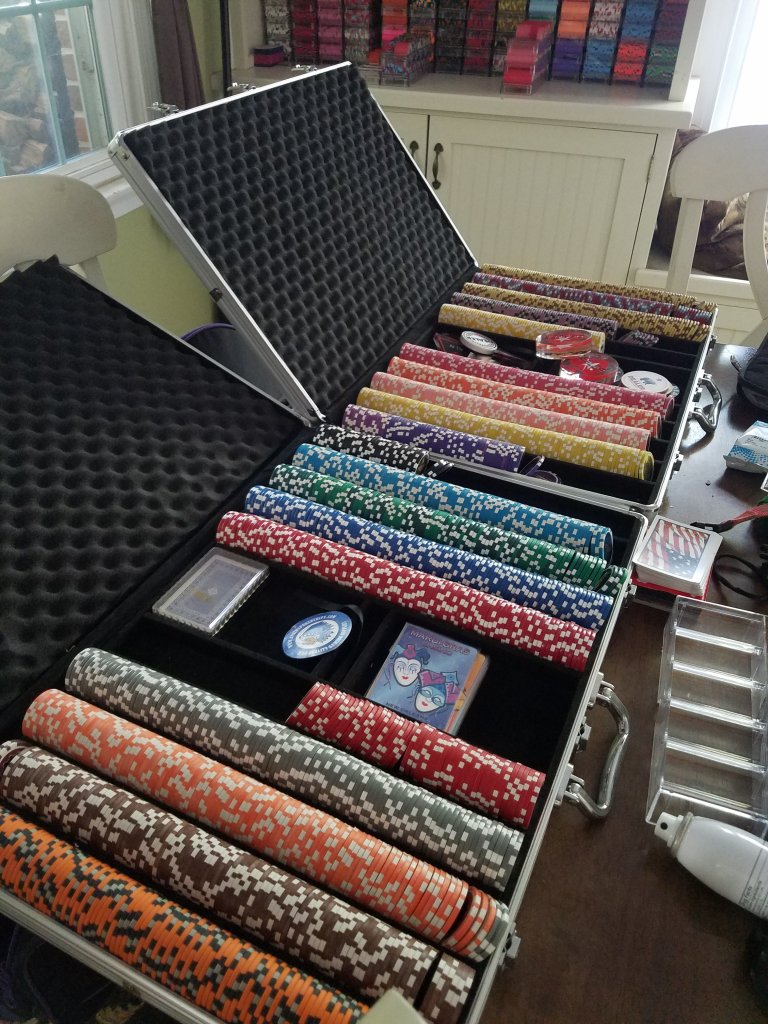 Talk about a mixed up mess! But they originals are slightly different. I know what they are, maybe I will try to separate them right quick and share! Wasn't trying to make this a sad post at all more of a poker and Marlboro Miles memory lane... hit home for this ole boy!!

Edit** this is my original set of chips, first time back together in about 2.5 years. 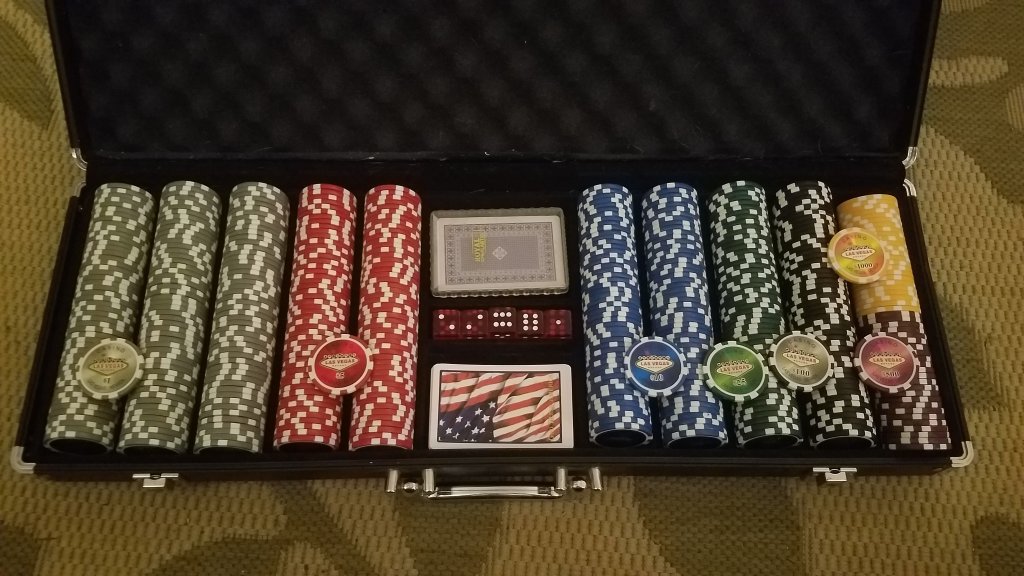 Even my Original Royals "plastic cards" and half of my KEM set I bought many moons ago, full deck but they are warped to hell! Wish I could find more of these chips. The originals were much nicer than what is produced today, they are all rounded and shuffle like butter! All of our games over the years I was asked "Benjamin can you bring those awesome real poker chips!" I was a rock star with the family with these! They still would be just as happy playing T1 based Tourneys with no where near enough chips, just to use the "awesome chips" damn this hobby has ruined me! Haha
Last edited: Mar 29, 2021
You must log in or register to reply here.