First off, I've had a dog for the better part of 40 years. I was even a Canine PO for 5, trained dogs for another 2 years. Our new puggle was driving me crazy (he is currently about 9 months old). I could not get his damn barking under control. He would see someone across the street from our window. Then bark for an hour.

Our back yard borders a field. He knows there is wildlife out there. So every time he is in the back yard he would run to the fence and bark relentlessly. When he is on the tangents he would not listen (come, no, ect....). I told the wife I had researched some shock collars (vibration first, then shock if the vibration didn't work). She was against it initially. She knows that I'm not going to do anything extreme and that I know what I'm doing when it comes to training dogs. Plus, I told her if we didn't do this then he was gone.

It arrived FRI. morning. WOW.............it works awesome. When he does start barking. I hit the vibrate button and correct him at the same time. He IMMEDIATELY stops barking. I command him to "Come" and he does asap every single time. We've only used it over the weekend. He already has improved his barking.

now I don't want to kill him 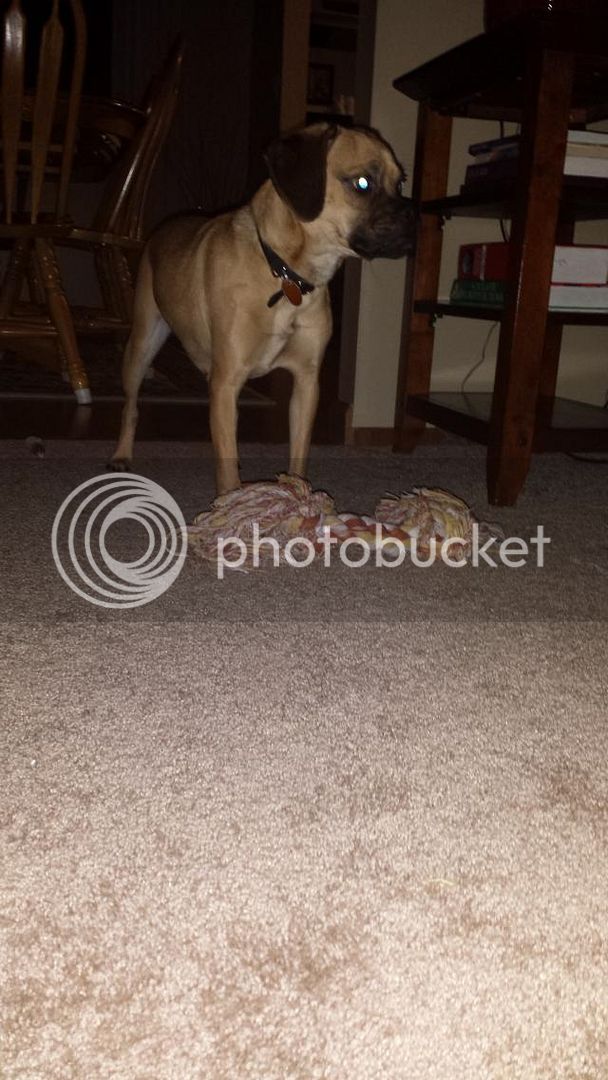 OK, I need to get this... I have a pair of problem-barking Eskimos, though, so I'm on the fence about whether to get one, or two. If I get two, I need to be very careful about who I'm correcting.

The bitch is the bigger instigator on barking; I can usually see the dog trying not to bark until she starts, and after she does, he can't seem to stop himself, so maybe if I get her under control, he'll follow suit. Ironically, he's dominant, but he also tries harder to be good. They both understand when they should not bark; she'll sometimes do a closed-mouth kind of "coughing" bark as she stares at me, trying not to bark out loud.

My hope would be that the Dogwidget would help me correct her before she gets going into barking mode, to prevent her falling into the behavior.

I read reviews on a ton of different devices. The Dogwidget was the best for my situation (20 pound dog). It says the smaller dogs usually work well with just the vibration, or the lowest shock setting (6 shock settings by the way, another reason I liked this device).

Its only been a couple of days. Its worked wonderfully.

Here is what I bought

They sell a two-dog version; one remote for both collars. Only two shock settings, but again, I'll likely only use vibration.

Do you have any advice other than correcting as quickly (and consistently) as possible?

On Halloween, I spent a whole evening correcting and treating them while someone else gave out candy to trick-or-treaters. By the end of the night, they were silent on most doorbell rings; they would immediately sit and look at me... But the next day, it was like I'd never done anything at all.

I don't have time now (going to kill alien scum with my boy). I'll chime in later with my thoughts on how to utilize it. Basically you nailed it. Catch them in the act (digging, barking, not coming, ect...) and do it every damn time. This includes everyone in the house.

You gotta cover his back if he's gonna get the alien scum!

I like the fact that these come with rubber prongs that you can put on, so that there are no accidental electrical shocks if you're not taking it to that level.

Mental Nomad said:
You gotta cover his back if he's gonna get the alien scum!

I like the fact that these come with rubber prongs that you can put on, so that there are no accidental electrical shocks if you're not taking it to that level.
Click to expand...

We just picked up an Xbox One after not having a gaming system for 4 years.

Yes, one of the reasons I liked this product was I could start with the rubber prongs/vibration vs going start to shocking the little bastard.

Initially I wouldn't use it for everything. Choose a few of the really bad traits and focus on those (barking, digging, coming is what we use it for). Yesterday he was trying to dig a hole to China. Hit the button once while yelling "no". He stopped immediately, shook his head, and ran straight to me.

Last night he was barking at the mail truck. I yelled no without the vibration and he stopped.....huffed and puffed for a second, but stopped barking.

My wife says, shouldn't we tell him no first, then no again before shocking him? No. For 8 months we've been yelling no at him and he is still relentless. We need to get him to understand that there are negative consequences for bad behavior.

I yell "no" and hit the vibrate button at the same time.

I praise him up verbally, then call him to me. He comes, I praise him up again. My dog is a food whore. 75% of the time I reward him with petting and a piece of dog food. The other 25% is just verbal/petting.

Our main problem with Tucker is that when he is out in the back yard something will catch his scent (damn beagles) and he will bark relentlessly. He would ignore the "no" and "come" commands. Not anymore. I hit the button when he is barking out back (while yelling no) and he stops fucking immediately. Half the time he runs straight to the house anyways.

detroitdad said:
I don't have time now (going to kill alien scum with my boy). I'll chime in later with my thoughts on how to utilize it. Basically you nailed it. Catch them in the act (digging, barking, not coming, ect...) and do it every damn time. This includes everyone in the house.
Click to expand...

Well, that's one way to keep the wife from snooping at the presents under the tree. But won't she get annoyed?
You must log in or register to reply here.

Things I've Apologized to My Wife For
2 3

C
All In Home Game Dilemma