After some prodding, I decided to post this thread since I'd never done an official one on this set before (design started in Oct 2017). I love how these turned out!

When I hit upon the idea for this vintage set it was tough to narrow it down to chips that had inlay elements that would adapt well to my theme, spot and color combos that were historical but also coordinate with each other, and that originated from historic Vegas casinos. I reviewed tons of chips from these, and more:
Aladdin
Binion's
Carousel
Ceasar's
Dunes
Flamingo
Four Queens
Golden Gate
Hacienda
Horseshoe Club
Mint
Nevada Club
Sahara
Sands
Stardust
Thunderbird
Tropicana

It turns out there was actually a $5 Ceasars Palace chip on the H-mold so that sold me on the mold. 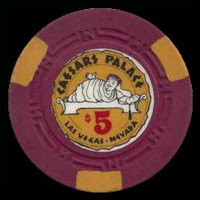 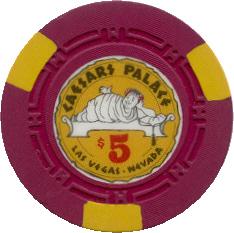 Once I had made my choices, @gmunny was very kind in sending scans of the rare chips these would be based on. Many thanks! 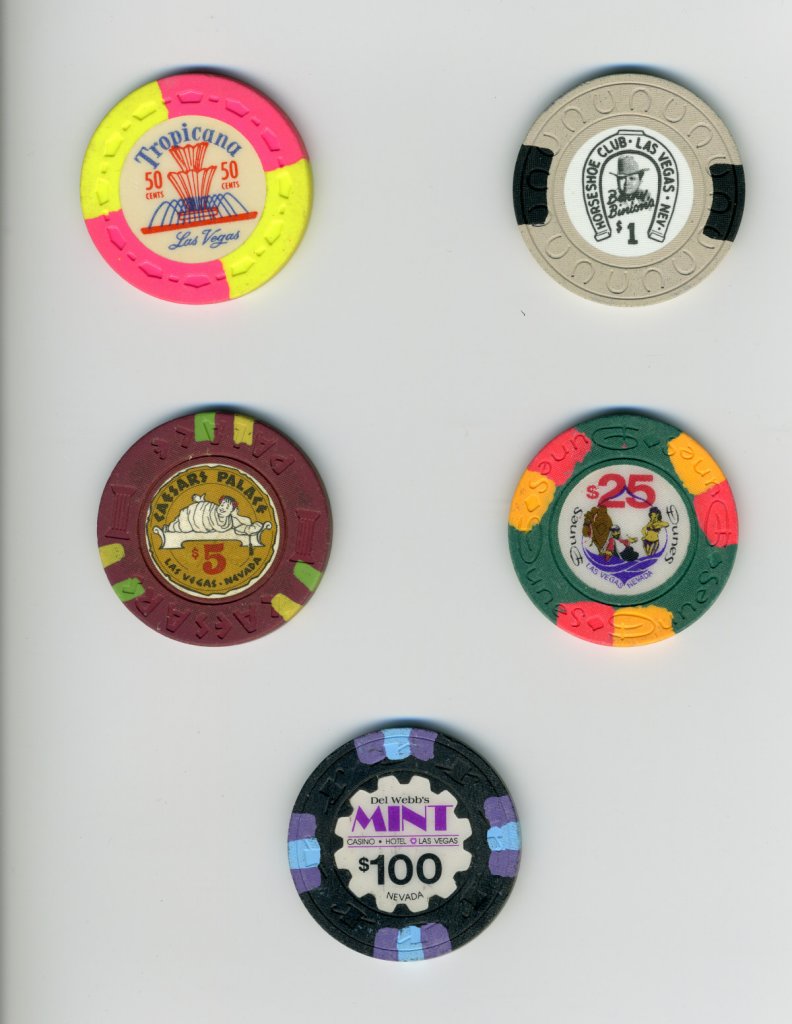 @Johnny5 did his usual impeccable work on the mock-ups adjusting font and image issues. The $25 Dunes image was particularly tough to clean up. (I will post a mock-up later if I get permission). John is always great to work with.

@David Spragg was incredibly helpful with the history and design of the original chips. His ideas added touches that I would have missed. 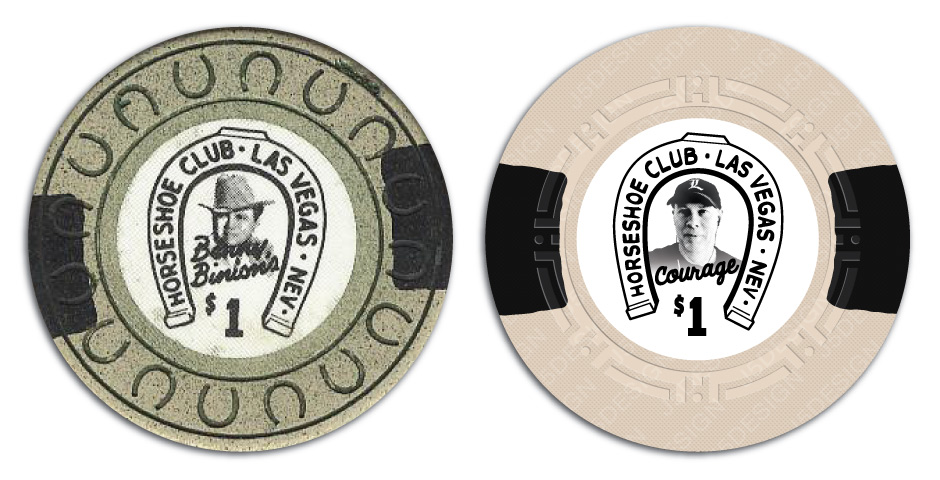 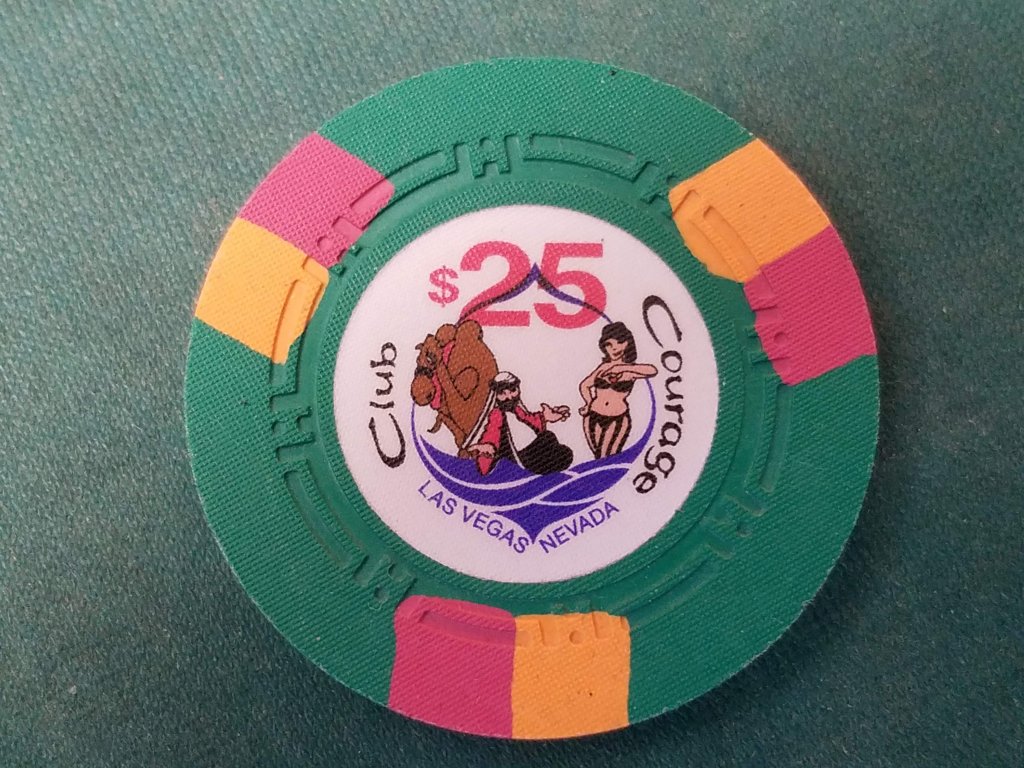 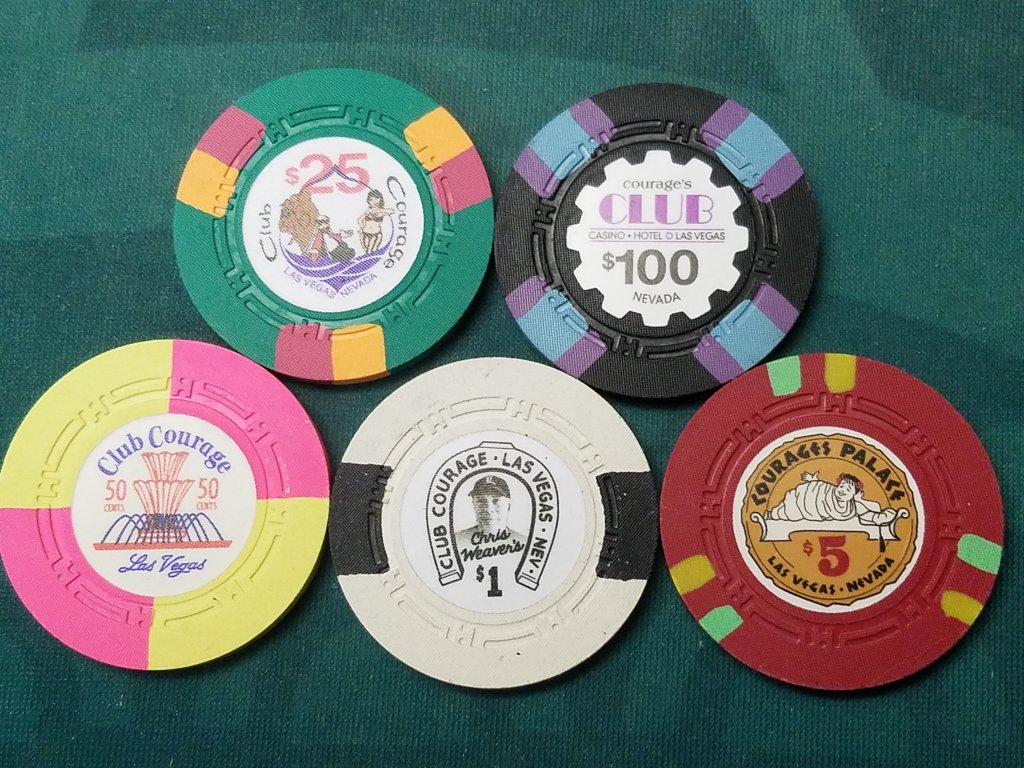 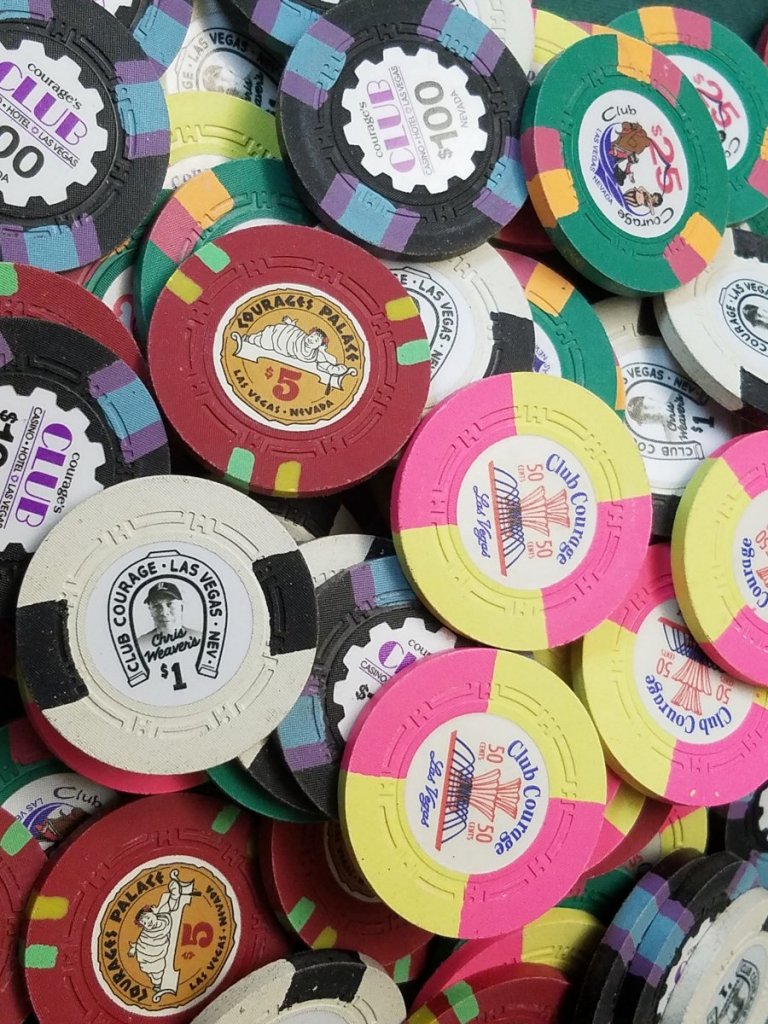 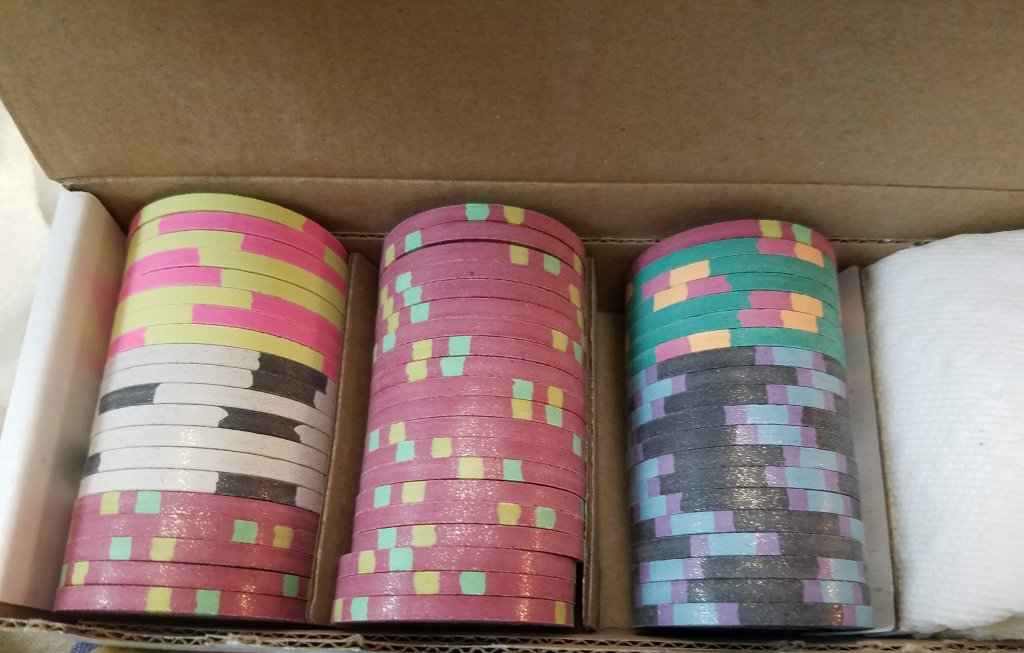 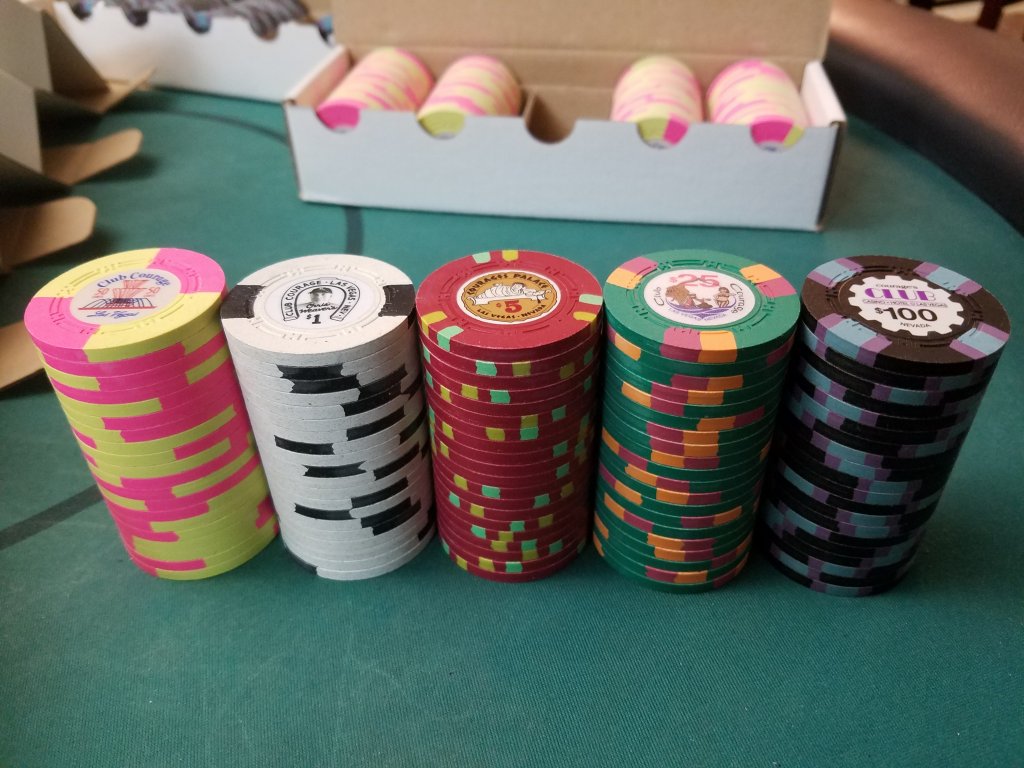 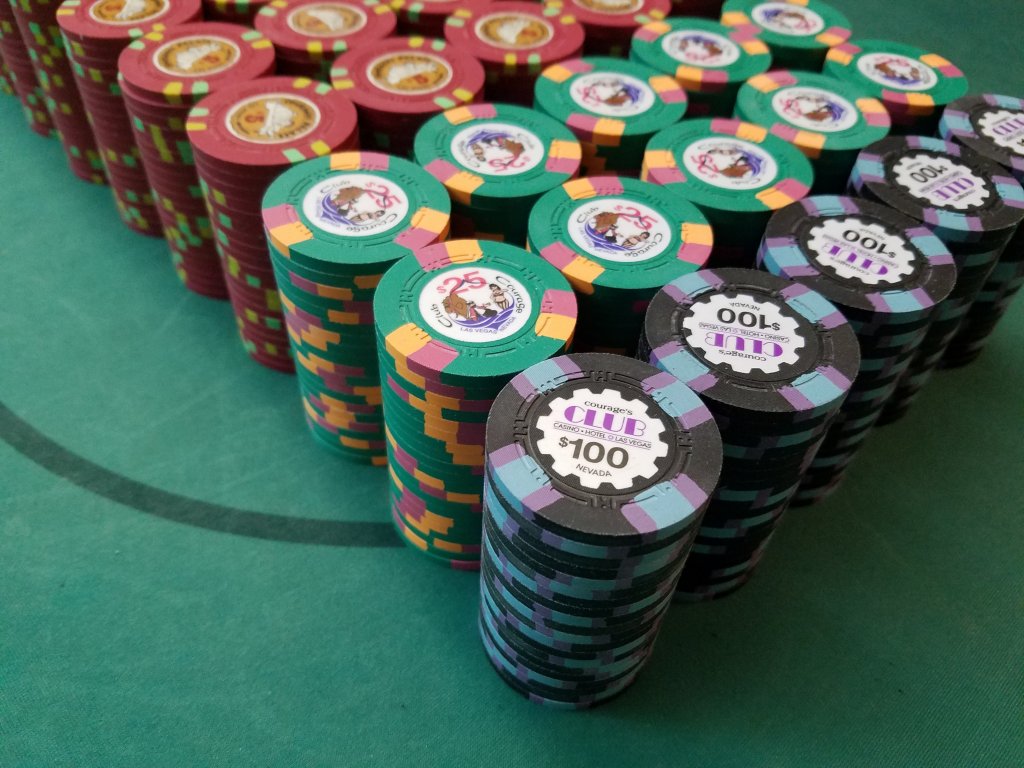 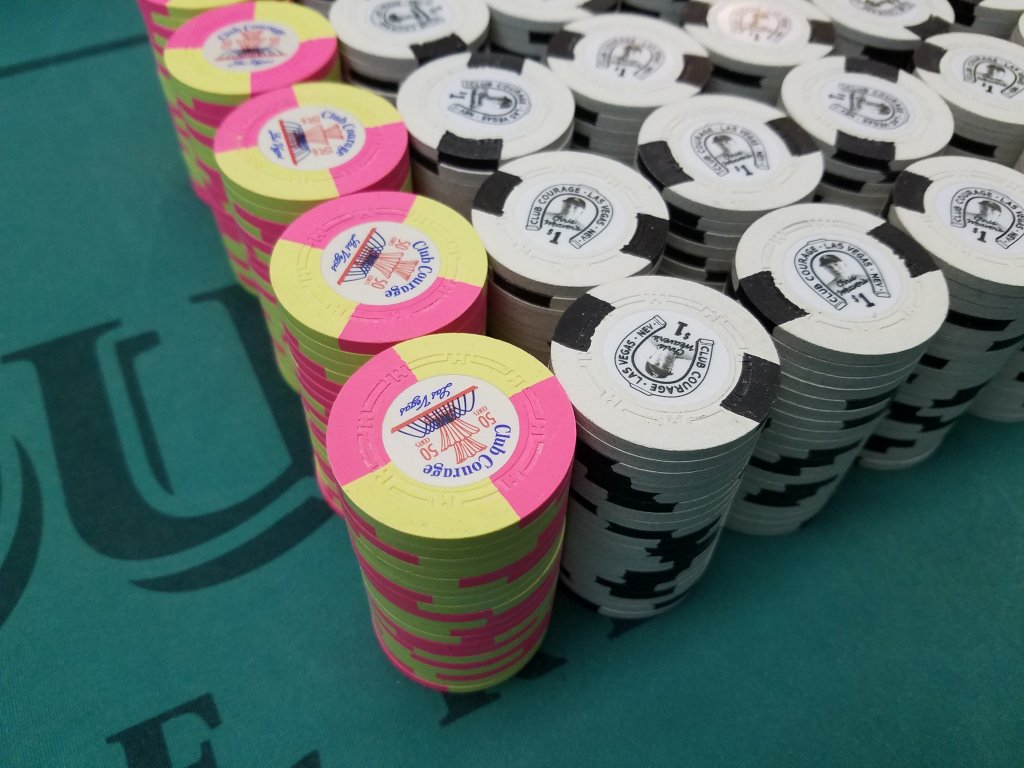 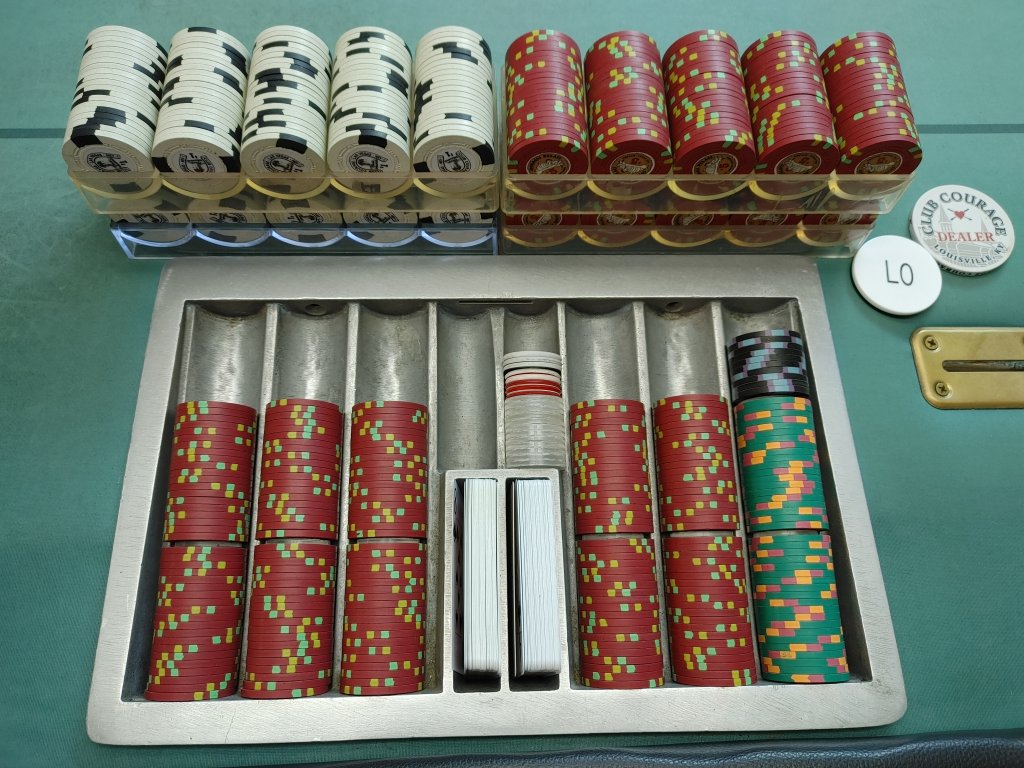 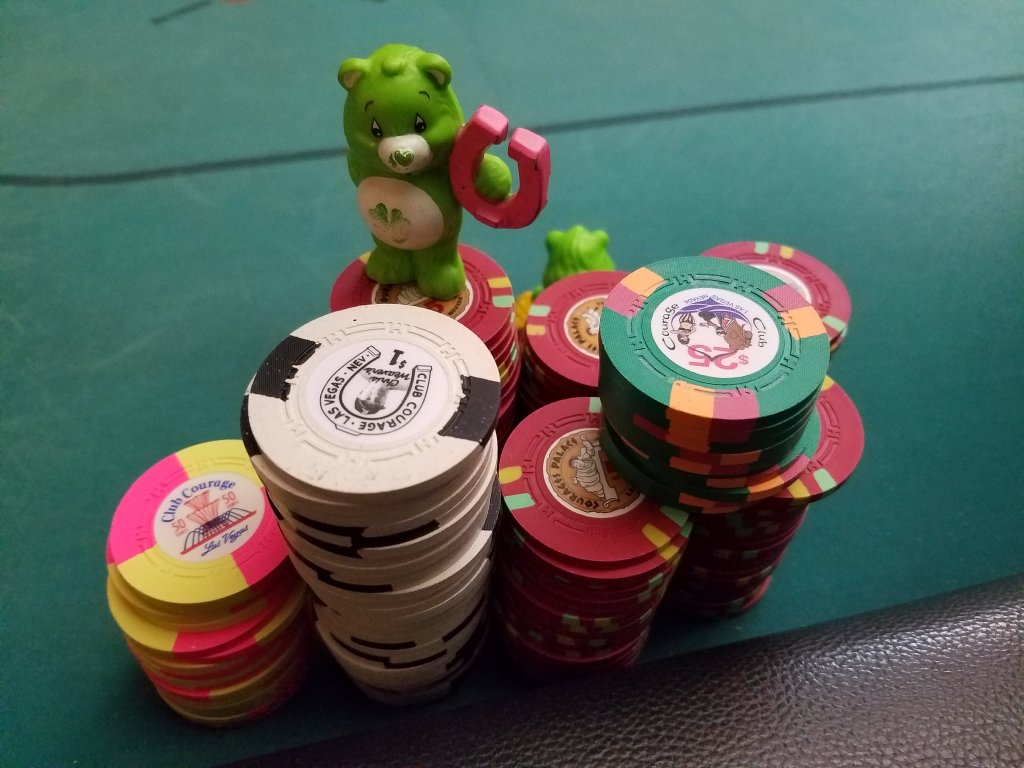 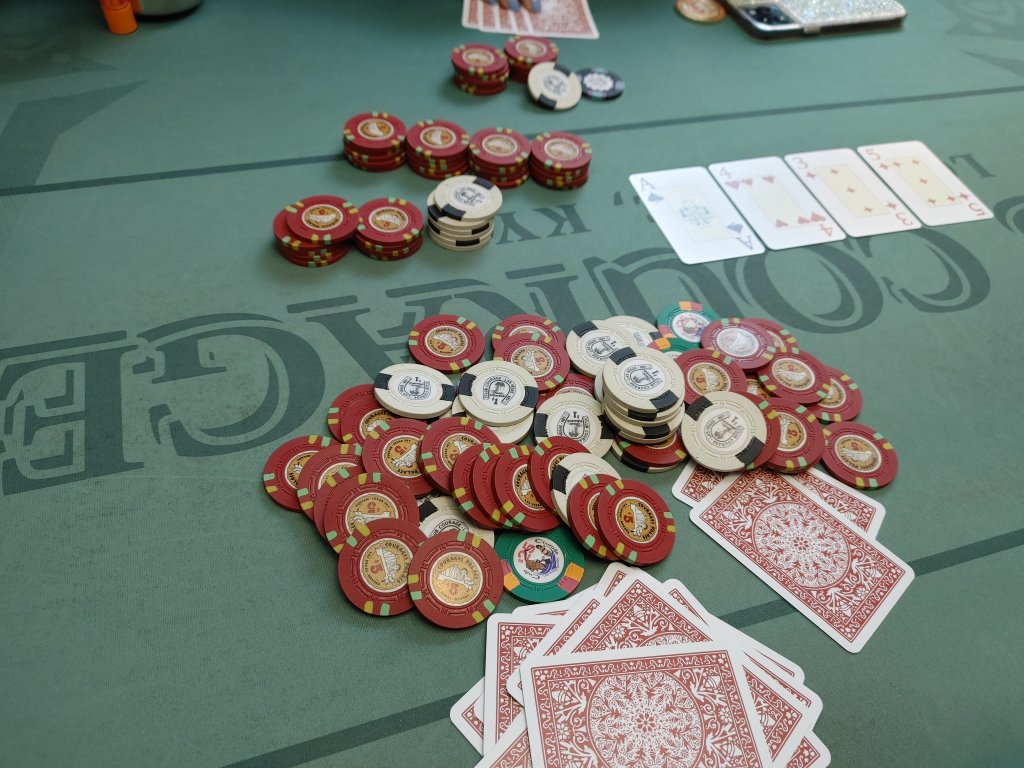 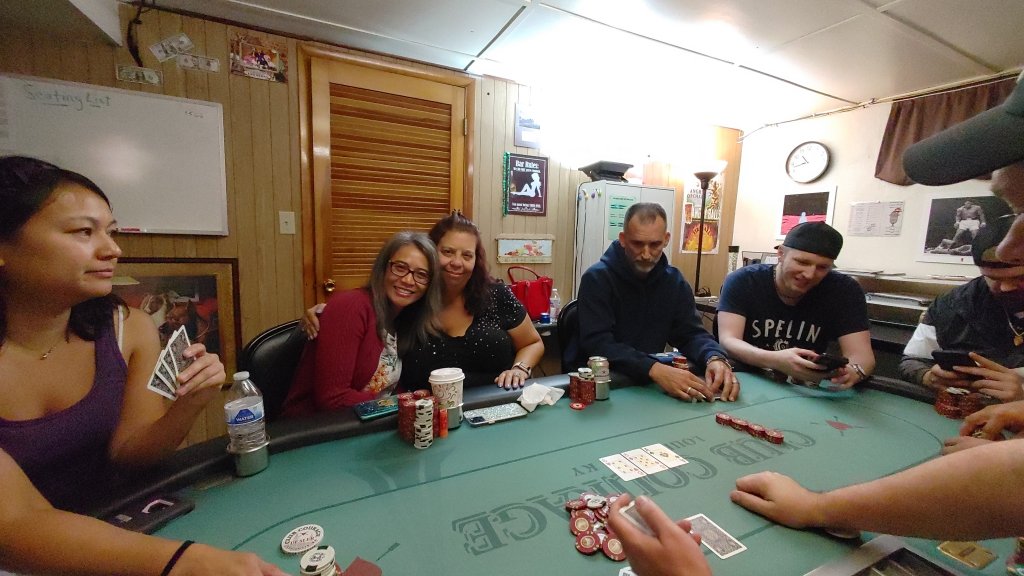 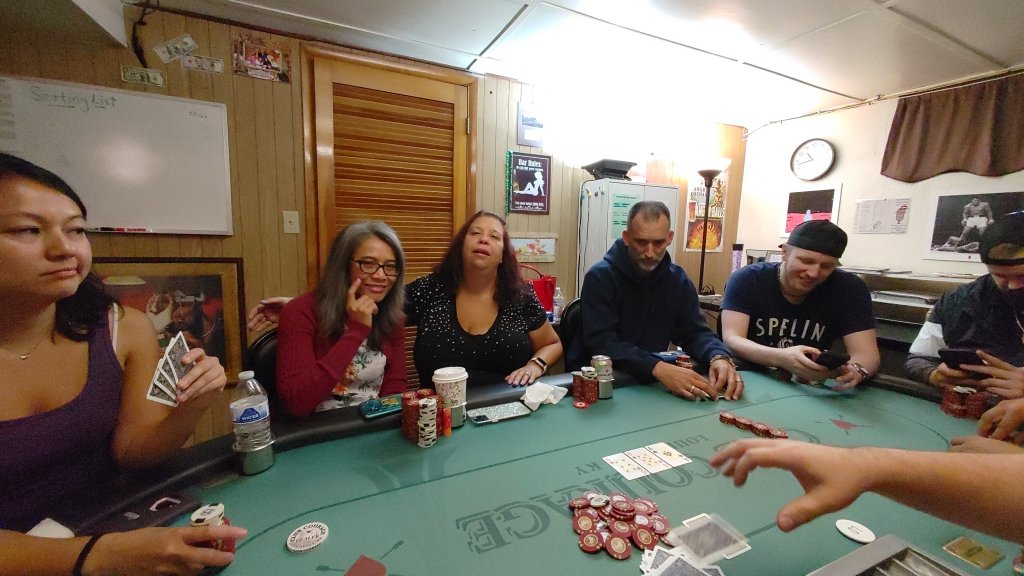 Luv these chips...thanks for answering my plea!
S

Those came out awesome! Love your mug on that $1 and all the denoms came out great! Congrats!

The whole set is inspired, but your likeness on the $1 is priceless!

Love everything you and Johnny did which each chip. You couldn’t have picked a better mold for this project. Well done all around my friend, we’ll done.

As I 've said before, passion and love on chip sets can be seen from thousands of miles away!

Amazing set! And great to see you post again!!

Awesome set. The hundo is fire! thanks for sharing!

Great set man!
Always enjoyed seeing them in play.
Time to put that .50 in play! Lol

Great chips Chris. welcome back
Looking forward to your next meatup

These turned out great!! What a great way to make a personalized tribute set to a bunch of the classic Vegas casinos. The $5s and the $100s are perfection.

Well done (and nice to see an old-school CT'er around again). Enjoy them! May you rake many profitable pots with these.

Well, you guys hit this one way out of the park, and then some. Congratulations!!!
You must log in or register to reply here.