On Saturday we play our Championship Poker Tourney. mike32 is also playing. Its a 9 player game. We play triple stack with bonus chips in play. Tourney is always fun. A slow structure to begin with. Playing deep makes you earn the first place prize.

With this current league I've played in 5 of 6 Championship games with a first and third place finish.

I'll try and post updates throughout the tourney with a few pics.

Good Luck Mike, hopefully we play for First and Second.

Cheers to a heads-up battle between detroitdad and mike32! Hope you guys run like gods!

Good luck Bill and Mike! Bring home the bacon and the trophy....

May the flops and flips with you

I sent this to the league yesterday. Might as well have some fun. Jim O talks Disney none stop. Its creepy weird how much he is in love with Disney.

I've played heads up twice with Sean, whom I have finishing 2nd. Both times I was behind (one time I didn't have enough chips for the BB and came back and won).

9th place: Angie S. Her water will break and she will go into labor on the second hand of the night. Season 4 Champion Bill B will jump to the task and deliver the baby while slow playing cowboys and taking half of Tarlos chips. HVA arrives and takes a healthy mom and baby to the hospital. Angie’s chips are removed from play.


8th place: John M. He goes out in the 3rd level. He 4 bets pre flop with 5/7 os. Flop 89A. John slightly over bets the pot by shoving 60k on a gut shot straight draw. He is called down by Mike M’s flopped set of Aces.


7th place: Jim O. Jim is distracted by enjoying a recent release of the new Disney flick on his phone. He miss reads his hand. He thinks he rivered the nut flush when in reality Sean had the nut flush and sends Jim packing


6th place: Tarlo. Were all fat and happy from another awesome spread that Anita put out. Tarlo has been playing better than usual when he picks up Aces. Flop comes A, K, K. Unfortunately for Tarlo, Season 4 Champ Bill B had pocket K’s and sends Tarlo to the Dining room for seconds


5th place: Mike T. Mike gets to see a cheap flop and hits top two. Now that dinner is over, Anita can focus on the game. She decides to get frisky and chase her straight draw. Sure enough, she hits it on the turn, takes all of Mike’s chips and crushes his morale in the process.


4th place: Anita. Season 1 champ flops a straight. She bets it hard. Sean is feeling like he just can’t lose. That this tourney is his to win, calls her down with top pair. He then goes runner/runner for quads. Anita knows she outplayed Sean, but takes the loss like a champ.


3rd place: Mike M. Mike actually goes out the same had as Anita. He was happy to fold his way to 3rd place money, even after winning a giant pot early vs John.


2nd place: Sean. Even though Sean has an 8-1 chip lead over the Season 4 Champ he just knows that he will not be able to hold on and win and he is correct. After losing All In after All In after All In he finally succumbs to Bill’s superior play and takes second place cash.


1st place: Bill B. After repeatedly getting lucky heads up vs Sean he takes the Season 6 Championship when his suited 8/10 of diamonds flops bottom pair and holds up to eliminate Sean.

Good luck to you Billy, I am happy to be at the table with you.

mike32 said:
Good luck to you Billy, I am happy to be at the table with you.
Click to expand...

And the leveling begins!

mike32 said:
Good luck to you Billy, I am happy to be at the table with you.
Click to expand...

Lately you've been on the winning side when we're mixed up in a hand. Just hope somebody else has to deal with you 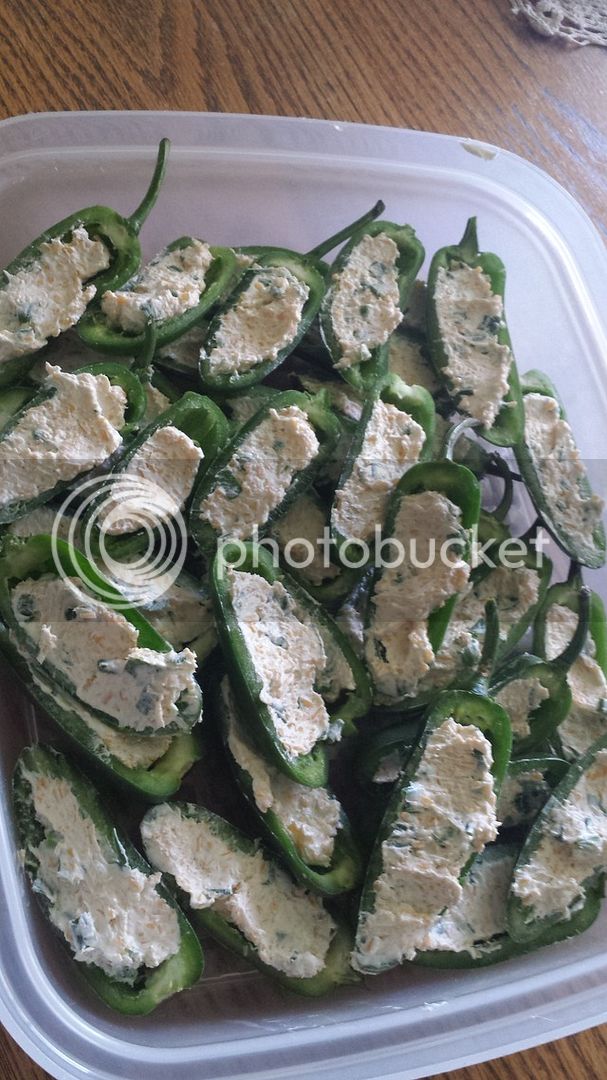 Bringing these to the game

I'm sure all that chili will made the third hour of the tourney more fun!
You must log in or register to reply here.