Built my stack up to 370K at one point, was in the top 10 in chips with less than 100 players remaining of the 315 starters. Picked up KK twice and both times an Ace flopped and cost me some chips.

Near the money bubble I got short, but I wasn't the shortest stack. Top 45 paid, I managed to finish 34th and won $450. First was over 12K which would've been sweet, but felt good to at least cash. Lost a flip after the money with KJ against 77 of a shorter stack which REALLY crippled me, managed to double up with AT against JT but then had to call off from the BB with Q3 off since half my chips were in the pot and there were two players in, so a good amount of chips to give me a fighting chance. 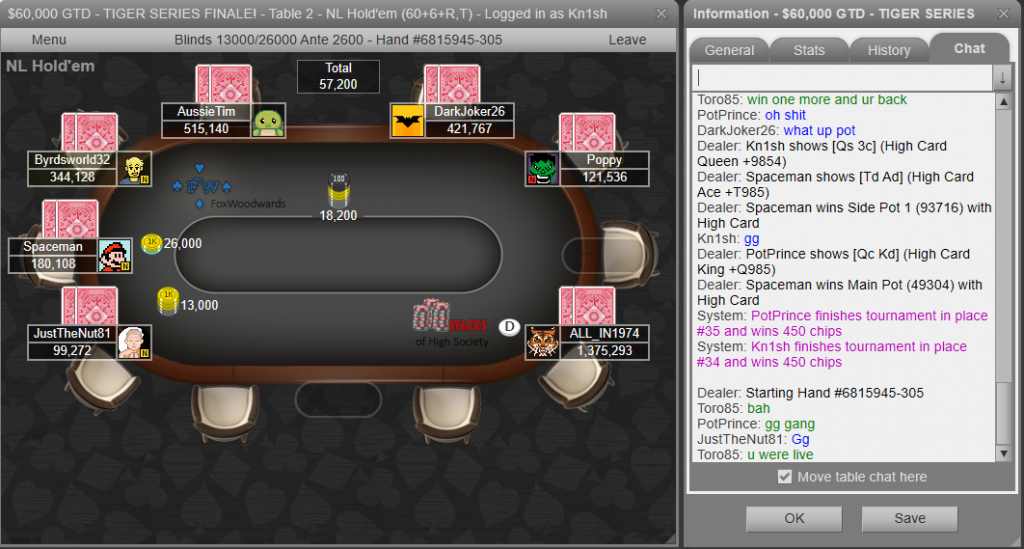