Thought I’d share our league info as we get set to kick off our annual league in a couple of weeks. We started the league in 2005 and skipped a year here and there for various reasons. We have been pretty consistent over the past 5 years or so. Below are the points details I have been running. Only minor changes have been made recently since it seems to work pretty well for us. In the past I have used Poker Tournament Manager but switched to The Tournament Director 2 years ago and love it! This year I have added some bounty tournaments to the schedule. So that’s probably the main difference this year.

At the bottom I have a list of tie breakers. I’m interested in feedback on these since I haven’t paid too much attention to these in the past. What tie breakers should be considered and why? What should be weighted higher and why? I’m just curious to get some feedback on that topic for home poker leagues.

Additional league info (fyi); We run 3 seasons with a season championship at the end of each season. Each season is 5 tournaments (typically). I add about 2/3 additional tournaments throughout the year as a charity event. I ask players to donate to organizations like ALZ.org or maybe a veteran’s organization and if they show me a receipt, I award bonus chips at that particular tournament. I’m thinking of adding a Toys 4 Tots tournament later in the year this year? Buy ins are relatively low at approx. $45 for normal league tourneys. I try to keep it more about getting together and playing cards with friends and not about the money. There is Bay 101, Matrix, Palace, Oaks, and Livermore Casinos in this area for those that prefer that arena. Although many of us have played at those establishments as well from time to time.

Anyway, feel free to take a look and let me know what your thoughts are on tie breakers? I’ve always just split awards when tied previously. Probably easier? Also, maybe someone can use this as a starting point if you are considering starting a league?

~ Placing in the money~
Points awarded for “in the money” finishers will be awarded in .25-point increments

Players receive .20 points for each player they knock out of the tournament.

$5 from each player ($10 for Season Championship Events) goes to league prize pool. Player of the Year T-shirt awarded to top points player each year. 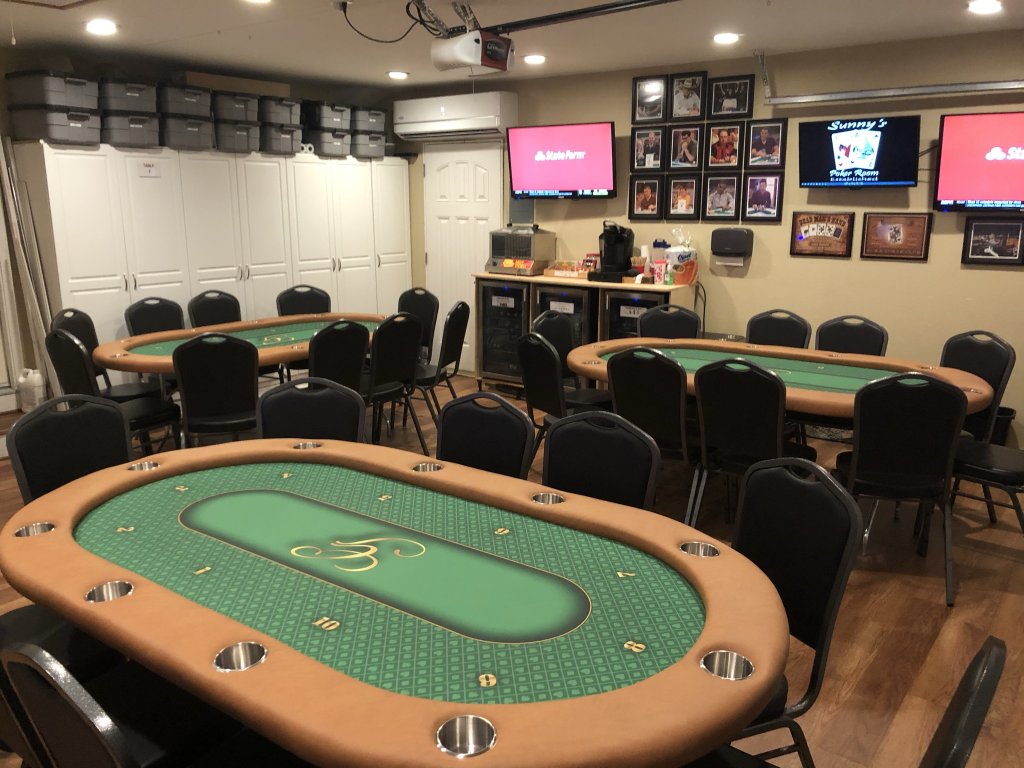 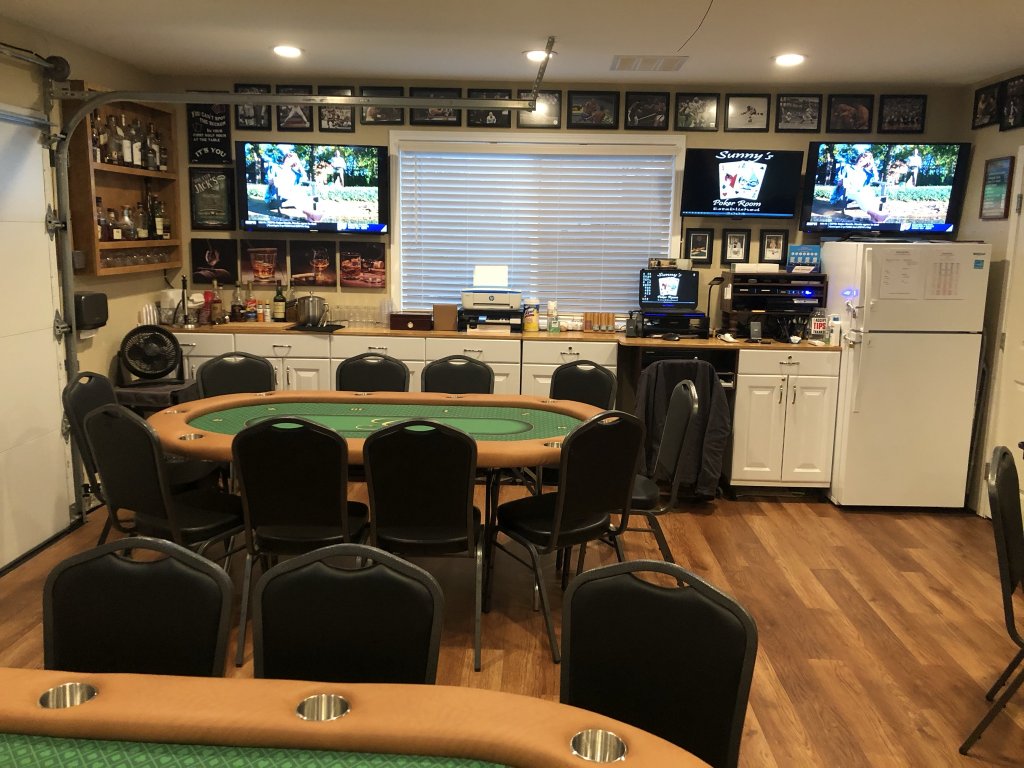 How many people do you usually get? Man I'd so play there if I was in CA!

"Finishing position points will be awarded in 1-point increments" - What do you actually award for points? For example, 1st, 2nd, 3rd, etc.

"Points awarded for “in the money” finishers will be awarded in .25-point increments" - Same question - what do you actually award for points?

How are you handling COVID-19 concerns? I wanted to try to get a game together this month, but the numbers are huge here in NH, and everyone in the US. I'm double-vaccinated and just got over COVID-19 myself. I know at least 1 other semi-regular player who has COVID-19 currently. Another guy is out the country. Some others would likely skip due to the risk being too high. So I think I'm waiting until February, but keeping an eye on the numbers...if they go way low, I may try to pull something together, although my window is closing fast.

"Finishing position points will be awarded in 1-point increments" - What do you actually award for points? For example, 1st, 2nd, 3rd, etc.
Click to expand...

"Points awarded for “in the money” finishers will be awarded in .25-point increments" - Same question - what do you actually award for points?
Click to expand...

Then the points are tallied per season where players basically get a discount to the season finale buyins. Depending on where you finish on the leader board.

Also the yearly totals for all 3 seasons are tallied for "Player of the Year" award. For this, players also get a discount into our "Main Event" based on points leader board results.

The points are a way I incentivize attendance and participation in each tournament. Pre-Covid we would get 15-25 players, now it really depends but 9-14 typically.

Covid makes it difficult for sure, and that's understandable. I tell everyone to make the best decision that makes sense for them individually. I've always had hand sanitizer available for everyone, even way before Covid. Plus other protocols as best we can. Lately I only set up 1 table depending on the number of RSVP's I get. To be honest I don't mind the single table tourneys at all. LOL! I use the Band App, that helps me know who is coming. And we play once every 2/3 weeks.

@legonick how often do you host and have you run a league format or just individual tournaments?
L

I try to host monthly, but I missed December of last year due to the holidays conflicting with our regular schedule and having some dental surgery done, and I'll likely skip January as the numbers are just too high right now.

I run 9-handed SNGs (although sometimes they are 7 or 8 handed). I track all the stat.s because I'm a nerd like that. But I actually fear doing some of the league stuff because I think a good chunk of my players could be "scared off" by that. I don't have a well-established game yet. I'm hoping to join a bar league soon, once the numbers come back down, and I'm hoping to recruit from there.

How do you acquire new players?

Yes that's correct, in a 9 player tournament the winner would get 9 points for 1st, everyone that shows up gets 8 points, and paying top 3 the winner would also get .75 points for a total of 17.75. That's why I like The Tournament Director software, once you have it set up, it tracks it all for you.

But I actually fear doing some of the league stuff because I think a good chunk of my players could be "scared off" by that.
Click to expand...

You might be surprised, maybe just simplify points to finishing position only in the beginning? That tends to keep the regulars coming back. Our points system is geared heavily towards attendance and so regulars don't want to get left behind in points. And when someone does miss a game everyone looks to pass them in the standings.

How do you acquire new players?
Click to expand...

Word of mouth basically. My game is mostly friends and family. A few friends from work show up from time to time. And someone always seems to know someone that wants to play. We started out with about 5/6 family members playing on a patio table at my son's birthday party in 2003. Players come and go, in fact a lot have moved out of the area over the years. The league has been the one thing that keeps players interested in my opinion.

An up and down season opener for me, but still good times. Really just happy to get 2022 off and running. 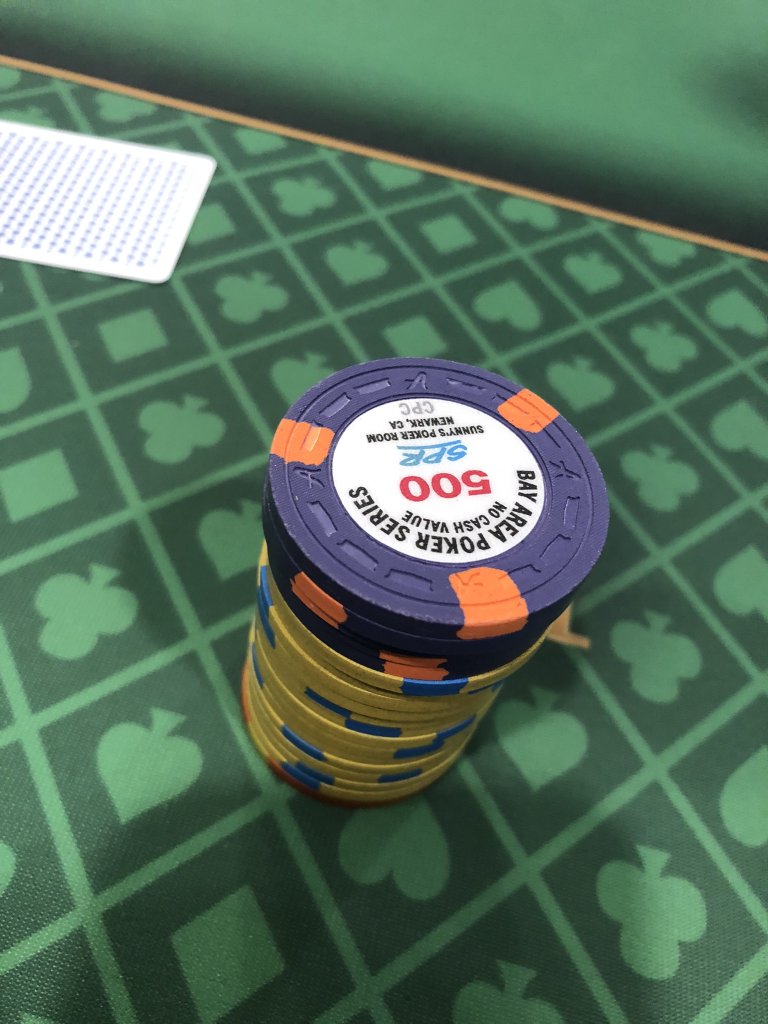 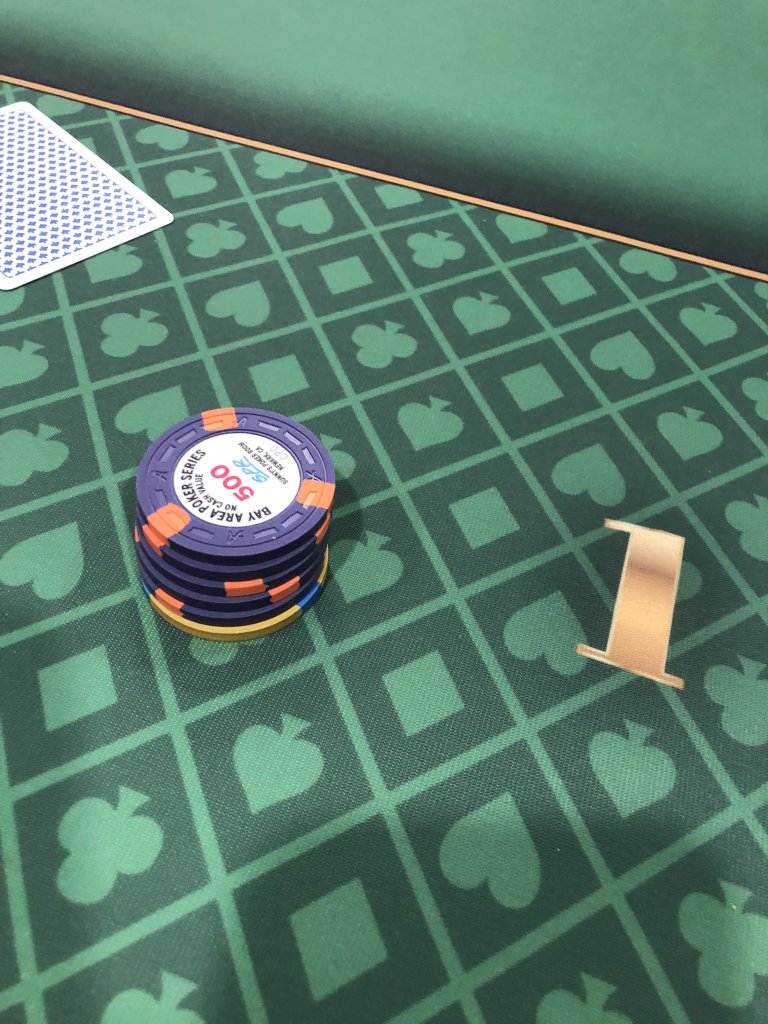 Love the setup! Slowly getting things together at my place to start hosting some games as well.

How often does your league have a game?

I really like the extra chips for donations aspect

JC89 said:
Love the setup! Slowly getting things together at my place to start hosting some games as well.

How often does your league have a game?
Click to expand...

Thanks, we play every 2/3 weeks or so. Good luck with the games and post pics!!

Hey Sonny, awesome looking game room. What day do you guys usually play? I have a weekly league game on Fridays but would love to check out your game and that hot dog roller one of these days. GL

Godzilla28 said:
Hey Sonny, awesome looking game room. What day do you guys usually play? I have a weekly league game on Fridays but would love to check out your game and that hot dog roller one of these days. GL
Click to expand...

We play Saturday nights at 7pm usually. Stop by sometime!

Getting ready for a single table tournament, let’s see if we can open up 2?