We are playing pot limit Omaha, both O8 and traditional PLO. This hand is high/low split. We are eight handed and playing $0.50 / $0.50 with a $20 max buy in to protect the worst of the players from themselves. We are mid-late in the session with three big winners and five modest to huge losers. Special betting rule - you can limp for $0.50 but every other bet has to be in dollar increments. Pot size is rounded up to the next dollar if there is an odd $0.50 chip.

Cast of characters: More details when we get to the key point in the hand.

Button is one of the big winners with $400. Loose, passive, sticky. Not very good at Omaha. Doesn't read hands well.

SB is just having fun with $16 left. He is about to leave with a departure in ten minutes. Barely knows the rules but can be aggressive even so (with the wrong type of hand)

BB is another big winner with $350. He has been feasting off the worst player for hours and bled him dry. BB knows Omaha better than most at the table, but has little experience playing Omaha 700BB deep.

UTG+1 is the biggest loser playing $25. He is on his way to a 21 buy-in losing session ($420). Worse than no idea how to play Omaha. Really, about as bad as it gets. Wildly aggressive, sticky, calling station-bluffing machine.

Hero is MP with $290. Hero has been on a rampage lately, but still folks call his bets. Hero is experienced at O8 and the other players know it.

MP2 is another big loser with $20. Thinks like a bad holdem player, her hand ranges are hugely too wide. Bets second pair or better, but always tiny amounts relative to the pot.

CO has $180, but isn't much better than break even. Loose, passive but learning to be more aggressive. She views Hero's chips as extra valuable. She is racking up to go home as the hand is playing - likely to be her last hand.

One limp to hero who picks up

PS I was torn between playing this hand from Hero's seat or villains seat . . . even now I am not so sure which way is more interesting.
X

Pot it... which I guess is $3 with the round up rule. Sounds like you can easily play perfectly vs this crowd post flop so build pots pre.

Potting is fine. Limping is fine. However, I think I would tend to limp as your hand missed lots of pots - you might as well be playing just two cards.

First thing I'd do is get a diaper, because I'm probably blowing my load playing with this cast of characters. Do they willingly play Omaha/8 or are you like "look, if you don't play PLO/8, my buddy Tex back there (jerks thumb at large guy in cowboy hat wielding a gatling gun) is going to cut you all in half"?

After the diaper, I'm potting.
D

There is a core group who have decided they have better luck playing Omaha than hold'em. They have been asking for a Pot Limit Omaha game for months. Now they remember and aren't going to ask for it again . . . . till next time they forget.

I try to be an accommodating host -=- DrStrange

The 6 and 8 kinda weaken your hand, to me the A2 and suited ace are what the hand has going for it. So I don't view this as an overly strong hand pre, but you've got scooping potential post and a cast of characters who play bad enough to make this hand profitable.

However, I would lean towards seeing a cheap flop with this holding rather than bloating the pot since half your hand isn't all that great.
D

Hero bets pot, but only tosses in $2 (we are talking all things Trump and my attention waivered). No one notices the short bet or doesn't care. We end up with five way action and $10 in the pot.

SB is just having fun with $16 left. He is about to leave with a departure in ten minutes. Barely knows the rules but can be aggressive even so (with the wrong type of hand)
BB is another big winner with $350. He has been feasting off the worst player for hours and bled him dry. BB knows Omaha better than most at the table, but has little experience playing Omaha 700BB deep.
UTG+1 is the biggest loser playing $25. He is on his way to a 21 buy-in losing session ($420). Worse than no idea how to play Omaha. Really, about as bad as it gets. Wildly aggressive, sticky, calling station-bluffing machine.
MP2 is another big loser with $20. Thinks like a bad holdem player, her hand ranges are hugely too wide. Bets second pair or better, but always tiny amounts relative to the pot.

Three checks to Hero. Anyone not potting here?

More villain data on BB. BB is a winning holdem player, slightly loose but TAGish in nature. He likes cheap flops even with dodgy hands and feels he can out play people post flop. BB has 10+years of experience with Hero - likely several thousand hours of play - mostly hold'em. We rarely play big bet Omaha. Best I can recall it has been three years since BB played in a pot limit Omaha game with me. BB knows enough about high/low split games to fear getting quartered (and knows I feel the same way.) I think it doubtful that BB is raising solely on a naked A2 low, though perhaps he might thinking Hero would fold a naked A2 facing the potential of $300 in extra bets. The main pot is going to be contested - I can't imagine both short stacks are folding. BB can think deeply. I presume he picked this fight knowing the main decisions are going to focus on the big money left to be bet, not the main pot.

So it is time for a plan. Let's note than BB has enough time to force Hero to risk his whole stack to get to showdown. What do we want Hero to do and why?

I'd want to see the turn and try to boat up against his 57 as cheaply as possible. Flat.

But if we reraise here how often are we not getting quartered? I guess the good side of this is that the only real issue is being quartered by this guy and not the shorties. Bad news is we have no low backup if we make three pair

I only play limit o8 so my decision would be much easier. I can't hate a fold but i don't love it either. A raise feels like a mistake so call and reevaluate on turn?

I would put him on A2 plus the straight or somewhat more likely A2 plus the nut flush draw. He could have a 3 in there as well.
I can't fold for $50 , but some of that might be microstakes spew. If the stakes were an order of magnitude higher, I might hesitate to call $500 with $2k behind.

Anyway call and hope to fill up. Ain't happening on the turn, because I feel another hard decision headed our way.

That's true. Odds are if four people called your raise at least a few of those aces and deuces are gone, though. . I still say jam I think you are ahead of his range.
D

I am thinking this is a fold or raise situation. Calling seems like a half measure.

If Hero calls, villain can bet enough to get Hero all in by the river and the bets can be two half-pot bets. Its not likely Hero is folding the nut low and a reasonable high hand to a half pot bet. The only time Hero is easily folding is when his low gets counterfeited. Calling $50 more seems close to pot commitment. 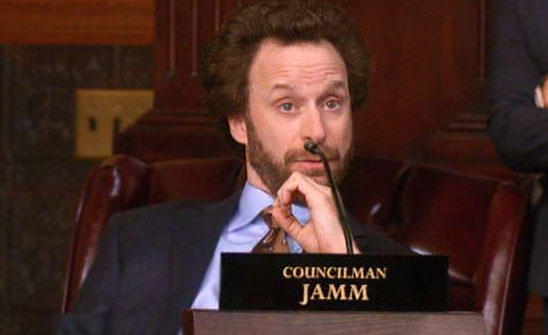 I thought you were gonna go with "objection, leading the witness" counselor.

Folding here is completely out of the question. With no backup low I'd call and then bet 3/4 pot on any non-ace/deuce/heart turn. I think we'll be able to save some money on bad runouts while still getting it in on the good ones.

I would pot with top 2 and the made nut low. Charge all draws and hold on tight

derekdd23 said:
I would pot with top 2 and the made nut low. Charge all draws and hold on tight
Click to expand...

Hero is of the mind, fold or raise. Folding is unpalatable, the thought alone makes Hero want to growl. So, wisely or not Hero repots for $150 on top Hero has $78 behind. MP2 calls all in for $8 but SB folds and tosses Hero $4 in tip money. Action on BB.

As soon as BB began to tank, Hero knows he is "safe". Safe means if BB calls, Hero is going to have ~50%+ of the equity. BB would insta-call with nut / nut or nut / set. BB tanks for as long as he ever has - best I can remember. The table gets restless wondering what is going on. (kind of remarkable in its way, we might be playing a 1300BB pot and half the players have not even noticed.) After 90 seconds or so BB folds face up saying that he is getting free rolled.

, the nut high. I do not think BB ever considered that he might have a shot to make low if an ace or two hits the board.

The board runs out <

I still am not sure if the raise was good poker or spew that went right.

PS was quick to notice that he was going to get quartered vs Hero, both of us had the eight high straight.
You must log in or register to reply here.

PAHWM - QJs on the button
2