I just wanted to show the folks a piece I did for a local casino. They wanted to have the playing surface replaced for their craps table. This is a monstrous 14'x4'-4 craps table. They took apart their table this morning, I took a trace and headed back to my shop. I had already taken preliminary measurements and so I prepared a 16'x4'6" piece of double laminated 3/4" plywood for a massive 1.5" slab. A few hours later it was delivered back to the casino where they felted it and reassembled their craps table.

Last year I also helped them repair their drink rail which glows from an overhead neon light. 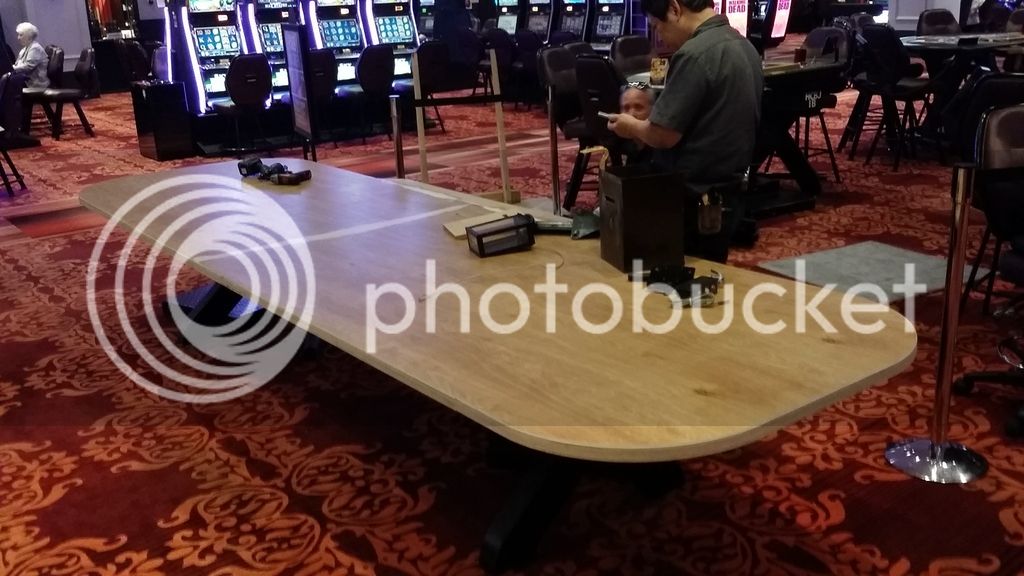 Here's the table before it was taken apart: 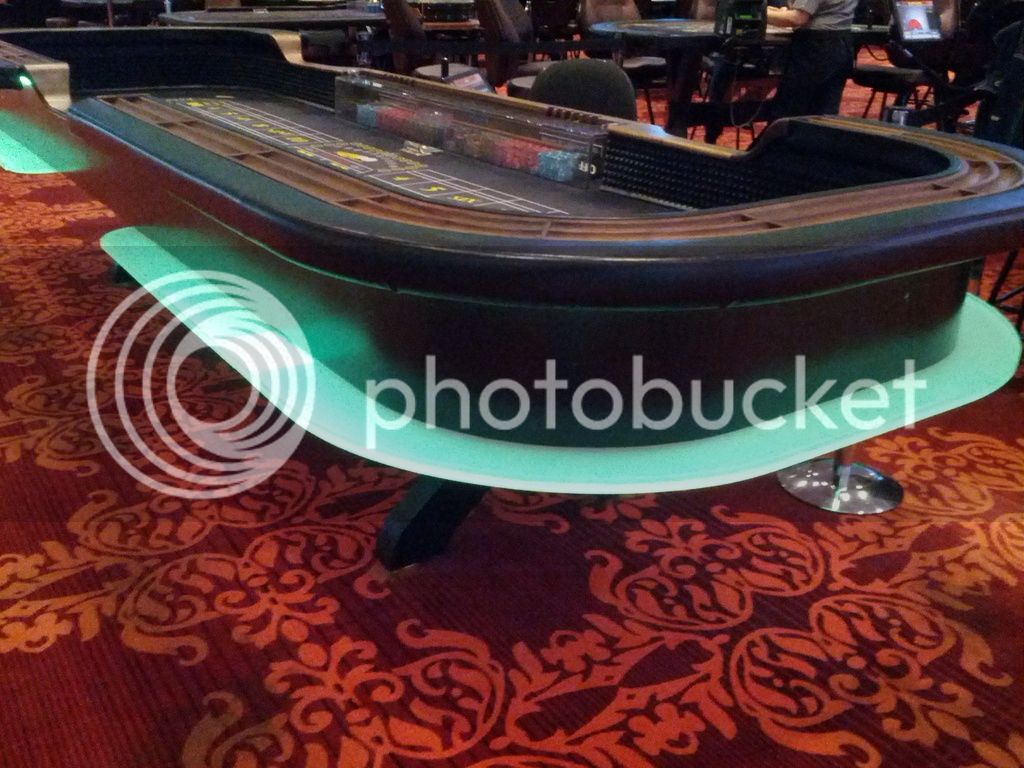 It's a special type of acrylic which disperses light. A neon light just under the rail makes it glow.

You should advertise your services to the casinos in Macau. Would make for a nice vacation.
You must log in or register to reply here.

B
60” Round Poker Table – First Build